Are you driven to help the world's most vulnerable citizens? Do you love kids and want to help them thrive? There are many different childcare placements available throughout the world with Bamboo.

I went with GVN to Kenya in 2012 and I have just been back for a second time (2014). I was picked up from the airport when I arrived and spent a couple of nights with a homestay during the induction. I spent a month volunteering at Shelter Children's Home. It was the most amazing month of my life, hence why I have just been back to the same orphanage a second time. GVN were amazing support while I was there and it really made for a smooth first trip to Kenya. There was always someone we could call or txt if we needed anything or wanted information. We also got taken on small outings during a few weekends and got to visit animal orphanages. I made some amazing friends from the trip and we met up socially during weekends while we were there. I was so pleased to have been placed in the amazing Shelter Children's Home and it now it my African home. I will go back as often as possible. GVN were amazing and supportive, before, during and after my trip. I highly recommend GVN to anyone wanting to volunteer.

Our initial plan was to teach the kids English, however, because they were on their Christmas break we decided to give them a more relaxing experience as they get enough of learning when they go to school which most of them do. Instead we engaged them in a lot of sports activities; soccer, volleyball and table tennis, played with them (bought them a lot of toys and various board games), there was an “art room” where they could be creative, draw and paint, and there was actually a computer room (sponsored by a Korean NGO) so here they could practice using Word etc. and I also let them play computer games. For the older kids (16-20 y.o.) they really just liked to talk to us to hear more about life when you leave the orphanage (life as a grown up basically), which educations they should go for, how to apply for jobs once they finish their education etc. etc.

For New Year’s we organised a party in cooperation with 15 of the teenagers which was a huge success. The kids themselves organised entertainment all night long spanning from a singing contest, a dancing contest, speeches, a catwalk show and a comedy show. We provided food, beverage, decorations and music. It was a blast of a party.

In addition, we arranged a day out where we took a bunch of the kids out for a 5-6 hour trekking tour to the nearby Mount Kigali.

What would you improve about this program?
I would have stayed longer :-)
Did you find this review helpful?
Vote up! 0
Vote down! 0

I was a naive eighteen year old girl who had just graduated from high school and had no idea what awaited me. I had never traveled abroad alone before and I was nervous about what awaited me. I ended up on a plane to Vietnam, scared and unsure of what awaited me. Volunteering with GVN in Vietnam was the most amazing experience of my life. Since volunteering with them the first time three years ago, I have been back two more times and am about to go back again this summer. GVN was the best thing I have ever done with my life and has shaped me into the young woman I am today. I wouldn't trade my experience for anything. I highly recommend this program to ANYONE and EVERYONE who is interested in going abroad!

I participated in this program in 2005 and had an amazing time - I have been involved ever since and every time I go back to visit it is a great experience. Everything is well planned and organized and nothing was a problem. A fantastic experience that everyone should do

Bamboo is the next step in independent volunteering and adventure travel.

We're dedicated to pushing the boundaries of what responsible tourism is all about. Our dedicated team, consisting of the perfect mix of international travellers and passionate locals, know exactly how to ensure that both you, our hearty traveller, and the communities that...

END_OF_DOCUMENT_TOKEN_TO_BE_REPLACED The centre located in Ba Vi, Hanoi that is supported by our partner... 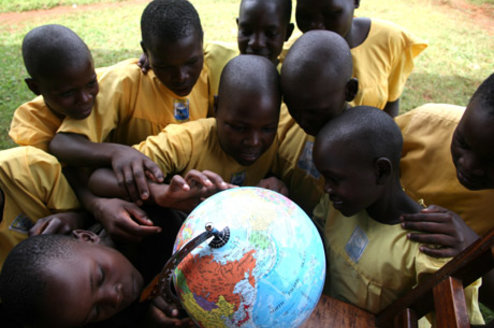 Bamboo has opportunities aimed at providing Childcare in remote... 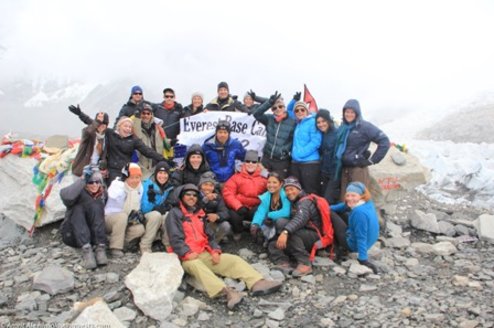 Are you ready for the adventure of a lifetime? Our Everest Base Camp...