Love Volunteers partners with a local Rwandan organization to give volunteers the opportunity to assist with numerous different aspects of Community Development in Rwamagana -- a relatively large town about an hour from the capitol, Kigali. Although challenging, working to improve the quality of life of locals in this beautiful, mountainous country is immensely rewarding.

Love Volunteers in Rwanda can expect to help with an agricultural co-operative, from assisting with tending the land, harvesting crops, selling crops at local markets, and in assisting with educating the women involved in the project on sustainable agricultural techniques. Volunteers may also be called upon to teach English to the participants in order to improve their future livelihoods. Visit our website for more details!

Don't just be a volunteer...join us in Rwanda and become a LOVE VOLUNTEER! 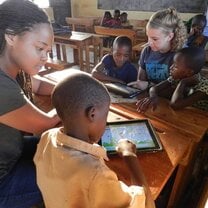 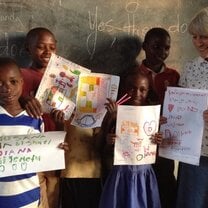 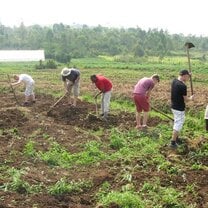 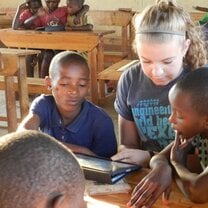 When I had the opportunity to go to a local football(soccer) game in town I took it. I offered to pay at the entrance to the field, but was told to 'just go in'. The game had started and I made my way through the standing crowd to about mid-field. I was the only foreigner. Most of the crowd were home town fans and they were enthusiastic and LOUD. The rival team had two men drumming full tilt.
It wasn't long before our team scored! A jubilant young man in the crowd turned, walked over to me, and shook my hand in congratulations. I knew I was in a very special town indeed.

What would you improve about this program?
I'd try to vary the meals a little more.
22 people found this review helpful.
Helpful  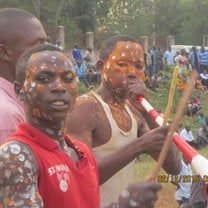 Hi Phyllis,
Thanks so much for taking the time to share your wonderful experience of 'real life' in Rwanda.
We love hearing about how our volunteers have immersed themselves into the local culture whilst on placement - it make such a difference to both the local people and the experience the volunteer has!
Thanks again for being a fantastic volunteer. We'd love to have you join us again in the future.
The Team @ Love Volunteers

My boyfriend and I just came back from our volunteering trip in Rwanda. We were really disappointed when we got there because nothing that writes on Love Volunteer website is correct. Well, you could claim it is correct, but the house and community in Rwanda is represented way better than it actually is in many aspects.
Firstly, we got there and the school was almost finishing so we were told we could only SUPERVISE kids while they were doing tests, but that wasn't what we came for--we were not told that school was finishing even though we signed up for teaching program. Then, we were expected to go farming and housebuilding (the programs we did not sign up for and when we told them we came here to teach, they didn't understand what we were saying) every day and carry the heavy bricks for 700 meters even though we had a car. I just could not carry the mud bricks that weighted up to 30kg! We told our host we could use their car to bring many bricks at once and not to carry them one by one in +30 degrees, but they told us we couldn't do that.
In the end, we managed to teach, but just for a few hours. But, everything is unorganised. When we got to the school, our host told us to tell the headmaster what we wanted, and we were unprepared for that because we thought that everything was prearranged. Also, on Love Volunteers website it writes that you volunteer every day from 8 am to 5 pm, which is not true. We volunteered for two hours, then we had couple of hours off and then we volunteered for two hours or so again.
Another thing is that there simply wasn't enough food. Every day there was around 8 of us eating portions of food meant for three people. And it was low calorie food, which you just couldn't eat enough of in order not to feel hungry. We were dizzy and hungry most days, sometimes we even couldn't fall asleep because we were too hungry to do so. For example, one morning for breakfast there were three slices of toast for five of us, and there was no spreading for a few days.
Another surprise was the shower and toilet. From Love Volunteers website we concluded that everything was modern and up to some western standards (because you said on the website that we had wi-fi, kitchen and laundry -- none of which we had btw.), but it wasn't. The shower and the toilet were outside the house, in the back. We were supposed to shower with bucket, and the toilet was a hole in the ground with cockroaches inside of it. Even though you said there was wi-fi, it wasn't working for the whole time we were there. The kitchen consisted of a refrigerator and nothing else. The place where they cooked was outside the house, in the back, on the open. There was no laundry - unless you call washing the clothes in a bucket and then leaving them on the grass to dry laundry. We got our clothes after a few days, having asked for it several times. We got it still wet and stinky from the moisture that didn't go away after washing it. The garbage is situated in the garden. Better said, they use the garden solely for disposing trash - everywhere.
Also, we weren't allowed to sleep in the same room, seclude from the "Christian community" or even hug - which you are supposed to say on Love Volunteers website because it says that couples are allowed.
Our rooms were part of the offices in which they were working.
When we went to a National park, we asked they make us some food for the trip. However, they said that they couldn't do that and that there was no food. And when we told them that we were going to buy the food and cook it ourselves, they said that we were not allowed to use the kitchen to cook.

Apart from all the bad things, there were some good ones as well. Denis, who lives in the house we stayed in, is really the nicest person we ever met. He is always laughing, never sees anything as a problem. We had fun donating goats and had a good time teaching at homework club. Those kids were truly amazing and interested in what we were talking, so we really felt welcomed in the classes we had.

We appreciate you taking the time to provide this feedback and hope to address some of the issues you raise. It's very important that volunteers are mentally prepared before they travel to the developing countries they choose to volunteer in. Reviews such as yours are a huge help in this regard.

We're sorry to hear that the accommodation and volunteering roles weren't up to your expectations. It's our job to prepare volunteers for their volunteering experience and, as such, we attempt to make it clear in correspondence and our Guidebook that facilities in Rwanda are very basic.

The partners we work with are underfunded and under-resourced and operating in locations that have only the very basic amenities (which is why they need the help of volunteers such as yourself). Our local teams do their very best to make sure that volunteers are safe and as comfortable as possible but things often do not run smoothly. Even they cannot predict what circumstances will be like when individual volunteers are on placement and we can only ask that volunteers be open-minded, flexible and willing to make the most of the situation.

It's such a pleasure to hear you say that Denis (our local team member) was "really the nicest person we ever met" and that the "kids were truly amazing". The children, after all, are what this program is all about and we're so pleased we were able to help you help them.

Thanks again for providing this feedback. We wish you all the best for the future.

Program
Make a REAL difference in Rwanda with Love Volunteers!
Toronto, Ontario born and bred, Phyllis is a now retired. In her newfound free time you can find her spending time with her grandchildren and fabulous friends, or dragon boating and outrigger canoeing as soon as the ice is off the lake. She is an avid follower of West African music. 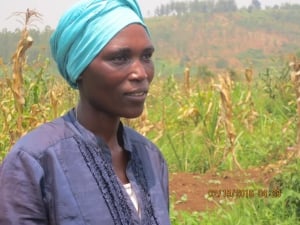 I was curious to see for myself how Rwanda was faring 20 years after the genocide. This program offered a variety of opportunities to meet and interact with locals. This was a great fit with my main reason for traveling which is to learn about life in other parts of the world.

To keep an open mind and an open heart.

Make the effort to hang out with people in the town and in the countryside so you get a truer perspective of the country.

While walking up the steep hill on the co-op farm with the women who work it in the mid-day heat, I stopped for a moment to catch my breath. The woman in front of me stopped as well, turned, and offered me her hand, saying "you must try". I laughed, took her hand, and carried on to the top.

We are just a handful of passionate people working hard to help volunteers and local communities around the world. We don't have huge overheads - no company cars, no downtown office - we're just volunteers who thought we could do a better job. We work with local organisations wherever we can to keep administration costs to a minimum and also to... END_OF_DOCUMENT_TOKEN_TO_BE_REPLACED 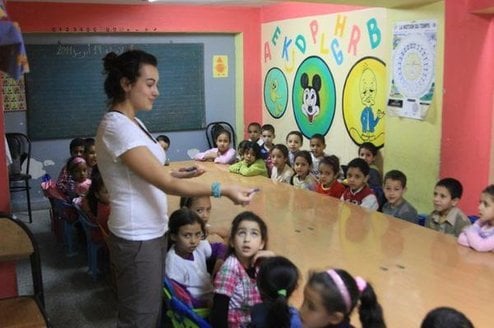 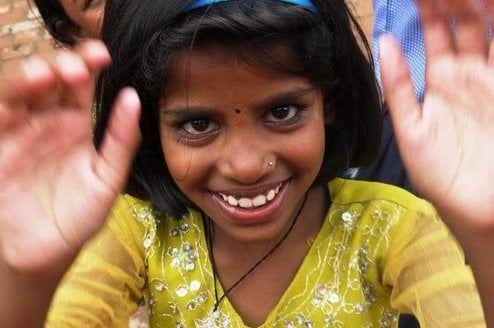 Make a REAL difference in Nepal with Love Volunteers!

Nepal
4.69 •13 reviews
Join Love Volunteers for the volunteer experience of a lifetime in...
View Program 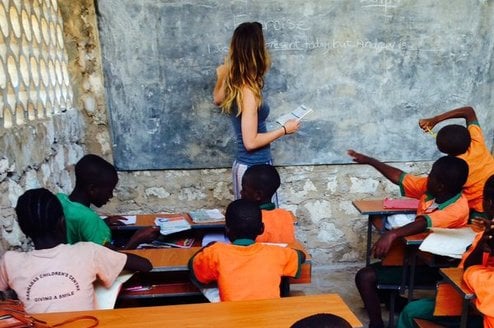