Views of Temple in Nepal

Building for the School Nepal

Children at school playing outside

Taking photos at base of mountains

Women at the female empowerment project

From the Himalayas, to UNESCO World Heritage Sites including Pashupatinath Temple, to the incredible people and wildlife, Nepal is an incredible destination for the adventurous. Though one of the poorest countries in the world, it is also one of the happiest. Nepali people have a peaceful and giving nature which you will experience on a daily basis during your placement.

Kaya Responsible Travel work with volunteer placements in Nepal which strive to make a lasting positive impact on the surrounding community. Specifically focused on the empowerment of women and children that have come from vulnerable backgrounds, including victims of domestic abuse and sex trafficking, the project teaches women organic farming methods, and the women are provided with their own plot of land to tend. The farm has a school for children, which you would also be volunteering in on this placement.

I spent 2 weeks in Neapl. Originally I had signed up to work in a Kathmandu project, for a school which catered to "at risk children". However at the time of my arrival, a big festival was occurring and schools were closed for the holidays. I was therefore taken to a women’s farm cooperative which is also a part of another project with Kaya, situated in a rural part of Nepal outside Kathmandu. It was an 1&1/2 bus ride & 2 hour trek to the village. When we arrived at the house I was greeted with music and dancing and instantly fell in love with the place.

The village itself has a school where the children attend schooling and the women's farm also has a classroom where extra English is taught, the classroom is basic however that doesn't stop the children's keenness to learn. They always attended with smiles on their faces, spoke in English as much as they could, and were always in the mood to learn new things. The biggest challenge I had with teaching, was trying to cater the needs of all the children who were at different stages in regards to their ability to learn and understand. Classes will run a lot more smooth if there's at least two teachers working there.

The volunteer house had a couple women who live there with their children. A girl, who the project on the ground had "adopted", Plus girls and guys from the village and Kathmandu who worked and lived there on a daily basis. everyone was so loving and welcoming and treated me like family, keeping me involved in their daily activities. And if you ever wanted to go off the farm and do other activities for a few days, like trekking, the staff were always happy to help organise it for You.

Overall I enjoyed my time on the project. Things ran as smooth as they could, and when inevitable changes were made; I wasn't left in the lurch. I will definitely go back again in a few years!

What would you improve about this program?
Communication between the staff at Kaya and Nepal, e.g when the schools were closed for the festival, I found this out only after I arrived.
Did you find this review helpful?
Vote up! 0
Vote down! 0

A great experience in a small school for children. An incredible homestay in a rural placement. A fantastic welcoming from the rural family and a great friendship was developed.

A negative experience with the 'on the ground' team in Nepal. For the price paid one would most certainly have expected clear organisation of transport to rural placement. It would be very easy to organise this on Tourist type buses which enable you to have your own seat, as opposed to travelling in a bus designated for 8 people with 30 actually travelling on it.

A well travelled individual I am very understanding of the transportation methods and what is deemed as normal in Nepal however an organisation which caters for paying customers I would expect that their safety is paramount in the organisations mind, even before the volunteering itself. How productive can one be if one does not make it to the placement because of poor quality of care for individuals.

This was further highlighted when on more than one occasion there was a significant amount of confusion over individuals being picked up from the airport. If your volunteering includes airport pick up, don't count on them being there. We had a number to call as part of a volunteer pack, but again what use is this when you have just arrived in country, great if you have a mobile, but then what use is the organisations number if no one answers! Luckily I was travelling with someone but there were individuals who arrived during the middle of the night and struggled to find the volunteer house.

While working in the education establishments was rewarding I also experienced that other individuals who were promised micro-financing spent one afternoon of a 4 week programme doing excel within a community. I personally feel a few things need to be made a little clearer to individuals so their expectations are not so high. Sustainable travel maybe?! Safe volunteering, questionable.

We felt there was a lack of coordination between kaya and their Nepal based volunteer provider. Teaching placement in Kathmandu was excellent. Hospital placement had no programme or thought put into the volunteer's role. Homestay for the rural placement was excellent, a definite highlight but again more thought needs to be put into the volunteer placement.. There were up to 10 volunteers at a time arriving with no coordination. Kaya did not ask for any official feedback and their reply to our feedback did not acknowledge room for any improvement on their part. Come on we all look to make changes

I had the most amazing time in Nepal. Nepali people are the friendliest and most welcoming people I've ever met. The culture is so rich and beautiful. Many parts of the country are untouched my modern technology so holds many natural beauties. I work at a Community Hospital called Helping Hands that provides affordable healthcare to the lower class population. People would travel for 5 days to get here. I also worked at a preschool/school called Orchid Garden that provided free schooling for low income families. Without this school, the children would have no where to go and would definitely not grow up the same way. I cannot put my experiences into words; it became apart of my soul and I am definitely going back in a couple years.

Nepal is well known for holding 8 of the 10 highest peaks in the world with the most famous and tallest being Mount Everest. Although most people think of the many large peaks that are prevalent across the landlocked country of Nepal, around a third of the country is considered subtropical. Whether you are a climber or not, Nepal has a variety of activities for any type of traveler.

Make a difference to someone's life, whilst changing yours. If you are ready to see the world, and to experience cultures and landscapes that are far from your own, then volunteering abroad is a fantastic way to do that.
Kaya gives you the opportunity to gain invaluable work experience overseas, and to embark upon a fantastic adventure that will...

END_OF_DOCUMENT_TOKEN_TO_BE_REPLACED 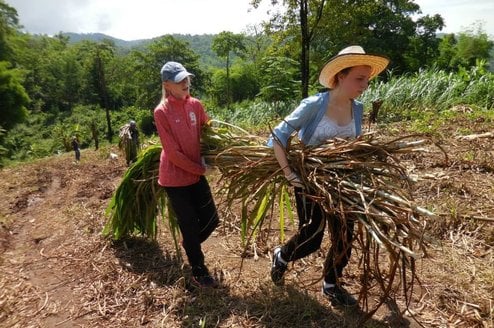 Famous for their food, paradise islands, and bustling cities, Thailand... Kaya Volunteer Programs in the Philippines

With more than 7,000 islands, hundreds of miles of white-sand beaches... 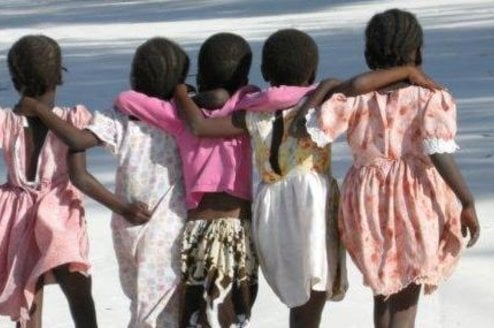 Tanzania is the largest country in East Africa, and is home to...