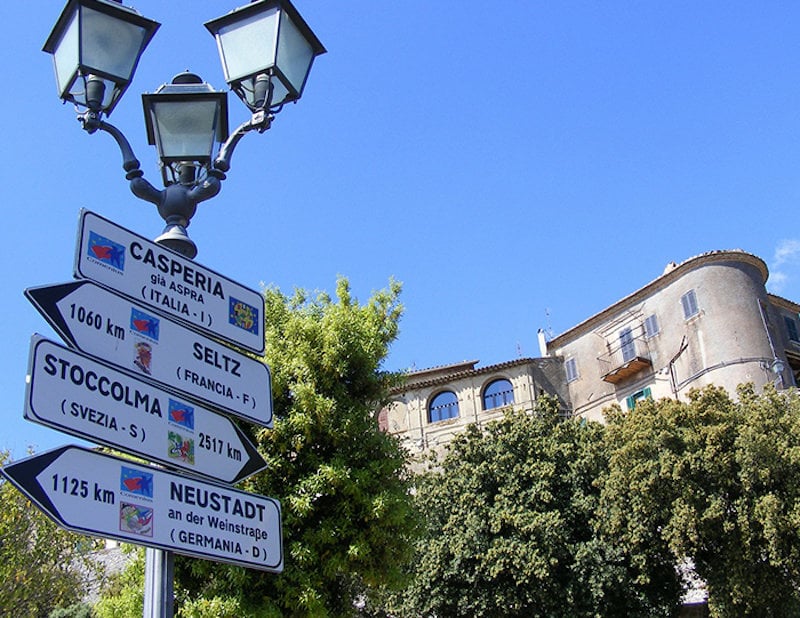 Everyone always says learning a language abroad is so much easier than studying one at home. However, even if it's easier, learning a new language abroad isn't always easy, not to mention the struggle to become fluent. Whether you're studying French, Spanish, German, Chinese, or Arabic, all language students abroad tend to have the same problem:

The hardest part about learning a language abroad is forcing yourself to use it outside of the classroom.

It should be easy right? You're constantly surrounded by the language and people who speak it fluently. You'll be fluent in no time!

Unfortunately, immersing yourself in a language is a lot harder than it seems. If you're not a full-time student or you don't have a language pledge, it can be especially difficult and even time-consuming.

Today I'm going to give you seven things that are difficult about learning a language outside of the classroom and what you can do to overcome these language learning challenges.

1. You've Never Practiced Having a Conversation

When I studied abroad in China, I could easily speak Mandarin in class, but I couldn't actually have a conversation. I'd get so hung up on trying to remember the grammar that I'd stumble all over myself and fail to say anything. I was so used to answering set questions using grammar patterns we had studied recently, but I'd never actually practiced having a real conversation in Chinese before!

Thankfully, my language partner noticed this and forced me to spend hours each week talking to him. We'd go on little Chinese language dates to a cafe or restaurant, and he'd refuse to let me speak English the entire time. We even had to text in Chinese! Every time I made a mistake he'd correct me and make me say the sentence again.

While at first, I was a mess, gradually I improved to the point that he started inviting me to meals with his friends every Sunday. Being forced to practice conversational Chinese gave me the confidence I needed to really immerse myself in the local culture and pick up the language.

Find yourself a language partner or local friend who will practice with you. Give yourself a set time every week (or multiple times a week) where you only practice having a conversation in the local language. It's fine if you need to use a little English, but don't let yourself lapse for too long!

2. Locals Wanting to Speak English with You

Thankfully in China, not many of the locals are comfortable speaking English to you, but in many other countries, the locals may speak English very well. In this case, locals might switch to English when they hear you butchering their language. They may be annoyed at your attempts or assume speaking English is easier for everyone involved.

Even I'm guilty of switching to Chinese when people try to practice their English with me! Sometimes it's really just easier than struggling through a conversation with someone that is trying to practice.

Again, the best course of action here is to find yourself some local friends or a language partner and politely request they allow you to practice the local language with them. Go out to coffee or grab dinner and try not to use English!

You can also tell the person you're talking to that you'd love to practice the local language with them, but don't be offended if they're in a hurry and don't have the time to help you out.

Finally, you can try traveling off the beaten path during your breaks. Head to a place where locals are less likely to speak English, and you'll be forced to practice! 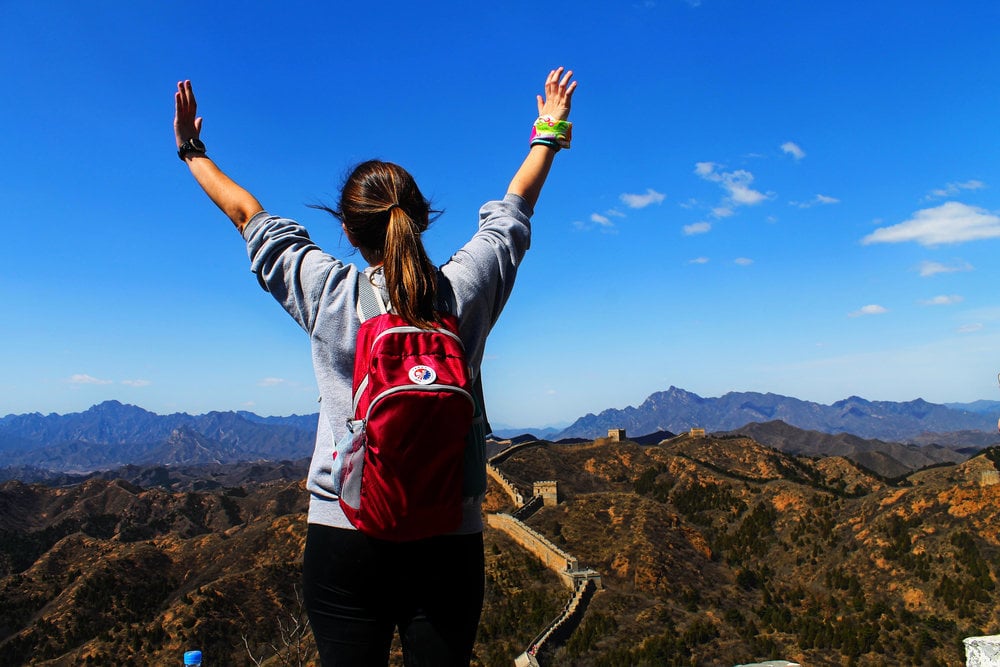 When I taught English in the Chinese countryside for a year, most of the locals around me spoke the Ningbo dialect, which is nothing like standard Mandarin Chinese. Even when locals did try to speak Mandarin to me, they had such a heavy accent that it was hard for me to understand. Basically, I spent a year during which everyone could understand me, but I couldn't understand anyone else!

One of my friends studying Arabic had a similar problem. She spent a summer studying in Morocco, where the Arabic is different from the standard version she learned in school. In order to communicate with her host family and her teachers, she needed to learn the Moroccan dialect.

Similarly, a lot of Spanish learners will find that the local slang and accents can vary widely from country to country throughout Latin America and Spain.

My best suggestion is to study in a place that speaks the most standard version of your language. That means if you're heading to Spain, Madrid might be better than Barcelona. Want to study Mandarin? Try Beijing or Harbin instead of Hong Kong.

If for some reason you're surrounded by people who speak a dialect or have a strong accent, try to find people to communicate with. For example, at my school, I could speak Mandarin with the school Chinese teachers, who have to speak Mandarin perfectly for their job. I also took frequent trips to the city where locals spoke with a more standardized accent.

You can also take this as an opportunity to pick up a bit of a new dialect. While I hate to say I only learned a few phrases in Ningbo dialect, my friend now speaks Moroccan Arabic very well!

4. You Have No Local Friends

Trust me, whether you're studying abroad or working as an expat, making local friends is hard. If you don't have a local roommate, coworkers, or an assigned language partner, it can be really difficult to find friends to practice with. Most of my local friends still speak much better English than my Chinese!

So how did I make local friends? I joined school clubs and activities! I chose to join an audition-only dance group where I was one of two foreign students. Most of my fellow dancers were in their first year of college and weren't very comfortable practicing English. Because of this, we used Chinese to communicate, and I got really good at learning dance choreography in Mandarin!

If you're not in school, try joining a local organization. I currently live in Beijing where there are plenty of opportunities to meet locals. I've joined the local salsa scene, participated in bilingual improv comedy, and attended Internations networking events. You can also try using Meetup.com to see what interesting groups are in your area.

5. Your Friends Speak the Language Better than You I can't even tell you how many times my friends have told me they don't need to learn Chinese because they have me to speak it for them. I'll admit, I've fallen into this trap too! When I studied abroad in Beijing, many of my friends spoke fluent Chinese. Some of them even competed in Chinese reality TV language competitions! It was so easy to let them talk for me, so I almost never practiced outside of the classroom.

After studying in Beijing, I moved to Xi'an where my Chinese was now suddenly the best of the group. My skills improved so fast that summer, mainly because I was forced to be the communicator for everyone. Even though my Chinese wasn't any better than before, I now had to step up to the plate and translate for my group.

Now I find myself doing the same thing for all my friends in China. Every time something needs someone to talk, it's just easier for me to do it.

Tell your friends they need to let you try communicating. I have a few friends who've asked me to do this. I'll tell them what to say in Chinese, and then let them practice, stepping in only when necessary. Try simple phrases at first: ordering food, asking for the menu, or paying a bill. Eventually, you can try more complicated phrases.

Sometimes it's really nice to have a friend there for back-up if you get nervous. Have your friend prep you a few times before you practice on a local, and eventually you'll feel confident enough to try for yourself.

6. Native Speakers Speak Too Quickly or Use Colloquial Language

One of the biggest problems I've seen in China is that native speakers speak too quickly. When you ask for clarification, Chinese people tend to speak faster and louder, which can be even more confusing! When native speakers talk to one another, it can also be really hard to jump into the conversation. Whether it's the speed or the colloquial language, I often feel lost even though I'm almost fluent!

For those of you who are just starting out, learn the phrase "Sorry, can you repeat it slower?" This is much more specific than "I don't understand", and will let native speakers know you need them to slow down, and possibly say things using simpler language.

If you're a more advanced speaker, try speaking with a local one-on-one and work yourself up to participating in a group conversation. Once you get comfortable with the speed, it'll become easier to pick up on colloquial language. Don't be afraid to butt in and say "what does that mean?" You'll probably learn some really interesting local phrases!

7. You Feel Inferior to Other Language Learners

Chances are, these people will not judge you and will actually commend you on making an effort. I never judge people who are attempting to practice their Chinese, so why should they judge me? If you have a friend who is proficient in the local language, let them know you need an extra push to practice. Any decent friend will be sure to help you improve, and you'll get better in no time!

Overall, learning a language abroad is much easier than studying at home. However, you really have to make an active effort and fully immerse yourself in the culture to reap the benefits. But if you follow these tips above, you'll be fluent in no time!