Are you ready to make a difference? Then this may be the program for you. The Thinking Beyond Borders Asia semester offers deep cultural immersion along with experiential learning. You will explore environmental justice and become a part of families in two countries. You’ll learn Thai and Hindi and work alongside local experts. The result? A learning journey that will help shape your future. 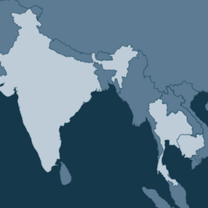 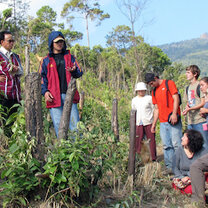 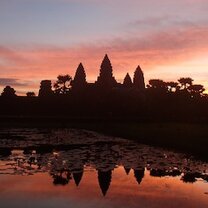 Before leaving for my 3 month adventure I was nervous that I wouldn't grow and change as a person , but now I look back and I'm happy to say that I become a more aware and culturally immersed person. TBB creates such a amazing and supportive community! I have so many positive memories from just these three months abroad. I'm still in awe of how much I have grown and flourished because of TBB! I would recommend it to anyone!

TBB definitely changed my life. Studying sustainable agriculture in Thailand was magical, and working with students in India was truly an amazing, once in a lifetime experience. I would recommend this for any student looking to take a gap year

What would you improve about this program?
I would have there be more diversity within the group
16 people found this review helpful.
Helpful  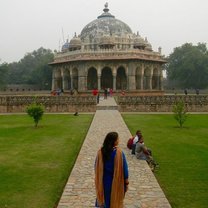 TBB gives you an opportunity to travel and reflect on the impact you're making. This isn't a service trip, and it's not an adventurous trek. It's a meaningful learning space where you get to know the people around you and yourself on a level you couldn't even imagine before leaving for the trip.

It's difficult to put my TBB experience into words, but I'll start off by saying it was (as cliche as it sounds) amazing. I felt that I was constantly being challenged to step out of my comfort zone and think in new ways, and as a result, I feel that I grew enormously over the course of the trip. After studying development, sustainable agriculture, and education in depth, I think I am far more prepared to play the role of an active, responsible, and compassionate global citizen. My parents and I agree that this was a very wise investment in my overall education. I can't imagine not having done this program.

I participated on Thinking Beyond Border's South Asia gap semester program. From the most empowering leaders, to the most amazing experiences, to learning and broadening my perspective of the world, I have nothing but absolutely incredible things to say about this program. I learned how to think more critically about everything in my life, and I formed relationships that will last forever. If you are thinking of participating in a Thinking Beyond Borders program, you definitely should, it will change your life for the better in so many ways.

I've never been challenged more in my life than I was on this program, but it was exactly what I needed and I can't imagine if I would have done any other program! TBB taught me how to think and how to question. It opened my eyes to issues in the world that I never even knew existed. Because of my experiences on this trip I am now more motivated than ever to find my role in global development and be a true citizen of the world! 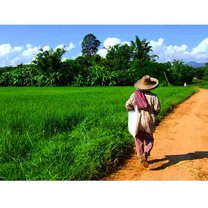 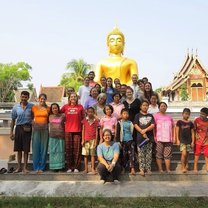 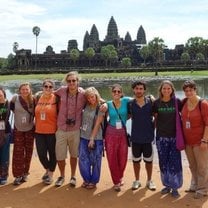 As an American-born citizen of Indian origin, I had assumed I had little to learn about South Asia. But the truth is it turned out to be so much more foreign than I had thought. However, after my time with TBB in India, Thailand, and Cambodia, I feel a newfound comfort and respect for the cultural intricacies that make South Asia different and challenging, yet incredibly special.

In Jaipur, India I faced the struggles of an overpopulated nation seeking to educate its people in one of the most difficult settings possible. Teaching children from the slums of Jagatpura in a tiny concrete room English and Math was never easy. My peers and I had to fight language barriers, constant chaos, and devilishly naughty children. But a mutual affection soon grew between us and the kids, a connection both sides needed to embrace in order to progress. It takes a lot of effort, but after an hour of constant supervision and support, seeing one of my students finally understand how to multiply two and three digit numbers was one of the most fulfilling moments in my life. More than anything, I took away an understanding of the real difficulties of global education, just legislation and political promises are not enough.

In Thailand, I was forced as far out of my comfort zone as I've ever been, and I'm so glad I was. Living in the rural Thai villages of Mae Tah and Huae Tong Kow was enlightening and challenging at the same time. We had to make do with limited language ability, complete isolation from internet and electricity, and the apprehension of being in a completely foreign culture. But in our time there, we made connections to our hosts that I will never forget - we spoke different languages and looked different, but living, eating, and sleeping under the same roof made us family. We also learned about sustainable organic agricultural practices that these people were pioneering - they showed us that being environmentally responsible while still producing enough to feed the family is absolutely possible.

Overall, I'm glad I went. It may be the other side of the world with practices and norms that we don't quite understand, but this program made me see our similarities, and come to love the differences for what they are.

What would you improve about this program?
The program I went on also included units in South Africa and Ecuador as a Global Gap Year, which meant that our focus had to be broader than simply South Asia. I'm jealous of those who will get the opportunity to dedicate everything to understanding and loving these countries and their people.
12 people found this review helpful.
Helpful 

During one of the Thinking Beyond Borders programs I led we stayed in a rural Indian village. The people there had not had much interaction with foreigners and the six weeks we spent there were FULL of special (and often hilarious) moments juxtaposing American and Indian values and culture.

One day, a student went home after a seminar to find her host mother, grandmother, and aunts happily awaiting her arrival. They were excited to show her how much fun they'd had with her things all day. They had a fashion show, each trying on her American clothing and and documented the whole thing- with her camera!

Before I went to Thailand, I thought of it as too touristy to make it to the top of my wish list. However, I led a program for TBB in northern Thailand and fell in love- with the country (gorgeous, even in the north), the people (SO friendly), and the program/partner organization we were working with (so intentional & thoughtful). Also, of course, the food!

While I find some places easier to visit than others (in the sense that they are less stressful), I don’t know that I would categorize any place I’ve visited as overrated. For example, I went to Arusha, Tanzania recently and found the entrepreneurs there are more aggressive than I had noticed elsewhere. While uncomfortable for me, I found this fascinating and would go back in a heartbeat. Also, the Serengeti is magnificent.

In my opinion, a company is successful if it's able to keep it's values and mission intact and if those serving and being served by this mission are happy. I also think that a company's success depends on it nurturing an environment of respect, creativity, and empowerment.

Working for TBB has been the most transformative experience of my life. Not only have I learned a great deal about the world but it has also afforded me the opportunity to become a more thoughtful and compassionate person. The intense nature of the mentoring relationship has taught me an enormous amount. I have a great deal of respect for the struggle that these 17-22 year olds have chosen to embrace.

TBB embodies a spirit of continual growth. The leadership is purpose-driven and there's a reassuring intentionality present in everything they do. For example, at the end of the program, after the students have gone and everyone is exhausted, the staff gets together one last time. This time it's to revisit everything- from budgeting to curriculum. Everyone participates; charting paper is marked up and taped to walls and discussions spill over onto the tennis court. The program directors work hard to capture this feedback and returned staff see the fruits of these labors reflected in the next year’s program. In my opinion, this honors and embraces the value of each person's unique perspective.

There's a graduation ceremony at the end of the year. During this ceremony, the students are asked to talk about how they've changed and what they've learned. As you might imagine, this is a beautiful moment for someone like me who's been working to support that growth.

While there are so many impressive updates on TBB alumni that I could share, here’s one which stands out because the update came from a unique place:

I had a student a few years ago who is a pleasure to be around- he has a great sense of humor, is a natural leader, a genuinely kind human being, and incredibly intelligent. During the year, this student chose to focus on pieces of the program other than the curriculum. From my perspective, it seemed that he didn’t have much interest in the academics. Fair enough. My co-leaders and I saw him putting in tons of effort in other ways. Two years later his sister joined TBB and was in my group. We talked about her brother a lot during the first few weeks while getting to know each other. She told me that during the summer following TBB, her brother read everything- the whole year’s curriculum. She said that she’d never seen him like that before. She provided insight into what the transformation of one of my former students looked like to those closest to him- and, oddly, what they saw was the one thing we didn’t.

For me, this story is a good reminder that everyone has their own process, that there’s always more than meet’s the eye & that these experiences serve as inspiration throughout our lives.

*This organization is no longer operating programs. The global community faces complex challenges that require more than simple responses. Thinking Beyond Border provided the skills and experience need to help gap year students find sustainable solutions. Living alongside local families and learning from leaders working to address issues like... END_OF_DOCUMENT_TOKEN_TO_BE_REPLACED 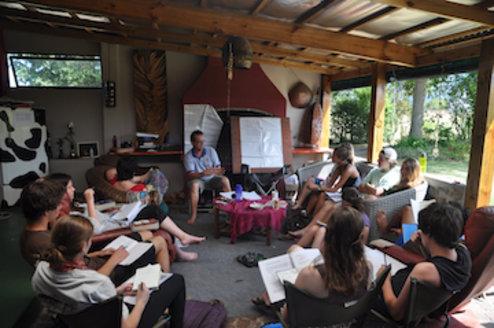 Gap Year Opportunities Around the Globe with Thinking Beyond Borders

Multiple Countries
9.71 •49 reviews
We believe that a gap year should offer more than just travel or...
View Program 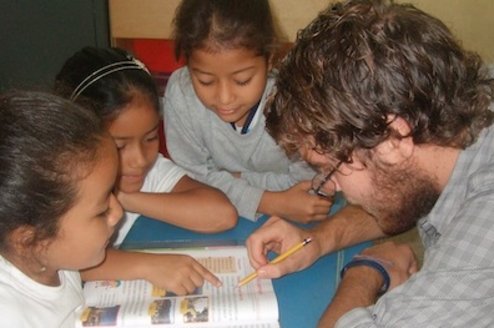 Gap Year Semester in Latin America with Thinking Beyond Borders