What originally inspired to join the CRCC in Beijing?

George: I decided to intern in China over my senior summer for a couple of reasons. I think the most important one was that I was looking for something to do. I had previously spent my junior year of high school living with a host family in Beijing so I knew my way around the culture and language relatively well. I figured getting a job in China would be great on a couple of levels - I would have massive amounts of freedom to enjoy my summer before college, I would get work experience that would differentiate me from my peers and I would be able to practice and improve my Chinese. 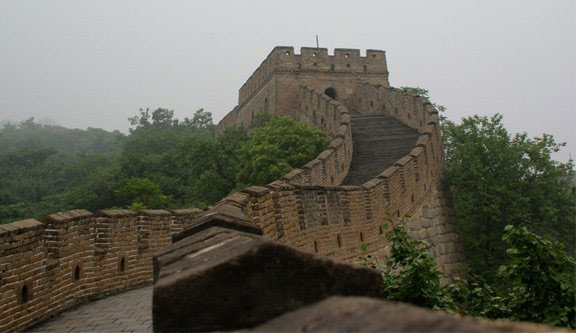 Describe your day to day activities as an intern in Beijing.

George: My work schedule was extremely variable since I was acting as an assistant to the general manager. It's not a very well defined job. Over my time there I did some translating work, read over a few legal contracts, helped to manage an artificial beach attached to the site my company was developing, worked on a promotional movie (they needed a foreigner). I also did a fake interview at the beach on live t.v. (in Chinese), organized a volleyball tournament... I did some pretty wild things, but in between them it was pretty dull sometimes. I think that is pretty understandable as a recent high school graduate since I didn't really have a marketable skill and it took my coworkers (local people since it was a local company) to really come to terms with the idea that I, a foreigner, could be helpful to them. More generally, I would say that I woke up around 10 most days and got to work by 10:30/11 (I had very casual work hours as long as I finished things on time), I would tend to eat lunch in the local area and go out for dinner with some friends, or to one of the many social events in Shanghai.

George: I think one of the biggest impacts this internship had on my future is that I learned that I definitely don't want to work full time in a Chinese company. It was definitely a learning experience.

CRCC Asia offers award-winning internship programs in Beijing, Shenzhen & Shanghai in China. Constantly reimagining itself as it races towards the future, yet inextricably linked to its glorious, notorious past, China is as compelling as it is complex...this is your opportunity to work there. We...