Through an effective combination of efficient study methods and a personalized curriculum, our private Chinese courses adopts a specialized blend of teaching methods to meet with your academic needs and demands.

With XMandarin's private courses, you can arrange a weekly timetable from 4 to 20 lessons at your convenience with our professional teachers focusing on your study needs and interests!

Highlights
8.7 Rating
based on 10 reviews
Leave a Review
Good for Students, Adventure travelers
Showing 1 - 8 of 10

XMandarin has been a great experience for me in China. Not only have I levelled up considerately my Chinese in the period of 5 months, but I´ve also made great friends, who also happen to be teachers here. The teachers are very nice, and attentive, and care for their student´s learning progress. I started with group class, of only 4 people, which was very good because the focus was centred well on each of our learning needs. Then I decided I also wanted to combine group with a few private lessons with another teacher, as I wanted to also try and combine these two types of classes, in order to bolster my language acquisition. The location of the school is also very convenient as it is located in the centre of the city, and also it is 15 minutes walk from the seaside. There are many shops and good places to eat nearby, and also the best bars and clubs are about 5-10 minutes walk distance from the school. So living round the area is the best option when deciding to move to Qingdao.

I would say my experience studying at XMandarin, was great overall.
Before coming to China, I knew the basics of the language and had little to no chance to practice what I had learned. So when I came to XMandarin I hoped that I could get to practice a lot more in order to improve.
What I liked about the school is that they always payed attention to what my goals were regarding the language and helped me follow the right path to achieve them, and also suggested what to do in order to keep improving.
Also, in my experience the teachers that I had the opportunity to meet, were great, they were always very helpful and always tried to make the class more interesting and fun.

So taking this into account, I would definitely recommend the experience and would also consider doing it again.

I arrived in China without being able to say a single word in Chinese and after 5 months I have finished HSK3 level thanks to the help of my professor.
One to one classes add lots of value to students as you can improve your pronounciation and speaking easier than if you go to a group classes. In addition, they are always willing to answer your questions after class through WeChat, so if you are doing your homework and need help you won't have problems as they are always nice to provide it.
XMandarin takes care of you and prepares a schedule that fits you. If you need to change a class one day due to personal reasons they will rearrange it and it won't be a problem. Really happy about having chosen them to study chinese.
As said before, I recommend and I would repeat it.

A precious help to learn more vocabulary and help you living in China, they know how to adapt to each one level, no matter if you are a beginner or if your chinese is already almost fluent, I personally work on the HSK4 and I learn new things everytime I get a new class.

The opportunity to have a one-one class with your personal teacher is a real chance to improve faster and to create a personal relationship with someone that can judge your level with accuracy. If you plan to build something professional like creating a chinese cover letter or resume, X Mandarin help is such interesting for you.

The books are a trustworthy tool to accompany you during your evolution, and guide you through the HSK level you first targeted, I personally recommend X Mandarin.

As I was coming to China, I felt like I needed to learn some basics in Chinese. At least in order to be able to order a beer and say that I did not know how to speak Chinese. I didn't have that much previous knowledge of the language (I just learned how to say "我是法国人" (I am French) which was promptly followed by a reply in Chinese so...).

I had classes with X-Mandarin for around 100 hours. The teaching method can vary in function of the professor that you end up with but I personally only had great teachers that spoke English well enough. For example, I am more keen on doing role playing scenarios in order to use the vocabulary I currently know. There is also a manual that can use as a support during classes, which follow the different levels in Chinese (HSK 1, HSK2...). The classes are tailored to your level so you won't be thrown into the wild and they can help you if you have any question. In the end I feel that I have made a lot of progress in Chinese.
The sole issue I had is that I changed of professors 3 times, but I always managed to get along the new teacher.

On the side, some events are organized by the school, such as a trip to a local park, which is pretty neat.

This experience was really fun. I learned the basics of Chinese during 8 weeks. I met extraordinaries people and really enjoyed my time. Our classes last about 2 hours, with a lot of pronunciation activities and a lot of fun. At the end of these few weeks, I managed to gain the HSK1 level. I attended these classes in the beautiful city of Qingdao. A perfect city to make a first step in China, neither too big nor too rustic, a perfect change of scenery. In addition, it's Chinese lessons have allowed me to survive during some adventure in local restaurants where no one spoke English.Indeed, the combination of week-end lesson and application during the week, allowed me to increase myself and understand the imprint of languages. I highly recommend these classes that always take place in a good mood and with relaxation. By the way, tea is free💪

What was the most unfamiliar thing you ate?
The strangest thing I had to eat was tofu, rolled up with spicy fish-shell, soaked in a garlic and shallot sauce.
Did you find this review helpful?
Vote up! 0
Vote down! 0

One of Qingdao' temples

I did 2 short term (6 months) one-to-one Chinese language courses through Xmandarin while living in Qingdao. The teachers were friendly and professional, I really enjoyed the classes and my Chinese improved exponentially during this time.
My requirements were a little bit different from most students as I am working full time and, in this regard, I am extremely happy with the teachers as they were able to tailor lessons to my specific needs. The majority of classes were spent preparing for my HK4 exam, but there were many classes where the teachers helped me prepare for presentations that I needed to deliver in Chinese. These were invaluable! The school also arranges regular activities and these are a lot of fun - cocktail making classes, Chinese calligraphy, group trips to good places in the city.
As for Qingdao - I love this city! And the school has a very central location close by many coffeeshops, bars and restaurants, plus a nice walk away from the ocean.

What is your advice to future travelers on this program?
Join their outside activities. it adds so much context!
Did you find this review helpful?
Vote up! 0
Vote down! 0

Hi. I am hanane from Paris. I am taking chinese classes since 3 years at Xmandarin. Although it is super hard language but the great teachers are making it smother! Teachers can speak very good English which is good for beginners! Private classes are convenient, we set up a time together with the teacher in advance and in case, they are very flexible (depending on our schedule and the teachers’s schedule Too). The school is great too, for emerging the Chinese culture. They organize activities with all the students from different nationalities! It is very cool to meet new people even after 3 years in China! For example Last week, we have been to some Kung-fu classes it was amazing! Learning a language is not just about speaking it but also learning the culture!

What is your advice to future travelers on this program?
Live your experience fully. Don’t hesitate to make friends, it is always good to share different cultures from all over the world!
Did you find this review helpful?
Vote up! 0
Vote down! 0

My favorite travel memory was in Guilin, because I think places which have the best view of the sea and mountains is the most comfortable places to travel. I had the chance to view some of the most raw and fresh mountains, lakes and rivers in China. Not only there was great view and scenery, also it was a relaxed vacation to get away stress and pain.

I have changed and grown in quite a few aspects of myself since I started working in my current company. I improved my English language skills, since it's a Chinese language school and there are students from overseas and all the countries. I also improved my communication skill since my job is sales and I have to talk to all kinds of people in order to help them to register to the course.

Qingdao New Global School, XMandarin Chinese Language Centre provides a wide variety of courses for international students who want to learn Mandarin Chinese during their stay in Qingdao. Our Mandarin programs are offered all year round and customized to meet each student’s needs: survival, business, travel, daily life, education and so on.

END_OF_DOCUMENT_TOKEN_TO_BE_REPLACED Our small-group Chinese classes are structured to teach in small, but... 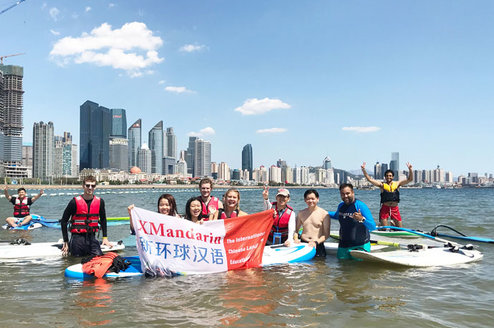 If you want to add a unique spin to your summer holidays, why not... 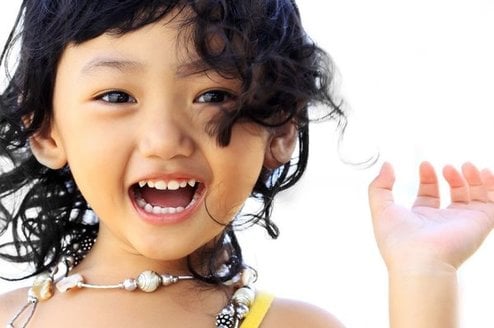 We offer you the perfect opportunity to gain unforgettable experiences...