Spend a semester or academic year in Maynooth, Ireland with AIFS! Earn up to 18 credits per semester studying abroad at Maynooth University. Students can choose to study abroad with the International Program, Irish Cultural Heritage Certificate Program, Certificate in Military Science or the Certificate in International Business Program. Courses are taught in English.

You'll live on campus in a student apartment with 4 or 5 en-suite, single bedrooms. Included in your program fee is a pre-paid card that will subsidize the cost of meals in University cafeterias. 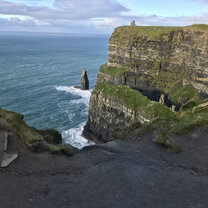 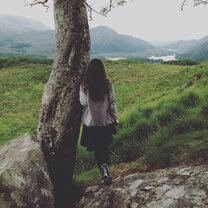 Study in the Unique College Town of Dublin, Ireland I studied abroad at Maynooth University during the spring semester of 2019. I chose Ireland because I wanted to explore the country my grandparents grew up in and to meet my relatives that still live there. I chose Maynooth because of it's proximity to Dublin and I am so glad I did! It was so easy to get into town and explore Dublin! There's buses and a train that leaves right from Maynooth and takes you right into town. There's also a shuttle that leaves from Maynooth that takes you directly to the airport. As part of the AIFS program, I got a LeapCard, which was essentially a public transportation pass. It came preloaded with 100 euros and was super easy to refill as necessary. The initial amount lasted until about halfway through the semester, but I also went into town a lot!
For the campus itself, Maynooth is STUNNING. There are two halves to the campus, North and South. The North Campus was made up of the majority of the class buildings, the gym, the dining hall, and the dorms. It was constructed fairly recently and the campus had a very modern feel. The South Campus is much older, but not like an American old. The South Campus has that authentic Irish feel. The buildings are beautiful and are updated on the inside to keep up to 21st century standards. There is a massive old church that looks like it's right out of Harry Potter, a gorgeous backfield area that has walking paths, a cemetery on campus (so fun to explore!), and an old castle just off of the campus grounds that students can go in and visit. Both halves of campus connect to the town of Maynooth, which was so homey and welcoming. There are two grocery stores within a five-minute walk of campus, multiple barbershops and food options, and the town has walking paths and trails all over it! One goes through the golf course, which many people utilize, and another follows the train, which is situated along a canal, and the trail leads almost all the way into Dublin.
While there are recommended courses on the AIFS website, I was able to take any course I wanted at Maynooth, with approval from the head of the department. Maynooth is a big international school, so there were lots of courses offered for just international students, which included students from all over Europe. Maynooth offers an Irish Cultural Heritage Certificate in which one takes four classes and revies this certificate. There is one required history course and the rest of the courses offered covered Irish history, Irish literature and folklore, and the Irish language. These classes all included field trips to Irish monuments that international students otherwise wouldn't see, such as Newgrange and Clonmacnoise. My favorite out of these courses was the Irish language course. I was able to have a (basic) conversation in Irish with my grandparents when I came home!
The AIFS program included trips to different locations in Ireland, such as Cork, Galway, Belfast, and a traditional Irish farm. A two night stay in Dublin is also included as your first two nights in Ireland and that experience is a great way to see Dublin for the first time. There's a guided tour of the city and the resident director, Cliodhna, showed us the best time. She was absolutely incredible as an RD. She was always available on campus and went on all the AIFS trips with us. She truly went above and beyond in her position and the semester would not have been the same without her. The AIFS trips were an incredible way to see the country.
Overall, my semester in Ireland was incredible due to the location and provider I chose. I would not have learned as much as a did about Ireland or had seen as much of the country as I did if I had not chosen Maynooth University. I would not have had such an enjoyable and wholesome semester and experience if I had not chosen AIFS as my provider. I made lasting memories and friendships due to both of my choices and I would highly recommend that anyone interested in studying abroad in Ireland do the same!

What was your funniest moment?
My funniest moment was jumping into a peat-bog in a t-shirt and leggings on a 40-degree day. It was FREEZING and I got completely covered in mud, but it was so worth it to experience something that my grandparents did as kids.
18 people found this review helpful.
Helpful  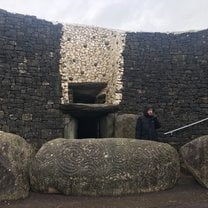 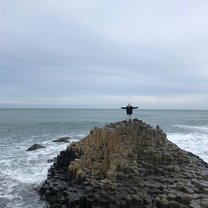 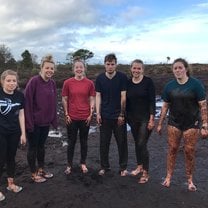 AIFS is a leading provider of study abroad programs. Since 1964, more than 1.5 million students have traveled abroad with AIFS. Comprehensive program fees make it convenient for students to study abroad and experience all that the world has to offer. With over half a century in the industry, AIFS has the resources and experience to provide what... END_OF_DOCUMENT_TOKEN_TO_BE_REPLACED 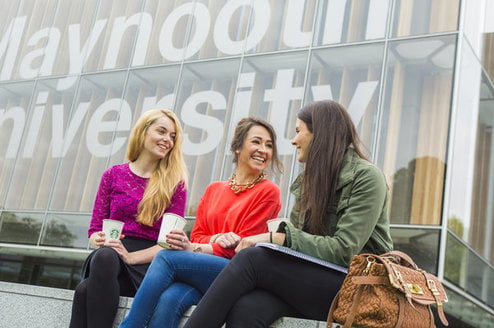 Ireland
9.61 •18 reviews
As a Study Abroad student at Maynooth University, you will enjoy a...
View Program 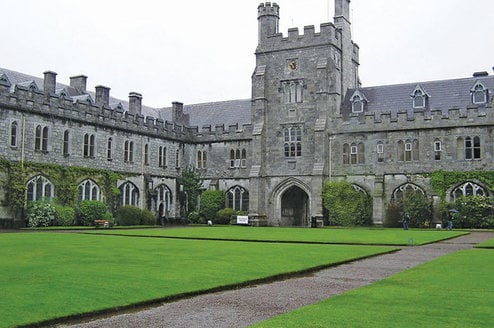 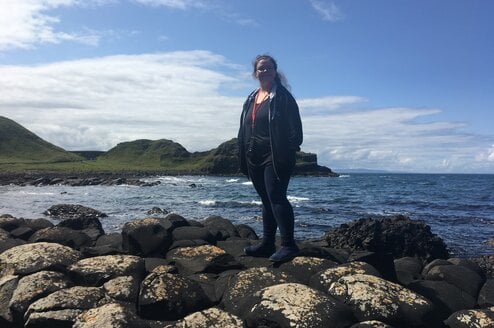