By volunteering on this project in West Africa your interaction will directly help to improve the education and employment prospects of the pupils and members of the community. Volunteers experience local Ghanaian village life and can visit the stunning local sights including waterfalls, national parks and the vibrant and beautiful markets.

This program is currently not being promoted on Go Overseas by its provider. Check with Pod Volunteer for the most up-to-date information regarding the status of this program. 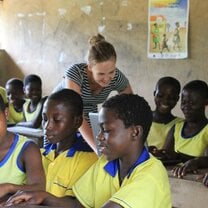 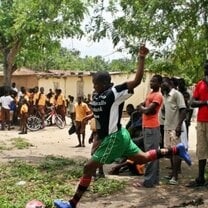 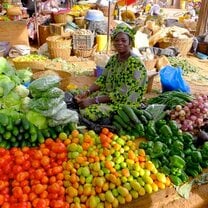 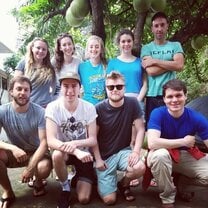 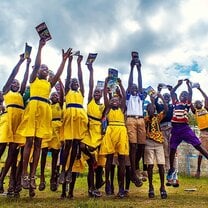 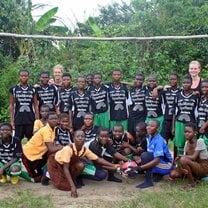 Teach at a Local Community School, at Senya Beraku, Ghana

The locals and the other volunteers which run the programme are so friendly and welcoming. They sort every problem that you have and will go the extra mile for you to feel safe in their country.
Before I went I didn’t realise I would be able to visit different parts of Ghana whilst I was there. Most weekend we could go for a weekend trip away which meant I could explore the Volta region and see waterfalls, go to the beaches and much more. They were very flexible and helped us plan routes of where to go. You can volunteer as different things such as in the building site or as a teacher and then everyone reconveins in the evenings for dinner and sometimes round a camp fire to sing songs. I had an amazing experience and would recommend it to anyone that wants to go.

Working with Village by Village I’m Ghana was the most rewarding experience of my life. This small charity is making such a massive difference to people’s lives in rural Ghana and I feel priviladged to have been able to work with them. I spent my time making promotional films for the charity, working in the crèche, baby weighing, helping with the girls club and helping out with admin jobs. My favourite thing was the children, they were always around and always wanted to play. Living in such a remote place for a month and working with the charity who put all of their energy into improving people’s lives all day every day completely changed my out look on life. I would recommend this project to anyone, it was the best thing I have ever done.

What would you improve about this program?
It would be good to have more information about the charity and what the volunteers will be doing and where they will be staying before they go.
7 people found this review helpful.
Helpful  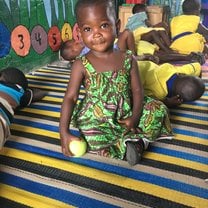 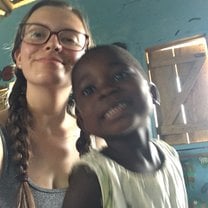 I volunteered at this project for 4 weeks and had an absolutely amazing experience. Prior to my departure, any worries or questions I had were taken care of by the Pod Team, which put me at ease!

Upon arrival at the project I felt so welcomed by the community, the team and fellow volunteers; you could not find a friendlier country to volunteer in than Ghana. At first it took a few days to adjust to life in the village and to adapt to a way of life so very different from home, but within a week I had adjusted to it and did not miss home at all!

Whilst the kindergarten was open in term time, I worked there in the mornings and in the afternoons I occupied my time reading, playing or doing crafts with children in the village.

When the kindergarten closed in the Summer I really enjoyed having the opportunity to teaching maths and English to small groups. The children were so enthusiastic and keen to learn, it was really amazing to see how triumphant they were when they grasped something new!

Although a month may not be the longest time, I felt I was able to achieve so much in that time. Volunteering with the children was the most rewarding and worthwhile experience, the hardest part was having to return home! Volunteering in Ghana was one of the best decisions I have ever made!

What would you improve about this program?
The kindergarten could be a bit challenging at times because there were so many children per class. Consequently, it could sometimes be quite hard to get the children’s’ attention and they therefore could be quite hard to manage! However, with patience and perseverance you could reap the benefits of your efforts when children engaged in the crafts and educational sessions you had prepared.

I spent an amazing two weeks in Gboloo Kofi, a rural village in Ghana's Eastern Region with Village by Village, a tiny grassroots charity, and it was everything I hoped for and more. I think the really unique aspect of this project is the way the charity and the volunteers are so integrated into the community. We lived on a base in the village and interacted with the locals constantly, particularly the children. We were welcomed with open arms and although we inevitably stood out as foreigners, the people in this area are used to having volunteers come and go and it was clear that they were happy to have us there.

The charity employs local people to work on its building projects, including in senior roles, and works closely with the village Chief, Elders, headmasters, medical staff etc. to ensure that everything it does is in the best interests of the community. I had wondered about how much impact such a small charity could have, and like a lot of people I had had some reservations about the ethics of Westerners going in as short-term volunteers, but I was reassured by what I saw - their emphasis on working with the community means that Village by Village has a really positive impact.

The charity offers a number of different projects, so I was there primarily to help with childcare in the creche and at the weekly baby-weighing clinic, while the other volunteers who were there at the same time were on the building or film and photography projects. It was really flexible though - the volunteer manager was keen for us to get as much out of the experience as possible so we could get involved in different things if we wanted to and were encouraged to travel. In addition, what we did varied from day to day depending on what was going on in the area and what specific activities the charity had going on (for example, a new school built by the charity had it's grand opening while I was there). That said, a "typical" day for me would involve childcare in the morning and then various different activities in the afternoon - often some informal teaching or helping the kids with homework, playing some sports with them, or sometimes heading to one of the other villages. There were 4-5 volunteers while I was there as well as the volunteer manager, and we lived and ate together (mostly pasta, noodles, toast etc), and the base's location in the centre of the village meant that the kids would often come round after school, so there was no chance of getting lonely! We also ate Ghanaian food at a local family's house once or twice a week, and once a week made the trip to the nearest bar in the next village to relax and unwind a bit. There was no electricity in the village itself, which was great as far as I was concerned but the lack of light after sunset does take some getting used to! For those that wanted to, it was possible to charge phones etc. and get signal and even internet in nearby villages.

The language barrier was more of a challenge than I thought it would be, even though I'm a linguist myself and relished the chance to learn about a new language completely different from any I've been exposed to before (we had language/culture lessons from an incredibly knowledgeable local teacher once a week). I knew that Twi, a local language was used, but English is the country's only official language so I expected it to be pretty much universally understood. That wasn't the case though - most of the teens and a lot of adults had a conversational level of English so it wasn't a problem most of the time, but I did feel that there was a limit to how useful I could be with the kindergartners when we couldn't understand each other.

The potential downside of the flexibility of the projects is that it could also lead to a lack of structure. I think this depends a bit on the volunteer - you need to be willing to throw yourself in, be proactive and take some initiative as some of the projects (especially oneslike film and photography) are unstructured and you won't be told exactly what to do. I think this is a good thing overall but for some people, perhaps younger volunteers especially, it could be a challenge.

Nonetheless, the support from the charity and from PoD (Personal Overseas Development, the UK non-profit who places volunteers) was excellent, from the moment I expressed my interest right through the project and after I got back. PoD vets both the charities and the volunteers, which I found reassuring, and I know that they collect constructive feedback from volunteers afterwards and discuss it with the charities. It wasn't the cheapest way to volunteer but it was reasonable priced compared to similar options and considering the support provided.

Overall, this was a fantastic experience and well worth it. I spent a long time researching to find a legitimate, responsible company that I was comfortable with and a project that I felt would be both rewarding for me and genuinely positive for the local community, and I definitely feel that I made the right choice. My only regret is not going for longer!

Pod Volunteer is an award winning non-profit organisation arranging ethical, inspiring and supported volunteering opportunities around the world since 2001. Pod Volunteer offers great value 1 - 12 week placements at volunteer projects in Africa, Asia, South and Central America. You can join a volunteer project as a holiday, part of your college or... END_OF_DOCUMENT_TOKEN_TO_BE_REPLACED 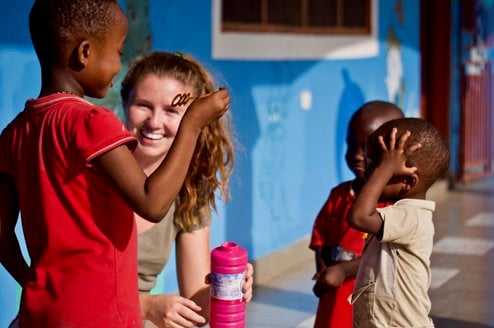 Most Affordable & Trusted Volunteer Programs in Ghana from $270 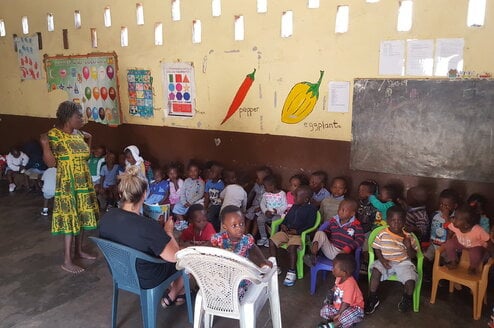 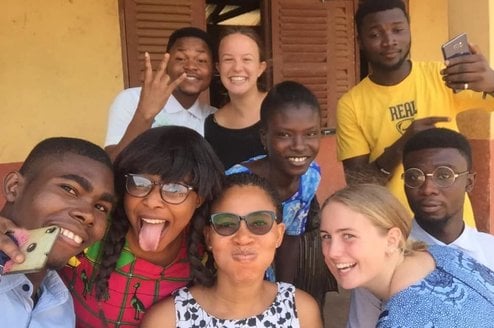 Low Cost Volunteering In Ghana From Only $65 | Variety of placements