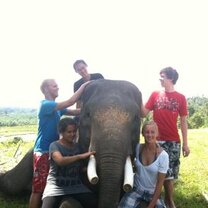 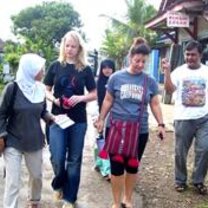 Ever tried durian? On my trip to Indonesia I made fast friends with a guy named Aat, who one evening introduced me to this smelly fruit. 'Try it', he said. So we laid it on the patio, busted out a knife, cut it open, and gave it a whirl. The taste was great, though I had to hold my nose! Just one of the many amazing experiences I had getting to know this beautiful country.

We taught English for several weeks in central Java. The Indonesian people were some of the most engaging and welcoming anywhere (and I've traveled quite a bit). The students were easy to get attached to - we taught them everything from the 'ABCs' song to how to Red Rover.

And the Indonesian countryside...with the green rice paddies, volcanoes seeming to rise on all sides...truly incredible.

The support staff was also fantastic - very professional and thorough, and followed through right up to the very end when they went out of their way to make sure we all caught our various means of travel back home (train, bus, plane).

Overall, I would recommend this program to ANYONE!

Program
Volunteer Abroad in Indonesia
Joe Terry is a software development manager in Boston, Massachusetts, USA. He loves languages, foreign travel of any kind, and getting his hands dirty. His latest venture is Arabic.

Morning: We got up around 5:45 to get ready for the day. The cooks of the house (the wife and her daughter) made us breakfast every morning. We had to be at the school at 7 o'clock. It was about 1/2 hour walk along paths through the rice paddies to the school where we taught. One thing that took some getting used to was the attitude around being late - evidently their teachers often arrive late to school, so it wasn't looked down upon for us to be late ourselves in the mornings, sometimes as much as 20 minutes. 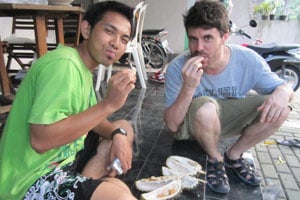 Afternoon: We taught English all morning, in three classes, each with two grades. The kids varied widely in ability, though the 5th/6th graders knew at least enough for a short conversation. We taught using every tool we could think up - we weren't given any instructions or guidelines. That part was fun - so much opportunity to be creative! Lessons included basic transportation, basic greetings and goodbyes, numbers, and a song or two ("itsy bitsy spider..."). At times we went outside for a game or two (mostly with the younger kids). We taught them Red Rover. So much fun!

Evening: After walking back to the house, we would spend a good bit of time relaxing on the veranda, attempting to check email with the shaky hotspot someone had set up through their phone, and exchanging stories. Some of us might be in the back yard doing laundry under the water tank. Evenings after dinner (again, cooked by the wife) would be spent mostly creating lesson plans for the next day, and zoning out. 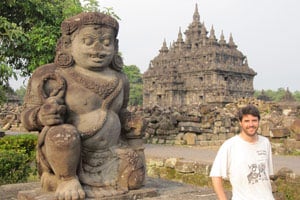 Highlights: Honestly, so many things. The kids were easy to engage, though in different ways depending on age. The younger kids didn't care what you did - they just horsed around. The older kids too, but often they would end up in the courtyard playing soccer, and would expect you to join in. The amount of actual English learned was pretty minimal, I suspect. But I like to think that these children seeing and high-fiving and asking questions and running around trees and sharing stories of their families with us (and vice versa) gave them a subtly deeper appreciation for the wider world beyond their village - particularly, in my case, the wider world of America they see only on television and in the movies. Hopefully, meeting an American made a small imprint on them they will never forget. Even if the impact is incremental, I like to think it made a difference in their lives. I know it did for me.

As for the country, Indonesia is incredible. The green rice fields everywhere, the volcanoes behind, the beaches and countryside. What a photogenic place. And the people, even in touristy areas, were some of the friendliest I've encountered anywhere (and I've done a lot of traveling). I would recommend it in a heartbeat.

Volunteers For Peace (VFP) is a U.S. based non-profit organization that operates within the global networks of the Coordinating Committee for International Voluntary Service (CCIVS), Service Civil International (SCI) and the Alliance of European Voluntary Service to provide meaningful cross-cultural engagement opportunities all over the world to... END_OF_DOCUMENT_TOKEN_TO_BE_REPLACED 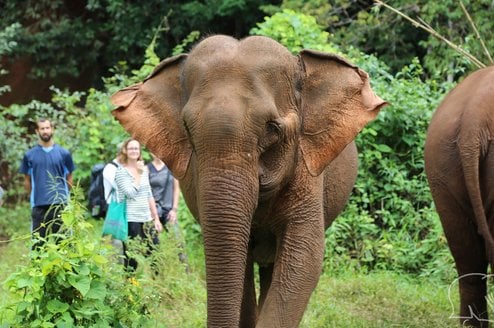 Multiple Countries
5.00 •6 reviews
Do you want to volunteer to help an amazing variety of rescued animals...
View Program 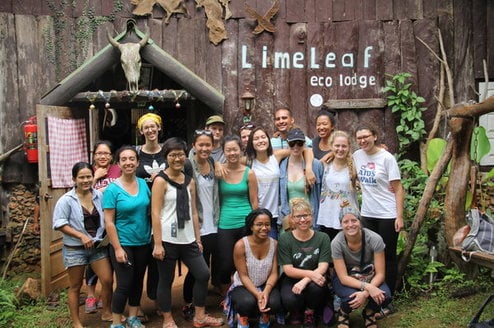 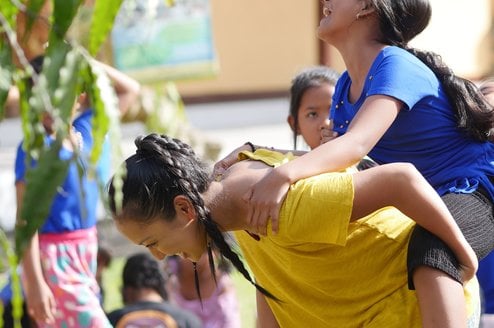