United Planet's Quest Volunteer Abroad program offers you or your group a life-changing opportunity to interact with local communities through customized work experiences, cultural activities, and home stays. United Planet Quests are offered in more than 25 countries from 1-52 weeks.

Volunteer opportunities in Tanzania include interacting with local service providers in a wide range of services.

Opportunities include volunteering to work at schools or educational centers, work with urban children, and healthcare programs including working at centers for people in need of specialized care like a children’s cancer ward, a home for the disabled, and a center for mentally handicapped youth.

Costa Rica volunteer and intern abroad programs for selected ecological projects will be open for Short-Term and Long-Term Programs in mid-November 2020. We are closely monitoring the COVID-19 situation in Costa Rica and working closely with the host organization to ensure the safety of our volunteers. For more information, head to our health and safety update page.
Learn More
10 Rating
based on 2 reviews
Leave a Review
Showing 1 - 2 of 2

Working at the Children's Cancer ward In Dar Es Salaam was an incredible experience, one I will remember forever. Everything is so different; the culture, the language, the lifestyle, and this makes something everyone should take part in. Step outside your comfort zone and try something new. I went with one friend and we loved it. United Planet gave us support every step of the way, allowing us to explore a completely foreign place without feeling out of our depth. The school itself is so much fun, the kids have an amazing energy and kindness, which is even more impressive considering they are all sick. It makes you so proud to be helping them out, teaching them so they have a chance at education when they get out of hospital, as well as making their lives so much more enjoyable while they are in hospital.
I highly highly recommend this volunteer quest, or any others with United Planet. It will a moment in you life you remember forever as being a time you were proud to be you, and loving every minute of it!!

What would you improve about this program?
Of course no program is perfect, but this one came pretty close! I can't think of a way to change it!!
Did you find this review helpful?
Vote up! 0
Vote down! 0
Read my full story

I volunteered at Ilula Orphan Program (IOP) in the Iringa Region in Southwest Tanzania for two months during the summer of 2011. I stayed in the orphanage and helped teach English and math at the local schools, organized sporting events for local children, and held day camps at the villages around IOP. I am so fortunate United Planet has a partnership with such an amazing program. I felt very safe traveling and living at IOP -- it is a gated facility with a guard 24/7. On weekends, we would travel to the local town of Iringa where we would eat lunch out, and use the internet to contact our families. IOP is also an incredible program -- I really felt like I made an impact, and I really connected with the girls who lived at the orphanage. It was an absolutely amazing way to experience the unique Tanzanian culture. Although I stayed for 8 weeks, I stayed an extra week; visiting the beautiful beaches of Zanzibar and Sleous Game Reserve for a safari. I highly recommend this incredible program!!! 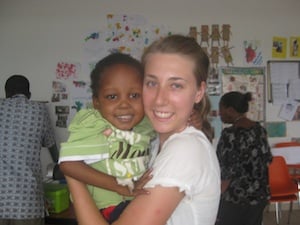 Why did you decide to volunteer with United Planet in Tanzania?

Emily: Volunteering in Africa is something I have dreamed of doing for years. United Planet was the organisation I discovered via internet research which would actively help me to achieve this dream. Each year United Planet has a list of projects, with a variety of countries to choose from, allowing you to go all round the world. With my friend Lucy, we chose Tanzania because of its relative safety, high need for outside help, and its projects, which greatly appealed to us. Ultimately we chose to work in a Children's Cancer hospital, teaching English and Maths as well as entertaining the children.

Emily: We worked from 9am to 2.30pm, traveling to work from our homestay using the 'Dala-dala's' (crowded minibuses) took about 1 hour. The morning would begin with singing and dancing, both in English and Swahili. It was great to see how happy the children were to come to school, it was a break from the monotony of the wards above. At around 10am we would spread mats across the small room and get out a pile of old books. The children were mostly from ages 3 -14, with a few older ones aswell. We had 3 teachers and a wide range of knowledge and ability, so volunteers were extremely useful as the children could work in smaller groups. The younger ones just played games, or recited the alphabet etc, while the older ones were divided up with teachers and volunteers, for a couple of hours of learning of their allocated topic. Some of the children were great at English and were happy to translate, but many of the children only understood Swahili and their local tribal language. Lucy and I quickly learnt the swahili numbers and got very good at teaching the children maths!!

After lessons we would distribute some donated snacks such as fresh fruit, biscuits or juice which was well received. The number of pupils varied depending on who felt well enough to attend, so if there was a quieter day, some of us would take a box up to the wards and entertain some of the sicker children; practising our swahili, colouring, puzzles, or for some of them offering a maths quiz. Back in the classroom there was always a creative activity, before letting the children to rest in front of a movie while we cleaned up.

Emily: This trip was something I will remember forever!! The United Planet representitives, our host family and the teachers at the hospital school were all so kind, and helped us to feel welcome in their country. We felt like we were making a difference, either by brightening up someone's day with a simple game, or helping them to understand school work which will help them in their future. Everything about Tanzania was fascinating as its so different to home, and we were glad to have a good amount of free time to explore the many markets and sights of Dar Es Salaam, as well as go on a safari at the completion of our service.

United Planet is an international non-profit organization based in Boston, MA with a mission to enhance cross-cultural understanding while addressing shared challenges to create a community beyond borders, one relationship at a time. We connect volunteers who want to make a difference with communities in more than 30 countries, where they learn...

END_OF_DOCUMENT_TOKEN_TO_BE_REPLACED 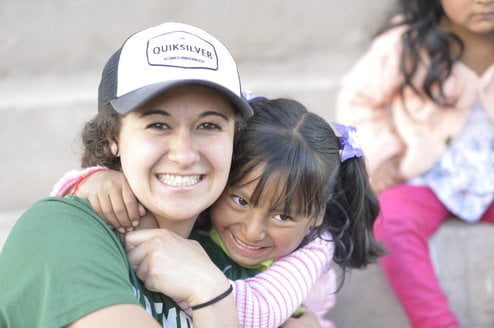 Volunteer Abroad in Peru with United Planet for 1-12 Weeks

United Planet's Quest Volunteer Abroad program offers you or your... 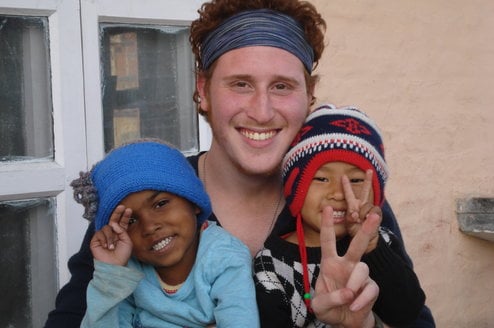 United Planet's Quest Volunteer Abroad program offers you or your... 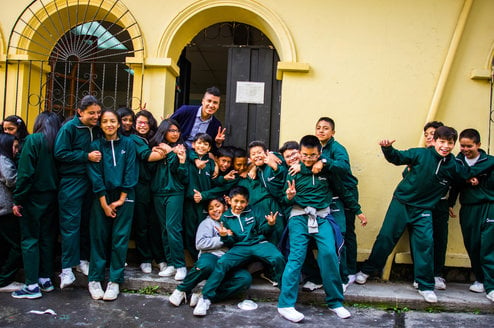