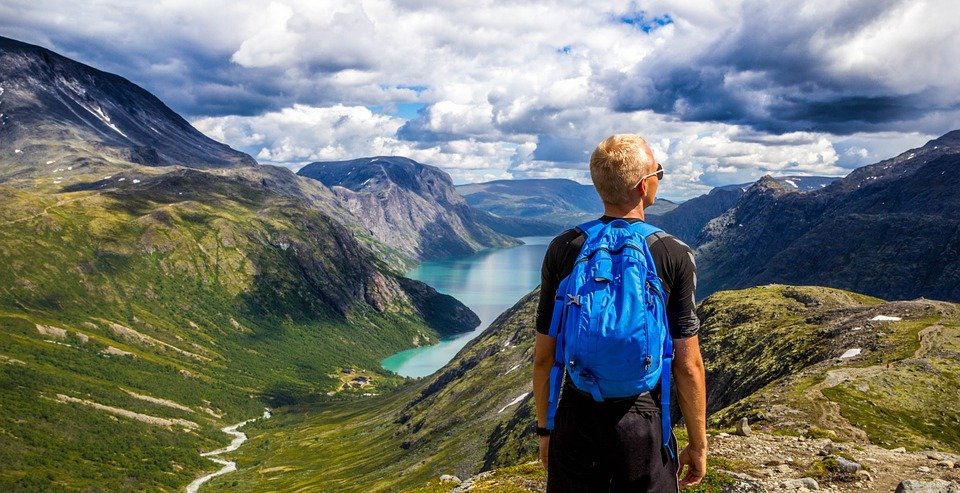 Like any country, the Norwegians approach their cuisine with a sense of pride, and it's an important part of the culture. As with other nations around the world, more international food than ever has entered the borders, but, in a sense, that has only solidified what makes the Norwegian approach to food and drink unique, and worth celebrating.

Norway is a country that, generally speaking, values a certain standard of quality, and that mentality certainly finds its way into cuisine. Having studied in Oslo as a student, I will note that you'll end up paying for that aforementioned quality rather handsomely. Just remember that while Norway is an expensive nation when it comes to eating out (as well as having drinks when going out), remember that you are indeed paying for quality. Regardless of your preferred palette, you can be sure that your food is going to be fresh as can be.

Studying abroad in Norway offers an interesting opportunity as it relates to trying new foods and drinks, and that's largely because many people haven't had the opportunity to dive into Norwegian cuisine. That's why we go overseas, isn't it, to expand our horizons in whatever way possible?

While Norwegian food isn't known for its robust, powerful flavors, you can genuinely grow to appreciate the subtleties of the cuisine if you've packed a positive and open-minded attitude in your preferred backpack.

Here are the seven foods and drinks that you should try if you're studying in Norway. These are the dishes that you'll end up missing when you leave, and I can speak from personal experience in that regard.

Also read: The Ultimate Guide to Studying Abroad in Norway 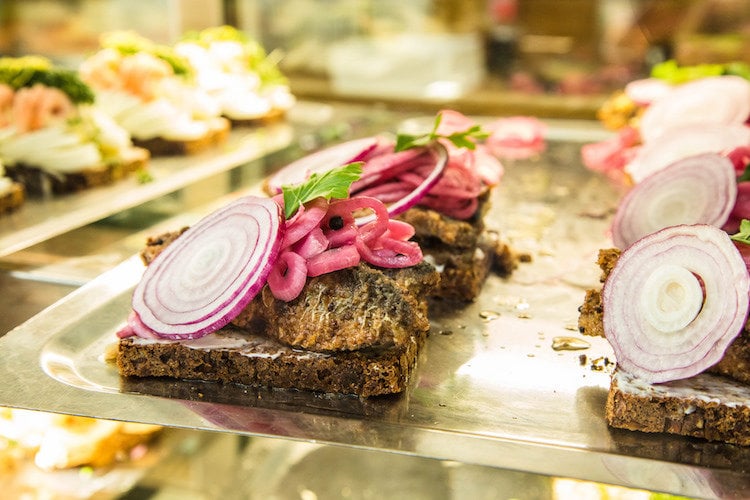 It doesn't get more ubiquitous in Norwegian cuisine than Smørbrod, which is, essentially, an open-faced sandwich. Whether it's breakfast time, lunch time, or snack time, the smørbrod is really the staple of sustenance for Norwegians.

This kitchen concept is famous across Scandinavia, and many suggest that this idea was initially passed down to the Norwegians from the Danes, though it's clear that Norway has forged its own culinary path as far as the open sandwich is concerned. There isn't necessarily a "conventional" open sandwich, as there are hundreds of combinations, but I most commonly saw smørbrod served with eggs, cheese, assorted meat and fish, and sometimes (especially at breakfast) just butter and jam.

It really can be any combination though, I've personally eaten smørbrod with toppings such as pickled herring or shrimp, to anything as simple as a thin slice of cheese with a cucumber. For those with a bigger appetite, I almost always ordered two smørbrod at a time, and that's considered perfectly socially acceptable, and even commonplace.

Smørbrod is easily transportable as well, and that makes it very useful for a student on the go. It's something you can eat quickly in between classes that will actually fill you for a while! My roommates and I were also prone to packing some smørbrod is a Tupperware and heading down to places like Oslo's Vigeland Park to enjoy a sunny afternoon.

Aquavit is known by a variety of names (akvavit/snaps/aquavite), but, whatever name you want to call it, if you drink it, it's going to have the same effect. Aquavit is a strong, flavorful liquor which has been famous in Scandinavia for hundreds and hundreds of years.

Many variations of Aquavit exist, but it is most commonly made with potatoes as well as seeds and spices such as caraway and anise. Aquavit is a clear liquor when it's first made, but historically it was matured in casks upon ships until it was brown. Many of my Norwegian friends told me that warriors and Vikings would take Aquavit on raids and let it soak in the oak casks as it crossed the equator, and it was only drunk in celebration once they returned to Norway and it was matured and brown.

Now, I can't independently verify what's lore and what isn't, but I do know that there are still several prominent Norwegian aquavit makers (a company like Linie comes to mind), who mature Aquavit in sherry oak casks at sea. If you're in Norway, it's certainly worth trying, but be warned, my friends, it packs a serious punch.

You may not love the stuff, but if you're studying abroad, I would say that it's worth trying. As Norway isn't as well known for its beer and wine, you might as well get together with a few classmates one night and figure out what Aquavit is all about. I know that I certainly did a few times in Oslo, and while you might not warm to the taste at first, you might just find you appreciate the burn in your belly much more than you thought you would.

This dish is known as the national dish of Norway, so, in my humble opinion, it has to make the list. It's basically just lamb stew, but it's delicious if it's done right. The lamb is typically cooked with whole black peppers, cabbage, potatoes, and a touch of wheat flour. It makes for a hearty meal, like most Norwegian fare, really.

I will point out here that this dish can, at times, live up to the reputation that Norwegian food can be a touch bland. I've had some excellent fårikål, and some not so memorable fårikål, but I always felt it was really based on the quality of the meat. If the lamb is of a high quality, then through its hours of cooking, it flavors the dish of its own accord, and it doesn't need much else.

Either way, diving into another culture's cuisine is often about forming your own opinion about dishes that everyone in the nation will surely have an opinion on, so order some and decide for yourself if it suits you. I also remember that Norwegians really appreciated the fact that I'd taken the time to try some of their national dishes and eat more than just a smørbrod here or a smørbrod there. Remember, the worst case scenario if you don't love it, and that's a small price to pay to know whether you might, in fact, adore it. 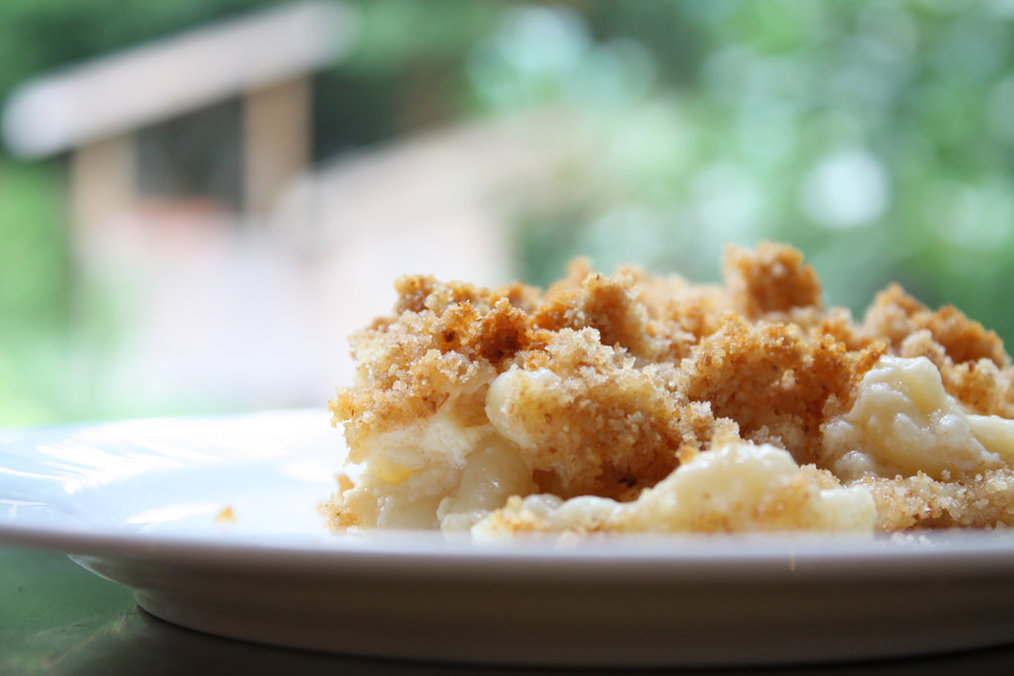 For the record, this dish is also widely known as fiskegrateng, but either way, it's going to be delicious, but perhaps not in a conventional way. Fiskegratin is, for me, the pinnacle of Norwegian comfort food, and what I might eat if I had a touch too much Aquavit the night prior and wanted something filling.

So what is fiskegratin? Well, essentially it's fish macaroni and cheese. I fully recognize that such a description may not sound appetizing, so perhaps it's better to conceptualize the dish as a "fish and macaroni casserole complete with a delightful portion of cheese." However you want to imagine it, it really is well worth trying, if only because it's quite likely you won't find this in the local grocery store in your respective homeland.

I'll be honest, I miss fiskegratin -- it's just perfect to have in the warm confines of your home on a snowy day. The one thing that's great about fiskegratin from a student perspective is that it's quite inexpensive. You can usually pick up some fiskegratin that's microwave/oven ready, which can be very convenient if you've got more work than you expected on your hands.

If it was a special occasion in Oslo, I was always looking to celebrate with a tender reindeer steak. While reindeer does have a bit of a "gamey" taste, I found it to be instantly palatable and, frankly, downright delicious. It's a delicacy at this point pretty much across Norway, so it's something you could easily find on a menu whether you're in Oslo or in Tromsø, one of the northernmost habitable cities on the planet.

Reindeer steak can be enjoyed in a number of ways, but my personal favorite is accompanied with a rich brown gravy and a healthy portion of lingonberries. A lingonberry, if you're not aware, tastes relatively similar to a cranberry and thrives in difficult growing conditions, which makes it perfect for some parts of Norway. Thinking of that combination has my mouth watering and contemplating a quick flight back to my old homeland.

Keep in mind, reindeer steak can be rather expensive, so think of dining on a reindeer steak as something you'll treat yourself to everyone once in a while and it becomes an instant celebration every time it touches your lips. 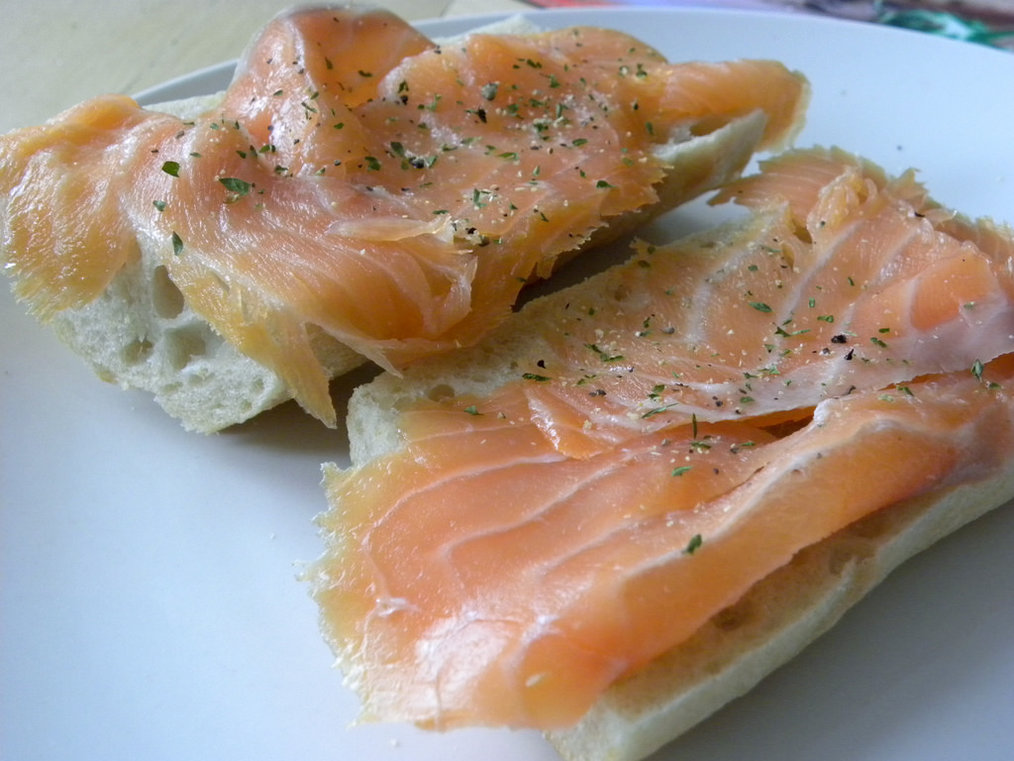 If you're in Norway and you're a smoked salmon fan, take a minute and rejoice! You have officially hit the smoked salmon jackpot.

You can find great quality smoked salmon nearly anywhere, though you might not find the price quite as appetizing as the dish. That being said, smoked salmon is a very popular topping for a smørbrod (open-faced sandwich), so you should have ample opportunity to get your hands on some for manageable prices.

Make sure that you also try kokt laks, which is basically boiled salmon, but it really retains its flavor. Whether your preference is for smoked salmon or boiled salmon, Norway is truly salmon paradise, and the amplitude of fjords with salmon farms ensure you're going to be having some of the best quality salmon of your life. My advice? Indulge, my friend, indulge.

I can't remember how much a particular piece of smoked salmon cost me, but I can remember the taste and texture of some of the Norwegian smoked salmon I ate to this day. As a student, it can be hard to justify, but try to remember that you won't always be a student, and your future self would likely appreciate being able to recall those flavors.

This is one of the most famous fish dishes in the country and, typically, it's made with fresh Norwegian trout, though it can also include other fish such as char on some special occasions. What's interesting about Rakfisk is that it isn't cooked, but rather salted and fermented and then stored. It's practical because, historically, something like rakfisk could be eaten in the depths of winter when running low on food and still be both delicious and protein packed.

Rakfisk can be put away for several months before eating, or upwards of a year - I've even seen older than that. It tastes about how you'd imagine it tastes, but I grew to appreciate the flavor quite a bit. This isn't something that you'll see the rest of the student body eating necessarily, but be unique and adventurous, as that's what studying abroad is all about.

Is Norwegian Food All It's Cracked Up to Be?

Considering Norwegian food isn't cracked up to be all that much, the answer is a resounding yes. It might not be a cuisine where you call home and gush about a meal you had for hours, but there are plenty of pockets of delicious. For me, I loved the cuisine because of how practical it was. What I mean is, I was so thankful to have an energy filled smørbrod or two when I was hiking or on the ski hill, or to dive into some smoked salmon after a day of hiking. In those cases, It really hit the spot.

The food reflects the culture - it's clean, and without a whole bunch of bells and whistles, but it'd be a big mistake to go all the way to study abroad in Norway and not experience what they offer from a culinary perspective.

Sure, Norway isn't the envy of the culinary world, but travel is about arriving at a destination, putting aside what you've "heard," and forming your own opinions with your heart and, of course, your tastebuds.