Amidst the stress of the college search, there are few ideas as romantic and enticing as studying abroad in a foreign country. Picture carrying your book bag along the river Seine as you take in the sights and sounds of Paris, or hopping on a quick flight to the sunny beaches of the Mediterranean for spring break.

It might sound like a fairy tale, but when you think about the logistics of moving to a foreign country -- possibly where a foreign language is spoken -- and encountering an educational system far different from your own, it sounds more daunting than idyllic. Whether you’re dreaming about a semester abroad or completing your entire degree in a foreign country, if the idea of studying in foreign lands makes you feel nervous, you’re not alone. Luckily, there’s an option for folks who want to experience living in a different country while keeping some semblance of familiarity: American universities abroad.

American universities in Europe are a great option for studying abroad -- especially if you don’t speak the local language. Classes at American universities are taught entirely in English, so you can give yourself time to pick up the language while adjusting to a new country and culture. You’ll also be more familiar with the curriculum, as American universities follow the traditional American higher education system. While European universities don’t offer a lot of flexibility when it comes to selecting your courses, at an American university, you’ll be able to select from a wide range of general education and elective classes in addition to classes for your major.

There are also some logistical advantages to attending an American university in Europe. If you qualify for financial aid in the U.S., you may be able to use this aid towards your tuition at an American university abroad. These universities will also allow you to transfer credits to a college back in the U.S., or vice versa if you’re not planning on completing your full degree abroad. The transfer process would likely be more difficult if you were to attend a European university, as their classes might not match as well to American courses.

When weighing your options for American universities in Europe, it’s important to make sure that you attend an accredited university. These universities will allow easier access to top graduate schools and employment opportunities, and their credits are more easily transferred. An accredited university carries the best reputation and will make your life easier when it comes time to relocate back to the States.

If you’re ready to do all or part of your degree abroad, here is our list of the top 10 American universities in Europe.

1. University of Evansville in Grantham, England Have you ever imagined yourself taking classes in a Victorian Manor House? If you study at Harlaxton College, part of the University of Evansville in Grantham, England, you won’t just take classes in this Manor House -- you’ll live there too. This university provides students the chance to learn about British history through a required British studies course.

You’ll also have plenty of opportunities to travel through England and around the world, as there are faculty-led programs available in China, Israel, Trinidad, and more. In-country excursions are also facilitated by the school, and they’re a great way to get to know fellow students while seeing more of England.

2. The American University of Paris in Paris, France 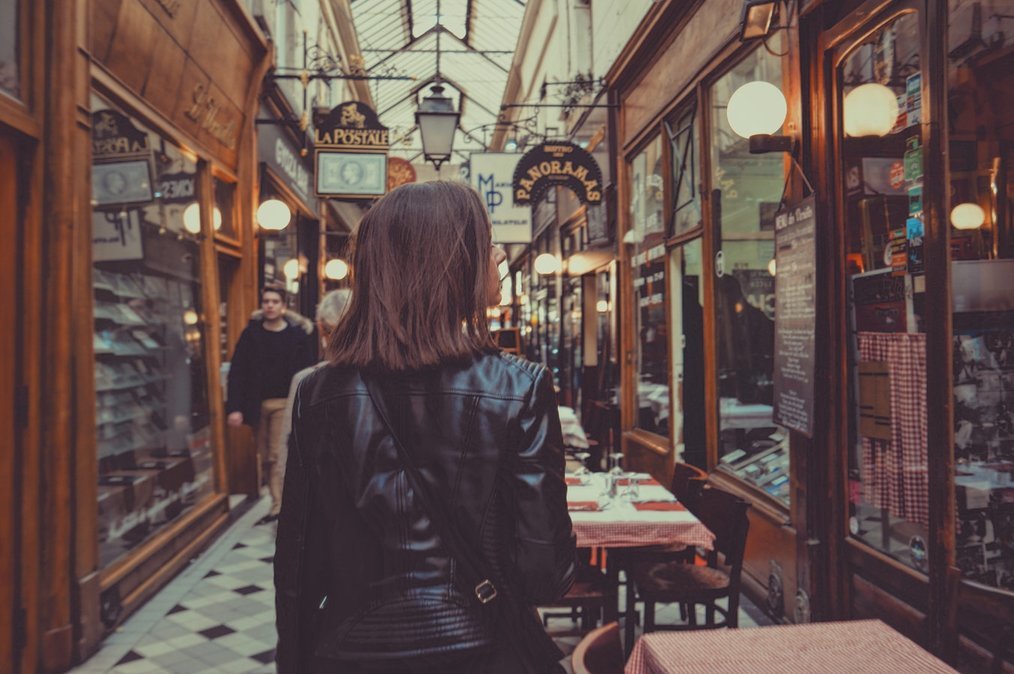 If the idea of practicing your French while you stroll across from the Eiffel Tower sounds like a dream come true, then The American University of Paris (AUP) might be the place for you. Created as a liberal arts college, AUP is centered on their motto: “Preparing students from everywhere to thrive anywhere.”

AUP is known for its emphasis on interdisciplinary and cross-cultural studies. Students are challenged in the classroom and able to explore what many call the most beautiful city in the world outside of the classroom. At AUP, you can take classes with students from an astounding 108 different nationalities all in one place. 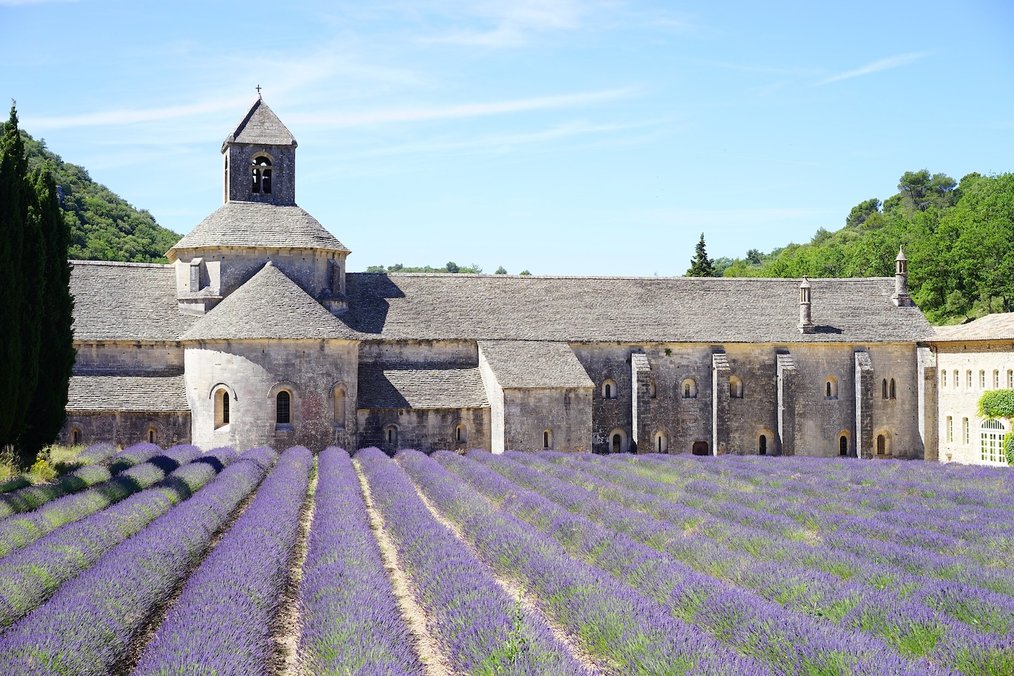 If you’re interested in studying in France but would like to explore somewhere other than Paris, the American University Center of Provence (AUCP) may be a better option. For serious French language students, this university offers intensive French immersion programs in Aix-en-Provence and Marseille.

Unlike the American University of Paris, you will experience total immersion in all-french classes, and you’ll even stay with a French host family. Although it may seem a little scary at first, this level of immersion is one of the best ways to become fluent, and many students leave this program feeling like they speak French like a native speaker. 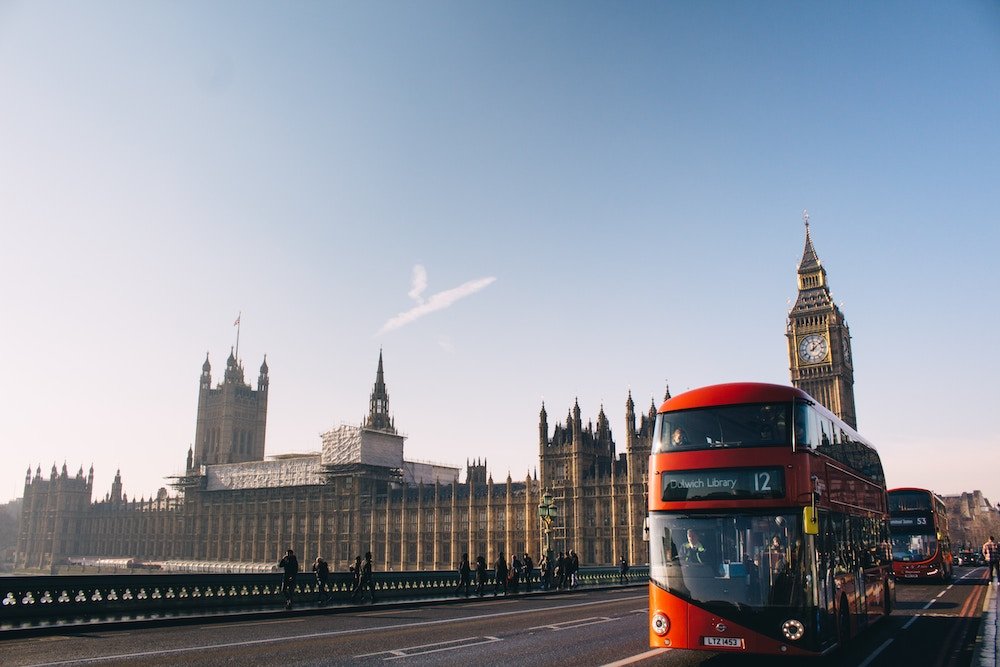 London is a city with endless amounts of sights to explore and bustling activity. The American International University in London (AIUL), located at two different campuses in West London, offers you the chance to live in this fast-paced city and receive a degree that would be both UK and U.S. accredited. In fact, the AIUL is the first and only UK university that is able to award these dual degrees.

An education here will open up even more doors for employment, especially if you decide to continue living abroad after graduation. With a range of undergraduate and graduate degrees, the AIUL also offers internship and study opportunities in countries around the world. 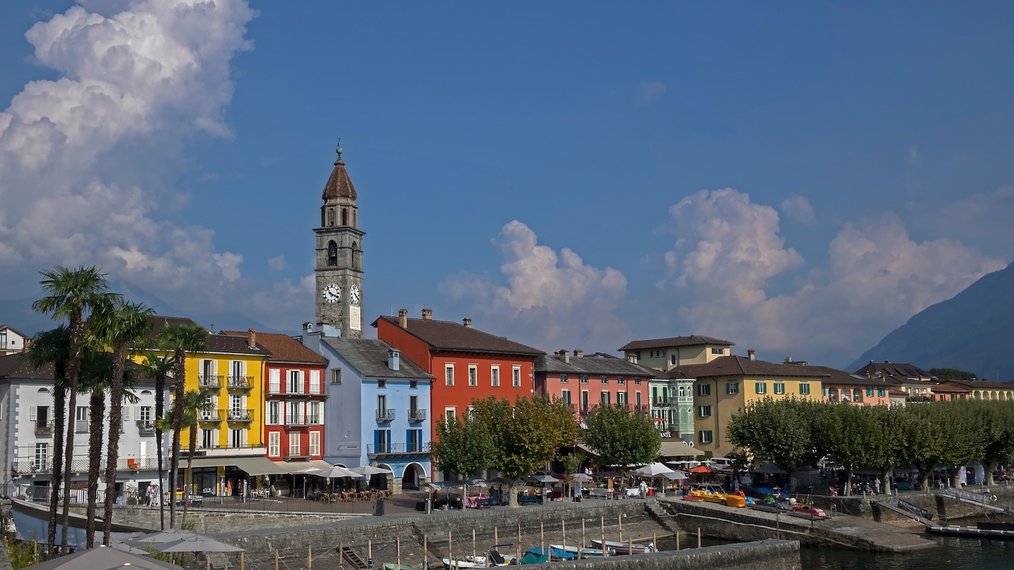 The dual accreditation would allow you to pursue job opportunities both in the U.S. and Switzerland. And after student activities such as hiking and picnicking in the Swiss Alps and tasting the finest cheese and chocolates the country has to offer, there’s a good chance you’ll never want to leave.

6. The American College of Greece in Athens, Greece 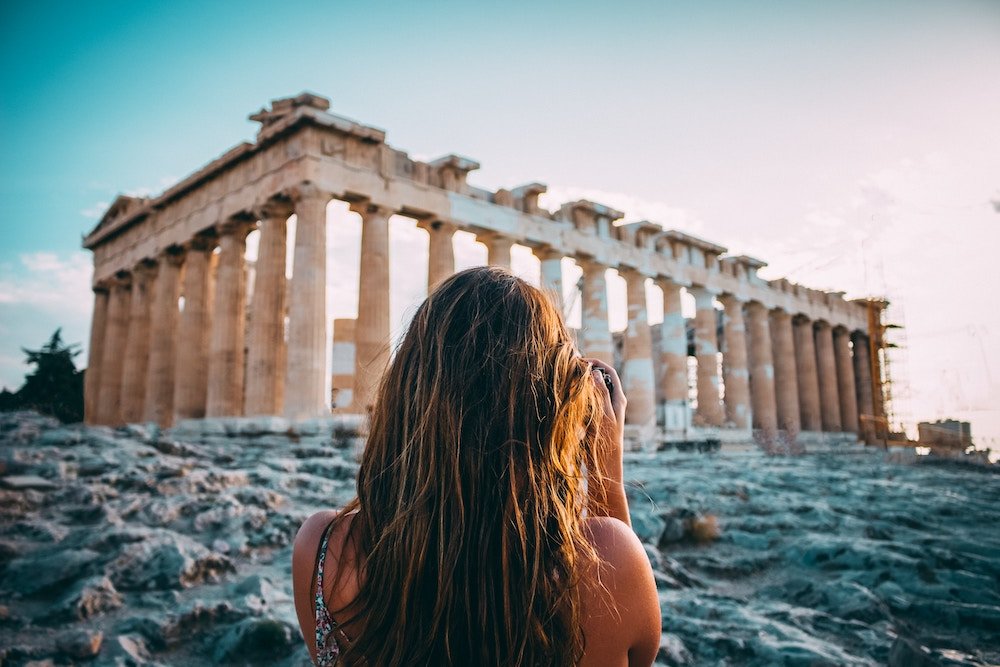 Incredible food, dancing, culture, and history -- what’s not to love about Greece? The American College of Greece is the oldest accredited American university in Europe, and it also happens to be the largest private university in Greece. The college is made up of the school of business and economics, the school of liberal arts and sciences, the Frances Rich school of fine and performing arts, the school of graduate and professional education, and the graduate business school.

Along with a rigorous academic program, you’ll also be able to explore the breathtaking city of Athens. As a student, you’ll get the opportunity to study at partner institutions around the world.

Studying Italian? Longing to try the best pizza and pasta in the world? Always dreamed of setting foot on the Spanish Steps? Studying at John Cabot University in Rome, Italy might be for you.

Located in the heart of Rome, John Cabot offers small class sizes for its students, with most classes ranging from 12 to 15 students. This intimate setting allows you to have a more personalized educational experience, and you’ll get to know your classmates -- who come from all over the world -- very well. John Cabot offers several different housing options, each with their own experience, and arranges a variety of trips and activities for all students. 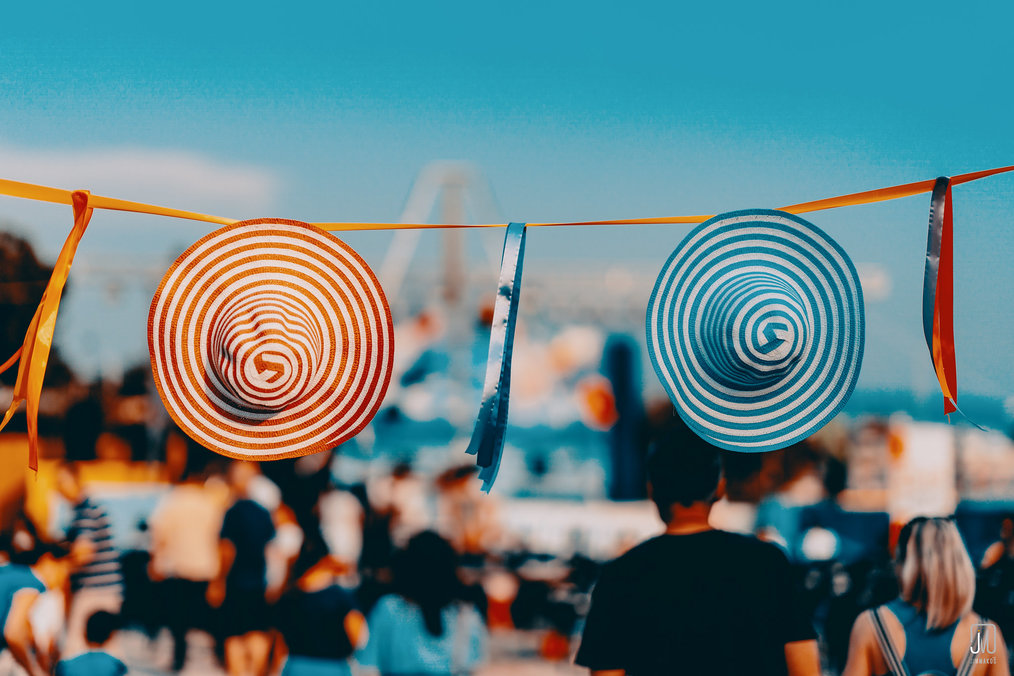 The incredible city of Thessaloniki is home to the American College of Thessaloniki (ACT), a school that sits on an astounding 45-acre campus. The ACT is comprised of students from Greece and over 30 different countries, all following an advanced program that is accredited both in the U.S. and with Open University in the UK.

Student life at the ACT features lots of opportunities to get involved in the school and the community through workshops, clubs, field trips, and volunteer opportunities. Spend your weekdays following a top academic program, and your weekends hiking Mount Olympus with new friends.

9. The American University of Rome in Rome, Italy 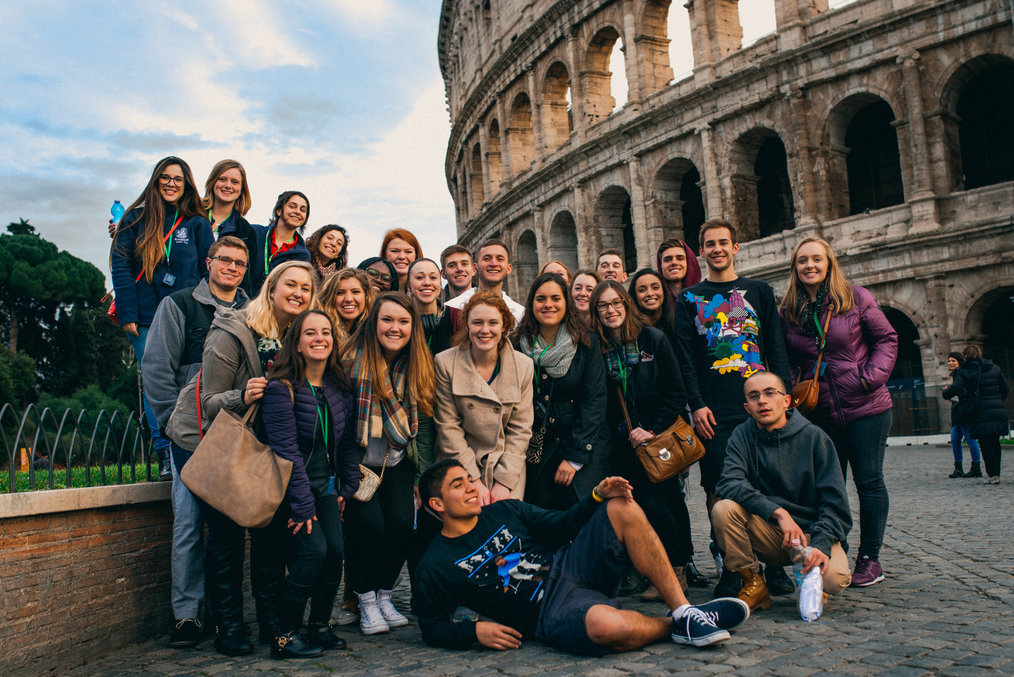 Another wonderful option in the city of Rome, the American University of Rome (AUR) is the oldest U.S. accredited institution in Rome. Sitting on a hill overlooking the city, you’ll spend your days receiving a world-class liberal arts education that extends beyond the classroom walls.

Many professors at the AUR compliment their lectures with on-site visits to historic locations. Learn about history, culture, and art while exploring the places you’ve only seen in textbooks. Many of the faculty at the AUR are also award-winning scholars, which gives you the opportunity to learn from the very best. The AUR also boasts a more affordable tuition rate than many private American universities, at just over $34,000 per year. 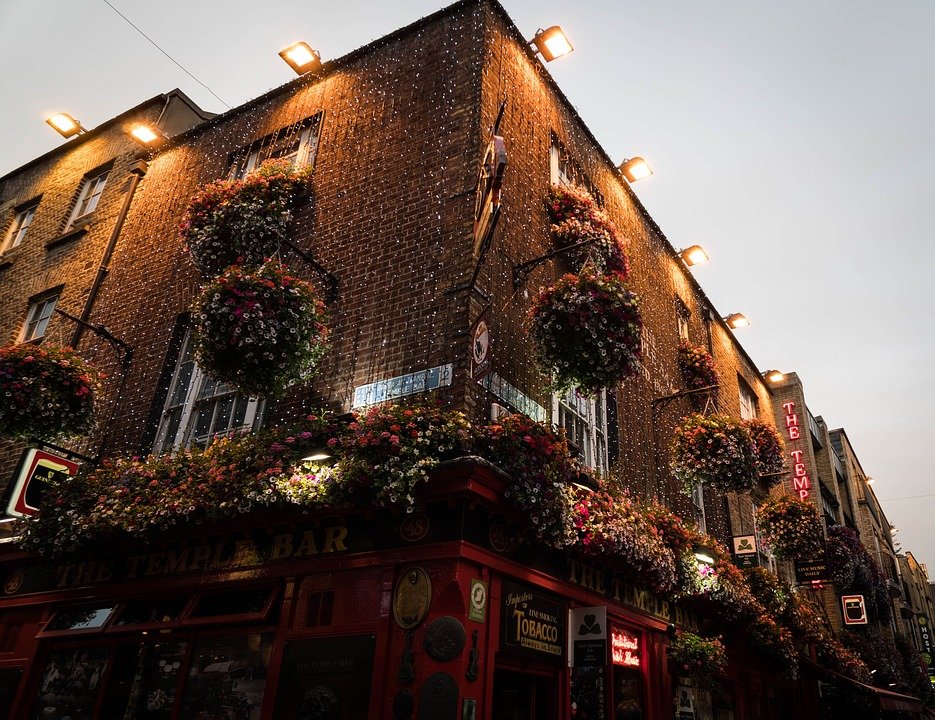 Dublin is a city of culture and history that boasts something for everyone -- from strolling through the peaceful St. Stephen’s Green to visiting the Temple Bar District on a night out. The American College Dublin (ACD) is located in the heart of the city, with both undergraduate and graduate programs available.

This liberal arts school strives for smaller class sizes in the hopes of creating a more intimate learning environment. Professors seek to engage students through active participation instead of simple lectures. The ACD boasts a high success rate, with many graduates continuing on to pursue a graduate degree. If you’re captivated by Ireland and long for a personal educational experience, the ACD is exactly what you’re looking for.

As you can see, the options for studying at an American university in Europe are many. From Paris to Rome to Athens, these schools give you the opportunity to travel internationally and live in some of the world’s most iconic cities, all while earning your degree. For many young adults, American universities are the perfect blend of foreign and familiar. If you’re hoping to study in a place that’s not on this list, take a look at the Association of American International Colleges & Universities, which has a network of international schools all over the globe. Whatever you choose, be prepared for one of the most memorable experiences of your lifetime.

This post was originally published in October 2013, and was updated in April 2019.