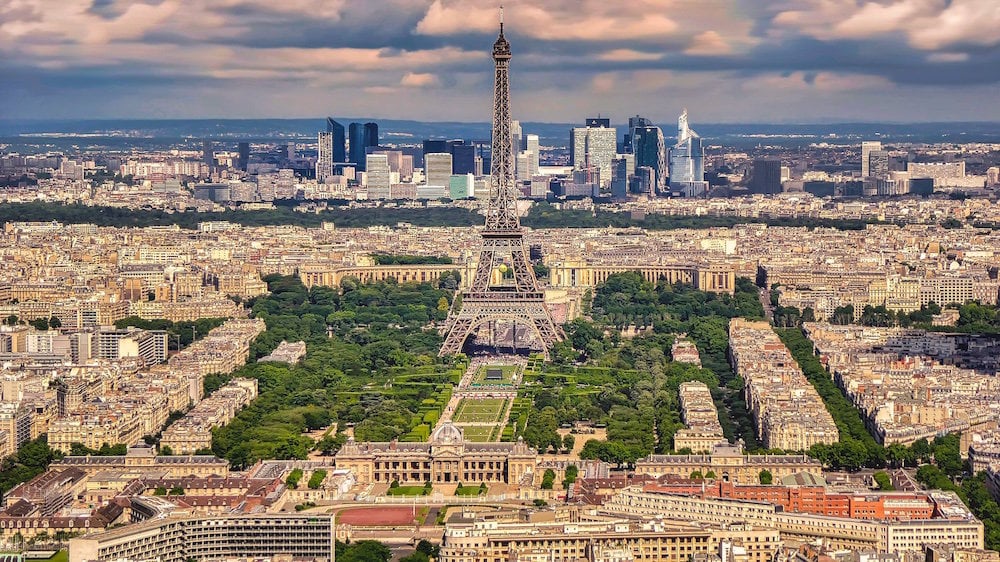 What happens when disaster strikes while you’re abroad? What are you supposed to do?

When I booked my one-way ticket to Paris, France for my semester abroad in 2015, these questions didn’t even cross my mind. Even if they had, no contingency plan could have ever truly prepared me to face the terrorist attacks that November.

When I arrived in Paris as a fresh-faced exchange student, I was enamored by the language, culture, and history of the city. I took full advantage of the opportunity to speak French and travel as often as possible. It was the most enriching experience of my life thus far -- the study abroad experience of my dreams… Until it wasn’t.

I was roughly halfway through my university exchange when terrorists struck in what was later labeled the deadliest attack to occur in France since World War II. I was in town that weekend, planning to play the tour guide for some visiting friends. The weekend obviously didn’t play out as expected. In reality, my friends and I spent most of the weekend holed up in my apartment in the 14th arrondissement, only venturing outside for groceries.

It was pure luck that my friends and I were on the other side of town from the attacks. When they began, we were actually taking pictures in front of the Eiffel Tower. We had no idea that anything was amiss until we got back to my apartment when my friend’s phone started lighting up with messages from her family.

My gut reaction was utter disbelief. Despite being only a few kilometers from the 11th arrondissement, my neighborhood was calm and quiet, as usual. From where we were, we could still see the top of the Eiffel Tower glimmering in the distance, as beautiful as ever.

It felt wrong that everything could seem so normal at a time like that. It wasn’t like the movies, where the screen fades to black and skips to the next morning. The world doesn’t fade to black when what’s happening is too awful to fathom.

The Aftermath: Should I Stay or Should I Go?

In the days that followed, I grappled with a myriad of emotions. Grief, anxiety, and fear alternated control of my mind. At times, it felt like I was drowning in sorrow while I mourned the loss of 130 innocent lives and what had been a perfect semester abroad. Then, I mentally berated myself for being so selfish. I was safe and unharmed, as were my friends and loved ones -- what right did I have to be upset? I struggled to come to terms with my emotions and contemplated leaving altogether.

By that point, I had already planned and paid for the rest of my weekend travels through the end of the term. My parents practically begged me to scrap my plans and go home right away, but I resisted. I knew that if I chose to leave then, any happy memories of my time overseas would be buried by the grief of that night. Unwilling to allow trepidation to eclipse those wonderful experiences, I resolved to stay and maintain my travel plans.

Facing the Grief with Determination to Stay and Overcome

My decision to remain didn’t mean that I was immune to the disquiet that pervaded the city. Though I tried to keep my doubts in check, there were still moments where I second-guessed myself. Members of the French gendarmerie (armed forces) appeared overnight, toting massive weapons throughout the city, including on metro platforms. I knew their presence was meant to protect us, but I found them more unsettling than anything.

On our first day back at school, a security officer interrupted class and asked us to evacuate the building. Unsurprisingly, everyone assumed the worst and started running, tripping over each other trying to get out. One student burst into tears from sheer panic. It turns out someone had left a backpack unattended, and the evacuation was a precaution. Regardless, the hysteria that ensued was an unmistakable sign of the distress that characterized the city in the wake of the attacks.

By mid-week, it became apparent that a large portion of the international students at school had packed up and left. In my mind, it seemed to divide us between the international students who could wash their hands of the situation, and the French who couldn’t. To my French classmates, the attacks felt particularly personal because the perpetrators had specifically targeted areas frequented by locals. My decision to stay was in some ways one of solidarity. 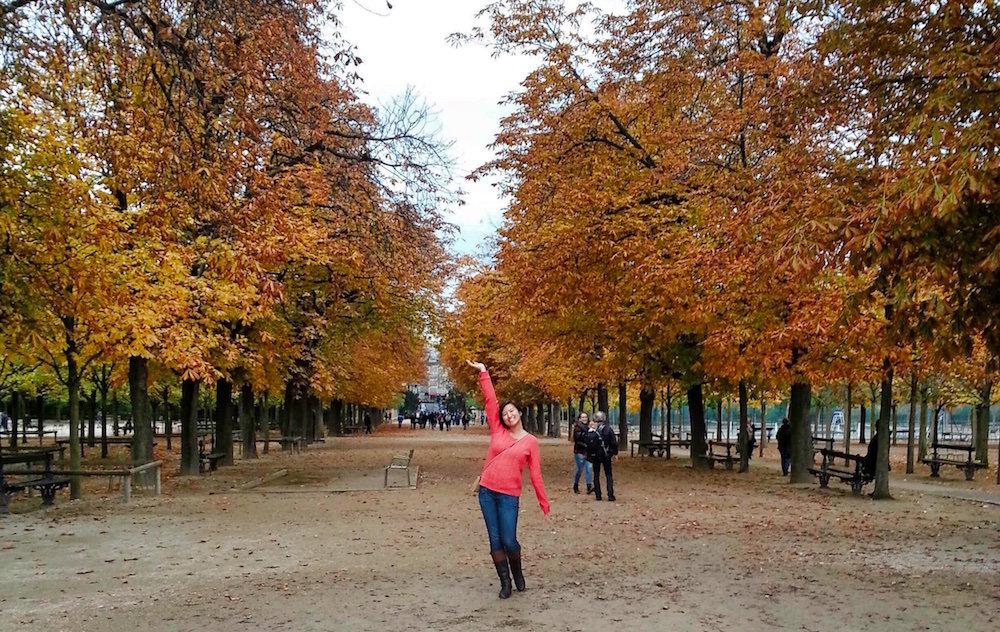 Photo by the author

Though we were strongly encouraged to talk about the attacks in class, I never did. I desperately wanted to, but I was simply at a loss for words. In the meantime, it helped immensely to hear the reactions of my classmates and to know that I wasn’t alone in my emotional struggle. By the time I found the words to express myself, we weren’t talking about it in class anymore. I was fortunate to have friends who listened patiently and validated my feelings.

The healing process was long and far from easy. Ultimately what helped me through the grief in the immediate aftermath was the visible demonstration of solidarity in Paris and around the world. Though it was a painful reminder of what had passed, it was helpful to see the Eiffel Tower turn out its lights for a few nights. The viral video of a French father explaining the attacks to his young son at Place de la République was another source of great comfort to me.

Watching as the Parisians slowly but surely mended their broken hearts, I realized that even after the most devastating events, people naturally unite to overcome the pain and grief together through love and support. While I recognize that leaving was the right decision for some, I know that staying was undoubtedly the right choice for me. Now, when I reflect on my time abroad, while I will never forget the tragedy of so many lives senselessly taken too soon, I also strongly recall the healing and resilience that endured.

Tips for My Younger Self 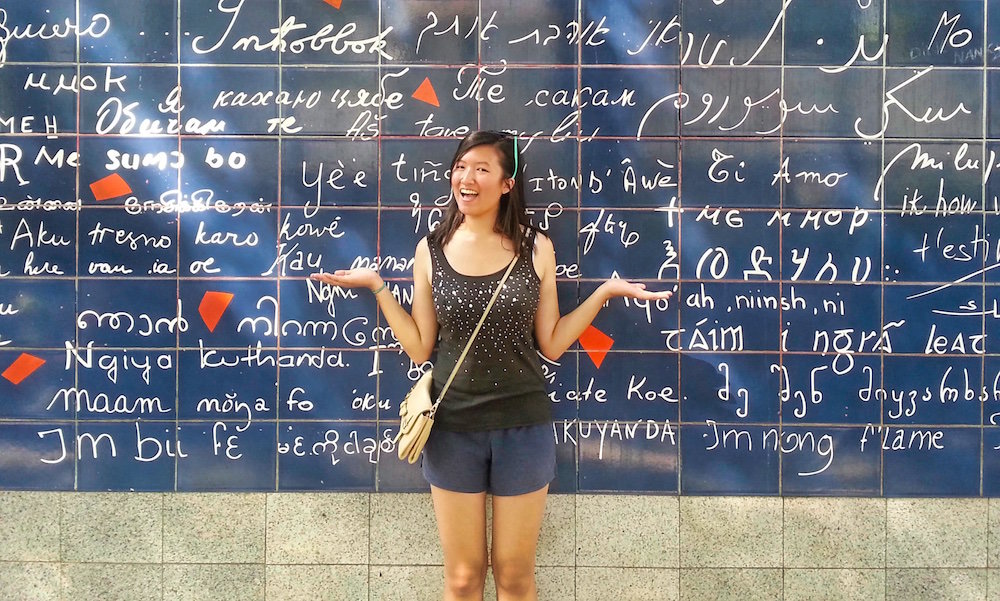 Photo by the author

Two years later, I sometimes still struggle to reconcile all that transpired. It breaks my heart to hear of other terrorist attacks around the world, which happen far too often. For those who are caught in the crossfire, getting past the horror of such an event can seem insurmountable. Based solely on my own experience, if I could give myself others advice on coping with the aftermath of such attacks, I would say this:

Hopefully your semester abroad won't have anything like this, but if you are struggling to deal with a difficult time while studying abroad, we are here to help! Let us know in the comments and we'll try to help you get support.