Skip to main content
Ready to Intern in the Middle East?
Explore Internships 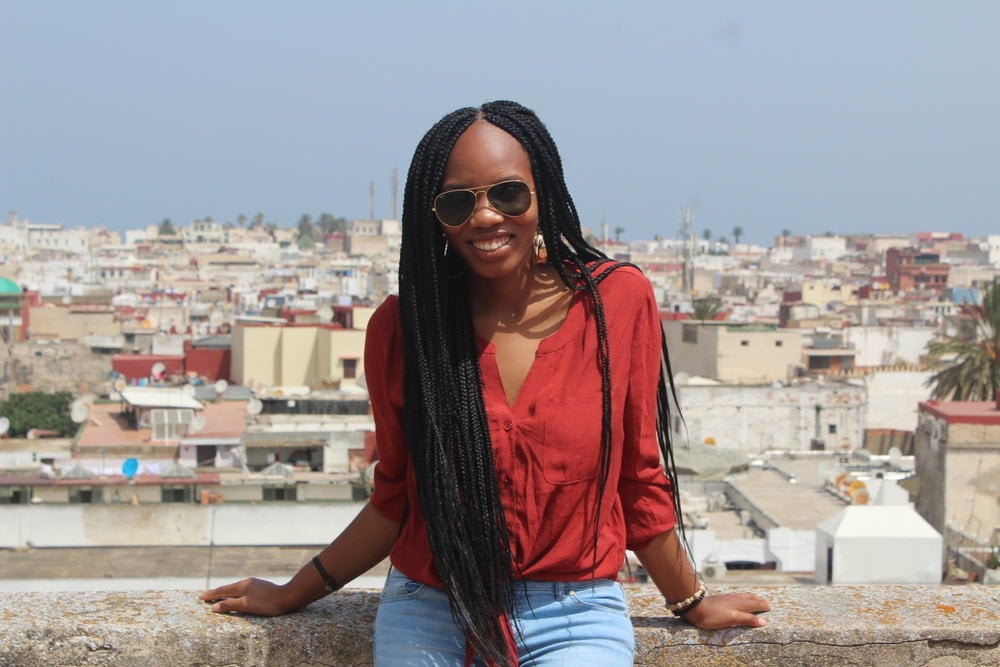 You’ve just landed that coveted marketing internship at a major multinational company in Dubai (or Doha, Amman, or Beirut) and you’re all set to take your first steps to building an international career. While you’re eager to adopt labels like 'Citizen of the World' and 'Cultural Chameleon,' taking the time to truly learn the ropes of life as a woman in the Middle East can make a world of difference to your internship experience. Here are some tips for women working in the Middle East.

Know the Culture and Etiquette

One of the first things you need to do while you prepare to intern in the Middle East is to get acquainted with the culture in the city where you’ll live. Understand that while you may not agree with every aspect of the culture, you must show respect for it during your time there. This means accepting that both social and business etiquettes are different in the region and learning how to navigate them.

For example, as a woman, it’s best to refrain from initiating a handshake or any other kind of physical contact with a local man, even at the workplace. This avoids the chance of embarrassing someone who may not want to greet you similarly and gives them the chance to initiate contact depending on their comfort. Hugging and kissing members of the opposite sex is completely taboo, as are public displays of affection. On the other hand, women are treated with great respect in many Middle Eastern cities, sometimes more than is expected. As a woman from Western society, you might find yourself surprised by the chivalrous and protective behavior of male colleagues. This isn’t meant to be patronizing or to challenge your independence; it’s a cultural norm.

People in the Middle East are warm and friendly, but also like to keep their personal lives private. While you develop friendships in the workplace, it's highly uncommon to ask intrusive questions about your colleagues’ personal lives, relationships, or families. This may seem odd if you come from a country where this level of closeness is common in the workplace, but remember that often, 'right' and 'wrong' are a matter of perspective and socio-cultural conditioning.

Familiarize yourself with important religious practices and festivals that may have an impact on expat life. While living in the Middle East, you will get used to hearing the call to prayer five times a day and you’re expected to refrain from loud conversations or playing music loudly at the time, especially if there are colleagues praying in the vicinity. Most offices have prayer rooms or areas for colleagues and it is rude to show a lack of sensitivity to their faith.

The holy month of Ramadan is an important month of fasting for Muslims when the focus is on charity, empathy, and benevolence. During this time, eating, drinking, smoking, and even chewing gum publicly is strictly forbidden until sunset when the fast is broken. Typically, work hours are reduced as a consideration for fasting Muslims. In some cities such as Dubai, non-Muslims can eat and drink during the day in designated areas only so as not to offend those observing Ramadan. Modest dressing, especially during Ramadan, is a must.

At least once, you can expect to be invited by your Muslim colleagues to join them for an Iftar dinner where they would break their fast. It’s polite to accept and join in the traditional meal; it will also give you a unique insight into the religious rituals practiced around this time of the year.

Our best advice is to do as much research as you can. This means stepping beyond your social media feeds to search the internet for valuable, current, informative sources. Blogs that are written by other expats and social media expat communities are great ways to get an insight into the day-to-day life in your new home. 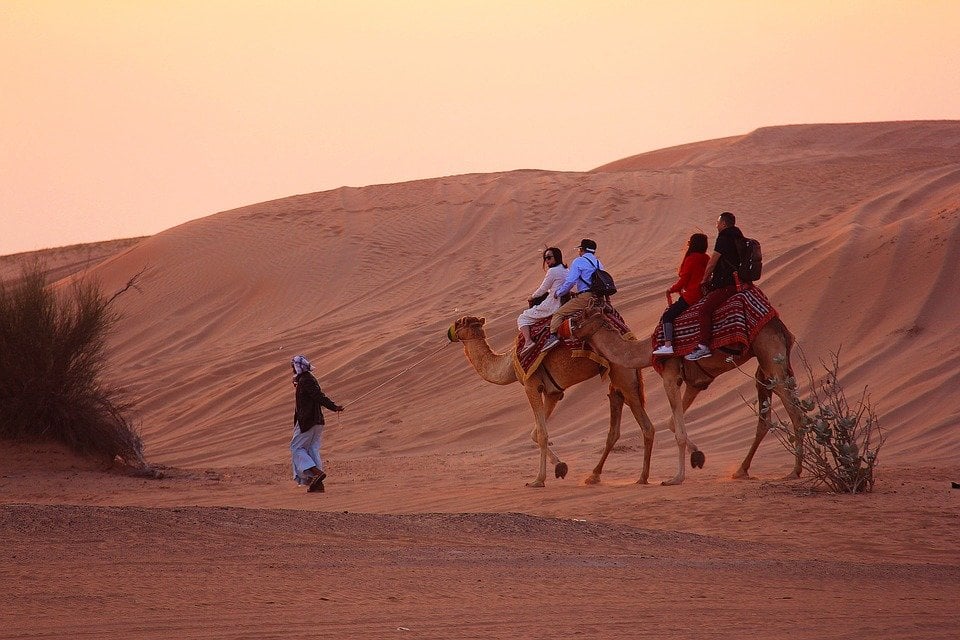 If you’ve decided to live like a local in a new city, you might as well learn how to dress to blend in rather than stand out like an ignorant outsider. In modern Middle Eastern cities like Muscat, Dubai, Doha, or Beirut, this does not mean you need to don a black abaya like the local women or even wear a headscarf, but you do need to dress modestly, especially in the workplace.

Cover your cleavage, knees, shoulders, stomach, and back, and don’t wear transparent or body-hugging clothes. Dressing right helps you avoid the wrong kind of attention and earn the respect of your colleagues, many of whom will be local, and be treated like you’re one of them.

We recently put together a resource about what to wear while studying abroad in many Middle Eastern cities. While these outfits are more casual than you may want to wear in the workplace, they can give you a good sense of how to start planning your wardrobe. 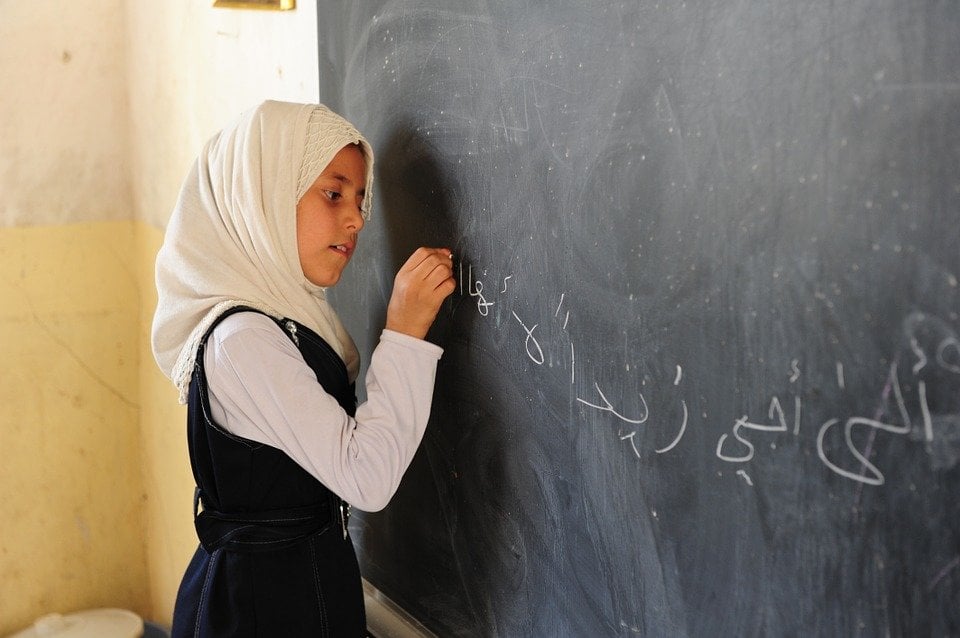 An internship in the Middle East is an excellent opportunity to add a new language to your portfolio. While English is widely spoken in many Middle Eastern cities, trying to speak in Arabic, and in some parts French, will help you break the ice with local colleagues. You don’t have to be proficient before you arrive (although that would be ideal), but if you take a conversational class alongside your internship, you’ll earn brownie points for the attempt.

In internship roles that involve regular liaison and communication with government officials and entities, speaking the local language directly contributes to the efficiency and effectiveness of your job.

If you were born into and only ever lived in a democracy, the idea of living in a country with another form of governance can, at times, seem confusing. The Middle East has faced wars, conflict, and you have only to look through the pages of the region’s history to understand that its journey has been anything but straightforward.

Countries that are now prosperous got there by figuring out what works best for their people, and while this may seem completely opposed to the ways of the West, it works for the Middle East. Perspective is a matter of where you come from and what you've learned through experience; the same applies for Middle Eastern locals you may meet.

It's best, therefore, to steer clear of expressing your judgments and opinions, in the workplace and elsewhere, about politics or culture in a way that offends locals and belittles the achievements of their countries. Your internship is an opportunity to gain a new perspective, so allow your mind to be open to different cultures as you encounter them. 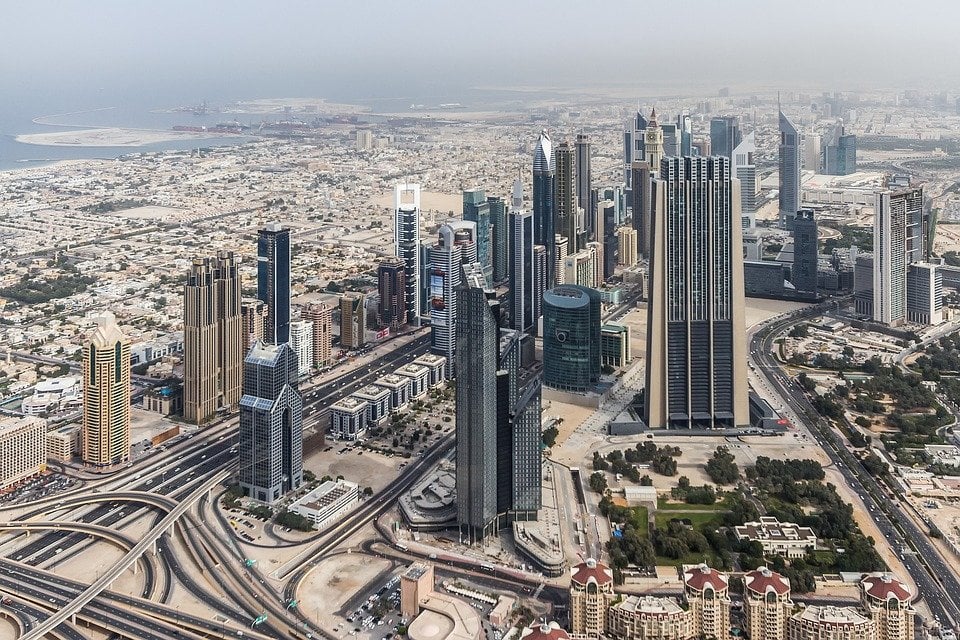 The Middle East is fast gaining a reputation for innovative technology, fintech, sustainability, and education startups created by young and ambitious entrepreneurs with exciting opportunities in cities like Dubai, Beirut, Amman, and Cairo.

While this means greater job opportunities for creative self-starters who like to think out of the box and have strong leadership skills, those considering such jobs must weigh the pros and cons carefully. Often, startups and fledgling Internet businesses prey on young interns who might be attracted to the idea of interning abroad but don’t they pay them nearly enough to cover rent and living expenses. Many interns arrive in the Middle East only to find that living here is far more expensive than they imagined.

As an intern, you might also not be entitled to the same health benefits as other permanent employees. Keep in mind the high rents and standards of living in cities like Dubai, Abu Dhabi, and Doha while negotiating your contract to ensure you’re being fairly compensated. Expressing displeasure or trying to renegotiate once you’ve already moved might not work to your advantage.

It’s also prudent to ensure that your contract allows for termination by both parties so that you have a way out and can move back in case you’re not happy with your internship. 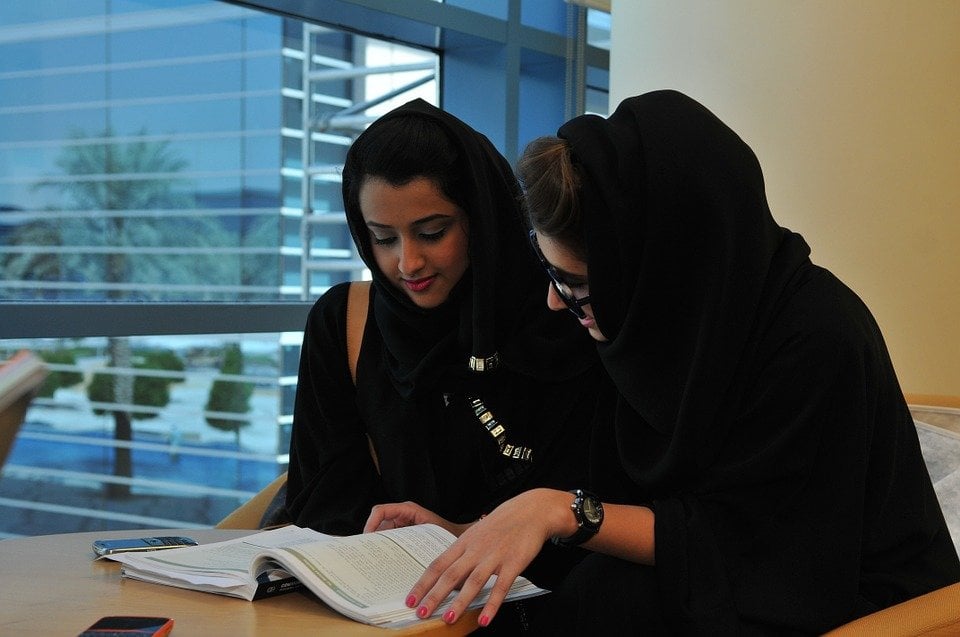 As is the case with any internship, it’s important to have some clarity about your objectives before you move overseas. While objectives may change as your internship evolves and opportunities present themselves, having your basic goals defined will lend structure and purpose to your internship.

Here are some questions to ask yourself:

Knowing the answers to these questions and keeping them in mind can help you make the most of your internship experience, anywhere in the world.

Young interns, particularly women, might sometimes find themselves intimidated in the Middle East by the work culture and gender ratios in the workplace. You might be a female intern in an all-male team of senior executives or might be reporting to a male boss. You might find your ideas being prematurely dismissed and like many career women, come to the realization that it has something to do with your gender.

Unfortunately this is hardly a problem that is restricted to the Middle East. In some societies, female leadership is still a new, hard to digest concept.

Do not be discouraged; be assertive, confident, and find tactful and subtle ways to challenge the norm. In multinational companies, for every chauvinistic colleague, you’ll find two others who are encouraging. If the problem persists, consult the HR department. 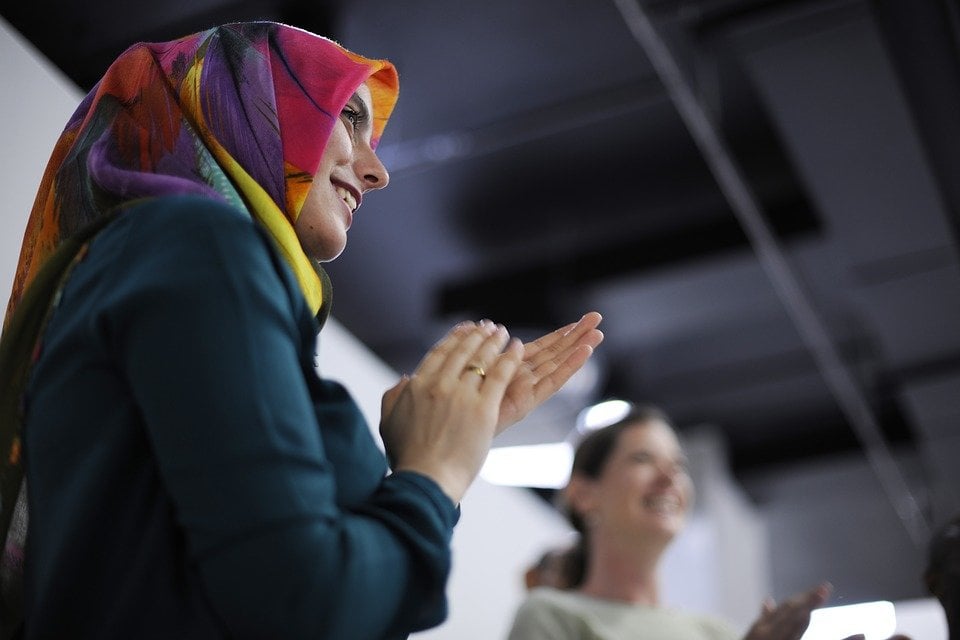 An internship may or may not be a stepping stone to a permanent job with the company or in a certain city, but the very least you should come away with is a network of colleagues, professionals, and possibly friends, that you can access at a future time.

Cultivate professional relationships during your internship by showing initiative, engaging in meaningful conversations, and seeking advice from your colleagues when you need it. Don’t be afraid to ask for help when you’re feeling overwhelmed by expat life in a new city or your new job responsibilities.

The people you work with can become the important support system that helps with settling into the internship and the city that you’ll call home for a while.

Living and working abroad in a multicultural environment helps you develop invaluable professional and personal skills. But beyond the stellar addition to your CV, an internship, whether in the Middle East or elsewhere, gives you the chance to dip your toes in expat life. This brings about greater tolerance and the ability to appreciate and empathize with cultures that are different from the ones you’re comfortable with. A generation that possesses that quality is needed now more than ever.

How to Find an Internship Abroad