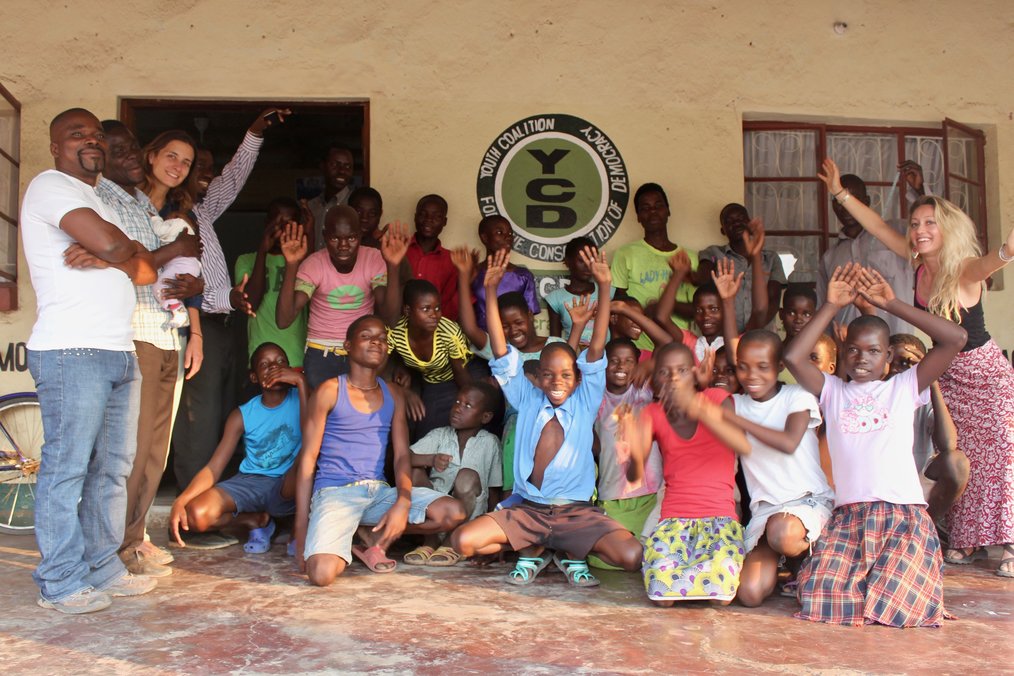 From two weeks to two months to two years, volunteer abroad experiences come in a lot of different shapes and sizes.

Here's a collection of diverse perspectives on what volunteering abroad can look like and what kind of impact can be achieved with different timeframes, organizations, and approaches.

If you're looking at programs and considering where to go and for how long, we hope these snapshots can help provide some perspective. 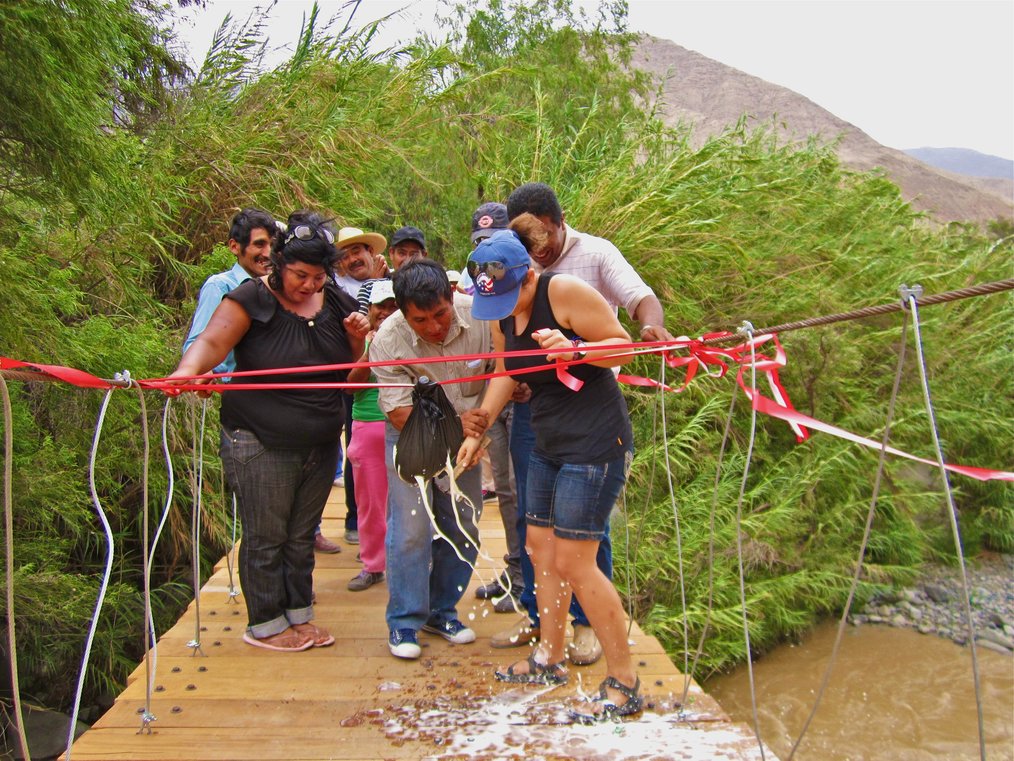 "I worked in a small, rural community eight hours south of Lima to increase access to potable water and sanitation and conduct health and hygiene education," says Tasha when recalling her volunteer work abroad. "One of my projects was an integrated household sanitation project in a small, marginalized community. We built the town's first sewage system and toilets, improved cookstoves (for women cooking on open fires), and replaced the water reservoir. We reduced trash burning by 90 percent and reduced cooking on open fires by 71 percent. Community members reported a 30 percent increase in drinking treated water. Availability of soap and towels at hand washing stations increased by 800 percent."

My Peace Corps service fundamentally shaped who I am and how I approach the world. I’m not afraid to venture into the unknown.

Tasha also had a wide range of volunteer experience overseas before she joined the Peace Corps following her college graduation. After a trip to Morocco in 2009, she realized she wanted to expand her original academic focus beyond Latin America. She began taking classes on Muslim civilization, South Asia and Africa, and studying Arabic. In the summer of 2010, she was able to secure a position as a Program Officer with the Live & Learn Environmental Education in the Republic of the Maldives and worked on an innovative gardening project designed to empower women, increase food security, and promote democracy.

She also took short trips over her spring breaks to, for example, build houses in Honduras with Global Villages, which is the international arm of Habitat for Humanity. She even volunteered at a local soup kitchen while she studied abroad in Madrid in 2009, showcasing how you can get involved in the community and give back, even while you're on a semester abroad program.

On the impact of volunteering abroad: "I know that everyone has an important story to tell and that communication requires understanding the other party’s culture and values. I also recognize that failure is part of the road to success, and that creativity, innovation, and grit can go a long way to resolving problems. It also laid the foundation for my career in communications." 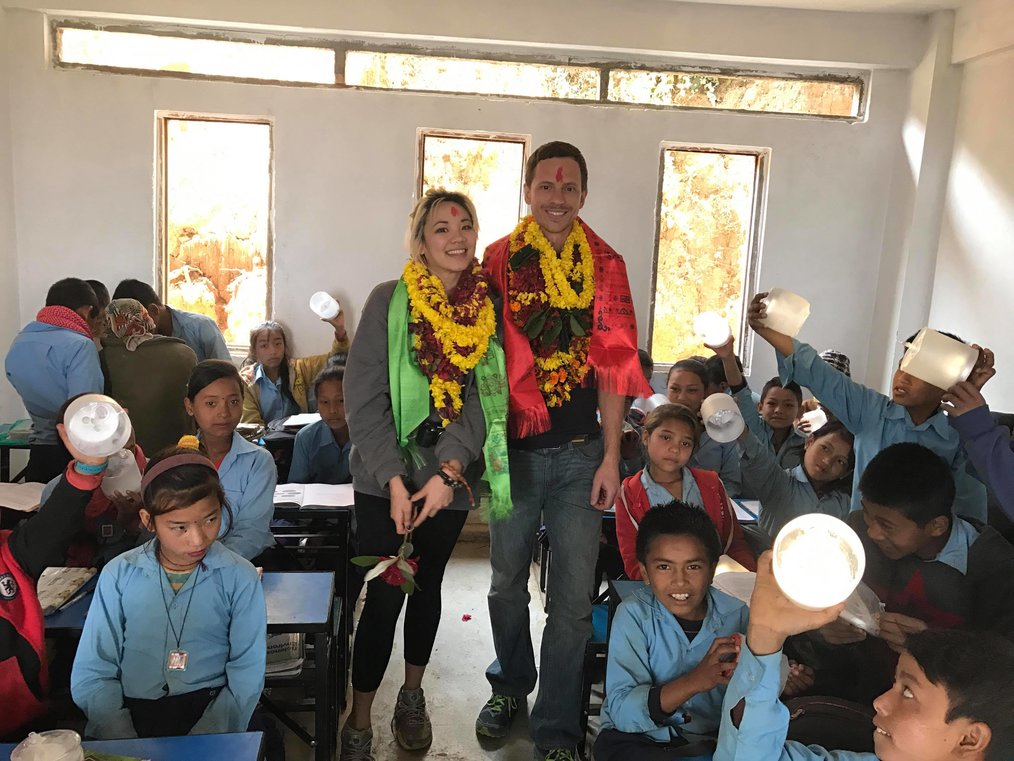 Successful Los Angeles-based Miu took a two-week trip to Nepal to volunteer with Kids of Kathmandu, working in remote and hard-to-access places to distribute solar lights to schools and contribute time rebuilding a school that was affected by the 2015 earthquake.

About her experience, Gene says: "It taught me never to assume what other people are going through or how they feel. A lot of volunteers I worked with felt sorry for the local Nepalese because they lacked material goods or education. However, I think that many of the locals were proud and had come to terms with their situation, so I didn't think feeling sorry for them was right."

I learned from them to be thankful for everything I do have rather than be unhappy about what I don't have, like they demonstrated.

On the impact of volunteering abroad: "The Nepalese were some of the most kind and giving people I have ever met and would go above and beyond to make me and the other foreigners feel welcome. I also learned that it doesn't matter where I am in the world, what is most important to me is connecting to people and, in doing so, I feel at home." The first time Daniel volunteered abroad was for six weeks in Eastern Uganda with a small but effective organization called Little Big Africa run by an English woman and her Ugandan husband to help provide clean water and sanitation for villages in Uganda.

"We stayed in a rural village near the border with Kenya where we helped build a water tank for the school, protected a natural water source, taught kids about clean water and sanitation, and built fuel-efficient stoves in the community. The charity checks on the village several times a year to promote project sustainability and ensure that the water tank we built remains operational."

It completely changed my perspective on lifestyles and gave me loads of confidence that I can tackle challenges and lead meetings.

About this experience, Daniel continues: "It was really humbling to see how different their lives are and it was really fulfilling to know that our actions there made a big difference to the community."

Fine has a tendency towards medium-length volunteer work and also spent time in Honduras for ten weeks through the British government's International Citizen Service. About the experience, he says: "We were working in villages near the town of Gracias as a team of seven Brits and nine Honduran volunteers. The project was based around environmental sustainability, encouraging the use of organic fertilizers and diversifying the crops produced. This taught me a lot about working in a team and how to overcome language barriers."

On the impact of volunteering abroad: "I think the biggest impact we had was actually on the Honduran volunteers who were from the villages we were working in. They continued the work after we left and some went onto further education based on this experience. We became incredibly close to all the Honduran volunteers and still keep in contact with them -- it’s those connections and relationships that really stayed with me after I left." 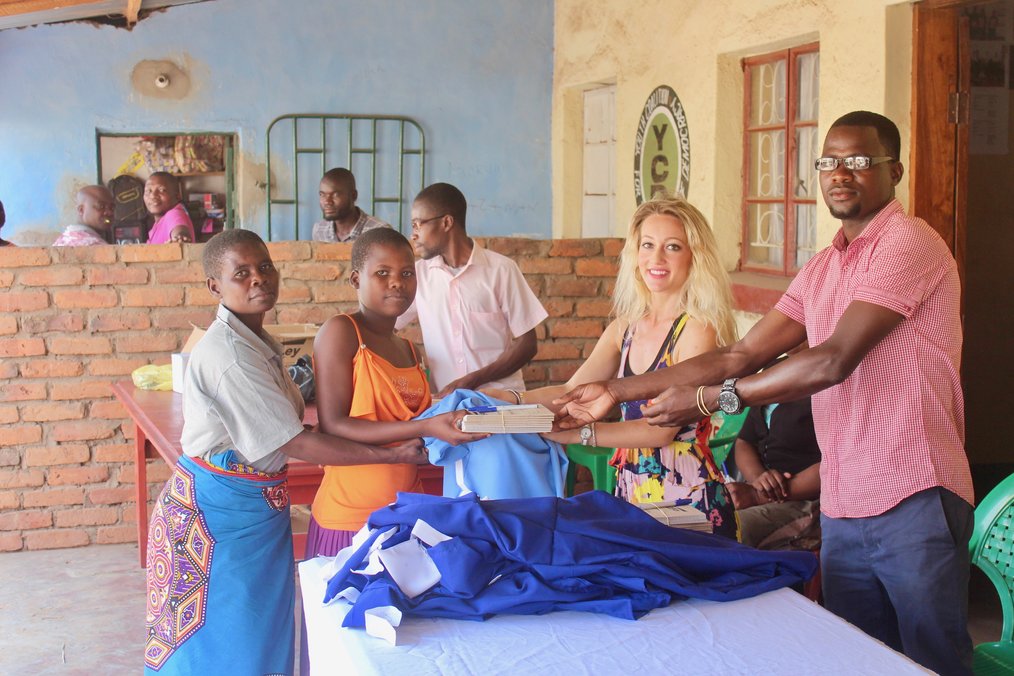 Elaina has a few volunteer abroad experiences on her resume, from three-month stints at the Ashoka Foundation's Cairo office or working as an intern for two months in Guatemalan NGO. This past September, she decided to find a thriving, locally-run organization in Malawi and see how much impact she could have in just 3 weeks.

I learned that even with short-term volunteer abroad experiences, I can make a lasting impact. It just takes the right approach in collaborating with the organization's leadership, figuring out their biggest pain points, and building sustainability into my work. Even in just a few weeks, I can create things that other volunteers can use or replicate for years to come.

Giolando reflects on her experience: "I've always chosen to volunteer with locally-run NGOs since my experiences have always been for three months or less, which is a very short time practically-speaking for an international volunteer. With my last experience in Malawi, I focused on an organization that was already doing great work and who could benefit from additional support like building out a website, writing grant templates, identifying grant opportunities, and fundraising. I also helped raise $2,000 to support an under-funded program and built marketing materials that would help the organization promote its work to donors in the future. I made sure to inventory the Managing Director's biggest pain points and work to develop things that would help those pain points after I left and enable him to do his work even more efficiently."

On the impact of volunteering abroad: "I think 'volunteering abroad' (unfortunately) tends to be more about developing the foreign volunteer on a personal level than delivering concrete value to the host organization. However, I think the relationship can be more equally balanced if the volunteer approaches his or her work with a 'Will this be useful 6 months from now?' or 'Can this be easily replicated by someone else?' mindset. If the focus is on doing work that has a longer-term impact on the organization, then the visitor's work will be useful even after he or she leaves."