Located off the southeast coast of Africa, Madagascar is home to some of the world’s most amazing biodiversity, and a nature lover’s paradise. Made up of peoples from Africa and Asia, the country features a beautiful blend of cultures seen within the food, the lifestyles and even the landscapes. In Madagascar, you can play with lemurs in the rainforest, eat fresh coconuts on the beach, and work on environmental conservation during your Gap Year.

Keep reading more information about the world’s fourth largest island below to see if a Gap Year in Madagascar is the right next step for you.

Madagascar is a great place to work and play. With beautiful beaches, high mountaintops, hundreds of plants and animals to amaze you, and interesting people to learn from, you will have plenty of options for gap year programs.

Madagascar is one of the ten poorest countries in the world, according to the IMF, based on Gross Domestic Product (GDP), and could definitely benefit from volunteers’ efforts. As a volunteer, you will learn about your not so near neighbors’ reality and be able to teach your friends at home about how people around the world live.

By volunteering in Madagascar, you may get involved with marine conservation, or research lemurs at a conservation project, or teach English to students of all ages. For all volunteer programs, an interest in learning the basics of Malagasy language is encouraged in order to help you better connect with the local people.

Wildlife Conservation Society (WCS), has opportunities for family planning education and socio-economic analyses, in addition to ecological monitoring and environmental education. WCS works in Maroantsetra, which is surrounded by protected National Forest, on the northern East Coast. They accept volunteers for 1-3 month stays and French or Malagasy speaking ability is vital, except for those working in their education program.

Azafady works in the Southeast part of the country, which typically involves a flight to Ft. Dauphin, the southernmost tip of the country. The Azafady Conservation Programme offers internship credits for university students and welcomes people for 2-10 week experiences.

For those interested in other community development projects, there are smaller non-governmental organizations and religious associations as well.

In between helping with marine conservation, or lemur research, most Gap Year programs in the island nation will provide a chance to explore the National Parks. For people who like traveling off the beaten path, from challenging hikes to river rafting, Madagascar has endless possibilities.

World class diving and snorkeling can be found in Toliara and Nosy Be, and whale watching in Ile Sainte Marie. Surfers can explore thousands of miles of untouched coastline, but the best surf is in the Southwest.

Andringitra and Isalo National Parks, located in the Southwest, offer up to week long hiking and camping experiences, featuring wonderful vistas, waterfalls and of course, biodiversity. Andringringitra is the highest peak that you can climb in Madagascar. For those interested, there are even rock climbing opportunities outside the Park at Tsaranoro.

Tsingy de Bemaraha, a stunning limestone formation, is a UNESCO World Heritage Site, located near the western coast. Visitors may access it by road from Morondava, outside the rainy season, (avoiding trips from December to March), and almost climb through the pointed peaks with a harness.

For those looking for lemurs, and moderate hiking, go to Andasibe or Ranomafana National Parks, located on the East Coast, and in the southeastern part of the country, respectively.

If you’re interested in learning French during your Gap Year, you can study at one of the well-established Alliance Française schools. It was a former French colony, so it is widely spoken in large cities, and by educated populations.

They have largely managed to preserve their Malagasy language, thus it is still the language spoken by most people in rural communities. Impress your work counterparts by learning a little Malagasy with the help of a Malagasy-English Pocket Phrasebook & Dictionary.

In a country where day-to-day life is about finding money to put food on the table for the next meal, it is important to note that Malagasy people eat more rice per capita than anywhere in the world. On the red island, rice is eaten three times a day with a side dish. Much of Madagascar is still an agrarian society, running on a slow pace of life, where people live off the sun to tell time, and canoe to their rice fields.

People are generally more conservative in the highlands than the coast, both in terms of dress and attitudes. The highlands can also get very cold, down to 32 degrees Fahrenheit in winter months from June to August, while the coasts are typically hot year-round.

Infrastructure such as roads, could use improvement, which makes traveling time consuming. Many people fly for a lack of time, in order to see as much as possible. Local buses are available for budget travelers.

Domestic flights are expensive through Air Madagascar, but can be necessary when on a timeframe and trying to get from North to South. Residents (visa holders) under age 27 receive a discount on flights, as do residents, so don’t be shy to ask about the special rates.

Clean drinking water can be hard to come by and it is expensive to buy water bottles, but there is this environment-friendly purification tool called a steripen.

Those planning to travel to Madagascar should consult a travel health specialist 4-8 weeks before departure. Hepatitis A and B and Typhoid vaccinations are recommended, as is the Rabies vaccination for those who may be exposed to animals in the wild. A Tetanus-diphtheria reactivation is recommended every 10 years.

Malaria prophylaxis should be taken. Do research on which option is best for you – malarone, doxycycline, or mefloquine. Proof of Yellow fever vaccination may be required upon entering the country -- especially if you’re flying through South Africa.

A 90 day travelers’ visa may be obtained at the airport upon arrival, along with a passport valid for at least 6 months past the extended stay. A special one-month extendable visa must be obtained, once in Madagascar, at the Ministry of the Interior. Check Madagascar’s Embassy website for details on additional requirements past the 90 days. 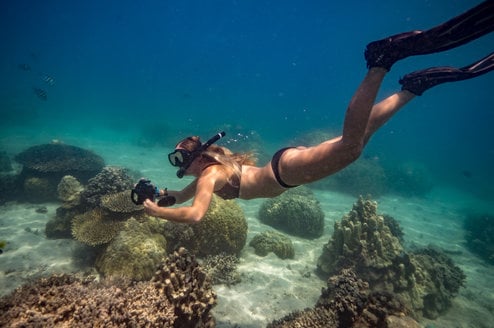 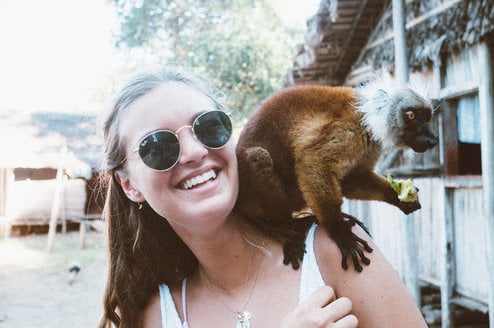 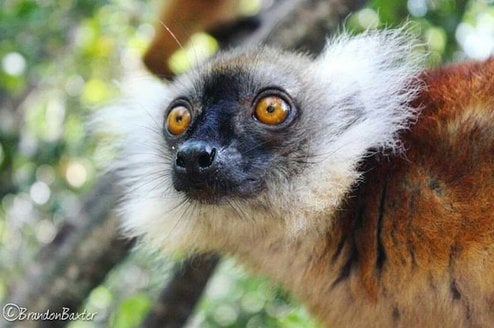 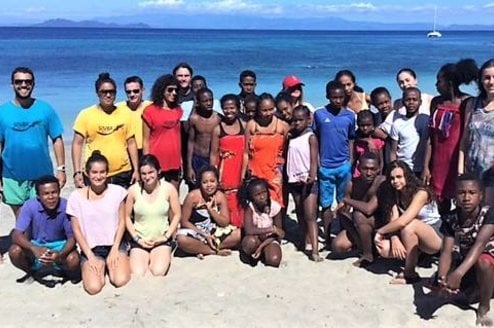 Madagascar
9.40 •5 reviews
Welcome to our Marine Conservation program. Here, what you will do...
View Program 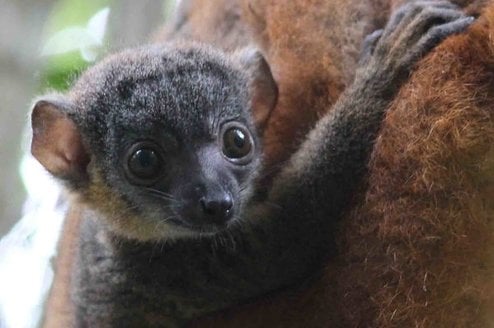 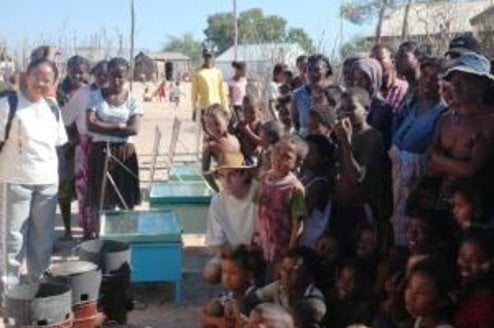 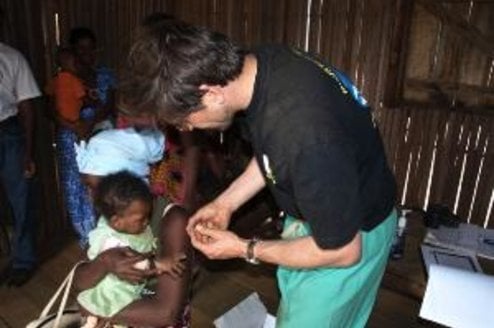 Volunteer in Healthcare with Maventy in Madagascar 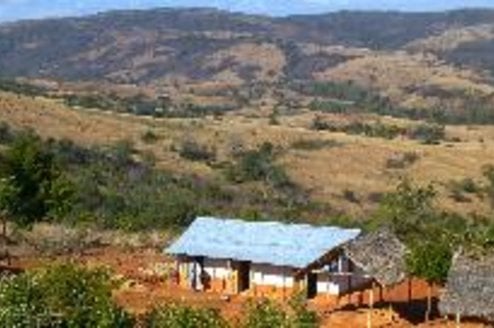 Volunteer at a Rural Village Clinic in Madagascar

Madagascar
We welcome people who wish to spend time in a small Madagascan village...
View Program 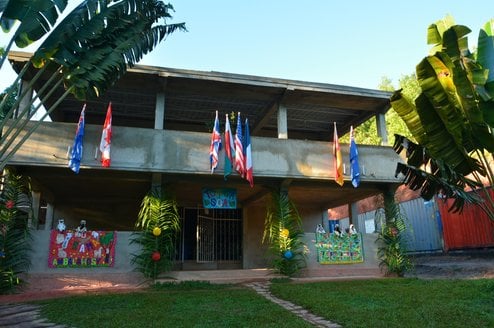 Madagascar
During a 12-week tenure, volunteer cohorts will spend half their time...
View Program