Surrounded by mountains and volcanoes, complete with its location on the equator, the majestic “city in the sky” is equal parts charm and beauty. At 2,800 feet above sea level, Quito will, quite literally, take your breath away.

With a unique culture and its Spanish, indigenous, and Incan influences, Quito is no doubt a special place to study Spanish. From discovering local markets, indulging in fresh cuisine, exploring natural beauty and embracing the history and culture, there is no shortage of things to do and learn in this bustling South American city.

Quito, Ecuador is a phenomenal choice when looking to learn Spanish. It’s affordable, bustling with a rich and unique culture, and full of opportunities for Spanish learners to study and practice. If you want an authentic experience in a city not infested with foreigners, Quito is the place to be.

As a whole, Quito is a wonderful place to learn Spanish because the majority of its residents do not speak English. Even in the marketplaces, which are frequently buzzing with foreign tongues, English is seldom spoken.

Like any large city, there are a number of ways in which you can improve your language skills, ranging from university and language school classes, private tutoring and simply interacting with locals. When deciding which option best suits your needs, it is crucial to consider your budget, ideal level and timeframe.

The options for learning Spanish via classes are plentiful. You can do one-on-one lessons to optimize learning, and classes of a few students or more are also available. Private tutoring tends to be a bit pricier, but you can always negotiate with your tutor.

Intercambios, or language exchanges are a more laid back choice, allowing you to fraternize with locals and have fun doing it. Let’s face it: cervezas make speaking a new language much easier. And, they’re free… well, besides the cost of cerveza.

If you are looking for a more structured option, consider taking classes at a language school. You can enroll for a semester or even a few weeks, depending on the program. There are even options to travel within Ecuador while taking courses, or live with a homestay. The choice is yours!

This city has it all: scrumptious eats for the foodies, incredible views for the nature lovers, an interesting history for the history buffs and intricate architecture and churches for the photogs. What’s not to love?

Quito was declared a UNESCO World Heritage site in 1978 due to the pristine preservation of the old town. For the photographers, it is essential to meander the cobblestone streets and observe the antiquated buildings and magnificent churches.

There is no shortage of dreamy plazas, stately government establishments and traditional churches. The Basilica de Voto Nacional is the largest neo-Gothic basilica in the Americas and a must see. You can even climb to the top (though not for the faint of heart) for a sensational view of the city in the sky.

For the outdoorsy types, Quito is situated in the highlands of Ecuador and surrounded by majestic green and snowy mountains. In fact, if you have approximately three free hours, one can even hike the Pichincha volcano. A cable car is also available to maximize time. Just be careful with the altitude!

Deeply influenced by its indigenous background, Quito’s culture is known for its art and music. If you love bright colors and images of people, flowers and the sea, look no further.

The indigenous art of the Tigua people is particularly beautiful and unique to Ecuador. There are many talented artisans all over the country, and you can purchase many beautiful goods at local markets in Quito.

And then there’s Pasillo, the traditional national music, originally associated with Ecuadorian independence. In Quito, there is always art that needs appreciating and music that needs dancing feet!

As luck would have it, Quito is cheap and the national currency is the dollar. This city is unbeatable seeing as you do not have to convert currencies and you won’t walk away with empty pockets.

Renting an apartment in the city center can range anywhere from $200 to $500 dollars per month, depending on if you choose to live alone or with roommates. On average, a swanky 3-course meal with your beau would cost $20. Not a bad place for a date. A one-way ticket for the bus averages at $.25 cents per ride, making navigating the city relatively simple. Budgeting in Quito is clearly doable. You might even be able to save while living the dream!

However, if you are finding yourself short on cash and looking for a quick and easy way to make dinero, your native English skills will likely be your best asset. Get creative; hanging up flyers at local universities and attending language exchanges are a good place to start.

While living in Quito is cheap, there are still expenses. The good news is that there are opportunities for scholarships if you look for them. Here are a few good places to start:

Study Abroad Funding is a great search engine to use if you are interested in studying a specific subject. Scholarships and terms vary.

The Gilman Scholarship is available for undergraduate students who are receiving Federal Pell Grant funding. Scholarships can be awarded up to $5,000.

Boren Awards are available for both undergraduate and graduate students interested in studying a language in a more remote area. Funding can be up to $20,000 per year.

If you're still in school, you can also look into scholarship opportunities at your institution. 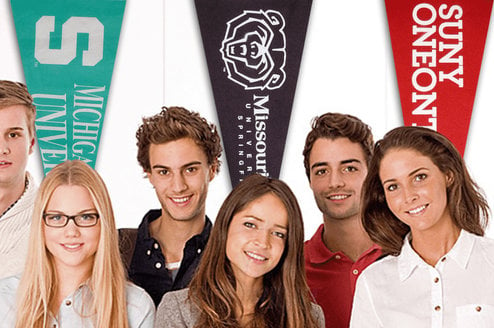 Earn 3 credits in only 3 weeks of classes! Students travelling to... 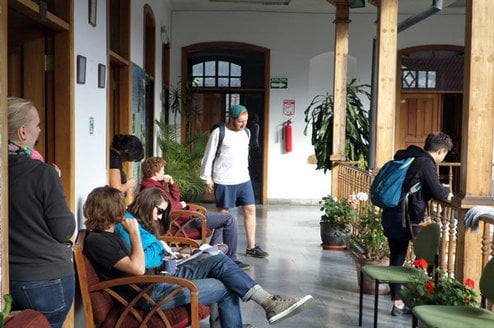 Learn Spanish in Ecuador with Yanapuma Foundation and Spanish School

Kickstart your Spanish skills with this 20-hour per week intensive... 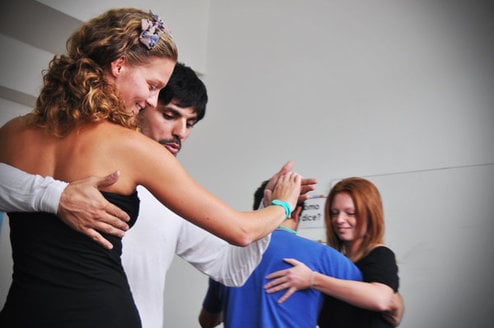 With glaciers on one side and Caribbean beaches on the other, not to... 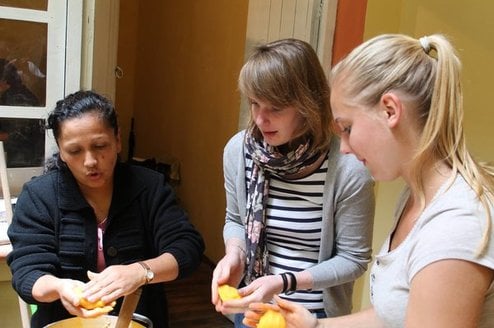 With locations across Ecuador, our Quito location is right in the... Customized Spanish Language Program for You

Want to learn the Spanish you need for your major or career at your... 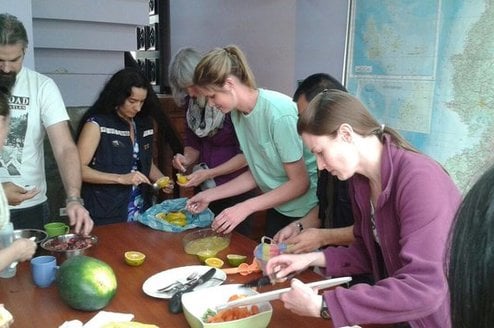 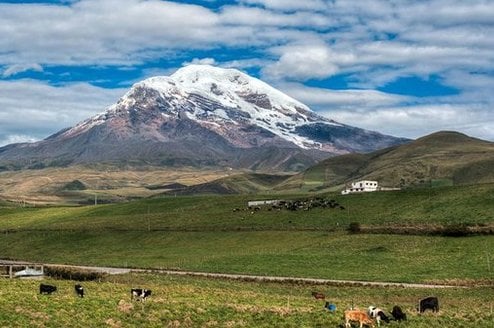 Our school in Ecuador is located in Quito which is also known as the...

Our school in Quito is located in a nice neighborhood which is close... 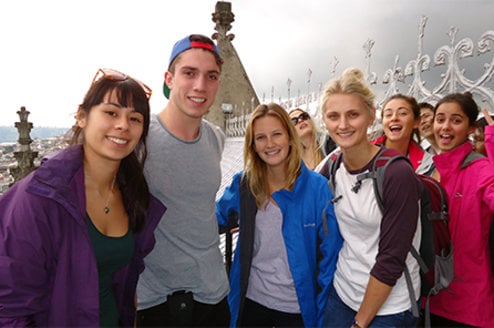 Construct Your Own Gap Year Experience! 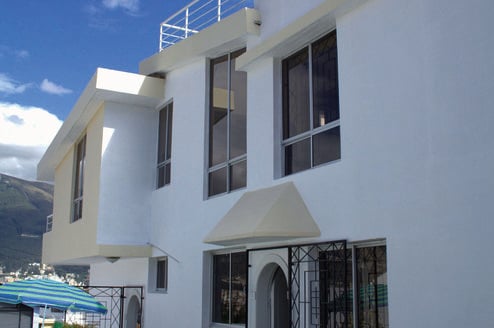 OUR SCHOOL IN QUITO Our don Quijote school in Quito provides students... 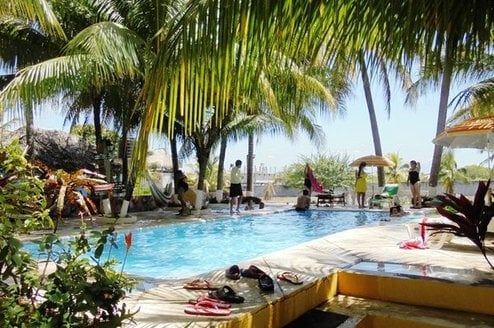 A 4 week group tour where you combine learning Spanish with Travelling... 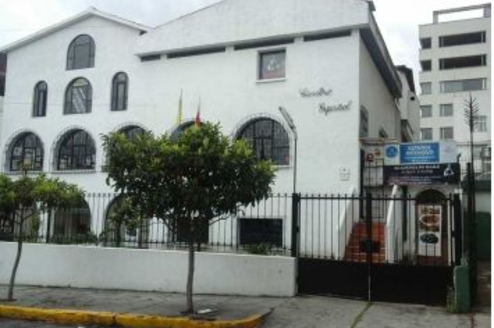 We offer an exclusive Spanish program for executives and professionals... 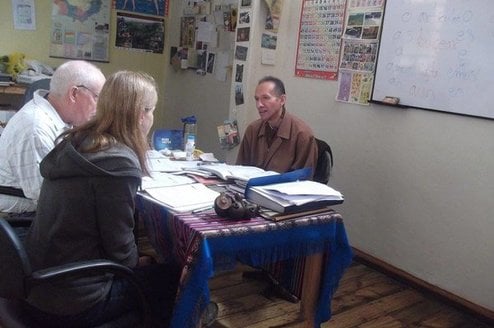 At Simon Bolivar Spanish School we believe that cultural immersion is... 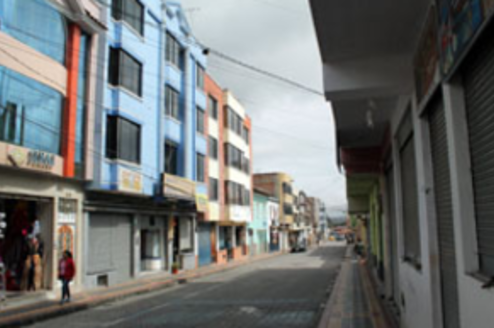 Learn Spanish in Otavalo with Ailola

They've been called the most successful Amerindian community in Latin... 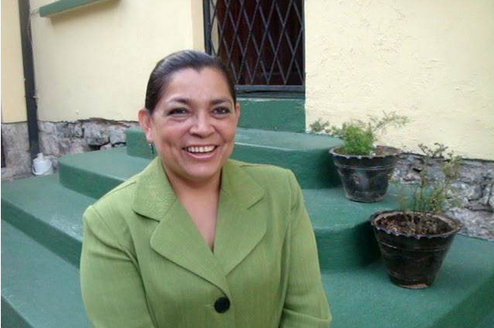 Vida Verde believes that immersion is the key to language acquisition... 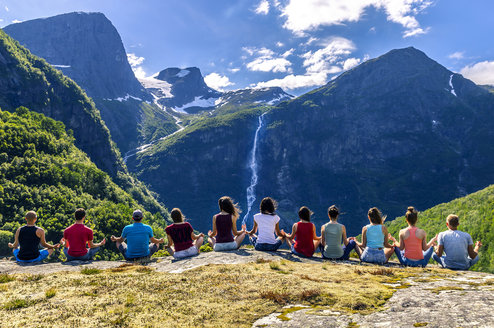