Khaya offers unique and affordable volunteer projects in South Africa, Malawi and Tanzania working directly with local partners and projects. Khaya is proud to have a clear focus on ethical and responsible volunteering and works closely with the projects they run or set up themselves.

Our volunteers contribute to the local community, youth, wildlife and conservation efforts and other projects and make a difference through different volunteering projects in Wildlife, Childcare, Community, Healthcare, Conservation and Sports Development. 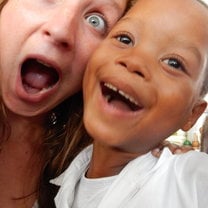 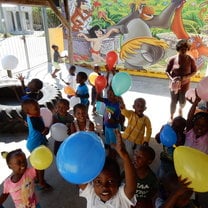 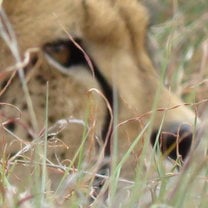 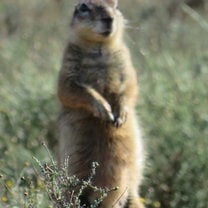 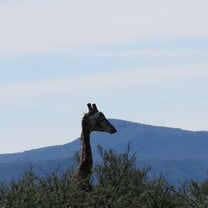 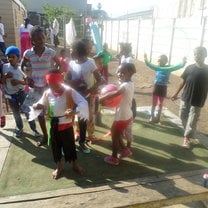 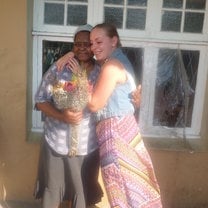 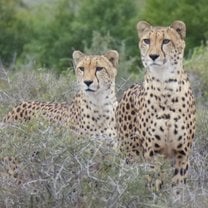 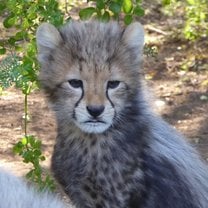 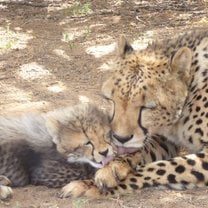 During this project I've learned a lot about the culture in the townships. People are very social and want to talk with you whenever you want. My best memory is when I was talking with some locals about their days in the township. They are all so happy and thankful for the help they get from the volunteers, like me. I'm sure that I'll be back soon, it's the best I ever did in my life. Go to Africa without any expectations and enjoy your best time there.

I had an great experience the last six months in South-Africa. I definitely will come back! It is such a beautiful country and the people are very friendly. Izizwe Projects gave me the experience to be connected with the people in the township and to know more about their culture. And the work you do is variously, what make it interested.

What brought me still in doubt at the beginning to do this was the fact that my English wasn't that good. Let never stop someone or something your plan to do volunteering work, if you really wanna do it. Just go for it! With pointing and learning some important words in their language I came far. And my English is better now, because you live in a volunteer house, together with people from different countries and you met a a lot of other people. You make very fast friends! The people in the house are very sociable and you can do a lot of nice things together. Also the house was well located, with a swimming pool, nearby the beach, restaurants and pubs.

And I miss already all the children and their hugs, they are always happy! I'm thankful that I could give a contribute to the township of Port Elizabeth.

I recommend this to everybody! I had an awesome time in South Africa.

I thoroughly enjoyed my two weeks in the Great Karoo and the African Bush and Wildlife Experience. The time flew by and if you have the chance to stay longer - do so. I have a full time job so have to volunteer in my holidays so the fact that I was able to stay for only two weeks was great. It was an amazing experience and I got to see both the good and the sad work that conservation has as their oldest cheetah girl died during my time there although we and the vet did everything we could to save her. Sibella had done her work for cheetah conservation by giving birth to 20 cubs and being an icon for the game reserve. I got to see her children, Chilli and Pepper, as well and I´m sure they have learned from their mother. The everyday schedule was well organized but since it is wild animals plans tend to change suddenly. I got to see a lot of different antilopes, buffalo, white rhino, giraffes, zebras and many other animals and birds when we were out in the veld and learned a lot from the volunteer manager, Bethia. She was incredibly knowledgeable and a great person to be around! We were only two volunteers but in spite of the age difference (of over 20 years...) we got on like a house on fire - so much fun! Can´t recommend this enough. It is proper conservation work you get to experience. They also have a Tracker Academy at the game reserve - you get to join them one day and learn. We also spent one day with the children at the orphanage they support and what joy it was to see the children´s smiles and happiness at the park. Still thinking? Just go! :-)

What would you improve about this program?
Can´t think of anything at the moment.

In August 2015, I went to Port Elizabeth (SA) to volunteer with Khaya Volunteers. Before I went I had spent a lt of time figuring out which organization would be the best for me, and which project I liked the most. Right away I really liked both Khaya and the Door of Hope project. After some more research I decided to go for it. This was probably one of the best decisions of my life! Khaya made sure everything was arranged for me, and living in the house with other volunteers was so much fun! This way you are really able to meet other volunteers and do fun stuff together to explore the country when you are not working. The project itself was also better than I could have ever hoped for. Mama Gladys is by far the most special person I have ever met in my entire life. Words cannot even expain how beautiful her soul is, I am proud that I was able to work with someone like her. Mama Gladys and the kids made sure I felt welcomed from the very first second I walked in Door of Hope, and this didn't change during my stay. Spending time with the kids was such a good experience and I really got to love every single one of them. Saying goodbye was probably one of the hardest thing, BUT this is why I will return as soon as possible:). If you love kids: Door of Hope is the place to be for you. You will give, but also receive lots and lots of love!

My stay in Port Elizabeth was really great! Izizwe Projects offered me various Projects to work for and also alternative ways to do help the Township community with Holiday programms and s soccer tournament.
I worked in a pre-school for 3.5 months and it was a very special esperience. If you stay for a while there you can really change something in the lifes of those kids. You won't change the world but you can do little things and make a differents. I also learned a lot about South African culture and somehow also a lot about myself and what I want to do in life.
But working is not everything, not in Europe and neither in Africa. I met many amazing people and especially my house-mates became my friends. With our group, almost like a family, we traveled a lot during the weekend and experienced the country South Africa and many of it's beautiful and amazing places. 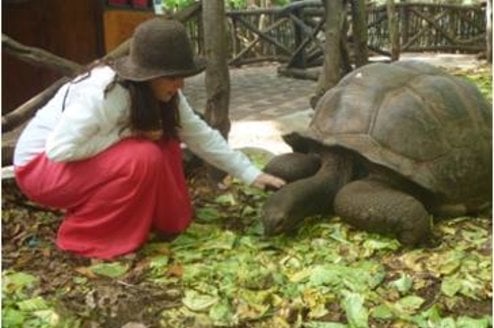 Tanzania
7.33 •3 reviews
Not far from the beautiful coast of Tanzania you will find the magical...
View Program Work with the Big Five in South Africa 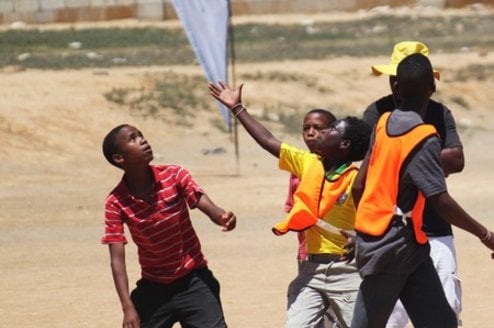 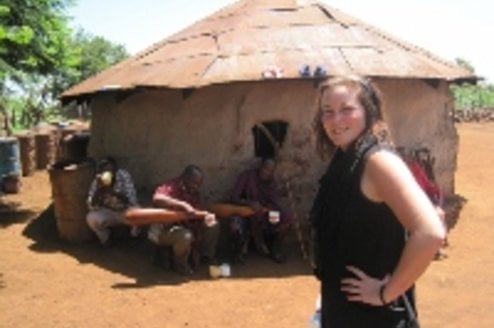 Tanzania
9.00 •1 review
Volunteers have the option to start or finish with their project at...
View Program 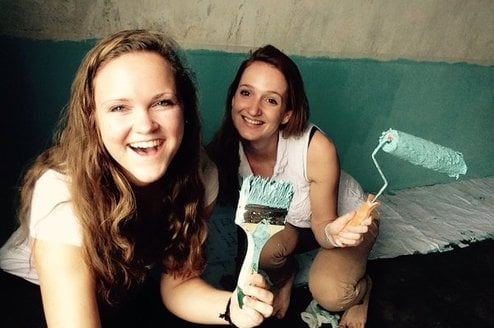 Malawi
Malawi is one of the poorest countries in Africa but also one of the...
View Program 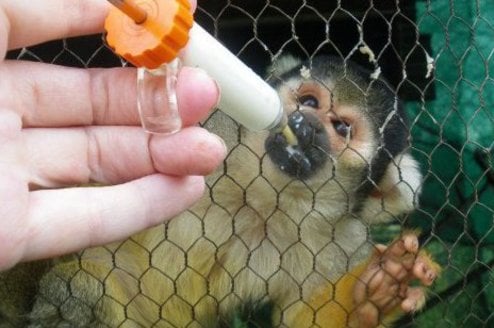 South Africa
This primate and monkey sanctuary in South Africa offers a place for...
View Program 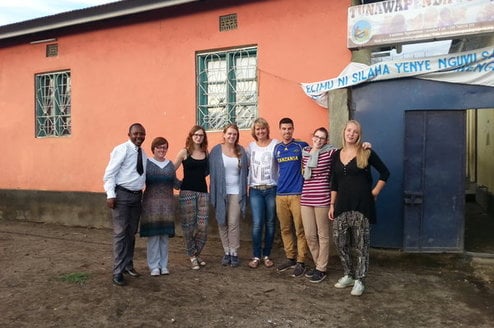 Tanzania
The unique opportunity to get involved in the community and youth of...
View Program Why did you decide to volunteer abroad with Khaya in South Africa?

Since I follow bilingual education at school, I had to do an internship abroad to improve my english. This gave me the opportunity to go to South Africa.

The Cheetah Rehabilitation Program looked like a great program and seemed to be a great opportunity.

We gathered some information, and when we received this, it confirmed our idea about the project. We had to go there and work with these wonderful animals.

We had also heard about South Africa being a great country to visit before, and I, personally, had always wanted to go there at least once in my life. This also played a part in my decision to go to South Africa.

Then we booked our stay at Khaya, without any problems, and our flights. At this point, we couldn't wait to leave anymore. We were very excited.

On normal mornings, we woke up at 7:00 in the morning. We had breakfast and then gathered with all the volunteers to give fresh water to the cats (servals and caracals in this case).

After giving the fresh water, we did some small chores, for example, taking a fence out of the hyena enclosure or cleaning the enclosures. Then we had lunch. After lunch, we did some work again such as building a horse paddock, taking alien plant species out of the ground, and repairing fences.

Then, everyday, in the afternoon, we had to feed the cats (the servals and caracals every day and the cheetahs depending on how much food they already got in the days before).

Feeding the cats was a different experience every day, from sky-high serval jumps in order to catch the meat, to fights between cats for the best piece of flesh (never too harmful though, fortunately).

In order to be able to feed the cats, we had to cut up the meat sometimes (not for the weak-stomached), I was able to deal with this though and learned the best way of cutting the meat. We also had some time during the day to sit down and play with the cats (most of the time after giving them fresh water in the morning).

It feels strange at the beginning to be that close to a wild animal, but you'll get used and you'll realize how unique the experience really is. Not many people can say they've played with a cheetah that way. This was what our basic daily routine looked like. On some other days though, we had cheetah walks.

When we went for a cheetah walk, we had to get up at around 5.00 to be able to leave at 6.00. Cheetah walks are a great experience, you walk behind the cheetahs on a fair distance. When the cheetah then sees a prey, he or she will stalk it and then chase it. Sometimes they miss, then we'd keep on walking until they catch something.

These walks can take as long as 5-6 hours (our longest was 5 hours, with some rests included). I personally didn't mind the long hours, it always contained some sort of excitement (either the walking around knowing the cheetah can start running at anytime, or the chase itself).

These were the basic things we had to do, chores can vary, since there's always something else to do. In the evening, before and after dinner, there was time to relax and have a chat with the other volunteers. We went to bed around 9.30 in the evening, or earlier if we had to get up early.