Cheetahs in the Eastern Cape

Volunteers in the Eastern Cape with Khaya Abroad

A conservation and rehabilitation reserve is an enormous reserve that has one main goal: to help nature restore itself and transform back to its original state. This is a very lengthy process and after decades of excessive maltreatment by farmers. it can take many years for flora and fauna to re-establish itself.

Founders of this amazing project have worked together at several different parks, including the Kruger National Park and Amakhala Private Game Reserve. Their main objective is to rehabilitate and conserve bordering farms (which they have attained over the last couple of years).

They both possess an immense passion for the big cats e.g. Cheetahs, Caracal, Lynxes and Leopards, and have been safeguarding their existence these last years. Currently they have 4 kittens (born October 2010), three domesticated and four wild Cheetahs in their care, which requires daily training to, once again, become independent and skilled hunters and eventually return to the wild.

It's hard to explain the feeling of hunting with cheetahs and hand feeding cubs. While there is not a lot of variety to your days and you must be prepared for a physically demanding experience (walking 5-15 miles per day), the intimate experience with these beautiful, loving, powerful animals is simply amazing. Yuko who works with volunteers is wonderfully supportive and ready to answer all of your questions. The reserve is beautiful and there is a wide variety of animals beyond the cheetahs.

It has been an amazing three weeks during my stay at Modgaji.
At first the landscape, it is mindblowing, just bush as far as your eyes can see with 'springbokvlak' as my personal favourite.
The variety of game that's walking around and the close encounters you sometimes have with them.
And also the hyena's, caracals and servals have been big fun to work with.
But above all; the cheetah walks, they were without a doubt the top of the bill!
How much closer to nature do you want to get?
If I had the chance to go back tommorow I would have left yesterday!

What would you improve about this program?
Organisation wise some things could have been better arranged, on the other hand a bit 'ad hoc' policy improves your flexibility.

I went there one month ago, in june 2014, with 3 friends, and we can say that it was an amazing experience. The game reserve offers so much and we were delighted to participate in such an amazing program ! We are 4 vet students from France and we really wanted to be a part of a conservation program, especially when it's about big cats like cheetahs !
The contact with animals, the walks with the wild cats, the work in the reserve, all of this was part of the deal and we really loved it ! But there is sometimes a certain frustration : the fact that the cottage is away from the main house makes you feel that you're not really a part of the team, but more like a guest which we pick him up when we go take care of the animals. And we were quite often asking for work as we wanted to move things and be a part of all the improvment the team planed to do.
However let's remind all the good memories, and i write this post to recommend this amazing experience, cause i believe that Modgaji will become a greater and successfuller game reserve in the future !
Let's protect the cats !

What would you improve about this program?
make the volunteers participate more

Assisting in the rehabilitation of Cheetahs and helping with everyday work on the property was totally rewarding. The semi-desertic Karoo was a delight after the opening of the skies. A blessing with so many wildflowers, such as the spectacular Aloe Vera. This area is very isolated, which is also a blessing as there are no tourists around. Walking the Cheetahs going about to their prey was an absolute privilege. The landscape is rugged and fascinating. You have to let the noble cats approach you and stick to their rule. They are not house cats. One of the most precious aspect of the whole experience was the unique contact with the local tribe who worked with us side by side, and the joy of having a meal in an authentic African restaurant (I don't remember her name, but the lady is famous and is a delight not to miss !). The little town of Steytlerville offered a very friendly and safe atmosphere. A bonus, again, no tourists. I can't wait to renew the experience !

What would you improve about this program?
Warning. Passed the month of April, the nights are very cold and early mornings starts too. So pack some warm clothes, as the bedrooms are basic.
The program could offer more information on the local flora and fauna.

I had to do an internship for school and chose to do this programme. i had a great time and it was a great experience, honestly... better than i expected! Friendly people, and friendly co-volunteers. Would expect some more aspects on the rehabillitation part on the reserve, we didn't see much of the purpose, although we've heard stories of cheetahs being sold to other reserves and being released there. i really liked it, and i would maybe go back some time after i'm done with school.

What would you improve about this program?
Better sanitairies, more aspects on rehabillitation of the animals.
Read my full story

Waking up early in the morning, ready for a cheetahwalk. As soon as you walk out of your cottage nature hits you, the sun is rising, a cheetah by your side. Both overlooking the view. It is incredible.

What would you improve about this program?
To not have the chief on the farm.

If you love rough nature and big cats, Modgaji Cheetah Rehabilitation Project is the project you would want to go to.
The volunteer houses are basic, but the beds are good, so really, what else do you need? The surroundings are rough and beautiful, the cheetah, carachal, serval and hyena are amazing to take care of.
The owner and staff are dedicated to their animals and the breeding program of cheetah is very important, for there are so few of these wonderful animals left...
Walking with the cheetah is an experience you will never forget. It's nature at it's best.
I loved every minute of being at Modgaji and if I can get another opportunity to go back, I will.

What would you improve about this program?
Not having to walk to the toilets in the middle of the night.

We did a lot of things and it was amazing. We had the time of our lives. Hopefully we can come back within some years. Especially the cheetah walks were fantastic!

What would you improve about this program?
The beds.

Marc van den Berge is from IJsselstein, The Netherlands. He is 17 years old and a student at the Anna van Rijn College. He likes playing sports, gaming, and hanging out with friends.

Why did you decide to volunteer abroad with Khaya in South Africa?

Since I follow bilingual education at school, I had to do an internship abroad to improve my english. This gave me the opportunity to go to South Africa.

The Cheetah Rehabilitation Program looked like a great program and seemed to be a great opportunity.

We gathered some information, and when we received this, it confirmed our idea about the project. We had to go there and work with these wonderful animals.

We had also heard about South Africa being a great country to visit before, and I, personally, had always wanted to go there at least once in my life. This also played a part in my decision to go to South Africa.

Then we booked our stay at Khaya, without any problems, and our flights. At this point, we couldn't wait to leave anymore. We were very excited.

On normal mornings, we woke up at 7:00 in the morning. We had breakfast and then gathered with all the volunteers to give fresh water to the cats (servals and caracals in this case).

After giving the fresh water, we did some small chores, for example, taking a fence out of the hyena enclosure or cleaning the enclosures. Then we had lunch. After lunch, we did some work again such as building a horse paddock, taking alien plant species out of the ground, and repairing fences.

Then, everyday, in the afternoon, we had to feed the cats (the servals and caracals every day and the cheetahs depending on how much food they already got in the days before).

Feeding the cats was a different experience every day, from sky-high serval jumps in order to catch the meat, to fights between cats for the best piece of flesh (never too harmful though, fortunately).

In order to be able to feed the cats, we had to cut up the meat sometimes (not for the weak-stomached), I was able to deal with this though and learned the best way of cutting the meat. We also had some time during the day to sit down and play with the cats (most of the time after giving them fresh water in the morning).

It feels strange at the beginning to be that close to a wild animal, but you'll get used and you'll realize how unique the experience really is. Not many people can say they've played with a cheetah that way. This was what our basic daily routine looked like. On some other days though, we had cheetah walks.

When we went for a cheetah walk, we had to get up at around 5.00 to be able to leave at 6.00. Cheetah walks are a great experience, you walk behind the cheetahs on a fair distance. When the cheetah then sees a prey, he or she will stalk it and then chase it. Sometimes they miss, then we'd keep on walking until they catch something.

These walks can take as long as 5-6 hours (our longest was 5 hours, with some rests included). I personally didn't mind the long hours, it always contained some sort of excitement (either the walking around knowing the cheetah can start running at anytime, or the chase itself).

These were the basic things we had to do, chores can vary, since there's always something else to do. In the evening, before and after dinner, there was time to relax and have a chat with the other volunteers. We went to bed around 9.30 in the evening, or earlier if we had to get up early.

Khaya offers unique and affordable volunteer projects in South Africa, Malawi and Tanzania working directly with local partners and projects. Khaya is proud to have a clear focus on ethical and responsible volunteering and works closely with the projects they run or set up themselves.

Our volunteers contribute to the local community, youth

END_OF_DOCUMENT_TOKEN_TO_BE_REPLACED 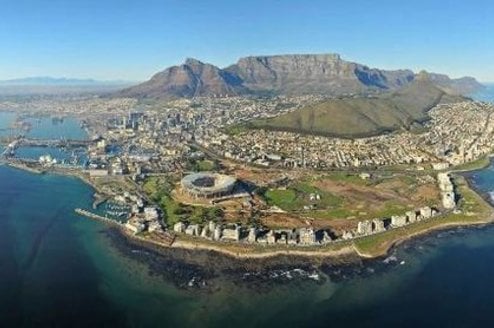 45 reviews
Save to Wishlist
African Impact

There is a reason why South Africa is consistently rated one of the... 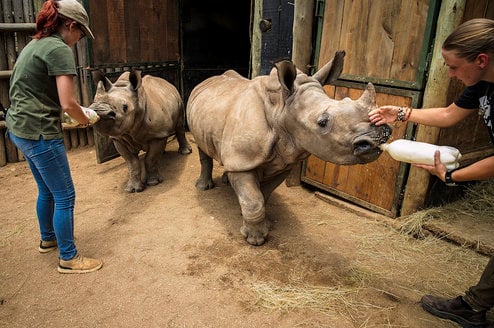 This might just be your last chance to see rhinos in the wild... 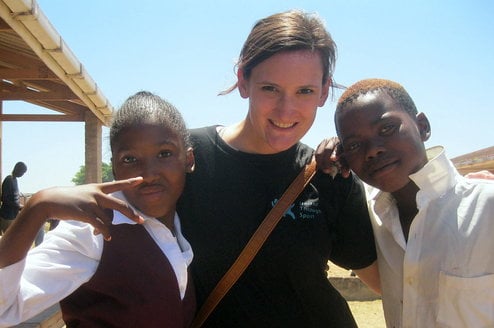 1 review
Save to Wishlist
United Planet

Imagine yourself in this complex, yet warm and welcoming country known...