The program features a world renowned academic and professional faculty and combines theory and practice in order to equip the next generation of leaders.

The School of Psychology aims to provide students with the knowledge, tools and practical experience to enable them to fulfill their aspirations, contribute to the well-being of individuals and society, and go on to advanced degree studies. Students are exposed to new fields in psychology, and core courses include positive psychology, political psychology, business psychology, and psychology of the internet.

The curriculum puts emphasis on both psychology as a science and psychology as a profession, while providing students the opportunity to conduct independent psychological research in high tech laboratories or in the field.

Studying Psychology at IDC has been one of the greater experiences I had so far.
I am just about to finish my first year. Despite my doubts in the beginning I don't regret any decision that led me here.
Coming from Germany, two things bothered me about the program:
1. The fees (as university is free in Germany)
2. The B.A. degree instead of a B.Sc. (The typical
degree for psychology in Germany)

About the fees I have firstly to admit, that due to my urge to study in English, German university were not an option for me. In addition, IDC is actually one of the cheaper schools to study in English. Compared to the States or even to the UK, which tripled their prices last year, IDC's tuition fees are quite low. And compared to free school in Germany, you get something for your money.
Whereas German lessons have hundreds of students attending each class, fighting for seats and having no personal interaction with the professor whatsoever, IDC's classes are much smaller and offer way more options to get into contact with the professors. This is not only a product of the class size but also on the teacher's mentality of caring for every one of their students who shows a real interest in their class. And those who don't, they try to motivate or at least bother to ask what their problem is. Other schools tend to be very anonymous and the students are being seen as one big huddle instead of separate individuals. Not so at IDC!

Concerning the degree being a Bachelor of Arts instead of a Bachelor of Science I found out that this is the common degree for Psychology in the Sates as well. Being European I was used to it as a B.Sc. and I was afraid it might tend to be more like a Liberal Arts major than a scientific psychology major.
Luckily it came out to be the exact opposite. While some classes might be very "artsy", the focus still is very scientific. The major classes are based on Biology and Mathematics, just like in any B.Sc. psychology degree in Europe. For those who are more interested and maybe more gifted in that area, it's a blessing. Those who never connected to it before, are blessed with teachers who are involved and eager for everyone to enjoy their field of study as much as they do. That means additional recitation lessons, repetitions of misunderstood material or simply answering any questions in class as long as the time allows it.
And the teacher's assistants at this school are like personal tutors sent from heaven. They have a patience for students like I have never seen before. And all of them see it as their personal goal to see everyone succeed.

Of course every professor's and TA's priority is to cover all the necessary material, but the second it is covered, they all are more than willing to help where it is needed.

What would you improve about this program?
The only points worth considering are the reasoning for approved absences, as well as a few professors.
Attendance as requirement to pass a class may or may not be a good thing. This is definitely debatable.
But IDC's policy for excused absences is way too strict.

In addition, some teachers are not native English speakers. This is mostly no real problem as they normally spent their fair share if time in an English speaking country either studying or working.
But some teachers never got rid of their heavy accent or still haven't acquired a high enough fluency in English to teach in that language.
This leads sometimes to shifting focuses from trying to understand the material to trying to understand the teacher.
But this is only rarely the case, but definitely has to be dealt with.

The Psychology program at IDC is built around giving you the best exposure to as many different areas of the field as possible while still in your undergraduate degree. The faculty are very professional but also add their own personal touch to their classes and provide great support to students. The program as well as the school offers an abundance of opportunities to expand one's knowledge providing a truly well-rounded and in-depth university and learning experience. This is a brilliant program for those who are passionate about psychology, the human mind and understanding yourself and those around you better. You will be challenged academically through stimulating syllabi and demanding schedules and requirements, but what you gain by the end far outweighs the difficulties along the way. The program coordinators are well aware that there is always room for improvement and continuously take into account the students' opinions and recommendations for future classes.

What would you improve about this program?
A wider range of psychology electives during one's second and third years of the program.
Read my full story

Program
Earn your BA Degree in Psychology at IDC Herzliya

Kayda Prodgers (age 22) is from Cape Town, South Africa. Kayda arrived in Israel in June 2010 and began her studies that fall. Kayda has now completed her degree in Psychology at IDC, Herzliyaand is currently working until she begins her Master's degree next year.

Why did you decide to study abroad with IDC Herzliya?

I decided to study abroad at IDC, Herzliya because of the quality of the education I knew I would receive, the intimate classroom settings, the exposure to Israel and her society, the opportunity to meet new people from around the world and the chance to be in a positive and stimulating environment.

Israel is revered for its religious diversity and unique scenery. Spend your days reaping the benefits of soaking in the Dead sea or explore the 3 faiths that have a special connection to Israel: Judaism, Christianity & Islam.

The Raphael Recanati International School of the IDC Herzliya is located just 10 minutes north of Tel Aviv and hosts students from more than 80 countries around the globe for full BA and MA programs taught entirely in English. Programs at the IDC are based on both theoretical and practical analysis and are taught by leading international academics

END_OF_DOCUMENT_TOKEN_TO_BE_REPLACED 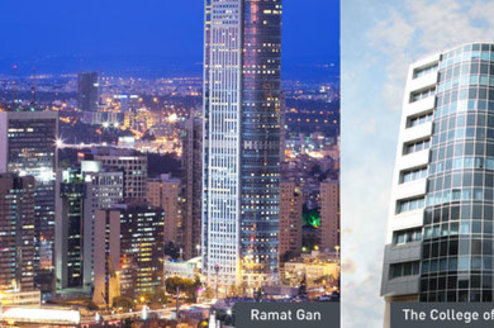 3 reviews
Save to Wishlist
Study in Israel

The only Dual Track LLB & BA in Israel for English Speakers. Dual LLB... 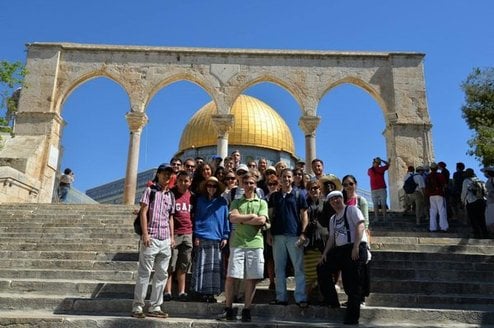 7 reviews
Save to Wishlist
CoexistenceTrip - Hebrew University of Jerusalem

Coexistence in the Middle East - Study in Jerusalem

Coexistence in the Middle East (CME) is an Intercultural Academic... 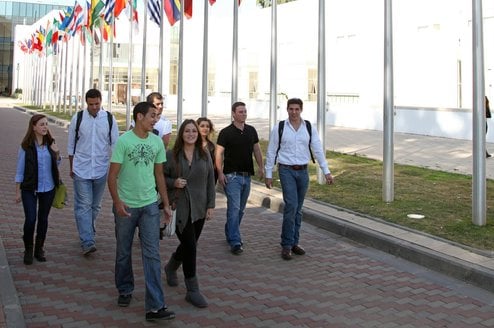 Earn your BA Degree in Government at IDC Herzliya