Study abroad at Tel Aviv University in Israel for a semester or academic year term. With a wide range of courses to study, from engineering to liberal arts, it should be easy to find something that fits your schedule.

Tel Aviv is located on the western coastline of central Israel, and is Israel's second most populated city. Students come from around the world to take classes at Tel Aviv University because it is a great school in a beautiful city. Sign up today and start your study abroad experience in Israel next semester! 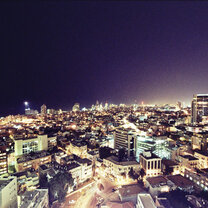 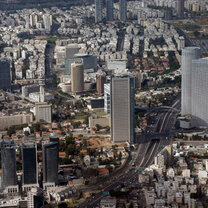 This institution has zero regard for its students' mental and physical health in the most disturbing of ways. I attended TAU for a study abroad program. While I was there I began to suffer from some health problems, which made it difficult to concentrate in class. Despite this, my teacher was extremely rude and embarrassed me in front of the whole class when she noticed I was not paying attention (even though it was clear that I looked unwell). The worst part, however, is that after a month of attending this school, I suffered a hypoglycaemic attack (and at the time I had no idea that this was what was happening) and I called the resident advisor on call. A man named Guy then came to my room (and at this point I was shaking uncontrollably and could barely stand up) and I requested that he call me an ambulance. HE THEN REFUSED AND SAID I COULD GO GRAB A CAB TO THE HOSPITAL MYSELF. I told him that I could not walk on my own and needed immediate care, and he STILL REFUSED. I then told him that if he was not going to help me he should leave, and then he stated that I was being "uncooperative" and would not help me. He then left me alone and I could not sleep at all. The next day I called again and requested to see a doctor. This man, Guy, then arrived with a "doctor" (who was dressed in ripped jeans and a tshirt and spoke no english) who simply listened to my heart beat and said I was fine. When I stated that I wanted bloodwork done to check my vitals and my blood sugar levels, the "doctor" refused. I made a comment stating that I was worried my potassium levels were low, to which he told me to "eat more bananas". I was appalled at the level of unprofessionalism and lack of care. Since they refused to provide me with any medical care or blood tests, I had to get on a plane home to leave. Nobody from the school has apologized or expressed any concern about my health or how I was treated following this incident. I am disgusted with the way I was treated and I am scared for other students at this school who may need medical care.

I spent the 2012 spring semester as an OSP student. It was an amazing experience to live in TLV, studying with great teachers and the OSP staff was very nice and helpful! We traveled around Israel and learned Hebrew, it was a very nice semester!

What would you improve about this program?
Only american students, it would be nice to have students from all over the world.

I was able to work with 3 different professors who helped me learn and research more in my fieldwork of choice. They were all really supportive and guided me in the right direction. Commuting to and from Tel Aviv University was easy! I loved being on such a beautiful campus in the middle of the summer. It was a perfect work day because I would work for about 5 hours a day and then was able to spend the afternoon on the beach and exploring Tel Aviv. I would definitely recommend looking into research assistant internship at the University.

The staff for the OSP (overseas program) at Tel Aviv University was great. The staff, many who are students themselves were welcoming and make the experience comfortable and we felt at home. There was a lot to do outside of class time either on campus or in the city.

It would have been nice to integrate more with Israelis but you can meet a lot of them if you put yourself out there.

The classes were not too difficult, but I was still challenged and able to learn a good deal. The ulpan was not the best and I learned more Hebrew speaking to natives than in the classroom.

It was a fabulous experience living and studying in Tel Aviv and I highly suggest it!

The program is basically two years rolled into one which means that it is intense, but structured! On Sundays and Wednesdays from like 8am-5pm we attend classes at the university and then during the week, we are at our teaching internships which consists of 10-12 hours a week split into one or two days. To help with the stresses of living abroad, you have the over seas program "madrichim" or counselors, your professors who really want to see you do well, and the director who is very nurturing and is so helpful. It's a great program, it is challenging, but that is what makes this masters degree worth it and I particularly like that you are not thrown into teaching and that we have an internship to be able to take the things we are learning and apply them. I am really glad I made the decision to learn here and its been fascinating learning TESOL and discovering Israel at the same time. As for living, I was living in the dorms but I didn't like it. It was more suited for undergraduate students, but it was really comfortable and safe otherwise. The university is located in Ramat Aviv, which is known as a wealthy and nice area. Some of the students live in the center of Tel Aviv, if not in Ramat Aviv. Prof. Oded Lipschits is a professor in the Department of Archaeology and Ancient Near East Studies at the Tel-Aviv University, where he also serves as the Director of the Sonia and Marco Nadler Institute of Archaeology. He also heads the Ancient Israel Studies MA program.

Tell us about your background, Professor Lipschits.

I began my studies of archaeology and Jewish history in the Tel Aviv University in 1985 and received my Ph.D. in 1997, from the Department of Jewish history, Tel Aviv University. The subject of my doctoral dissertation was: “The ‘Yehud’ Province under Babylonian Rule (586-539 B.C.E.): Historic Reality and Historiographic Conceptions”, which I wrote under the supervision of Prof. Nadav Na'aman. The work was later published as a book.

Tel Aviv University is Israel's biggest academic institution, comprised of a dynamic and diverse student body. It's faculty contains scholars and scientists that are renowned in their fields. Together, with 9 schools, 106 different departments and 90 research institutes, Tel Aviv University is a major education and research hub in Israel. END_OF_DOCUMENT_TOKEN_TO_BE_REPLACED 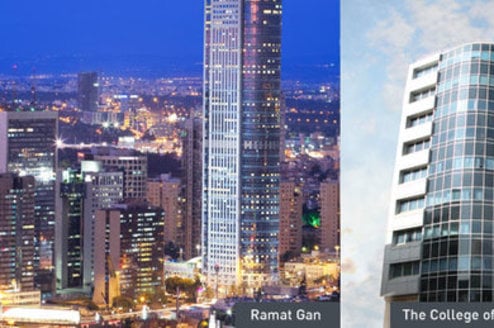 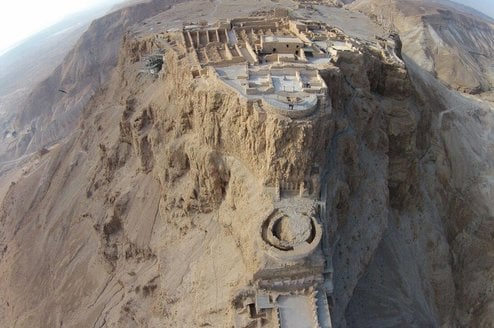 Ancient Israel: Archaeology & History of the Land of the Bible Israel
Tel Aviv, a vibrant seaside metropolis, is the financial and...
View Program