Our Teach English in Vietnam Programme is the perfect opportunity for graduates looking to experience a new way of living away from the traditional 9 to 5 lifestyle. We have designed the programme to offer both 'big city life' placements & placements that provide a more adventurous and authentic experience!

Our most popular placement is in the capital Hanoi! We have the biggest public school offering available.

Around 90% of our applicants have little-to-no teaching experience & some have never left their home country; this is something TFT, our partner schools and coordinators are all aware of. The teaching is designed with you in mind and you are able to learn on the job. We will be there with you from the moment you sign up to your very last day in Vietnam. All training is given prior to starting your placement.

This programme is perfect for first-time teachers & travellers who would like comprehensive support, guidance and to feel part of a community. 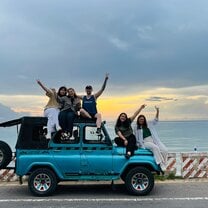 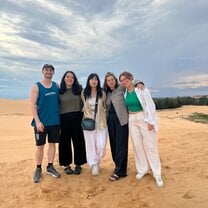 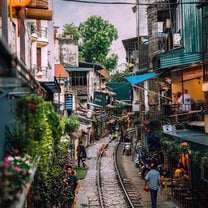 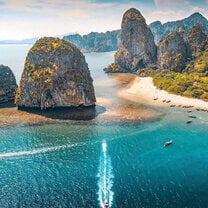 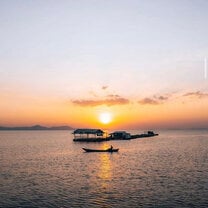 The TFT Clubhouse is designed for our community of teachers to continue travelling for as long as they like! Once you’ve completed one of our Graduate Programmes you can then join one programme after another. For free. Forever.

The adventure doesn’t have to stop 🗺

View the latest teaching job postings by The Fewer Things.

What an experience!!! Like all things, there will be a few stressful moments but they are always exceeded by the highs. It’s also nice to have a travelling experience where you are left with a healthy bank account at the end rather than scraping your pennies together for your flight home. For someone who never really had a interest in teaching and only really joined for the money and travel I have been shocked by how rewarding and engaging the teaching can be and has become a highlight of my experience. A little tip if you are thinking of joining - Vietnamese companies can be a bit sucky with organisation at the start of the year so don’t feel overwhelmed if it’s all chaos at the start, is does settle down. 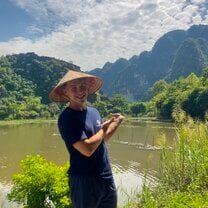 The Fewer Things made the whole process of moving to Vietnam stress free. Jaemi was so supportive. We were always given guidance when needed - from deciding on a city to legalising documents and booking flights. We knew what to expect at every step and I felt well prepared, both for the move and for working as an esl teacher for the first time. The social aspect of moving to HCMC wouldn’t have been the same without The Fewer things who introduced us to other applicants flying out together. I would highly recommend The Fewer Things to anyone wanting to teach in Vietnam.

I have been in HCMC for 3 months now and have really been enjoying my experience. The city is very lovely and so much fun! and the teaching is also very enjoyable. I’ve had an amazing time and TFT has really helped to make this experience be as stress free as possible. They offer excellent support and step by step guidance throughout the whole process. It will make moving abroad so much easier, having their support along the way! I would definitely recommend them if your looking to teach abroad :)

The Fewer Things could not have been more helpful along the way, especially Jaemi. He was always happy to help, very friendly, replied in decent time, and let us know when he wouldn't be reachable. The programme itself is exactly what it's packaged as, which is nice. No fine print or misleading processes.

It has been a very exciting time. Everything is so different to what I was used to before coming out here, so brace yourself. The expat community here is very strong, particularly in Tay ho, and event plans are made relatively spontaneously so you can do something at any time. Also, the city really comes alive at night, which has been one of the biggest differences to home, but one of the best things so far. Although it's a bit more conservative than the west, there's been no issues being out here and living with my girlfriend.

Working hours are strange for primary schools - 8am to 4pm, but there's a 3 hour lunch which is typically from 11am to 2pm. It does allow for a good amount work to get done in the middle of the day so you can keep your weekends free for whatever you want to do. If you're coming here for travelling all of the time, this isn't the programme for you as the teaching hours in the week won't permit this, but if you're good at squeezing in plans on the weekend then it's great for you. There are also super long summer holidays, so there's plenty of time to travel there.

There's plenty of good and cheap food everywhere, and if you don't want to eat Vietnamese, there's enough Western options as well. Cooking for yourself may be a bit more expensive than eating in some cases as ingredients will cost more due to import tax, so be careful there.

For those coming here for the culture, it's great.

To get around, taxis are relatively cheap, but I would highly recommend getting a bike. It will save you anywhere between 1-5 million dong per month. The roads can take some getting used to though so don't feel forced into it.

I found Jaemi very helpful in my journey to moving abroad and he was happy to answer the many questions that I had and gave me reassurance if I was unsure about anything. I was told everything I had to do and when I had to do it by and we had recommendations given to us for various things such as who to go for when verifying our documents ect.
My experience in Vietnam has been everything I hoped it would be and more. The company I work for have a good reputation and have been good at helping me settle in.
Overall I would 100% recommend the programme if you are thinking about moving abroad.

Moving abroad can be a daunting experience, The Fewer Things will make the process smooth and stress-free. The Fewer Things are very knowledgable and always willing to help. You are guided every step of the way from the application process to settling in once you arrive. The Fewer Things have also continued to show their support by checking in post-arrival.

My time in Vietnam has been amazing so far and I couldn’t have had a smoother transition thanks to The Fewer Things!

The support you receive from The Fewer Things is unmatched. I highly recommend starting your next adventure with them.

Excellent experience with The Fewer Things. Coordinators are friendly, professional and offer great support both before and after the placement. The education company that TFT are partnered with are also top quality. It’s a good salary, decent resources/professional support and the city is lovely and fun. The teacher group sent out by TFT are great people and thanks to TFT’s stellar communication it was easy to get off on the right foot. Really enjoying my placement so far and can’t see that changing any time soon. Would highly recommend this program if you’re interested in teaching/travel abroad.

I have been teaching in Vietnam for a month now and I am really enjoying the experience. It’s a great option for anyone looking for a more adventurous job opportunity to live and work in Vietnam. Jaemi from The Fewer Things is extremely nice and helpful throughout the entire process, and they will walk you through it step by step. They create a group chat of people in the same program so by the time you make it to Vietnam you already have friends to meet up with. I highly recommend this program!

Program
Vietnam is open! Paid Placements, TEFL Course & Induction!
Job Title
Programme Coordinator & Freelance Writer
Will is a freelance copywriter and programme coordinator for The Fewer Things company. Having taught in Vietnam, Romania, and Thailand, Will is now directing his energy towards writing about different cultures and assisting applicants in initiating their adventures teaching abroad. Navigating the roads of Ha Giang in Northern Vietnam. On one occassion I did this by running a half marathon, and on the other I did this via a motorcycle. Ha Giang offers a beautiful and mountainous landscape with adjectives such as otherwordly and jurassic not doing it justice. The scale of these mountains will make anyone feel so insignificant, and it was an epiphany for me of just how small we are compared to these colossal formations and the vastness of this planet.

I have become much more confident in my abilities to manage tasks and convey ideas, whether in the form of creating a new article or by communicating with co-workers and applicants. The working environment at The Fewer Things is a proactive and encouraging one. Working here has really allowed me to improve my initiative without feeling any pressure.

Vietnam has had its fair share of war torn history; but not even a war could tear away the beauty of places like Ha Long Bay and Hanoi. When people think of Vietnam's geography, they often envision picturesque lush scenery and french influenced architecture; these are both true but they have a diverse landscape including vast sand dunes.

The Fewer Things were voted as one of the best teach abroad providers in 2020 & 2021 with special mentions to the support, fun and safety of our programmes! We are here to help you make the change in your life you've been waiting for! Our programmes are designed with first-time-travellers and beginners to teaching in mind. We are here to support... END_OF_DOCUMENT_TOKEN_TO_BE_REPLACED 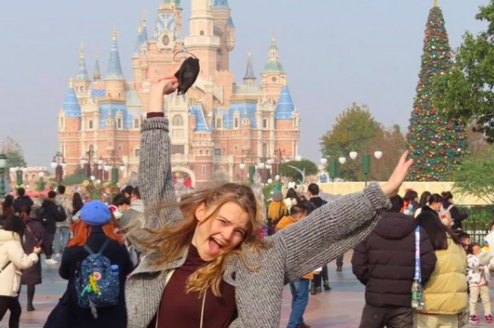 China
4.97 •34 reviews
Our China Programme is still running although there are many...
View Program 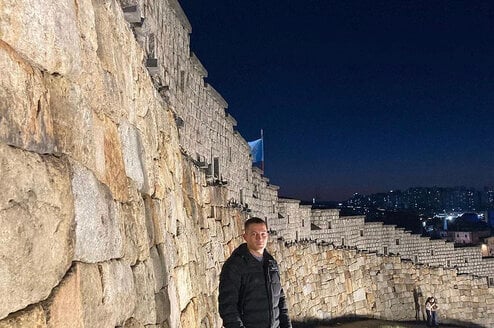 All Inclusive TESOL Course and Placements Across South Korea!

South Korea
4.91 •11 reviews
Our Teach English in South Korea Programme is truly a once in a...
View Program