Our TESOL certificate will provide you with the experience and confidence to begin your teaching adventure. With us, you will benefit from our small group sizes and authentic teaching environment outside of our center that will give you a real feel for what teaching will be like after you complete your course. You will find that our communicative technique, honed by EFL-legend Dave Hopkins, provides you with the framework to teach any topic to any level, whether you have the support of the latest technology or are teaching in a single-room school in the countryside.

Whether you are planning an exciting gap-year adventure or you are looking to start a new long-term , TEFL International's TESOL certificate is an excellent introduction to the world of EFL teaching.

i was a chef for 10 years before deciding I needed a change of pace. A mate from school was working in Vietnam and he recommended I come here and try my hand at teaching.

There were 10 of us on my course. Apparently that is big for them. They like to keep things from getting too big so they can focus their attention. I was the second oldest. Most other trainees were just out of college. It was a mix of people from Africa, India, Vietnam, Europe as well as native speakers like me.

Now I hadn't been in a classroom since high school so, to be honest, I was quite intimidated. I felt kind of lost at the beginning but Diem and Andy and Jason were really supportive as were my fellow trainees. I liked how they broke down the process into steps, it felt like following a recipe.

The most important part was the classroom practice. If I hadn't gotten that feedback i dont think i would have survived teaching on my own. Thanks Diem especially. She was strict and I needed a kick in the bum to take things more seriously.

One of my classmates complained that there wasn't a guaranteed job. But i now know people who work for the center they trained at and they aren't very happy. And to be honest you don't need it in Vietnam. I had a job in less than 2 weeks after the course finished and half of that was because i took a short trip after the course finished. The beach in Phan Thiet is great!

What is your advice to future travelers on this program?
Pay attention to the grammar lessons. OMG the test was hard. You think you're an English speaker so it will be no problem. WRONG! I didn't study and failed the test so I had to retake it. Thanks again Diem for coaching me through it...again. You're the best!
Did you find this review helpful?
Vote up! 0
Vote down! 0

This program opened so many doors for me. I had been teaching in Saigon for a year but I couldn't get an interview with any of the top schools in the city without a TESOL certificate. I had an online course but places like British Council wouldn't accept it. Right after I completed it I had the chance to work for universities and the best language centers in the city

This course also taught me so much about being a teacher. The online course I had done really didn't prepare me to be in the classroom. To be honest, I'm ashamed of the quality of my teaching from before the course. Thanks to the help and coaching I got from Mrs. Diem and their team of tutors, I became a much more confident teacher and i saw an immediate improvement in results from my classroom.

What was the most nerve-racking moment and how did you overcome it?
Classroom observation. I had never been observed before and i was worried that they would tell me everything was wrong. And I had made quite a lot of mistakes. But they were so supportive and explained clearly what i needed to improve and more importantly why it made things better. I still apply to lessons today in my teaching 13 years later.
Did you find this review helpful?
Vote up! 0
Vote down! 0
Read my full story

I signed up for TEFL International after a year of teaching without a proper certificate. I had an online TESOL, but the top employers wouldn't recognize it. At the time, you had the choice between CELTA and TESOL here in HCMC.

I decided on TEFL International because it had the reputation of being the most supportive course in the city. I knew plenty of teachers who had taken a CELTA and said that it was like a military bootcamp. In contrast, everyone who had studied with TEFL International talked about how friendly and fun the trainers were. It was also noticeably cheaper while still being an internationally recognized certificate.

I was already living in HCMC at the time, so I didn't need help with anything. But they did help other trainees organize some nice accommodation.

To be honest, accommodation is really easy in HCMC. And some of the horror stories I've heard from other centers' accommodation make me glad I didn't sign up with them.

Ho Chi Minh City, also called Saigon, is the nation's largest city and economic hub. To get a good sense of the city, it's recommended to explore the french district and experience the lingering french motifs in Vietnamese culture.

TEFL International is an global leader in TESOL training which has been operating continuously in Ho Chi Minh City since 2004. We provide a fully-accredited our four-week 120-hour intensive course with trainer-observed in class practice with authentic students at colleges and grade schools across the city. Our trainers have spent over 40 years...

END_OF_DOCUMENT_TOKEN_TO_BE_REPLACED 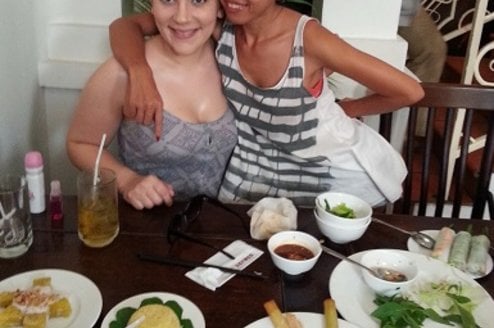 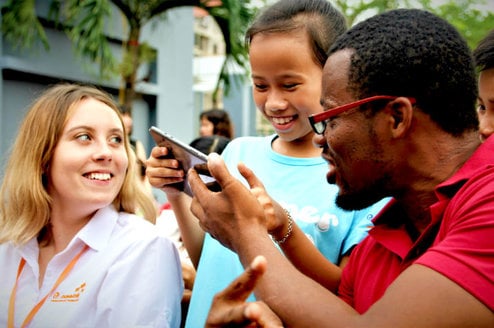 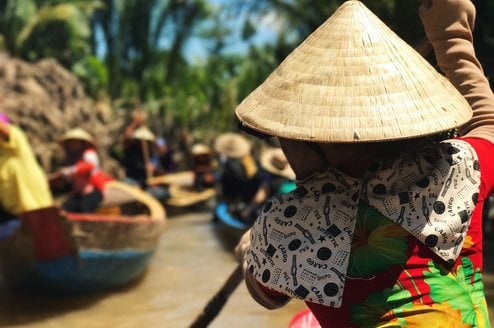 Assistance with everything you need. Arrive with your documents ready...