FIMRC's Project Kodaikanal, located in the scenic mountains of southern India, creates better health services and educational opportunities for the community through the operation of a rural clinic, extensive outreach efforts, and providing support to local hospitals and crèches (day cares).

Volunteers maintain important roles in the clinic through assisting with intake and pharmacy operations. Volunteers also have the opportunity to observe medical staff in our clinic and local hospitals, allowing for a unique glimpse into the delivery of care in the area. Outside FIMRC's clinic, volunteers accompany staff during home visits, travel to crèche partners to assist with nutrition supplementation and child checks, as well as deliver health based talks on topics such as vaccinations and basic sanitation.

FIMRC is proud to be a grassroots sustainable organization. Volunteer with FIMRC and make an impact with an organization that's working in the community even long after your trip!

This program is currently not being promoted on Go Overseas by its provider. Check with Foundation for International Medical Relief of Children for the most up-to-date information regarding the status of this program. 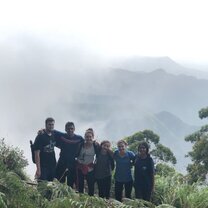 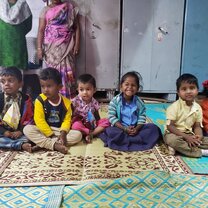 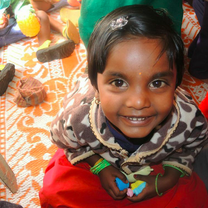 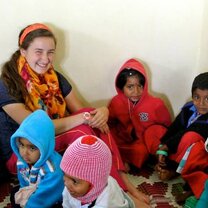 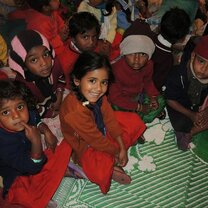 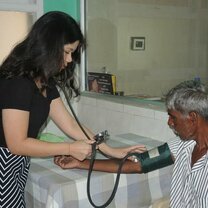 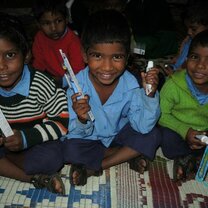 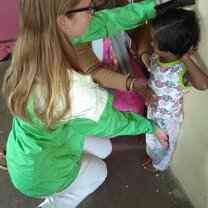 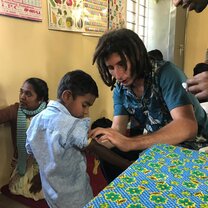 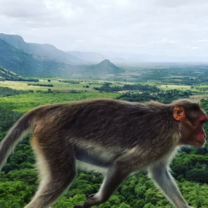 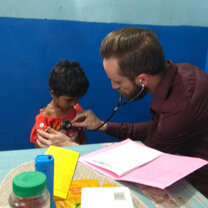 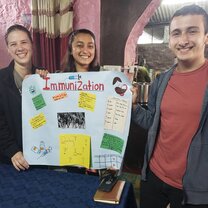 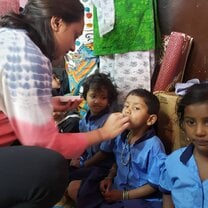 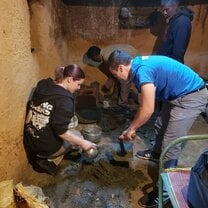 I volunteered with FIMRC in the summer of 2018 at Project Kodaikanal. This experience was so unique and different from everything else I've done! With FIMRC, not only did I have the ability to make a real impact on the lives of others, but I also have an opportunity to find myself. This program can truly change your outlook on your world! I learned so much in the span of a month, met so many new people, experienced a new culture, and explored a beautiful country. However, the best part was definitely working with kids and families. It lets you see how the work you do directly affects those around you! Its truly rewarding to know that I was part of something that has and will continue to better the lives of families in Kodaikanal. I would definitely recommend this program for anyone interested in global health, or a career in medicine! 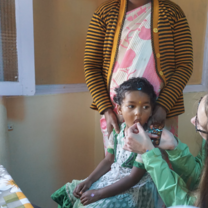 Situated around a star-shaped lake and nestled amongst a colorful array of jungles, Kodaikanal (commonly referred to as “Kodi” by the locals) felt like an oasis from the moment I arrived. It was February during my final year of residency, and I had decided to travel to southern India to work with an organization called the Foundation for the International Medical Relief of Children (FIMRC). Grateful to be free of the sound of beeping pagers and cardiac alarms, I embraced the city and its culture eagerly, energized by the sound of musical horns on passing trucks, the patter of feet shuffling quickly together among crowded streets, and the vibratory hum of conversation in unfamiliar tongues.

While staying in Kodi, the majority of my time was spent working with FIMRC. Through their network of physicians and public health workers, I had the opportunity to rotate in a variety of different healthcare settings including private and public hospitals, as well as several different outpatient settings. The interactions I had with the staff, physicians and patients at each site was overwhelmingly positive and both academically and personally enlightening.

Though I learned a lot of medicine from the generous patients who shared their grueling experiences of enduring Typhoid fever, the effects of severe vitamin deficiencies and a host of other ailments, it was FIMRC’s additional focus on public health that had the greatest impact on me. In the afternoons, I often traveled to a local creche (the local word for “preschool”) to perform health screenings, to hand out vitamin D tablets, and to ensure that all of the kids received three meals a day. As I later learned, these interventions have been shown to significantly reduce the incidence of malnutrition among the creche’s school-aged children. Other afternoons were spent visiting rural schools where we taught lessons on basic feminine hygiene and provided boxes of menstrual pads, a simple action that goes a long way to combat the high rates of pelvic inflammatory disease that are prevalent in this area. We also spent time building chimneys for families living in a single room home with an open, wood burning stove in order to reduce the amount of smoke inhalation that contributes to a high incidence of chronic lung disease.

While this concept is not novel to most of us, these experiences severed as a good reminder that sometimes, in order to truly help a patient, you need to go directly to the source of the problem. Though the disease pathology may differ from country to country, this lesson remains true universally. Treating recurrent bouts of Malaria is a fruitless endeavor if a clean water source is never obtained. Inhaled corticosteroids can offer only limited benefit at treating asthma if exposure to secondhand smoke, whether from a parent’s cigarette or an indoor stove, is not eliminated. Insulin may keep blood sugars in check, but until processed foods are similar in price to fresh, real food, the diabetes epidemic will continue. And while taking on an additional role as a public health servant may be too much given our ever-expanding professional sphere of clinical responsibilities, it is important that we as physicians work in tandem with public health officials in order to achieve sustainable health outcomes, both at home and abroad. In doing so, we might just be able to prevent the development and spread of disease before it even begins.

I think the greatest part for me, as a medical student, was being given the chance to discuss the major differences between how medicine is practiced in the West, and in larger Indian cities, with all the toys and gadgets and funding necessary to run a top of the line hospital with the doctors who were making due with limited resources, and too many patients. It puts into perspective how wasteful one can be and how carefully one has to manage medical resources.
As a volunteer and tourist I found the town to be lively, interesting, and a great visit. The entire trip was relaxing and very enjoyable and the interactions with the other volunteers is great. The evening walks were also refreshing just before a home cooked meal. The creche visits were also fantastic. The children were great and happy to see us and play.

I really loved my experience at Project Kodaikanal! Now I am in medical school, and I am always referring back to what I did in the months that I was in Kodiakanal, but I'll try to cut it a little short for this review!

Most mornings of my internship were spent helping out in the various departments at the local hospital. I was able to shadow and work with a general practictioner, dentist, physiotherapist, and ophthalmologist. In addition, the hospital has a pharmacy, lab, and an optometrist. Not only did I gain an invaluable experience for my future medical career while rotating through these different departments, but it was readily evident how much the subsidized healthcare that the hospital provided impacted every one of the patients I encountered. Nowhere else would they be able to receive these services for the price that they did and nowhere else would they have such a comprehensive healthcare experience. Patients were able to come and have their teeth and eyes checked on the same day in the same location. In addition to saving money on their actual healthcare costs, this meant that the patients only had to take a few hours off of work and saved money on transportation, as well. Further, each year, the hospital hosts a free plastic surgery camp for burn victims and those with congenital defects. Patients from around the country come just for this. It was the first time that I got the chance to be scrubbed into the operating room, but also the first time that a grateful patient requested for me to be beside them!

In the afternoons, we would go to local creches, where we conducted weekly health check-ups on the children. Powered by tourism, Kodaikanal’s economy depends on the service sector, and, thus, most people have menial jobs as daily laborers. These jobs simply do not bring in enough to supply children with nutritious meals. The consequence? The children of Kodaikanal locals are underweight and malnourished, in contrast to those of the tourists that so often storm the same streets. Through the Foundation for the International Medical Relief of Children (FIMRC), I was able to start up a nutrition program in three local crèches because I believe with the proper education and some financial support, parents can act upon the already existing desire to provide the best future for their children.

Basically, my internship was an invaluable experience. The staff at the site have already asked me to return and I have promised them that I will when I am a doctor and hopefully, will be able to make even greater changes while there!

What would you improve about this program?
I really do not think much could be improved, but apparently no program is perfect. So, I would say that it takes a while getting used to the Indian perception of time. Coming from the USA, I was used to everything operating on time. In Kodaikanal, I would be told that we would leave for the hospital at 10 AM. So, I would be ready a few minutes early and then end up being very frustrated when we did not leave until an hour later. But after a week or so I got used to it, and just planned something I could do in the morning! I believe this has more to do with the site location and culture rather than the organization itself!
17 people found this review helpful.
Helpful  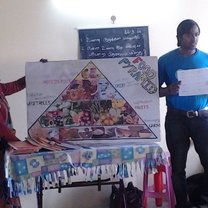 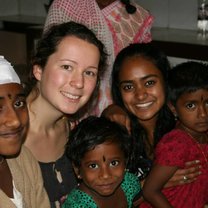 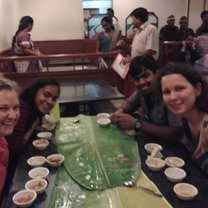 When I arrived at the FIMRC guesthouse, I knew right away that I was going to have a special experience. The staff was very welcoming. I was the only volunteer at the time, so naturally, I had many concerns as to how this trip would play out. My worries were quickly thrown out once I felt the warmth and love this place has to offer. It was incredible to see how the clinics and hospitals functioned with limited resources. I felt myself applying the knowledge I've learned in class, gaining new skills I would have never even imagined practicing, and genuinely caring for each and every patient that walked through the clinic doors. Outside of the incredible experience at the hospitals, I was blown away by the natural beauty that surrounds this city. I thank each and every person I encountered, especially the nurses, doctors, and patients, who helped me strengthen my vision of pursuing a career in healthcare.

What would you improve about this program?
Honestly, I have no complaints at all. In the one week I was there, I gained much more than an engaging experience; I gained a new perspective on international medical relief.

I volunteered with FIMRC during the end of December. The temperature was much colder than what I would've expected. I recommend those traveling during the colder seasons to pack a lot of warm clothing.
16 people found this review helpful.
Helpful  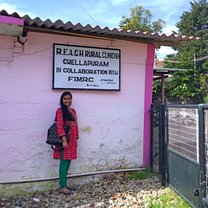 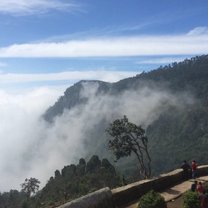 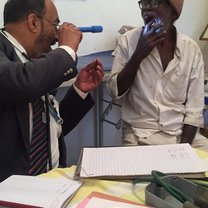 The Foundation for International Medical Relief of Children (FIMRC) is a non-profit organization dedicated to improving the health of families in the developing world through innovative and self-sustainable health programs. Operating since 2002, we have grown to ten project sites in nine countries including: Costa Rica, El Salvador, Peru, Nicaragua... END_OF_DOCUMENT_TOKEN_TO_BE_REPLACED 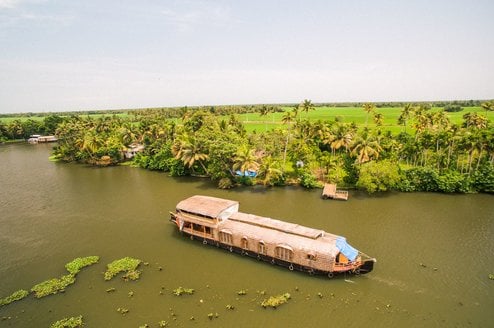 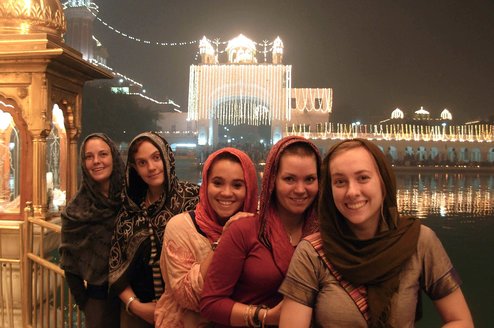 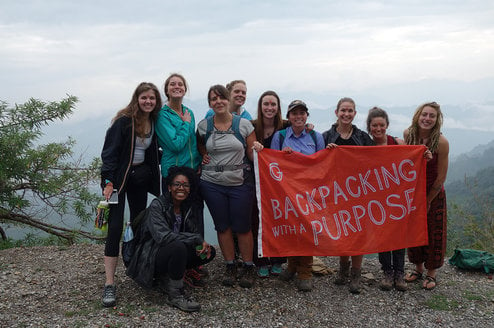 India
4.92 •13 reviews
Ask any traveler – India is one of the most intense places in the...
View Program