Volunteers will work directly with and within our local communities to build capacity amongst locals, increase skills and confidence and eradicate rural poverty.

Our work is focused in some of the most deprived communities in southern India where malnutrition is high, access to education is low and women are given little or no choice in their lives. You will support our staff to increase the quality of education in local government schools, increase sports participation, develop individuals confidence, motivation and aspirations through soft skills activities and work directly with local women to increase employment opportunities.

Each volunteer will also be given bespoke support to develop their own skills and confidence through our staff who are professional soft skills trainers and with many years experience of working with international volunteers.

Your time here will be of huge benefit to the local communities and hugely rewarding to you.

I have always wanted to travel, to learn about new cultures and countries and how people live so when I saw this opportunity allowing me to combine this ambition with my passion for sports coaching I jumped at it, I applied straight away and when I started to tell people some questioned if I had put enough thought into my decision to take a month out of my education, my job and to travel half way around the world given that I was only 17. But not thinking about the decision was the best thing I've done, we're all so prone to over thinking things and talking ourselves out of things. Had I of done that I would never of had the incredible experience that was my month in India. I turned 18 and jumped on the plane a week later. My time in India taught me how string I am, how I can handle tough situations and how to make the best out of everything. It gave me my independence and even taught me how to get on a plane on my own and wash my clothes in a bucket. The children I taught in my time out there still inspire me everyday and motivate me to be the best that I can be. India instilled in me a passion to live life to the full and to do what makes you happy, I left with a clear plan fro my future. I owe so much to my time in India and those who helped me while I was out there, I cannot wait to get back there!

What would you improve about this program?
If more people knew about it so more people can help us achieve silo india's aims!
Did you find this review helpful?
Vote up! 0
Vote down! 0

When I get asked the question, “What was India like?” I simply reply, “Words cannot describe the experience. It was a once in a lifetime opportunity.”

At the start of my gap year in September, I was looking for an opportunity to make taking a year out worthwhile. Can I just say, in my opinion I found the best there was!

I have always been interested in pursuing a career teaching. Knowing that the main beneficiaries of the India project were children attracted me to the opportunity. I cannot explain what it is, although when I see children progressing, developing, learning and flourishing through key parts of their life I become overwhelmed with satisfaction and pride. I didn’t know of anyone prior to departure or after I arrived home that had participated in such a unique experience. It was something different to all the rest out there; this was one of the reasons I travelled to India.

After 32 hours travelling curtsey of National Express, Etihad Airways and a TATA car I finally got to meet the amazing people I would be working with. Before I could even step a foot through the hostel door my bag was taken off of me and a bottle of water was handed to me. It was one of the most homely welcoming’s I had ever experienced. In the blink of an eye a group of boys had surrounded me, keen to shake my hand and introduce themself.
The first week was spent getting to know everyone, where we would be living and of course, India its self. As soon as I arrived I knew I had made the right choice. There was so much opportunity to have a positive impact on the boy’s lives and I was ready to embrace the experience and challenges ahead.

The placements were challenging to start. Prior to Elen’s arrival and mine, there had only been four other volunteers. It was therefore obvious, the project was still in its early days and people were still adjusting. This was by no means a negative in my eyes, it just meant I could have even more of a positive effect, not only on the children but also Silo India

My main role in India was to encourage learning and living a healthy lifestyle through sport. In actual fact, it was so much more than this. Both Elen and I moulded into big brother and sister material, and that is probably the easiest way to describe our role out there. Yes, we were teachers but it was clear they needed a lot more and it was so rewarding stepping up to the mark. We were friends, motivators, artists, carers; we had to be understanding and inspirational. These guys were so eager and enthusiastic to learn whatever came their way. To get stuck in to whatever they could and help wherever they were needed.
Although, it was as much of a learning curve for us as it was for them. To make things efficient, we had to be efficient. It was an opportunity to develop our skills from planning and organisation to communication and commitment.
The one thing you will not realise is how much they teach you, how much they inspire you and motivate you along the way.

Now, back in the UK I’m studying to become a primary school teacher. I worked on a summer camp in the USA this summer and now, following my Indian experience I am working closely with local children's charities.

My top tip for any future applicant is to go for it! Embrace the whole experience.

What would you improve about this program?
By no means was the programme perfect, and it was obvious Silo India was still in early days. Using my personal experience I was able to help and guide the management team through development strategies to ensure they were delivering the best possible standards. My point, the change I wanted to see I was allowed to be directly a part of. What other business in this line of work would allow volunteers to be a part of that change?
Did you find this review helpful?
Vote up! 0
Vote down! 0

Silo India is a social enterprise based in Tirunelveli District of South Tamil Nadu.

Our primary aim is to eradicate rural poverty and provide sustainable opportunities for every individual to become an international citizen.

We work directly with local communities to build capacity, skills and confidence to empower individuals to take...

END_OF_DOCUMENT_TOKEN_TO_BE_REPLACED In Kerala, a coastal strip along the Arabian Sea, address economic and... 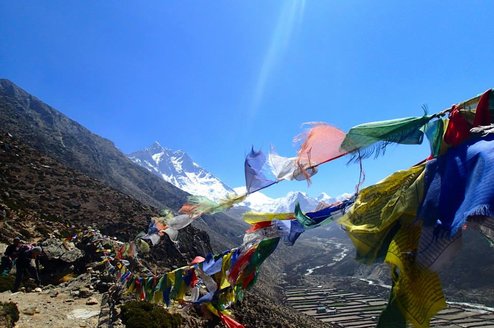 Journey on this epic adventure amongst the lofty, glacial landscapes... Discover the incredible depth and diversity of India. Witness how...