Do you like helping amateur children & young people in acting, drama and play movie roles in theater? Then you are in the right place. VWI offers you to take part in the Theater Volunteering in Pink city. The aim of this project is for our volunteers to offer support in the theater program. This program was created to offer guidance and organize theater plays, with the help of volunteers, in schools and in other places where VWI is running its projects. Volunteers can work in the theater workshops of local schools from Jaipur, can work to develop a theater program with children living in rural areas and children in orphanages.

You will be involved in activities like: teaching in theater, to improve focus, making the set, design them, music selection, making the masks and organize the program when it will be held in a theater. 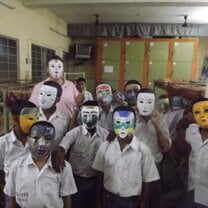 Working with the students at the boys school was truly one of the most rewarding experiences of my life. Their respect, creativity, and enthusiasm was something that I will never forget! I loved playing theatre games with them, teaching English (for the first time), and performing "Where the Wild Things Are" on my last day! :) Discovering all of the markets, rooftop dining experiences, and temples was so much fun as well.

We were also fortunate enough to stumble across the Uhmaid Mahal hotel which was absolutely breath-taking. All of the staff treated us so well and it felt like our home away from home at the end of each day.

Jaipur is truly a city in which a person needs all of their five senses to take in. I would definitely recommend this city to others and hope to return myself one day.

What would you improve about this program?
The only thing that I would improve is the weekend sightseeing. The listed options were wonderful, but was not a huge fan of being required to do so on the weekends. If the sightseeing was optional and on our own schedule, that would make the experience more enjoyable.
22 people found this review helpful.
Helpful 

My time in Jaipur, India was fantastic! On my very first day of arriving in Jaipur (from England) I had the Theatre Volunteering programme explained to me and details about when I would be picked up the next day to begin. Sure enough, I was picked up the following day by my designated tuk tuk driver, who was an absolute hero from day 1-so lovely and helpful, he would stop off anywhere on the way for food etc and he even introduced myself and some of the other volunteers to his family.

Upon arriving at the school where I would be volunteering I was a little surprised how poor the area was (I knew these children would be disadvantaged and the school would be a state school, however their facilities barely ceased to exist.) The school was located at the top of a bumpy, dirt track and consisted of two small rooms-one with a cupboard, a rug and a wash basin and the other with a white board, a writing book for each child and pencils. I was then told it was over to me to take the class and the three teaching assistants (who were all very pleasant) stood back as I began to introduce a few warm up games with the children. Drama games were all I could teach on my first day as the school had no equipment or facilities (such as costumes, props, arts materials etc) for acting purposes. I also was asked to teach an hour of English a day, which was completely fine, however this wasn't outlined when I signed up.

The following days in Jaipur were filled with acquiring various materials from the local markets to make costumes, accessories and props. I also brought paper for scripts and paint to make scenery. After I had made these, I felt more ready to teach the children as they were subsequently very excited when I turned up with bright colours and silly plastic props they could play around with. I had decided before traveling to India that alongside suitable interactive games I knew and had researched, I would teach them two scripts for them to learn, act out and perform. One was a script from a popular children's story 'We're going on a bear hunt' and one was the script of Shakespeare's 'Macbeth' which I adapted for the children's age group (2-15 yrs old.) Both stories were fun to act out, were very interactive with multiple parts and had lines that were easy to pronounce and learn. The great aspect of this programme is that you are free to arrange whatever theatre programme you like and can teach the children whatever it is you may specialise in or have an interest in. Additionally, the children were a delight to teach, so friendly and enthusiastic! Just make sure you come fully prepared!

At the end of my programme, the children were able to perform what they had learnt to an invited audience (this consisted of the project coordinators, the teaching assistants, other volunteers whom I lived with and myself.) I also filmed the performances, which overall made it a brilliant experience for the children who had all developed in confidence and awareness of English and British Art.

During the rest of my month in Jaipur I had the opportunity to experience Indian culture right in the heart of the Pink City. I experienced the way a traditional Indian family operates (from living with an authentic family who's values, class system and importance of religion contrast starkly to the European way of life), to experiencing various Indian festivals and visiting Indian monuments, architecture and places of interest. These included the famous Amer fort, the monkey temple the Hawa Mahal, the City Palace, and the Jal Mahal (the floating Palace)-all very beautiful with interesting historical stories attached. Additionally to this, I was lucky enough to book myself on to the company's Golden Triangle tour package which I completed after my time in Jaipur. This included travelling to the City of Agra where on the way we stopped off at Fatehpur Sikri and then the next day I got to see the incredible Taj Mahal, a sight I will always cherish and never forget. I then visited the Red Fort of Agra, a truly fascinating building. The next day, I traveled on to New Delhi where we visited the Indian Gate and the Buddhist Temple-again wonderful experiences.

I would thoroughly recommend the Theatre Volunteering programme in Jaipur as it is a life changing adventure and an experience which really opened my eyes to a way of life so different to my own.

What would you improve about this program?
Some of the information on the website is incorrect and misleading. It needs to be written by an English speaking past volunteer. I was asked to edit the website and the company were happy with my amendments and published my writing, but now it has been removed.

The schools need to be better facilitated and equipped with props, costumes, paper, arts materials etc, else the volunteer has to fund for all of this and source everything from the local markets which is difficult and unfair.

The children should be told that they must attend all days of the programme as it would be easier to designate roles permanently if the same children showed up each day.
26 people found this review helpful.
Helpful  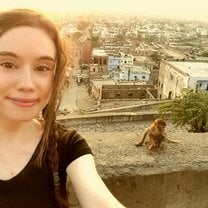 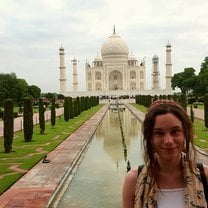 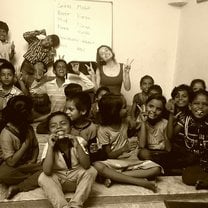 From the first day arriving in Jaipur I was made to feel very welcome by the staff of VWI and the Host family. Initially arriving at the school I was very nervous, but the children were all so lovely and keen to learn I immediately felt comfortable. My 2 weeks were filled with puppet designing and making and lots of games, which all led up to the final puppet show organised with the children on my last day at the school. Some of my favourite activities included the paper mache and painting of the puppets and the dance classes. The children were so involved in all these programs which made me feel very proud and also sad when my time was at an end. I loved my time in Jaipur, met some great people, had some amazing food, saw the incredible sights in and around the city and even managed to watch a Bollywood movie in Raj Mandir.

The project staff members were great from my first email enquiry to the VWI office to my last day in Jaipur. My project coordinator was especially helpful both in the school and for any other info I needed while living in Jaipur. My accommodation was fabulous, I was made to feel very welcome and the family were amazing in helping me to get around the city and finding materials I needed to work in the school. The food provided was excellent and there was always more if wanted. My tuk tuk driver couldn't have been better, I was always promptly picked up in the morning and he was more than happy to stop anywhere on the way, helping me get cream to repel mosquitos was especially appreciated, and nothing was ever too much trouble.

I would defiantly recommend the project for anyone with a passion for theatre as it has been so rewarding sharing mine with the children here. I chose VWI as I wanted to do something involving theatre while travelling in India. There were great reviews for the company and being based in Jaipur itself they were better involved with the projects in India over a company based in the UK. 10 out of 10 for my overall experience and satisfaction, looking forward to when I can return to India.

Jaipur, aptly named the "Pink City" refers to the abundance of pink buildings that are scattered through the city. Jaipur is a popular tourist destination, as it completes the "Golden Triangle" circuit that includes Agra and Delhi. 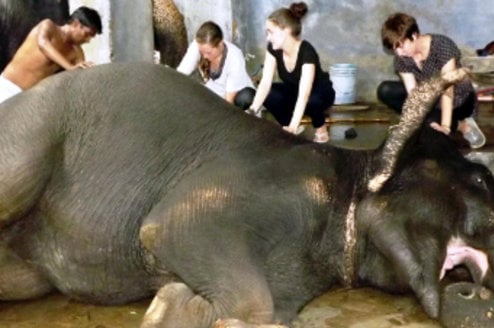 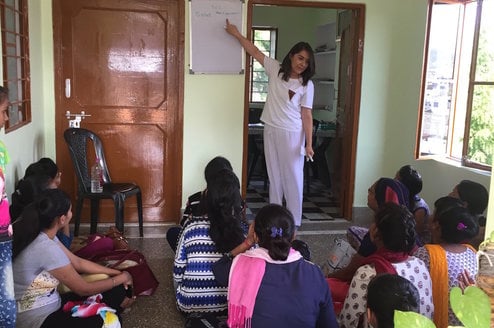 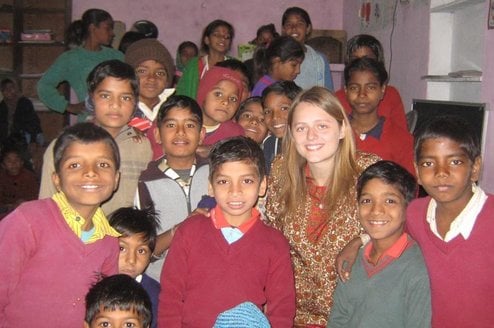 India
5.00 •6 reviews
Join one of the Teaching Volunteer Program in India. In our teaching...
View Program