Volunteering Solutions offers 3 exciting opportunities to volunteer in Spain and it'll be a great means of cultural immersion. Spain has always been a popular travel destination for its gorgeous beaches, breathtaking art and architecture, mouth-watering delicacies and of course, football & flamenco dance! Being a volunteer will not only let you enjoy all of these but also enable you to contribute towards the environment and the society!

Volunteers can choose work and help disadvantaged children attending an after-school community center and participate in teaching and childcare activities in Valencia. Other than this, there are 2 different Conservation projects which you can choose in order to get closer to nature. Under the In-Land Conservation Program, volunteers work in the Valencia region for protection of biodiversity and ecosystem of the region. The Marine Conservation Project, on the other hand, is located at Denia, protecting the coast and the marine life!

This program is currently not being promoted on Go Overseas by its provider. Check with Volunteering Solutions for the most up-to-date information regarding the status of this program. 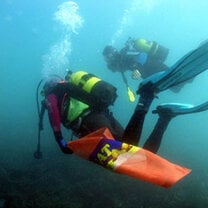 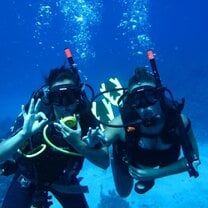 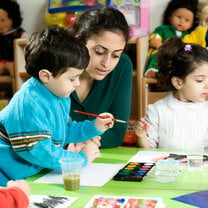 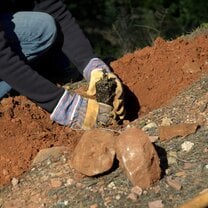 We are glad to announce that most of our programs in over 25 countries are now open! You can book your trips for 2022-2023 now and be worry free as we offer a flexible Covid 19 booking policy, with free date/program and destination changes!

I have the best memories of my volunteer program in Valencia. The whole process with Volunteering Solutions ( including the team in Spain) from start to finish - was easy and well executed .The project with children was an eye opener and The time I spent with the children and the other teachers will always be etched in my heart . I’m still amazed at the amazing work they do and the impact it has on the lives of these kids and on society, at large . My host family were the most loving and warmest people ever ! They looked after me so well and supported me with everything and went out of their way to make my stay so wonderful ! They are my family for life ! Thank you Sahil , Marta and team for one of the best experiences in my life ! It has made such a difference to it . Always grateful !

What would you improve about this program?
To be honest , nothing that I can think off coz my experience was a fabulous 10!
15 people found this review helpful.
Helpful  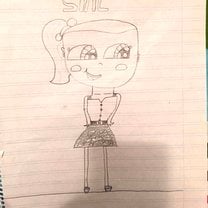 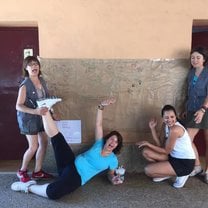 In the summer of 2015, I was fortunate enough to travel abroad to Spain with my mother and sister. Although they wanted to make the trip, they weren’t totally sold on my idea of volunteering on their vacation. However, by the end of our holiday I had changed their minds!

We spent 3 weeks in Valencia, Spain where we volunteered with children at risk of social exclusion. Being a kindergarten teacher myself, I knew this was a program where we could make a real difference.

We spent our first week helping to coordinate a summer camp, plan activities and excursions, and organized our schedule for each day. I was pleasantly surprised that our ideas were taken seriously and implemented into the agenda! During the next two weeks, we helped the kiddos with their homework, assisted with English-speaking skills, played games, and even made a trip to the local pool where we were able to teach some swimming lessons (another passion my family and I shared)!

Because our volunteering hours were Monday-Friday, we were able to travel to different parts of Spain on the weekends and afternoons. Some of our trips included: Barcelona, Madrid, Ibiza, and Seville. Our trip coordinator gave us a tour of the city the first day we arrived, and advised us of the best ways to travel. This was extremely helpful and eased any previous anxieties. The accommodations were spacious, centrally located, and safe! We made several friends along the way with other volunteers and enjoyed every part of our adventure.

Overall I would highly recommend this program to anyone looking to make an impact on children’s lives, while traveling abroad. The relationships we built there will be cherished for a lifetime. I cannot wait for our next trip! 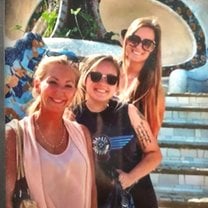 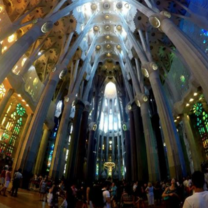 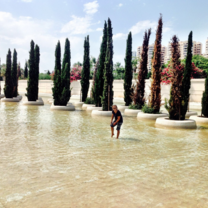 I went to Valencia with a friend to help children aged from 8 to 10 do there homework. We were spending aproximatly 4 hours each day with the same class. But obviously the children weren't studying this long. I learnt to play the 1,2,3 ball game and a few others with the boys. I used to draw a lot with girls, but we also listened to music, took pictures, visited the garden in the school...
I couldn't speak Spanish fluently, but well enough to understand each other and share unforgattable moments. I hope I will be back in Valencia soon.

What would you improve about this program?
The social could be improved. Make the differents volunteers meet with each other by organizing small events as simple as going in a cafe.
17 people found this review helpful.
Helpful 

I had a great volunteering experience in Spain Marine Project, 2014.
Each day, we had different job to do. We cleaned the beach, the trails, the mountains, the ocean...etc. while enjoyed the natural beauty of Mt. Mongo and the mediterranean sea. Detection of the invasive plants and had broaden my view for new species.

The forest fire control and prevention is also an important thing to do since it had it's worst drought in Denia the year. I had a wonderful stay in Denia, with its unforgettable beautiful nature scene.

What would you improve about this program?
It was good to me, actually. I couldn't found anything that need to be improved so far.
14 people found this review helpful.
Helpful  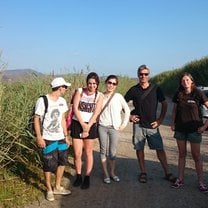 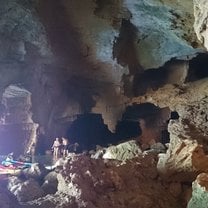 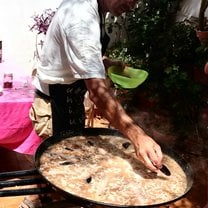 Can undergraduate students come for this program?

Can high school kids also come for this program?

Hi, thanks for stopping by! Unfortunately you must be 18 or older to participate in this program.

How important is it to be able to speak spanish?

Intermediate level of Spanish is required.

Program
Volunteer in Spain | Life Changing Volunteering Projects
Angel Banda is from Houston, Texas and is currently attending Texas State University. He volunteered abroad in June and July of 2012. Every school vacation, he tries to visit his family back in Mexico.

Why did you decide to volunteer abroad with Volunteering Solutions in Spain?

Angel: I decided to be apart of Volunteering Solutions because I saw how they offered exactly what I was looking for. From being able to site-see a beautiful city, to working in an immigrant neighborhood, all of these opportunities that the program offered were taken into consideration when making the decision. Also, the cost of the program was well under my budget, so I was able to travel and experience life in Spain for a good price. 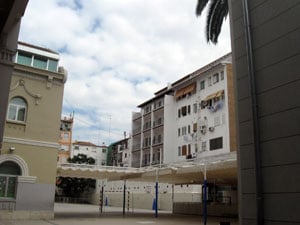 Angel: Being a volunteer abroad was a great experience. Since I arrived a week prior to the start of the summer school, during that time I would go to the offices were the non-profit organization was located and help the coordinators go over the last changes before they started the program. This week was very fun because I was able to translate a few children's songs from english to spanish, and it was also the time were I was beginning to know everyone that I was going to work with.

On my second day, I met other volunteers that were also going to be there during the same time as me, so working together helped create a bond that would later become into many experiences that we all had. The times to go to the office were very flexible, sometimes it would be from 10am - 2pm and then from 4pm - 8pm (since Spain has a long tradition of having "siesta" during lunch time". The summer school began after my first week, so for the rest of my stay I would go to the elementary school in which we were working.

Due to Valencia's great public transportation, I would sometimes take the train, which would drop me off a few blocks away, or I would ride a bicycle, which was very cheap to use. Playing and interacting with the children was the best part of the day, they would all be very curious about where the volunteers came from and everyday they would receive all of us with open arms. Whether it was lunch or dinner, all of the volunteers tried to eat together in order to have a feeling that we were becoming family. Not only would we play with the kids, but there were also other exercises that would teach the children of other parts of the world, new words, and a english.

Angel: Everything made this experience so special. There is not a day that goes by that I don't reminisce about Valencia and of its many great values that it has to offer. The people, the culture, the atmosphere, the diversity, everything that a person didnt think they would ever experience, was very well projected in Spain.

Working with children that had a very different background, makes a person value more what they have or what they experienced. The children always found a way to make a person smile, while at the same time being the professor of their cultures to other people that didn't know their traditions. Another asset that made this experience very unique, was being around other volunteers from different parts of the world.

The long-time friendships that came from that experience will never be forgotten because we only had each other while being away from home. We were like the United Nations, due to the origin of each volunteer, but our common goal was to help other people beyond our boundaries.

Angel: Personally, this experience has impacted me in a great way, because I was able to live and learn a different culture. Being exposed to other ideas made me become more aware of the diversity that there is in the world and showed me how we are all the same under one scope. 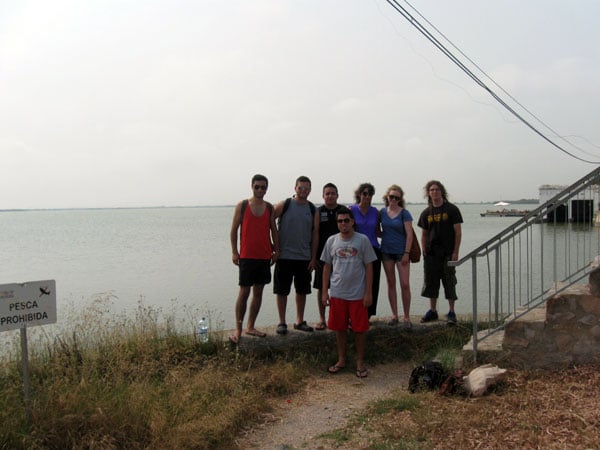 Since 2007, Volunteering Solutions (VolSol) has been working with the aim of providing support to the underprivileged societies of the world in order to make a difference. Over the last 15 years, VolSol has placed more than 16000 volunteers across 26 countries in different parts of the world. Meant essentially for high school, college and... END_OF_DOCUMENT_TOKEN_TO_BE_REPLACED 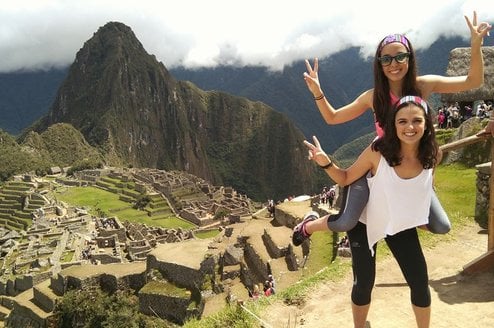 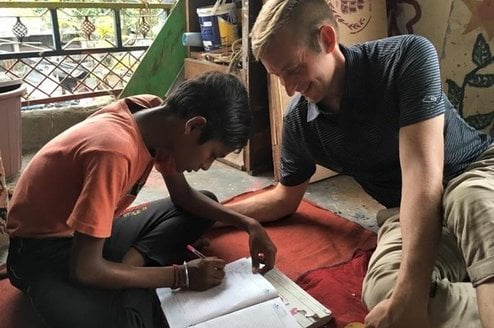 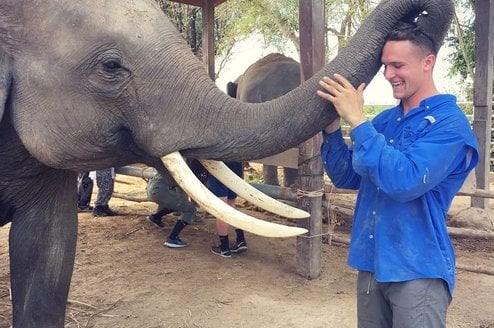