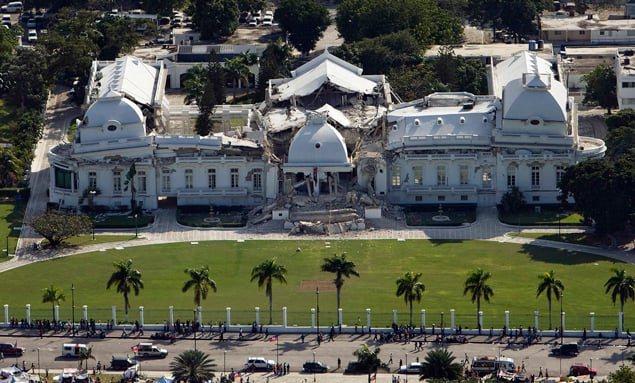 Though it's unlikely that you'll encounter a natural disaster while on your gap year, expect the best, and plan for the worst. Whenever traveling, research and preparation will help you get home safely. Today, we'll cover how to prepare yourself in case of a natural disaster on your gap year, best practices in a few common scenarios, and what to do if something does happen abroad:

Budgeting should be the first thing you do when preparing for your gap year, and including a solid travel insurance policy should be one of the first things you consider. Insurance can feel like a waste of money since you don't get anything physical for the price, but nothing hurts worse than the pit in your stomach when you realize you needed it.

What's right for you?

While choosing the right insurance policy depends on a number of personal circumstances, a gap year backpacker should consider a mid-level insurance policy, that includes emergency medical (and possibly dental). This will help provide a safety net should something go awry but won't break your budget either.

There are many different vendors of travel insurance, and oftentimes, travel credit cards like Citi Reserve will include coverage through trips booked via their portal. Other providers, like World Nomads, tailor their policies specifically to your needs. You’ll need to examine multiple options and see which will be the best for wherever you’re going.

Part of choosing a travel insurance policy should be having an idea of what could go wrong. You may not plan for volcanic eruptions if you’re WWOOFing on a vineyard in France, but if you’re doing the same in Reunion, Chile, or Argentina, you may want to have a basic understanding of pyroclastic flows and evacuation strategies. And when you have an idea of what could happen, you’ll have a better idea of what you can do to keep yourself safe.

The Ring of Fire is the line of volcanoes that dot the Pacific Rim. It’s a hotbed of seismic activity, so if you’re visiting New Zealand, Southeast Asia (especially the Philippines and Indonesia), Japan, Alaska, California, Peru, or Chile, then study up on the major active cones around you. Iceland, Italy, Guatemala, Colombia, Papua New Guinea, and Reunion also have incredibly active volcanos.

While all acts of nature provide their challenges in foretelling, there are predictors to volcanos that help indicate when they are at risk of erupting. By checking reports, you can avoid being on or near the volcano during an eruption. Most highly active volcanos are well monitored, and this disaster is one of the easier ones to prevent getting caught in.

Earthquakes can happen all over the world, though they occur more frequently on tectonic fault lines and the Ring of Fire. New Guinea, Nepal, Indonesia, and Japan are all very popular gap year locations, and all have been the victims of absolute monsters of quakes over the past few years. Earthquakes are impossible to predict, so it's essential to be prepared when you're in higher-risk areas.

While many tips on earthquake survival depend entirely on the structure you’re in at the time. The common thought process is that doorways and stairwells are the safest places to be, especially if the building you're sheltering in is old.

If the structure follows more modern earthquake construction codes, then sheltering under a table in the middle of the room is the safest place.

What to do during an earthquake:

Often, Tsunamis follow earthquakes along the coast and can be far more devastating (several towns on the Indian ocean that survived the Boxing Day quake were devastated by the subsequent tsunami. However, they’re easier to predict by the drawback of water on the shore just before the tsunami hits.

Note, however, that this does not always occur. And while your best chance of getting away from one is getting to high ground, you'll need to evaluate what structures, if any, can survive the onslaught of water.

You're not too likely to bump into major tsunamis or volcanic eruptions during your gap year. But one thing you need to be prepared for: typhoons. With global warming, it seems like the Storm of the Century comes about twice a year nowadays, and hail storms and flash floods kill people every year. They can happen just about anywhere, and the United States of America, Australia, parts of East Africa, and Southeast Asia tend to get the worst of them.

While staying inside is generally your best bet against these things, you can't always avoid them. Most flash flood deaths occur on traffic-stopped roads from which drivers can't escape. The best thing to do is be prepared -- try installing a storm tracking app on your phone that will give you notifications if extreme weather is headed your way.

If you're on a small island, try to get off and back to the mainland as soon as a warning is put in place. Evacuate elsewhere if at all possible. If not, identify where you should go if the Hurricane/Typhoon gets particularly bad (usually a school or community center).

There are, of course, other risks, no matter where you go. Australia, for example, is often battered by wildfires or swamped by flash floods. Mountainous locales can be at risk of avalanches.

Each kind of disaster, and indeed each place where those disasters occur, will have its procedures in place. Know what could happen, and you’ll know what could help you stay safe.

What to do after disaster hits

When the Earth stops shaking, the waters go down, and you think you’ve made it through, don’t let your guard down. The period after a disaster is just as dangerous as the period during it. Panicking citizens can cause riots or worse. Aftershocks and auxiliary disasters occur often. And damaged infrastructure leads to a massive outbreak of disease and malnutrition.

Regardless of how long you've been in the country, or how much more you wish you could see, a natural disaster likely should spell the end of your time there.

You may be tempted to stay to try and help put the pieces back together. Unless you're an expert in disaster relief, this may not be the most responsible choice. You have to think about logistics.

With a damaged infrastructure, every resource counts. Aid will be flowing in, but as we learned with Nepal, that’s not always a perfect solution due to damage to ports and distribution routes. That means that you’ll be taking up sleeping space, food, and water, of which there may be a limited supply when it’s completely unnecessary to do so.

Now, if you have the qualifications to help (and really, there’s no reason not to get at least some basic ones while you’re abroad), then you should contact whatever relief agency has made landfall and see if they require assistance. They’ll be able to better place you according to where you can do the most good.

However, in all likelihood, you’ll merely be taking up room. In that case, you should take advantage of that emergency evacuation you secured with your travel insurance.