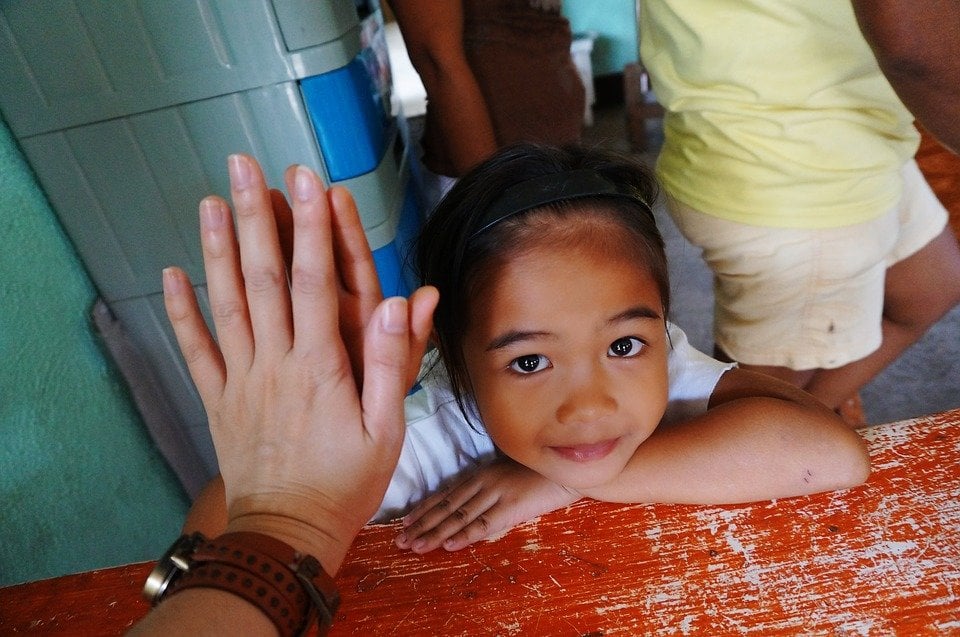 Volunteering abroad isn't like your average trip abroad -- it has the power to change you in unexpected and important ways. Sometimes these changes are clear, and other times they're fuzzy, hard to define, and part of a bigger self-evolution. But how exactly will a volunteer trip abroad affect you, the volunteer?

Sometimes these changes are clear, and other times they're fuzzy, hard to define, and part of a bigger self-evolution.

I can't say exactly how it will affect and change you, but I can help you evaluate your experience (if you've already returned) or think about the impact you will make (if you haven't yet left) by sharing how volunteering in India as an English teacher in 2011 changed my life -- or rather, is still changing my life.

1. It Introduced Me to New Interests

I knew I was traveling to India to teach English at a primary school, but I didn't know it would spark new interests. For example, it wasn't until I traveled to India that I realized how much I loved learning about cultures so different than my own.

It also taught me that I wasn't interested in certain things. Although I liked interacting with my students, I discovered that I didn't enjoy being a teacher.

It's also worth noting that my program wasn't the best run. After I returned home from volunteering, I debated if my choice to volunteering abroad had actually been a selfish act, and questioned how responsibly run the program had been.

Thanks to my personal experience, I became passionate about spreading the word on responsible volunteerism.

Now three years later, this interest has led me to my position here at Go Overseas as their Volunteer Abroad Director where I'm actively finding ways to educate others on responsible volunteering.

2. It Helped Me Develop New Skills

Working in a different environment, culture, and industry gave me the chance to develop new personal and professional skills.

I developed patience and improved my cross-cultural communication skills. By working with children, I gained leadership abilities and became more comfortable with public speaking.

Working in a different environment, culture, and industry gave me the chance to develop new personal and professional skills.

Most significantly though, I -- like many others -- began blogging about my time volunteering abroad as a way to keep my friends and family at home up to date about what I was experiencing and create an outlet to work through the challenges of volunteering abroad.

Surprisingly, my passion to write grew beyond just having a personal blog, and inspired me to pursue writing for other platforms as well. It's impossible to know whether or not I would have eventually discovered and worked on developing this skill or not, but I can confidently say volunteering abroad set it into motion.

3. It Helped Make Me More Worldly and Culturally Sensitive

When volunteering internationally, I worked with local coordinators, program directors, teachers, and students. Their knowledge, education, and experiences were entirely different than my own, which at first made it more difficult to relate.

For example, the school board director, one of the most educated men in the area with perfect English, asked me what my local language was. It took me a minute to realize that in his country, everyone speaks Hindi, but each state also has it's own local dialect or language. It was a foreign concept to me, just as much as everyone in the United States only speaking English was a foreign concept to him.

However, after spending more time interacting with the locals, I began to understand more about their culture which in turn helped build relationships and ultimately make me a more worldly and culturally aware person.

4. It Taught Me to Appreciate the Little Things 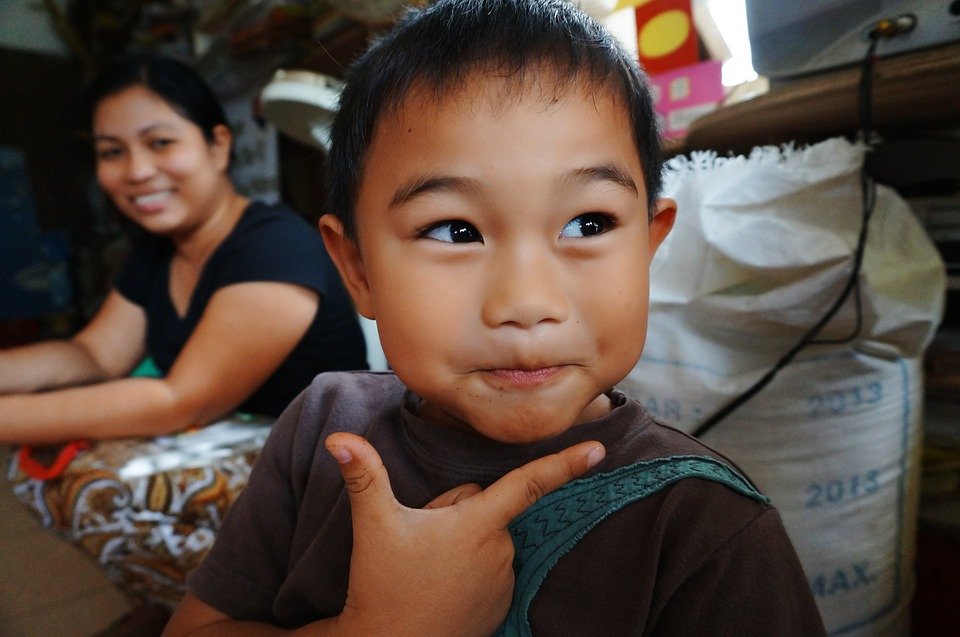 I know it sounds cliché, but living in a third world country -- even for just a short trip -- truly helped me understand how much we take for granted in the United States.

Seeing how others live with limited food, dirty drinking water, basic, thatched-huts, or easily preventable illnesses absolutely made me think twice the next time I got frustrated because my car wouldn't start or my air conditioning stopped working. In the grand scheme of things, these problems aren't that big a deal.

Immersing ourselves in different cultures can open all of our eyes to what’s really important in life.

Likewise, I'm so much more appreciative of the "the little things" in life. I'm lucky enough to have access to health care, water, food, and good house. We tend to see these things as basics, but they're not for everyone.

This is why, even with all the voluntourism criticism, I still believe it’s important for people to immerse themselves in an environment drastically different than their own -- whether it's as a volunteer, a student, or a gap-yearer.

Immersing ourselves in different cultures can open all of our eyes to what’s really important in life.

5. I Made an International Network of Friends

Although my focus was on my work in the local community, I also worked alongside a group of international volunteers and eventually became close friends. These people not only taught me about their countries, but have remained an invaluable network years after.

Without some of the great people I met volunteering abroad, I wouldn’t know as much about the German education system, or how to make money on a working visa in Australia, or the best places to visit on a road trip in British Columbia.

By residing with my fellow volunteers from France, Italy, Portugal, Germany, and Canada, and keeping in touch and visiting them after the volunteer project was over, these friendships have helped me understand other cultures, made me a more informed person, and extended my travel network tenfold.

6. It Changed My Perspective on Gender and Women's Rights

After visiting India I learned and experienced firsthand some of the issues it's struggling with. It has a male dominated society and women are often excluded from educational or career opportunities. There were several occasions in which my male program director would direct questions or instructions at the other male volunteer, completely ignoring my presence.

Although sexism is present throughout the world, I had never had to deal with such blatant disregard simply because I'm a woman. Putting myself in this position completely changed my perception of the issue.

It's socially responsible, to be aware of what's going on beyond our own borders.

Being aware of what goes on in the world unfortunately means being exposed to negative and heart breaking stories. Volunteering abroad is a similar experience. There were plenty of wonderfully uplifting things I saw, but I also inevitably became aware of the inherent issues that exist in India and other developing countries -- especially when it came to women's rights, the impact of living in a politically unstable country, and low quality of living.

7. It Taught Me to be More Aware of Global News I've never followed the news too closely, but after living in places like India, Thailand, and Tanzania, I find myself searching for these countries in news headlines and wanting to keep up with events there.

It’s important to me, but also socially responsible, to be aware of what's going on beyond our own borders. Volunteering abroad inspired me to be more proactive about following the news, which in turn as led me to be more concerned about certain social issues and sharing what I know.

8. I’m Not a Superhero and Never Will Be

My initial vision of what volunteering abroad looked like included lots of smiles, sharing my knowledge to those in need, and making a tangible difference in people's lives.

It wasn't until long after I left India that I began to realize how naive and irresponsible it is to think that a single volunteer can change the world.

Development is a much larger and involved process, and as a single volunteer, we're more likely to have small impacts than world-changing ones.

9. It Helped Me Accept My Flaws

The toughest lesson of them all, however, was admitting and accepting my own personal flaws. It sounds harsh, but if there's anything I took from my time volunteering in India, it’s that I wasn't as selfless as I first thought.

How? The challenges of living in a developing country brought out some of my worse characteristics.

I found myself continually frustrated when things didn’t happen how I thought they should. The bus on the way to school took an hour instead of 30 minutes because of all the potholes. The water at all the restaurants was warm instead of refrigerated. I couldn't go for drinks with the other volunteers because women weren't allowed in bars. I let all of these differences bother me, instead of being open to adjusting to them.

It took me a long time to accept that just because something is done differently, doesn’t mean it’s wrong.

I was too self-absorbed to recognize that I wasn't in my country and that it was ridiculous to expect others to adapt to the way my country did things. It took me a long time (ok, I confess, I still struggle with it) to accept that just because something is done differently, doesn’t mean it’s wrong.

It was scary to put myself in that position but by dealing with these challenges, instead of remaining frustrated, I learned invaluable lessons about myself, lessons that are still changing my thoughts, beliefs, and actions today.

The Changes Don't Stop When You Come Home

In the end though, I don't think there is one ultimate, definable change that happens to someone in the volunteer role -- and there shouldn't be. Constantly trying to first recognize and second be open to these changes is what makes the long term positive effects from volunteering stronger and more influential.

I can safely say that I am not a perfectly humble, generous, understanding, patient, informed, empathetic, and changed person just because I volunteered. But I’m getting there.