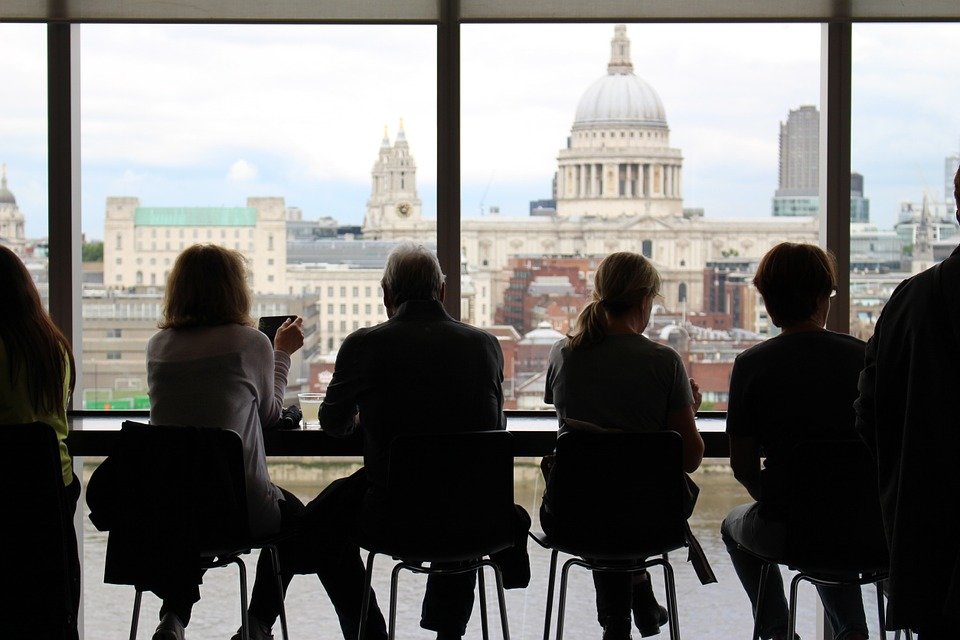 More Americans are studying abroad than ever before. At GoOverseas, we believe this is objectively a good thing. But, more and more students are doing so without learning the language of their host region while abroad. One of the most rewarding and enriching experiences a person can have is the challenge of learning a new language. The sense of accomplishment and the accompanying broadened perspective one gains is what some people, myself included, identify as the most meaningful thing they took home from their study abroad experience.

We’re going to take a look at why you should learn a language while studying abroad, some of the best languages to learn today, and how to make sure you master them. Because after all, studying abroad is a lot more fun when you’ve got someone to talk to once you get there!

A Shrinking World and a Global Economy

The most obvious reason to study a language abroad is the same reason your parents, your guidance counselor, and Mr. Rogers all have already told you: it’s a small world, and it’s getting smaller. With the onset of the internet, new trade laws, and multinational corporations, the world is an increasingly interconnected place.

We’ll get into the cultural ramifications and benefits of this international do-si-do later on, but let’s speak practically, shall we? Sure, its tilted axis and solid-iron core coupled with its proximity to the Sun make the world go round, but you know what else does? Money. With China poised to overtake the United States as the world’s largest economy within twenty years, and successful corporations like Volkswagen Auto Group operating plants and headquarters in far-flung countries from Germany to Brazil to China to New Zealand, upward mobility in the professional arena now means a heightened importance language proficiency and polylingualism.

This preference for linguistic studs is not just for future CEO’s, either – it behooves even the most junior associates and gophers to have flexible tongues, because when positions in foreign offices open up, or transfers come down the pipeline, you don’t want to be the one left saying “Sorry, no, I can’t do that.”

Impressive degrees and field-specific expertise are wonderful, but like putting gummybear tires on a supercar, all that power means nothing if you can’t apply it. Put differently: you may know your stuff, but if you can’t communicate it, it doesn’t do you much good.

By not learning the local language, whether home or abroad, students unintentionally and often unknowingly close themselves off from networking opportunities, and decrease their professional value. So when in Rome, do as the Romans do –- speak Italian! 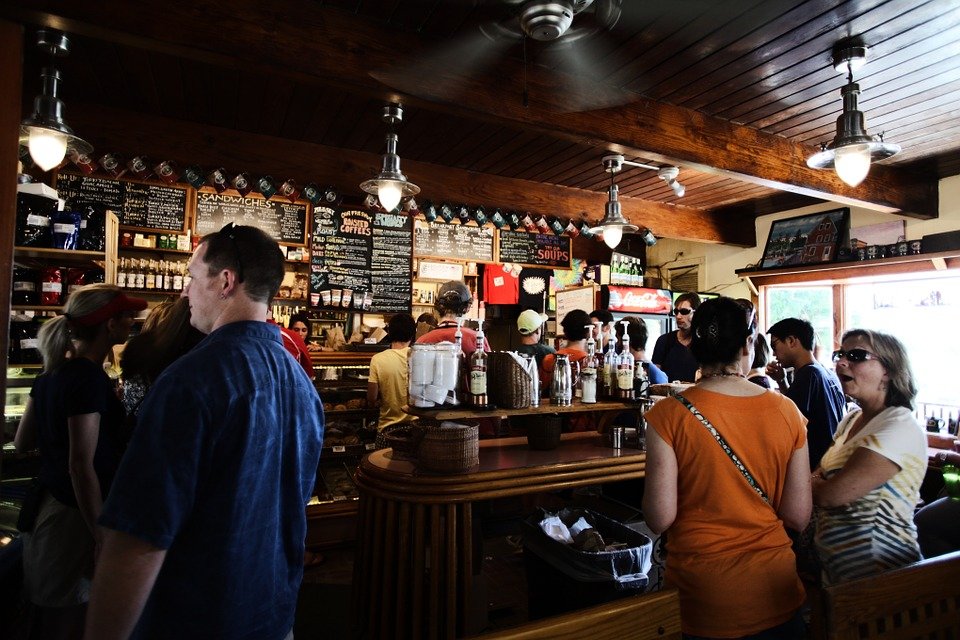 More important, however, is the effect learning a language has on you as a person. After all, you weren’t always someone’s employee, and you’re going to retire one day, but you never stop being a person. You have a lifetime of opportunities to grow and to learn and to become a better citizen of the world.

Can you study abroad without learning a language? Absolutely. Should you? Mark Lenhart thinks not. “Advanced language skills are a measure of advanced cultural skills. If you focus your attention on language learning, it’s simply inevitable that you’ll also learn valuable cultural skills."

As we mentioned earlier, the world is getting smaller. That means that people, and their cultures, are getting closer. Practically, this means that you are more likely than ever to have a coworker or friend for whom English is not their first language. How does having learned a language prepare you for this, even if you studied a completely different language? “Empathy,” Mark says. “You remember how you struggled to pick up on the nuances of [the local language] – grammar, structure, slang – and you are more patient and accommodating.”

But more than just making you a more sensitive, in-tune person, learning a foreign language abroad teaches students that the best resource they have is themselves. Like the triumph of learning to ride a bike or navigating a city’s public transit for the first time, the surge of self-confidence and efficacy we feel upon succeeding is made all the stronger and more permanent when we initially thought we couldn’t. “Learning is like growth,” as Mark puts it. “You need to put yourself in situations that [seem] difficult in order to learn. That’s really the heart of experiential learning.” By overcoming the challenge of learning a new language, students look around and wonder, “What can’t I do?”

Many studies have shown that immersion is more complete in study abroad when the native language is adhered to. Though tempting, try not to insulate yourself in your English bubble, like fellow American students and Facebook. To avoid this, CET pairs American students with local roommates, because sticking to the native language allows some of the most meaningful cross-cultural exchanges to take place. Say you’re in Beijing and you’re frustrated with the smog. Being able to ask your local roommate about how they deal with it is often just the beginning. “Maybe that starts a conversation about consumerism, or pollution, and it starts to really broaden [the student’s] perspective about what they’re experiencing,” Mark says.

Learning a foreign language abroad teaches students that the best resource they have is themselves. Like the triumph of learning to ride a bike or navigating a city’s public transit for the first time, the surge of self-confidence and efficacy we feel upon succeeding is made all the stronger and more permanent when we initially thought we couldn’t.

Which Languages to Learn

The task of choosing which language to learn while abroad will obviously depend on where you’re headed and what your interests are, but we’ve selected three languages to highlight based on their importance in the modern world.

As we mentioned previously, China is poised to overtake the United States as the world’s largest economy by 2030. Add that to the fact that Mandarin Chinese is the most-spoken language in the world with nearly a billion native speakers, and the reasons to study Chinese become obvious. With this economic boom comes the influx of good banking jobs in China and Hong Kong. Many American finance and economics students are not only now being encouraged to learn Chinese; it’s being made mandatory.

Government and International Relations majors are taking notice, too. As China’s global importance grows, so do the number of embassies in Beijing, and many new diplomatic jobs are opening up to those qualified students who can also speak Chinese.

If you want to learn Mandarin, we recommend checking out our excellent list of programs in Beijing, Kunming, and Guilin. While we love Shanghai as one of the most awesome cities in the world, it may not be best for students looking to learn Mandarin. As Mark Lenhart advises, “Shanghainese is so complicated and so interesting, but it may make language learning more complicated for the lower-level student…maybe a different city with a more standard dialect might be better for the serious language student.”

Arabic is spoken across a large swath of the world’s most ancient civilizations and is the native language of nearly three hundred million people. It has always been a language of art, mathematics and beauty, but given the economic power that many of those oil-rich nations have, Arabic is quickly becoming a choice for economics students as well.

Combined with the political and social dynamism sweeping the Middle East, Arabic is now the plum tongue for lovers of art, history, arithmetic, literature, and political science, too. For better or worse, American foreign policy has been anchored in the Arab world for the last decade, and the ability to speak Arabic is a highly coveted skill domestically.

If you're interested in learning Arabic, check out study abroad programs in the Middle East. For the best combinations of history and modern political relevance, consider studying in Amman, Jordan or Cairo, Egypt!

Spanish is the second most-spoken language in the world, behind only Mandarin. The official language of over twenty countries, Spanish has long been associated with art, literature, and romance.

Now, though, more career opportunities are opening up to job seekers who habla español.

With concern growing over the environment and conservation efforts being more en vogue than ever, South American and Latin American rainforest nations offer unique positions in the fields of medical research, biology, zoology and meteorology.

How To Learn a Language Abroad 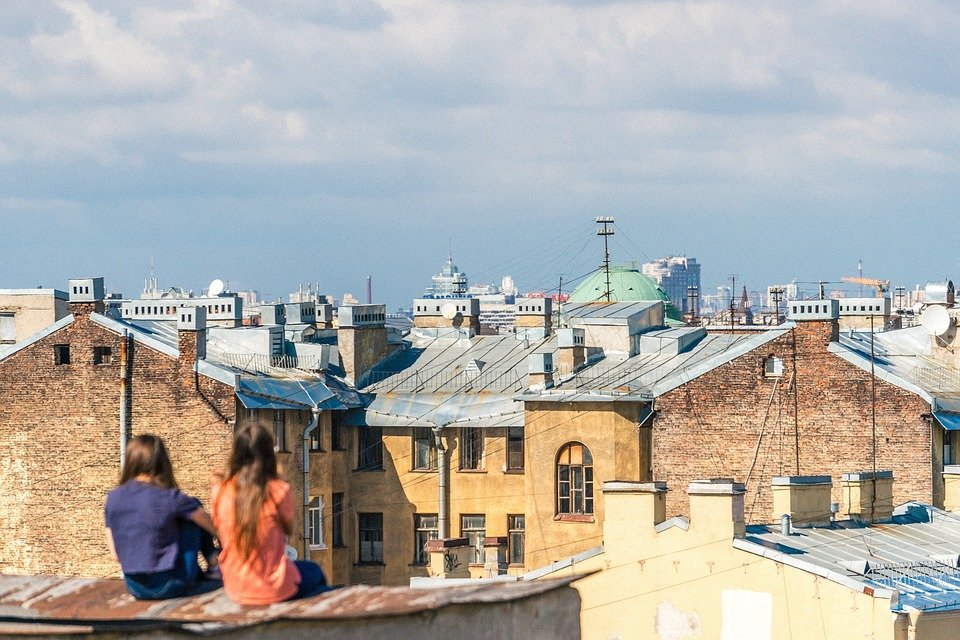 And so you ask yourself, what is the best setting to learn a new language while studying abroad? Good question, Theoretical Ghost Student.

Your most common option will be in a group or class setting. Often similar to a standard college class, these courses will usually be offered by your host university or by your independent third-party provider. There are benefits to this group method: the chance to practice your language exercises with fellow novice students, and the chance to hear others’ questions that might frame difficulties you’re having in new and helpful ways.

Learning a foreign language abroad teaches students that the best resource they have is themselves.

Another great option is to learn a new language with private tutoring sessions. Usually held individually or in pairs, private tutoring has a number of methodological advantages. With the additional privacy, many students feel more comfortable working through problematic pronunciations and grammatical structures without the fear of embarrassment. Further, because you are the only student, the curriculum moves at your own pace, and you can spend more or less time in the subjects you need to. You can also tailor the topics to those you find most interesting or useful. Tutoring sessions can also be held nearly anywhere, so you may find yourself learning Spanish in the park or Arabic by the beach when the weather is nice.

So there you have it: our best arguments for learning a language abroad. We’ve shown you why, where, and how to get started learning a new language overseas, and hopefully you’ve been inspired to take a crack at it. Because after all: won’t it be fun when your parents and friends have to Google Translate your letters home?