It's a LONG way to Australia! You wouldn’t want to go all that way and not have the trip of your life, would you?

Don’t worry! Global Work & Travel is here to ensure your working holiday in Australia is smooth, seamless & more importantly, unforgettable! We’ll provide step-by-step guidance so you’ll arrive knowing that all those stressful essentials will be sorted before you even leave your home country.

Our local team will set you up with a paid job opportunity to start earning a local income, private airport transfer & 4 nights of hostel accommodation when you first arrive for the ultimate jet lag recovery. Plus, an Australian bank & tax account, your new mobile number & a range of awesome local Aussie experiences such as a wildlife sanctuary visit & a day trip to Byron Bay, plus more!

We’re here to support you every step of the way to assist with your visa, flights, permanent accommodation & so much more.

This program is currently not being promoted on Go Overseas by its provider. Check with Global Work & Travel for the most up-to-date information regarding the status of this program. 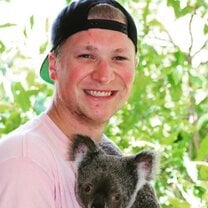 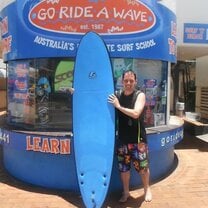 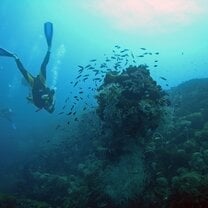 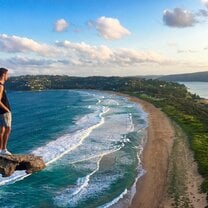 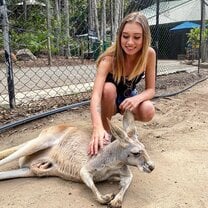 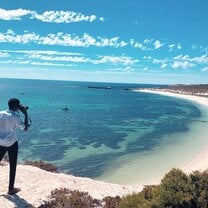 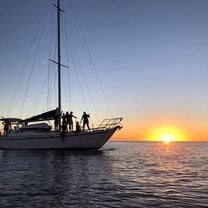 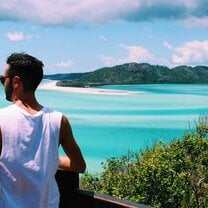 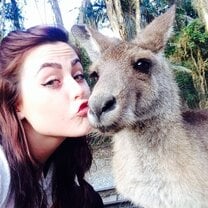 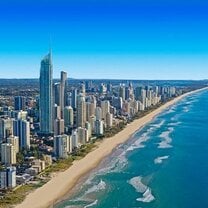 My two years in AU was perhaps the most valuable time in my life. The experiences and lessons learned will be with me for the rest of my life. Working on resorts and bars, I met travelers from all over the world. With these people I ate food I’d never heard of, learned things about language and culture I didn’t know existed, and now I have people to visit in many different countries. I am very happy that I went with Global work and travel company for my trip. They were helpful and supportive, and gave me piece of mind for my first time traveling overseas. I’ve recommended them to many people.

What would you improve about this program?
Housing - but that’s on the workplace, not global work and travel co
56 people found this review helpful.
Helpful  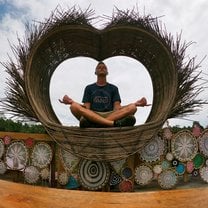 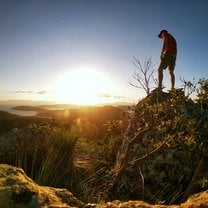 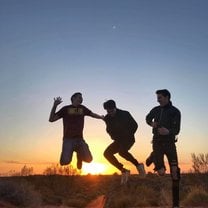 I had a blast manifesting my dream to go on an epic adventure in Australia and experiencing the many things it has to offer. It's sunny beaches, beautiful weather and the many great people having a wonderful time. The Global Work and Travel team was great at handling every transition and answering all of my questions. From planning my date of arrival, processing the needed paperwork, and informing me exactly what I need to know and what to expect, I finished my trip and came home with many great stories to tell. I highly recommend it to anyone who is thinking of taking some time off and going on an adventure. 10/10 would definitely do it again!

If you did this all over again, what's one thing you would change?
Staying in Moreton Island. That place is paradise!
53 people found this review helpful.
Helpful  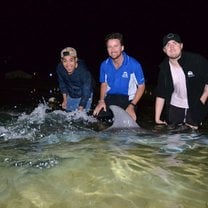 *Note: The ratings are based on my own personal experience over my term in Australia, not necessarily Global itself.

I owe a lot to the Global Work & Travel Co. I was lucky enough to win one of Go Overseas contests, and Global helped pay my way to Australia. It was a spur of the moment decision to go, and I am forever grateful for the opportunity I had. Living and working overseas was the best thing to happen to me for my own personal development. I don't regret it for a second.

That being said, Global itself is a mixed bag. Yes, they offer you guaranteed placement, but read the fine print. What I noticed talking to other Global travelers was that it appeared the company had no real "connections" and sent travelers' resumes to a handful of people that they found on the Australian backpacker board, Gumtree. They also require you stay somewhere for four months or they stop helping you. I had very little contact with them during my trip. I was frustrated when they sent me a job and I flew up from Adelaide in SA to Brisbane for a job that they hadn't told me I couldn't do without a driver's license. It was not entirely Global's fault, but they weren't particularly good at helping me find jobs I was after. I had at that time worked multiple years at home doing orchard picking so I expected to get jobs similar to that. Instead, multiple times they sent me to work at a bar, something I had zero experience doing and I had specifically said I was not really interested in. I liked the one bar well enough, but it is a tossup. I had one that was pretty bad, too. I was not the only one who had issues with there process and spoke with a number of travelers with similar problems.

There was also the contest issues. Yes, they paid for some of my travel. But they took me possibly the longest way to get to Australia in the first place (over the North Pole and through China) at twice the cost it would have taken to fly more direct. Instead of getting both my flights there and back mostly covered, my money was used up on the single trip out. I tried to send them a flight I wanted (I had gone back and forth to NZ before already and was familiar with the airlines), but they said I wouldn't get the money if I did it myself. By the time they got around to booking my flight, I was so close to my target departure date I had no choice but to accept their route.

Global can offer you a lot of help with getting oriented if you are new to travel. Most companies can offer similar opportunities and benefits. I went on their most expensive option and got set up with a debit card, bank account, phone, etc. But having traveled on my own before, I think it was unnecessary because there was nothing they offered that I could not accomplish myself.

My verdict: if you're new to travel, Global may offer some peace of mind. If you have traveled around before and feel comfortable with going through the process on your own, definitely don't waste your money. It's an expensive service that may not pay off. Australia is a country full of backpackers. Talk to them if you have problems and they might be able to give you tips to work it all out.

What would you improve about this program?
Australia is so backpacker friendly it really isn't necessary to go through a company unless you are a nervous traveler. The people I talked to prior to departure were pretty great. In country, they were less helpful. Better service in country would make a difference.
49 people found this review helpful.
Helpful  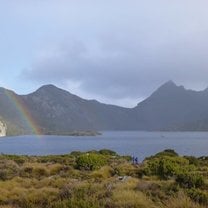 Australia is one of the largest countries by land area and has a wide variety of climates and regions including desert, beaches, and the outback. Where else can you visit 10,685 beaches, more than 500 national parks, and 8,222 islands in one fell swoop? Unsurprisingly, Australia is regarded as one of the most livable countries, making it a wonderful destination to study, work, and travel abroad.

As the easy way to work & travel around the world, Global Work & Travel specialises in trips that let our travellers experience the world in a meaningful way. Our travellers are more than just tourists. They want to dive into their trip and do something real, from learning languages, getting their hands dirty, building their life skills or even... END_OF_DOCUMENT_TOKEN_TO_BE_REPLACED 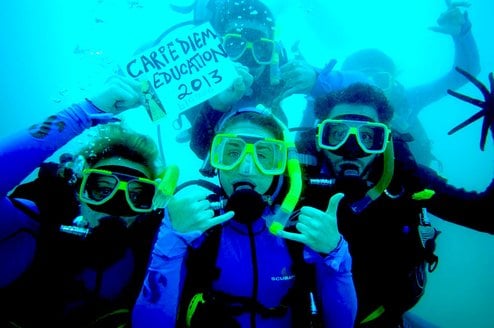 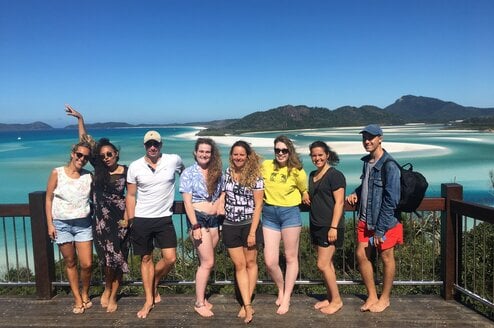 Australia
9.30 •30 reviews
Join one of our groups for an action-packed 7 week tour combining...
View Program

Australia
10.00 •1 review
Do you love children? Au Pairing in Australia can offer you an...
View Program