Our internship programs in China are located in Chengdu (western China) and Shanghai. Interns in Chengdu have the opportunity to experience a more traditional China, while those in Shanghai experience fast-growing China.

Asia, Africa, and Beyond! Looking for an alternative to virtual learning? Our new Going Beyond gap semester programs are a safe, structured, yet flexible option to see the world while gaining valuable work experience and knowledge abroad. Half semester up to a full year - choose your own path and tasks. Next escape is November 8th!

Work with Chinese lawyers, gain work experience, and give your CV an edge with your experience abroad.

Live and work in Shanghai and get practical journalism experience at an English-language magazine.

Is housing included? Thanks!

I spent one month immersed in Shanghai living the Chinese way of life and it was one of the best moments of my life. I learned a lot in terms of working in China and it gave me the opportunity to meet new people that remain my friends today! My roommates and I got along perfectly. The housing provided was ideally located, close enough to my work place and to metro stations from which you could access any part of the city easily. The staff members were amazing with everyone and were always available for us, organising group activities, advising us on what to do during our free time, etc. Although I didn't learn a lot during the internship itself, it was a great addition to my CV and an experience people are always curious about during my work interviews.
I highly recommend Projects Abroad if you are looking for a professional experience abroad!

If you did this all over again, what's one thing you would change?
I would take Mandarin lessons in parallel in order to be able to communicate more easily with Chinese people on a daily basis. Everyone spoke perfect English at work, but outside work was a completely different story... But we had many hilarious moments trying to understand Chinese people and be understood by them!
Did you find this review helpful?
Vote up! 0
Vote down! 0

Projects Abroad was a helpful, informative, useful, inspiring and genuinely kind company to deal with. I was never worried that I was being scammed or taken advantage of at any point during my stay in China or during the application process. From the initial steps of signing up for the program I was well taken care of and maintained close contact to my program supervisor. Projects Abroad had all their bases covered regarding housing, cell phone usage, flat mate meetings, hospital proximity and EVERYTHING else you can think of. This program taught me a lot about, not only medicine, but also strengthened my own personal confidence when placed within a diverse and completely different culture than my own. I would strongly recommend Projects Abroad to anyone looking to expand their comfort zone while learning your desired field of study - it is one of the best decisions I have ever made.

Going to China, I had no idea what to expect. When I arrived in China , a member of the Projects Abroad staff greeted me and took me to my apartment. The next day, she oriented me with the city, showed me to my work place, and introduced me to my roommate. I interned for a small social media company helping them write articles, and create a youtube channel to advertise local restaurants. My coworkers were all around my age. We became friends very quickly. They showed me China from a local perspective. Daily, they challenged me to eat strange foods and try new things. One time we were preparing traditional lamb soup and they asked me to help them cut up some of the meat. So I agreed, not expecting them to hand me a lamb heart. They laughed because of my uncomfortable reaction and we continued to cook together. Needless to say, lamb heart is one food that had to open my mind to eat. Because Chinese culture is so centered around food, my coworkers (China family), encouraged me to try new foods that normally would sound strange to me. My closest friend even invited me to have a meal with her family, and experience what a traditional family dinner was like. It was amazing, because even though no one in the family spoke English, we could all somehow understand each other. It is beautiful how people from across the world share similar experiences and interests.

What would you improve about this program?
The housing had a little bit of a critter problem, so better housing. Our on site staff was nice, but distant. She didn't seem very interested in helping us feel comfortable in the city.
Did you find this review helpful?
Vote up! 0
Vote down! 0

I recently just completed a study abroad trip with Projects Abroad in Shanghai and my placement was a medical internship. I am a pre-med student and I knew that Shanghai was becoming developed and I wanted to also experience the medical system of another country and of another culture. The hospital I was placed in was one of Shanghai’s top teaching hospitals and many doctors are well known in the country. A picture of me even went on the news for a liver transplant between father and son. I was placed in the departments I wanted to be in and being in the surgery room was very rewarding. Internal medicine departments were as well because I got to see patient medical histories and listen to how the doctors would treat these patients according to their day to day conditions. The accommodation was down to earth Shanghainese style but fully equipped and decent in size. There’s around five volunteers in a flat and the rooms are very nice (sheets and blankets provided). Tap water is not available for drinking in Shanghai so drinkable water was also provided. I do not think host family is an option for the Shanghai option for the China study abroad but if it is, I would think it’d be a more rewarding experience because it really lets you into the life of a Shanghainese family. The volunteers who I stayed with were coincidently all placed on a medical internship as well and it was so fun to go to and from work each day together, eat lunch at the cafeteria and share our stories. Getting around Shanghai was easy especially with the staff support. They picked us up and also help us call taxis to the airport. They checked up on us and was always there to help when we call or message them. We get an allowance for the trip duration (for food, sightseeing or other necessities) and even if you feel that it won’t be enough to spend, it actually will be. I used it on trying out the different local authentic restaurants. And it was also worth it to go souvenir shopping (so definitely go with your flat-mates). Overall it was a valuable experience and I hope I could apply to go abroad to another city.

What would you improve about this program?
I could not think of what needs improved actually because I like the authentic Shanghainese lifestyle in the accommodation and placement.
Did you find this review helpful?
Vote up! 0
Vote down! 0

Being from a Chinese background I thought that living in China would help me further appreciate the country’s historical and dynamic culture, which is something I only have small taste of in Australia. I would have to say that Shanghai did not disappoint me at all in this aspect!!! Of course, Shanghai is a very multicultural and internationalised city compared to the much smaller, traditional towns in China. But the many distinct city districts, such as the French Concession, the Old City and Pudong, provide an amazing snapshot of the societal diversity of both Shanghai and China. Shanghai is truly astounding, so I have quite a bit of love for it now!!

What I loved just as much, though, was my placement. I interned at ReignDesign, which is a company that develops and designs iPhone and iPad applications. All my colleagues were of course, helpful and welcoming; what amazed me the most, though, was the fact that only 20% of my colleagues were Chinese. So I had the opportunity to collaborate and share ideas with colleagues from the UK, US, Canada, Germany, Chile and Korea. This melting pot of international ideas made my placement REALLY interesting. I had the opportunity to write storyboards for online videos, test run and tweak unreleased iPad games, build brand awareness for the company and also experience their design processes. Not bad for the two months I was there for!

You may be wondering what happens after work. Yes, well……. A LOT!
In the short period of time I was there for, I had done sooooo much!! One of the things I enjoyed the most were the social events Projects Abroad organised. It was good to see all the volunteers together in one place and catch up on each other’s weekly travels. We would often go to some quirky restaurants, which was great!!! Good to try new things…. especially in China!

I think the most noteworthy event that I was lucky enough to be in China for was Chinese New Year. I knew it was the biggest week on the Chinese calendar, but I never anticipated such an experience! The atmosphere in the city during Chinese New Year is crazy! Fireworks and crackers every DAY and NIGHT from every place you can imagine! There is no sleeping during the week, nothing like I've experienced before. Some interns bought some firecrackers to explode.... yes, they EXPLODE!! On Chinese New Year Eve I was fortunate enough to be on the Bund where I was able to watch the city ERUPT over the Huangpu River, it was pretty cool!!

Though, on top of everything I have said, I think the most important thing I have taken away from this experience are the friendships I had built with all the interns, and the Projects Abroad team. Everyone goes to Shanghai through Projects Abroad alone and at first it can be a huge culture shock. That is why you bond with so many different people in such a short period of time; so people you would either never talk to in your normal everyday life, or people you may never get the opportunity to meet otherwise. These people quickly become your family in Shanghai and ultimately make the experience the most worthwhile.

Projects Abroad is a global organization formed in 1992 around the need for gap year programs abroad designed for students taking a break from studying. Since its inception, Projects Abroad has expanded to offer high school volunteer programs, and a vast variety of programs geared towards those taking a gap year or a career break. Visit the...

END_OF_DOCUMENT_TOKEN_TO_BE_REPLACED 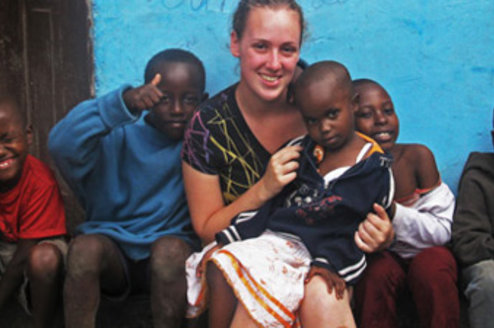 Projects Abroad has established a variety of volunteer programs in... 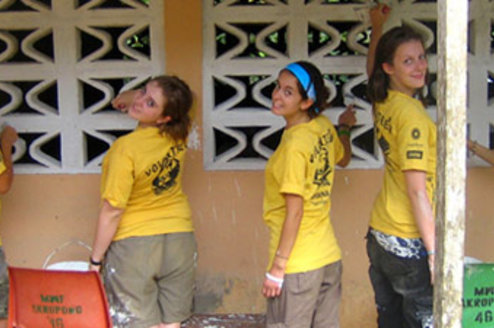 Projects Abroad has been placing volunteers abroad since 1992. As a... 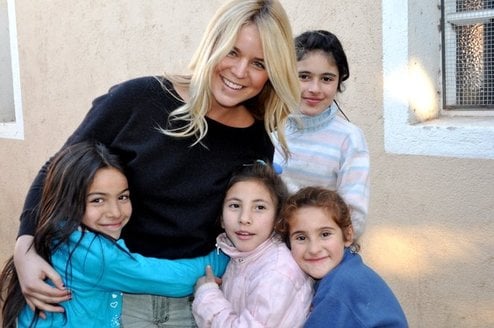 Projects Abroad has been sending volunteers overseas since 1992. Our...