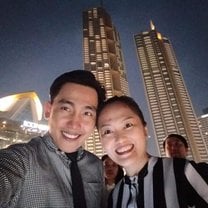 a moment of gratitude 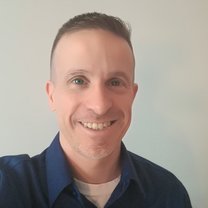 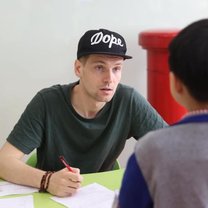 me listening to my student 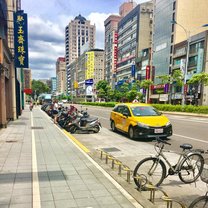 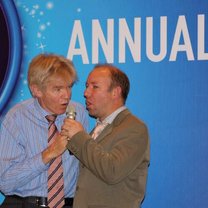 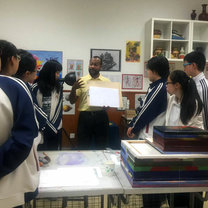 Teaching Nomad is your connection to great teaching opportunities abroad! We’re an American owned and operated company with offices in both Shanghai, China & Denver, Colorado. Our personal placement consultants will help guide you through the exciting process of going overseas!

Since 2011 we've been working with great schools and helping people like you connect with only the best. We have schools hiring for every subject, with opportunities in 100+ cities across 7 countries.

We take a lot of pride in connecting dedicated teachers with great schools. Teaching Nomad has programs for teachers of all experience levels including professional educators, experienced ESL instructors, and beginner teachers. Our clients include international schools, language training schools, primary/middle/high schools, and kindergartens.

Register with us today to be connected with a dedicated placement consultant who can answer all of your questions and find the perfect match for you.

Teaching Nomad made a great effort in order to help me find an opportunity in China! Although the Coronavirus outbreak has affected my ability to visit China at this time, I am thankful that I got to work with Sylvia Spanos. She was very helpful! I would not have it any other way. Perhaps after the pandemic, I will be able to reapply for opportunities in Asia but for now, I will sit tight in the USA. If you are serious about going to Asia, Teaching Nomad is the place to work with. They will help you with every aspect of the job application process.

I had been working in a university in China for nearly three years when I decided it was time for a change. With two education degrees, I was hoping to get a job in an international school. I reached out to Teaching Nomad after hearing great things about the company from my colleagues.

I had a very positive experience with Teaching Nomad, Tiffany Xiao was my agent and she was an absolute star! She helped me to find a number of suitable positions and she provided frequent contact throughout the process. She also helped me to get information regarding a teaching license, which I am excited to start in the upcoming months!

What would you improve about this program?
There is nothing that really comes to mind right now.

I'm not sure what value my review will serve as I did not complete the process because another opportunity manifested; however, if I persisted in my endeavor to teach abroad Teaching Nomad would have remained my program of choice for several and obvious reasons. For one: my placement consultant, Marissa, really guided me through this process and made it as seamless as possible. I was impressed by the amount of time she spent assisting me and finding jobs that she thought would be a good fit for me. She was also amazing with communication––always responding to my emails and answering literally any question I had. I should also add Teaching Nomad is so centralized that you could complete the process (with an exception of attaining your passport and background check) through them.

Lauren Klein is patient, long suffering and friendly. I found her to be approachable and easy to speak to. She pays attention to your needs and is excellent at communicating and always responds to emails in a timely manner. Her follow-up and feedback are valuable. Lauren said that she will get me interviews within a month and followed through on this and got me 3 interviews. She is knowledgeable of schools and countries that she works with and provides relevant advice that helps to make a decision. Lauren takes into account all aspects of your future, including family and financial needs. She pays attention to detail. I would recommend Lauren to anyone looking to find a position abroad.

I have not started the role yet, so I cannot comment on the job itself in any way, however, I have had a positive experience with TN. Initially, I had interviewed with the CEO in Denver, and he seemed really down to Earth and decent. He seems like he would be a nice guy to work alongside. I was then passed to Marissa, another agent, and she was great too. The initial chat we had was clear and reasonable, and it did not seem as though she was a pushy recruiter, unlike many others I have dealt with. She seems keen on actually finding me a role that suited me, not just any role she wanted to 'get rid of' (I have had this SO much previously).

She stayed in touch throughout the process and made sure everything was running smoothly and wished me well at the end. I had found it hard to 'crack' into the international school market with a subject outside of English, but Marissa got me in the door! This could define the rest of my career!

The automated job matching was less on point, 'matching' job in my job alerts being located in completely different cities than I had asked for. This is more a system issue rather than an agent issue of course. I would ignore the job alerts and just go through the agent in future. 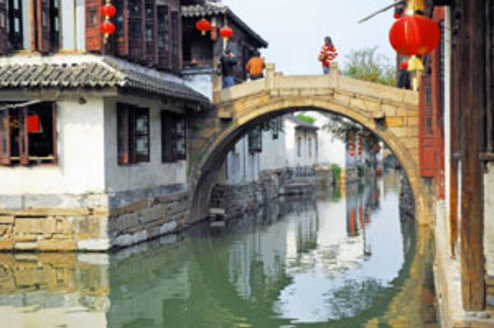 Save to Wishlist
3
3
Teaching Nomad

Teaching Nomad is your connection to great teaching opportunities in... 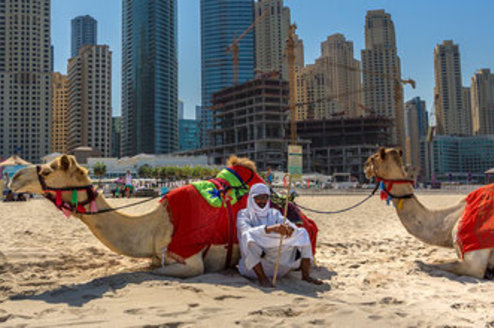 Save to Wishlist
2
3
Teaching Nomad

Teaching Opportunities in the UAE & Middle East with Teaching Nomad

Teaching Nomad is an American owned and operated teacher placement... 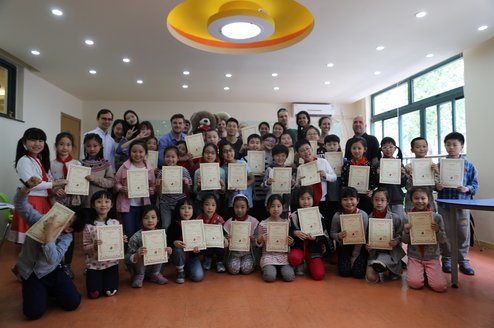 Save to Wishlist
2
Teaching Nomad 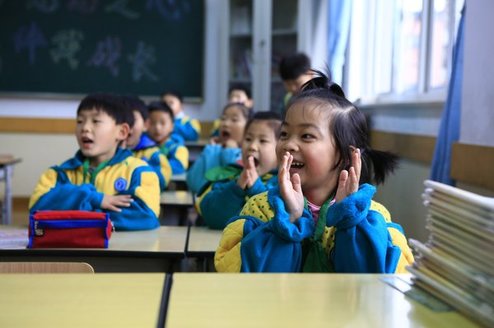 Save to Wishlist
3
Teaching Nomad

Get $100 USD off your TEFL course after completing it, taking a job... South Korea offers something for everyone! Whether you want to... Teachers of all levels find themselves looking to teach in Taiwan due... 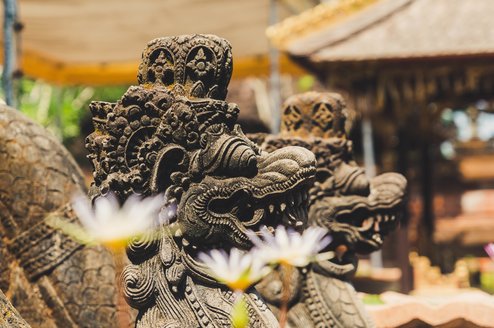 Teaching in Indonesia allows you to immerse yourself in the... 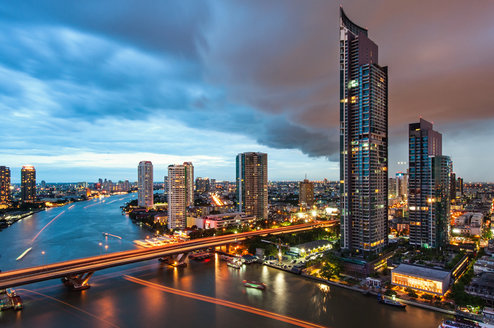 Thailand is a unique destination that's extremely popular with... Vietnam is a wonderful place to teach abroad for both new and...

After spending winters during university traveling to Colorado to work at ski resorts, Cameron knew he wanted to keep going to new places to work. He learned about TEFL and now his life in China awaits.

I have always been a traveler. It started with road trips to the Smokey Mountains when I bought my first car at 16. It led me to tackle Tourism as a major at my university and take winter jobs in Colorado.

I had never been out of North America or Central America and decided it wasn't enough anymore. During my senior year, I saved all my money for a two-week trip to China. I spent time wandering amongst the skyscrapers in Shanghai and hiked along the Li River -- I fell in love.

I worked with International TEFL Academy in getting my certification. They had an excellent course that I gained a lot of knowledge and experience from as well as post-graduate country guidance.

They helped with my next steps as far as finding a job, and what I should be prepared for. They got me in touch with Teaching Nomad, my recruiter. They have taken care of everything since and been involved in interview setup, negotiations, and been in touch all the way to the start of my contract.

Program
Teaching Job + 120 hour TEFL ($249 USD value)
Job Title
Associate Placement Consultant
Mike grew up in the suburbs of Chicago and moved to China after seeking a change of scenery in his life. After working as a teacher for some time, Mike moved into teacher recruitment in order to help provide prospective teachers with the same awesome experience that he had.

My favorite travel memory would probably be when I took an ATV tour of the countryside surrounding Phonm Penh, Cambodia. It was my birthday, and it was hands down one of the coolest things I've ever done.

The people living in the countryside live to completely different standards than what most Americans might be used to, and they don't exactly have a lot of material possessions. However, I learned that happiness does not always come from what sort of iPhone you have, or how much money is in your bank account, but really it's about the experiences and people you surround yourself. I got some time to interact with the countryside people, and they all seemed so polite, friendly, fun-loving, and were happy with simple things.

Not to mention, on the way back, it started storming and I ended up traversing through mud and flowing water all with lightning in the background. I came back to my hotel caked with mud really feeling like I just took part in a Die Hard movie or something. One for the memories for sure.

Since working for Teaching Nomad, I have definitely become more outgoing, since I speak to so many different people on a daily basis. As a former introvert, I'm very happy with how much I have grown. Since I speak with so many different people, I have also grown to appreciate all the different sorts of people that exist in the world, and really no two people are truly the same. Everyone has their own goals, dreams, backgrounds, and all of that combined makes them into the unique person that you see before you.