Jumping for joy that I got to meet amazing people and live in an amazing country!

Had the opportunity to visit Northern Ireland!

The group of us API Maynooth students traveled along the Wild Atlantic Way!

This picture is from an API trip to London… we trusted the wrong person with the map #losttourists but it was still a lot of fun wandering around.

This taken at an API trip to Giant's Causeway

As the capital of the Republic of Ireland, Dublin is one of the liveliest cities in Europe. With one of the youngest populations comprising people from many different parts of Europe and the globe, the city has a full and varied cultural and intellectual life, which brings together the best of traditional Ireland and of modern Europe. Dublin is particularly fortunate to have many theaters, museums and galleries throughout the city. Famous for its literary and musical tradition, Ireland’s capital has been home to well known writers, playwrights, actors, and musicians for many years. A particular feature is the tradition of live music in every conceivable venue, from street artists to the National Concert Hall to the many pubs where traditional Irish music still flourishes. In the literary field, the contribution of native sons has been outstanding, with Jonathan Swift, Oliver Goldsmith, Oscar Wilde, George Bernard Shaw, W.B. Yeats, and Samuel Beckett amongst the most prominent.

API students who choose to study abroad in Dublin at Maynooth University choose from a range of undergraduate courses as offered in the Faculty of Arts, Celtic Studies and Philosophy, the Faculty of Science and Engineering, and the Faculty of Social Sciences. Courses are arranged in the seminar and lecture styles, and grades are based predominantly on one final exam.

Students who choose to study abroad in Dublin at the University College Dublin (UCD) choose from a range of undergraduate courses offered in the Faculties of American Studies, Arts and Celtic Studies, Business, Engineering, Human Sciences, Law, Life Sciences, and Mathematical & Physical Sciences. Courses are arranged in the seminar and lecture style, and grades are based predominantly on work submitted during the semester and by final exam.

Students who choose to study abroad in Dublin with API at Trinity College Dublin (TCD) choose from a range of undergraduate classes open to Irish and international students. This program allows students to acclimate to the Irish university system, better preparing them to be able to integrate with the local Irish students.

This four-week summer program presents the best of both worlds – the opportunity to live and study in Ireland’s only university town in a rural setting while being only a half-hour away from the hustle and bustle of Dublin. The Maynooth University summer school offers the largest number of summer course options of any of our Ireland programs in topics such as international business, economics, history, literature, anthropology, geography, and environmental studies.

This six-week summer program presents the best of both worlds – the opportunity to live and study in Ireland’s only university town in a rural setting while being only a half-hour away from the hustle and bustle of Dublin. Maynooth University's tailored international summer school offers students the chance to gain credit and enjoy classes with experienced and enthusiastic instructors, while also experiencing life in an Irish town located in the heart of Europe.

I was extremely nervous to travel overseas and experience a different culture and society. But everyone associated with API made my transition so much better than I could have ever imagined. The people I met in my program at Maynooth will be in my life forever and I can't thank API enough for giving me the opportunity to branch out and have the time of my life! We traveled all around Ireland and got to experience the rugged and beautiful landscapes around the Emerald Isle!

What would you improve about this program?
I don't have anything to add because the program was everything I could have asked for and more!

The group of us API Maynooth students traveled along the Wild Atlantic Way!

Had the opportunity to visit Northern Ireland!

Jumping for joy that I got to meet amazing people and live in an amazing country!

API definitely made my experience so much more enjoyable. They were there to guide me through living for 9 months in a foreign country and just made the transition so much easier. I highly recommend studying abroad with the API program. I met great friends, my program directors were fantastic people. My experience studying abroad is the greatest of my life and I can guarantee that that is because of API. Through the program I met a few of my friends and through one of them is how I met was introduced to the rest that I would be with for the whole school year. They made the first couple days so much less stressful, and I loved going on trips with API (also the only time in my travels that I slept in a hotel versus hostel).

What would you improve about this program?
I really don't have much to say about improvements. It's a great program that's a little pricey, but you definitely get your money's worth.

This taken at an API trip to Giant's Causeway

Dublin is the capital of the Republic of Ireland and is the largest city in the country teeming with pubs, castles, museums and Irish step dancing.

College students may study abroad with API in over two dozen countries across Asia, Europe, Latin America, and the Middle East. With a wide variety of courses offered in almost every major discipline and in various languages of instruction, it is easy for students to find a program that suits their academic interests. API offers high quality

END_OF_DOCUMENT_TOKEN_TO_BE_REPLACED 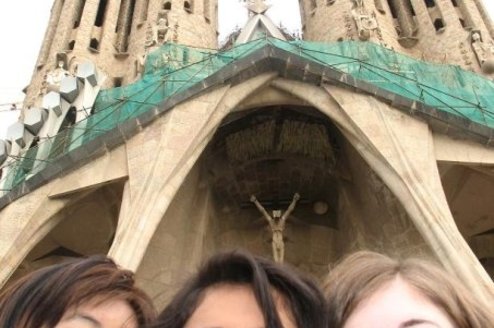