IFSA invites students to come study abroad in Scotland! Five unique university experiences are available in some of Scotland's largest cities: Edinburgh, Glasgow, St. Andrews and Stirling. All of these programs offer students an exciting chance to experience the United Kingdom in a comfortable setting, not to mention Scotland is a great jumping point to see other European destinations. Check out further information on each university below! 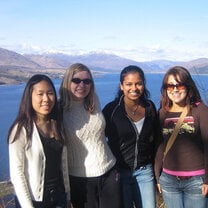 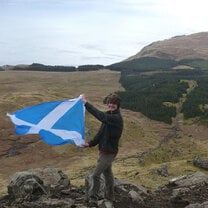 This program really exceeded my expectations. I was most surprised by the amount of support I received from IFSA during my semester in Glasgow.

IFSA provided us a week-long orientation to familiarize us with the new country and also provided small reunion events, such as a Friendsgiving and afternoon tea time throughout the semester to make sure we were ok. My favorite part about my experience was the excursion to Highlands, provided by IFSA. We got to see the most beautiful parts of Scotland during this trip. IFSA also provided us a homestay, where I stayed on a farm in the countryside of Scotland. My host family provided us tons of tourist activities and taught us a lot about the culture.

In terms of academics, I was able to take economics courses that my home university did not provide, such as behavioral economics and contracts and governance. UofG also had bagpiping classes, and a variety of other cultural courses for the exchange students.

Overall, I think the IFSA program in Scotland is a great program for those who are more worried about going abroad for a semester. That was me initially; I was afraid I would be lonely and would not be able to adapt to a new country, but that was not the case. Both IFSA and the city of Glasgow were incredibly welcoming. I encourage to try this program if you are feeling the same way I did!

What is your advice to future travelers on this program?
prepare for windy and rainy weather in the fall by brining a raincoat, NOT an umbrella
31 people found this review helpful.
Helpful 
Read my full story

Fáilte. The Gaelic word for welcome. I titled my review this for two reasons: the Gaelic language is beautiful and Scotland is welcoming. The first day I arrived in Scotland, I noticed how welcoming everyone was. My taxi driver from the airport to the hotel I would be staying at for IFSA orientation was a wonderful historian who introduced me to Scotland by telling me historical information about the places that we passed. We had a good laugh and I thought for the next four months I am going to love this place. When I arrived to the IFSA orientation, I was surprised that the staff knew my name. They introduced themselves and we had a bit of conversation. Again, I felt welcomed. I know this concept of feeling welcome is supposed to be the norm, however, it was my first time outside of the United States as a black woman. I was nervous about the experience and told IFSA-Butler. They assured me that I would be alright and that Scotland was a great choice and that they would help me to feel as welcome as possible. As I opened up and felt welcome by the Edinburgh community I had lots of fun.

What was the most surprising thing you saw or did?
A part of my IFSA-Butler program was a homestay. My homestay was in Shap on the English side of the border between Scotland and England. My house mom took me and another student in the program to a local festival with "pagan" roots. It was interesting and unique to watch. There were costumes, drum-beating performances, and lots of stalls to shop from. The village was relatively small so it seemed about everyone was outside. It was a very beautiful experience that I was honored to have gotten the chance to be apart of.
31 people found this review helpful.
Helpful 

Already attending a small college, when I looked at studying abroad I wanted to push my limits and looked into bigger schools. It was kind of intimidating but also really fun; I realized what I missed out on by going to a smaller school but also what I loved about the smaller size. Studying abroad was my first time out of the country but now I feel more confident traveling alone and can't wait to go back. Post-program I definitely explore new areas more and with a lot more confidence. Useful tips: just go with the flow, if things don't go as planned you can still find amazing experiences.

I was personally on a different study abroad program at St Andrews, but many of my friends were on this one and they all spoke highly of it. They enrolled in St Andrews' classes like normal students and for most of them, grades were received as pass/fail at their home universities. They all said that they though the St Andrews program was better than the other IFSA Butler programs offered in Scotland. All the Scotland students from IFSA Butler got together from time to time, but the St Andrews students all said they seemed to be enjoying themselves far more than the other students. The IFSA Butler students at St Andrews were a cohesive group and became really good friends, which they did not find to be true of the students at the other universities. I can personally attest to how wonderful St Andrews is. The town is so wonderfully charming and Scottish. It is the birthplace of gold and I loved walking the Old Course (one of three courses in St Andrews). There are three beaches lining the North Sea and there is a beautiful walking trail through town. There is plenty of shopping: everything from little cheese shops to H&M, from adorable bakeries to Rymans (an office supply store). There are many dining options. There are lots of pubs and two nightclubs (I definitely recommend the VIC over the Lizard). You feel immersed in history at St Andrews; you can see the cathedral ruins and the castle easily. My experience there was amazing!

What would you improve about this program?
The program leaders are really involved in your life. Personally, this is not for me, but it can be really helpful if you're wary of traveling abroad.
31 people found this review helpful.
Helpful  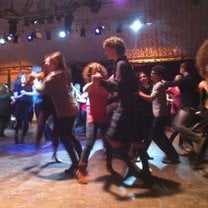 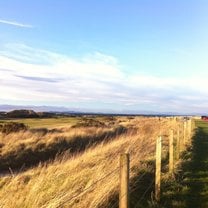 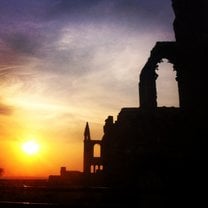 Program
IFSA - Study Abroad Programs in Scotland
Eryn is a prospective law student currently studying economics at Vanderbilt University. Her dream is to learn about the diverse stories and experiences of people around the world. My number one criterion was to study in a country with a different education system than that of the U.S., but it didn’t require me to learn a new language. The United Kingdom fit these criteria perfectly. I decided on Glasgow because I wanted to experience Scottish culture, and the University of Glasgow provided a good variety of economics courses.

I chose to study abroad with IFSA because they were the perfect program for someone who hasn’t done a lot of traveling and may be nervous about studying in a foreign country for an extended period of time. They gave us the perfect amount of hand-holding: enough so that I felt comfortable being abroad and knew that I had a team to rely on.

IFSA probably did as much as they could as a program provider to make sure our experience was as seamless as possible. I had a knee injury before my semester abroad, and IFSA helped me get in touch with my University’s disability services. IFSA provided pre-departure information and arrival pickups. Further, we have an orientation at Edinburgh. Throughout the semester, IFSA provided periodic check-ins with activities such as excursions, a homestay, and afternoon tea times. Overall, I’m really happy with IFSA’s service.

Ready to leave the familiar behind? IFSA (Institute for Study Abroad) has been helping U.S. and Canadian college and university students expand their boundaries and challenge their perspectives with study abroad for more than 30 years. With 120+ programs in Australia, China, Europe, India, Latin America, New Zealand, and the UK, and a focus on... END_OF_DOCUMENT_TOKEN_TO_BE_REPLACED 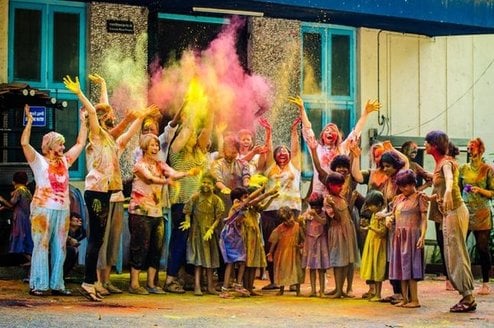