Come and study abroad with API in Bilbao, Spain! Bilbao offers a vastly different experience than other major cities in Spain. With much less tourism to deal with, the opportunity to connect with the locals and the Spanish culture is dramatically increased.

Choose the semester program that best suits you at the Universidad de Deusto, including Business, Humanities and Social Sciences, Spanish Language & Culture Studies, and Engineering and Spanish programs. We also offer a Studio Arts for Intermediate and Advanced Speakers atthe Universidad del Pais Vasco. Sign up with API to have all of the details taken care of for you so you can concentrate on having the best trip of your life!

This program is no longer offered. View more programs from API. 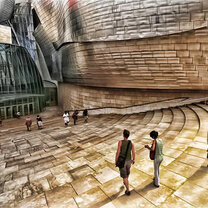 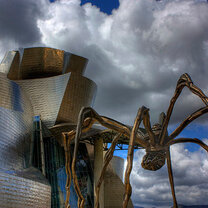 I had lived overseas before, but only when I was young and with my family. This was my first time going by myself, I prepared myself as much as I could by learning about cultural shock and re-entry shock and of course I had ups and downs while overseas. This experience changed me, it opened my eyes and gave me more confidence in who I was and who I wanted to be. I chose to go with a host family to give me the full experience and they became like my family there, I still keep in touch with my host mom today, almost 6 years later. My Spanish improved immensely because I made myself go outside my comfort zone, but I truly believe that is the only way to grow. I made friends, whom I still keep in contact with today. I even was able to return to Bilbao last year and stayed with my host mom again, it felt like going home.

Studying abroad in Bilbao was not only a great experience but I was able to experience another culture in depth, exponentially improve my Spanish, meet new friends from many different countries, and easily travel to other European countries. The program staff was helpful and contributed to the improvement of my Spanish. However, the language program was primarily American students which I was unaware of beforehand. There are testily opportunities to be more integrated with Spanish students such as taking other classes offered at the universities, participating in clubs (many people participate in the hiking club), or intercambia where you get paired with a Spanish student and speak each other's languages- I highly recommend it. The city itself is safe, has a great art culture, and offers many outdoor activities since it has the unique position of being situated near mountains and an ocean. My home stay was great however I did feel as though my family and my personalities did not match very well and wish that the matching process was more thorough.

What would you improve about this program?
It would be nice if there were more families that participated in home stays and a more thorough matching process.
2 people found this review helpful.
Helpful 

I spent a semester in Bilbao attending the University of Deusto and having been many years since my experience I have had time to reflect on my experience as a whole. First off, if you are looking for a true academic experience I think you may be disappointed. Before attending the program I did not know what the setup was like for classes. It turns out when you arrive everyone takes a test after which you are sorted out into classes depending on your skill level. Within these classes are primarily all fellow American study abroad students, I was under the impression we would be taking classes with fellow Spaniards. While I was placed in the intermediate level class it felt more like the first semester of Spanish you take freshman year of high school. The curriculum consisted of workbooks that seemed fairly pointless and some actual writing assignments. All and all not the academic experience I was looking for. Outside of school however was a much better story. I decided to do a homestay and am very glad I did. The ladies I lived with taught me more of the Spanish and Basque language than I learned in class as well as more about the culture than my fellow American classmates were going to teach me. Bilbao is a wonderful city, it was clean and safe and I can't wait to return. Living day to day life in Bilbao was really what made it special; stopping at the bakery on the way to the metro, meeting up with friends for café con leche and churros. API and our resident advisor Andrea took excellent care of myself and fellow API students. We went on several cool excursions from flying to Barcelona to attending the Cirque de Soleil performance that came through town. Lastly I really enjoyed the small group of students that were in my API semester. I like that there were so few of us we could all really bond and enjoy each other.

What would you improve about this program?
I would improve how the actual academic part of the program is run, I would have liked to get more out of it on a University level.
2 people found this review helpful.
Helpful 

This program was ideal for me as a first-time traveler. The five weeks was enough time to immerse myself in the culture and language without having to worry about leaving home for several months. The support and guidance of my wonderful program director was very welcome and helpful, but I also had plenty of time and freedom to explore on my own. I quickly became friends with other students in the program, and we met students of our age who were native to Bilbao and welcomed us to spend time with them.

I lived with a host family, and my host mother made me feel at home right away. She also encouraged me to engage in conversation in Spanish so that I could have as much practice as possible. I still keep in touch with her through email from time to time. One challenge of living with my host family was the daily commute to the university. I lived in a suburb of Bilbao, and the commute was 40 minutes each way by metro. This was a bit difficult to get used to as I had to wake up fairly early for an 8:30 am class every day. Still, I was very pleased with the public transportation system of Bilbao. It was easy to navigate, ran frequently, and I felt safe traveling alone. I felt very safe in Bilbao in general, and I spent many afternoons taking walks in the park or the shopping district.

I learned a lot in my classes, but I was not overwhelmed with a heavy workload. My schedule allowed plenty of time for me to complete my homework. I had one morning class and one afternoon class every day, and I generally used the time in between the two classes to complete my homework so that I would be able to relax at home in the evenings. Both of my classes were taught entirely in Spanish, which was determined by a placement test taken upon arrival at the university. My 20th Century Spanish Literature class was especially interesting and challenged my abilities. I also enjoyed my class on contemporary Spanish Culture and Politics.

I enjoyed the excursions that were included in the program, and I was glad to have the opportunity to see the famed "running of the bulls" in Pamplona and to visit many other places including St. Sebastian, Guernica and Mundaka. The orientation days in Madrid were very busy, but it was great to see the highlights of Spain's capital.

Bilbao was an interesting city to study abroad in because its culture is different from what Americans typically think of as Spanish. The Basque culture was unique and interesting, and I'm glad to have experienced it!

What would you improve about this program?
The scheduling of my classes was not ideal. As an advanced Spanish speaker, I did not take any language classes, I instead took two elective courses. One was offered at 8:30 am and the other was at 2:20 pm. Because of my 40 min. commute to the university, it didn't make sense for me to go back home to my host family in between my classes, so I didn't get the chance to eat lunch with my family. I thought it was strange that my class was given at 2:20, during the primary lunch hour. It would have been nice to have had the chance to spend those meal times with my family.
1 person found this review helpful.
Helpful 

Everyday was a new adventure! I stayed with a host family, a mom and her 10 year old son, they treated my as if I was a part of their family and we became very close! I still keep in touch with them to this day!! There was foothills surrounding Bilbao, and beaches just metro stops away! I went paddle boating on La ría and kayaking in Mundaka! There was many excursions like Pamplona, Running of the bulls, Mundaka and Urdabai, El escorial, San sebastian.....much much more! I had the time of my life and also grew so much! When I first arrived to bilbao and met my host family and left my American friends, it was a little intense, my Mom spoke mostly all Spanish, very little English, and I was nervous because of my level. I would get frustrated sometimes because it was difficult to communicate, but she was the sweetest and most patient woman ever! Just over the short 1 1/2 months I was there my Spanish improved so much and I could carry convos with her! :) It made me feel so good to not give up on that and take the easy way out and isolate myself. I made so many memories and great friends while I was there too! Changed my life and I have caught the travel bug!!

When does the application deadline end for this scholarship?

Hi Ryan! Our scholarship deadlines are as follows: FALL/YEAR: June 10 SPRING SEMESTER / WINTER QUARTER PROGRAMS: October 15 SPRING QUARTER: December 15 SUMMER: April 1 Please feel free to contact us at api@apiabroad.com or 1-800-844-4124 if you have any additional questions!

She picked the API program in Bilbao because she was looking for a unique, authentic experience. She didn't want to go to one of the major cities because she knew it would be easier to be able to speak English there and she didn't want that. She had never heard of Bilbao before, but after reading about it and seeing beautiful pictures, she decided to go for it!

She encourages them to go, even if they have a little bit of a doubt or are a little scared, she tells them it's one thing they will never regret they did and is life changing.

College students may study abroad with API in over two dozen countries across Asia, Europe, Latin America, and the Middle East. With a wide variety of courses offered in almost every major discipline and in various languages of instruction, it is easy for students to find a program that suits their academic interests. API offers high quality... END_OF_DOCUMENT_TOKEN_TO_BE_REPLACED 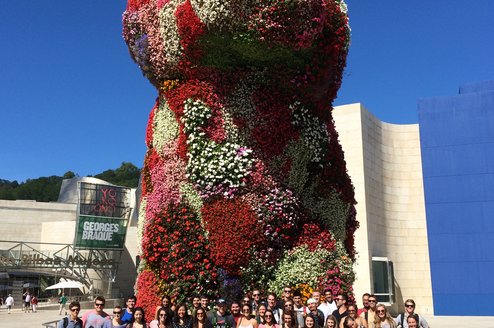 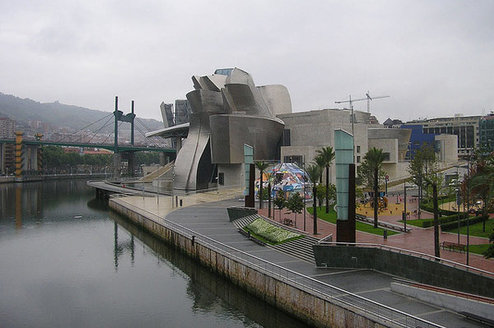 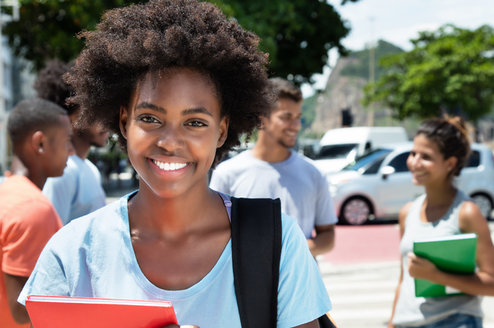 Spain
Examine independence movements in Spain and Scotland and explore the...
View Program