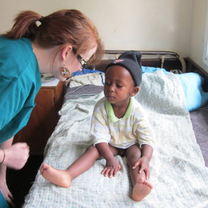 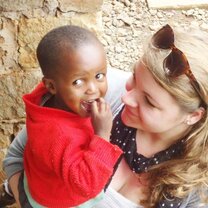 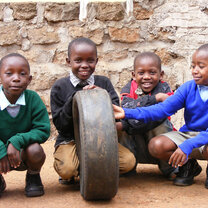 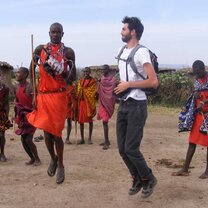 Volunteering Solutions offers incredible and amazing volunteering opportunities in Nairobi, Kenya. Located in East Africa and known for its breathtaking scenery and diverse wildlife, Kenya has been there on every traveler's wishlist since forever. It's one of the most popular volunteering destinations as well, considering the fact that hundreds of volunteers each year travel to Kenya in order to make some meaningful contribution towards the lives of the underprivileged people. There are 4 different projects available - Orphanage Volunteering Program, Healthcare Program, Teaching Program and the 2 Weeks Special Voluntour meant for all those who have just 14 days in hand yet dreams of doing something worthy!

Being volunteer in Kenya will not only give you a chance to help the communities, but you'll also get to immerse yourself in knowing the culture, the traditions and more about the lifestyle of the people. It'll definitely turn out to be one of the best experiences of your life.

I spent time at the school and the children's home. Both were eye opening. The children were full of smiles and hungry for learning. The unselfish attitude of everybody was something we don't see so much in our privalaged lifestyle we could learn a lot. What Margaret has done for over 150 children at the home is amazing. Without her vision and love for life these children would have had a very different life if any. So I have nothing but respect for her. An experience you will never regret or forget. Kenya is an amazing country with so much potential . You are guaranteed to leave a bit of your heart with the children and want to go back for more.

What would you improve about this program?
I would put a cooker in the accommodation. That way you could cook your own food. We ate out a few times and some times we didn't get breakfast delivered . So charge less and cook your own food .
2 people found this review helpful.
Helpful 

I really enjoyed. It was a very good time. I hope I had given the little ones as much as they gave me. Makimei needs more support - progressing, I believe. Margaret and Rachel are engaged and housemothers are dedicated.
Regarding Volsol/ Go Overseas, Joe Ngugi is very kind and available. Everything was fine - accommodation, food, visits to the parks. I am pleased to be part of. Thank you for your project. Keep in touch.

Volunteering with this company is something I wouldn’t recommend. There were so many things I did not like about the program specifically the amount of dishonesty between the guide sent out prior to leaving and reality.

It took 2.5 hours to get to the hospital daily. The staff really could care less we were there. I voiced a plethora of concerns with the coordinator of the company and his response was borderline rude. Especially when confronted about the scam of a 2-day safari. I also got sick while in Nairobi and went to a hospital for 7 hours. The staff didn’t offer to take me, suggest a hospital, or even ask how I was. Instead, I figured everything out on my own and waited alone there. Luckily I was able to figure this out but, I could imagine how scared a younger volunteer would have been if they had to do it alone.

Overall I would not recommend this company because it felt more like a business than a company that helps people.

If you did this all over again, what's one thing you would change?
Don’t pay to volunteer. Go directly and ask to help
3 people found this review helpful.
Helpful 

I have spent 2 weeks in Kenya with Volunteering solutions. It was my first volunteer, as I am just 18. It was an amazing experience and I have learned a lot from it. Volunteering solutions help you with any thing you need, and that makes you feel like If you were at home. All the volunteers were very friendly and open minded, which is very important if you want to do a volunteer. If someone is thinking about volunteering I would recommend Volunteeing Solutions. I loved my project, the orphanage program, as I have said I think you learn a lot. However, Volunteering solutions give you more options, some of the volunteers I was living with, were in the school program and they told me they were very happy too.I really enjoyed the orphanage program in Kenya and I am looking forward to go back.

I was a part of the Childcare Program in Kenya for 2 weeks this March, and I must say, it was the best experience I've ever had! Being surrounded by the little ones, playing with them, helping the house mothers in preparing food, and other chores - days passed by the wink of an eye. Kenya surely has a lot of reasons to be explored, but I think I made the best choice to volunteer there, at the Children's Home. Joe and Paul have been amazing hosts for us. Also, I had the chance of visiting the school one day, with my fellow volunteers, and it has become the most memorable day of my journey. At one point, I found myself surrounded by 50 kids, who just wanted to be loved. How incredible is that! I hope to go back again someday, to meet my little friends ❤

What was the most surprising thing you saw or did?
The most surprising thing for me was the way in which the kids bonded with me! (I really didn't expect something like that) They would be so happy every morning when I went there, especially Lucas, who would come running and get on my lap! It made me emotional every time I hugged him.
2 people found this review helpful.
Helpful 

It was the most incredible experience I've ever had, and to be honest, I left a piece of my heart there with the children in Kenya. I was a part of the Childcare Project in Nairobi, and got to work at a children's home in the outskirts of the city. There were 5 of us, visiting this home and supporting the kids. Around 75 kids live here, of whom nearly 30 are infants and toddlers (between the age of few days to about 3 years). These are mostly abandoned kids, and getting to know their stories were extremely heart-wrenching! From the very first day, I felt like I was destined to be there and bonded with the kids, who are hungry for love. It was wonderful to see how happiness doesn't require much, and their innocence filled the place.

I had a great time playing with the children, feeding them, telling them stories and much more. It was actually difficult on the last day, to bid them goodbye.

I also got to make some friends from other parts of the world, as we lived together at the volunteer house. Over dinners, we talked about our countries and social structure, which was indeed quite interesting.

This was a very positive experience! The meals were amazing and the staff was outstanding. Everything was very nice and safe for us. I would recommend this program to anyone as it is a very positive way to learn about the culture. I really appreciated the hospitality and transportation needs that were met. We were always picked up and had a very fun stay at the accommodation. The rooms were very nice and welcoming for all. We had a very nice leader that helped us with transportation to and from the hospital and helped with everyday activities. They showed us around the city and the local town as well. I really enjoyed my stay here and hope to go back again someday. I would like to thank all of the people involved in making this a trip of a lifetime. Thank you!

Improving the communication between the place you are volunteering and the coordinator would be helpful. Also, making sure that everyone understands their
placement would be optimal.

The hospital itself was very limited as far as resources and staff go, so with our large group it was somewhat difficult to get enough room for everyone. The organization was overall decent but sometimes confusing. Overall, the trip was great and I would do it again!

I loved how we were able to get transport to the safari at Masai Mara. That was one of the best parts of the whole trip!! The food at the homestay was wonderful. Everyone was super nice and the weather can’t be beat! The extra visit to the orphanage was a bonus, and it made a big impact. Seeing the sights around Nairobi was great, and it allowed us to get a full experience.

What would you improve about this program?
Improving the communication between the place you are volunteering and the coordinator would be helpful. Also, making sure that everyone understands their
placement would be optimal.

The hospital itself was very limited as far as resources and staff go, so with our large group it was somewhat difficult to get enough room for everyone. The organization was overall decent but sometimes confusing. Overall, the trip was great and I would do it again!
3 people found this review helpful.
Helpful 

Program
Volunteer in Kenya | Most Affordable Projects Starting From $270

There are broadly 2 main reasons why I opted for the Childcare Program in Kenya. First, I have been wanting to visit Kenya for quite some time, and I didn't want it to be like any other safari-oriented vacation. I wanted to spend quality time in the country, soaking in the culture and exploring the nooks and corners. For that, I had to be engaged in something, that would offer me a scope to work with the locals and get to know more about the country. Hence, volunteering appeared to be the best option.

Secondly, working with children is something I absolutely love. When I came to know about this program and the fact that I would get to be with kids of all ages, I instantly knew that this is what I want to do. I wanted to add some happiness to these little ones, who don't have a family of their own and deserve to be loved. There was no second thought - I opted for this one!

It was quite convenient to choose & apply for the program with Volunteering Solutions. They guided me throughout and helped me in understanding the need for the project. I had to just get some documents sorts (like my CV, a background clearance check report) and also take the Yellow Fever vaccine. That's all, there wasn't much hassle with anything.

Nairobi is one of the fastest growing cities in Africa with over 3 million people. This city has a wide range of activities to take part in from being a large city to also being the safari capital of Africa. To see Nairobi in its entirety, you must explore the food, music, safaris, people, and shopping.

Since 2007, Volunteering Solutions (VolSol) has been working with the aim of providing support to the underprivileged societies of the world in order to make a difference. Over the last 14 years, VolSol has placed more than 15000 volunteers across 26 countries in different parts of the world. Meant essentially for high school, college and... END_OF_DOCUMENT_TOKEN_TO_BE_REPLACED 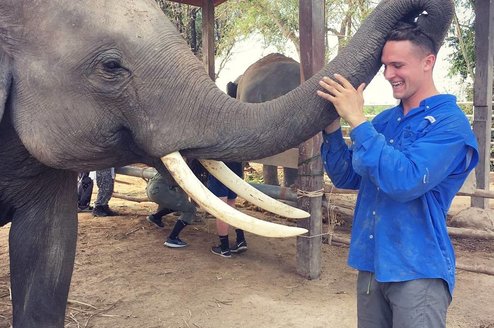