Granada is a colorful city known for its rich colonial heritage seen in the architecture and for its location on the shores of the vast Lake Nicaragua, adjacent to the Mombacho volcano. Full of beautiful structures and a friendly local community, Granada has become a popular destination for international travelers interested in learning about local Latin culture and improving their Spanish language skills.

This Nicaraguan is a great city to volunteer for people who like working with youth, as there are many opportunities to volunteer in daycare centers as well as in primary and secondary schools. As the second poorest country in Latin America, Nicaragua also has a strong need for volunteers to help educate youth and empower women to help break the cycle of poverty.

Nicaragua is a developing nation with high rates of poverty, homelessness, and uneducated youth. Thus, volunteers are an important part of the development of the nation. In Granada, schools and childcare centers are always looking for educated international volunteers with varying levels of Spanish to work with students of all ages and assist the local teachers. There is also a need for volunteers at programs that focus on helping women overcome obstacles and gain skills and self-confidence.

According to UNICEF, only 4 in 10 children in Nicaragua will make it past fifth grade in an organized classroom setting. Poverty rates are high and it's not uncommon to see children begging on the streets.

Volunteering at a school or educational program in Granada can help end the cycle of poverty and under-education in Nicaragua. Schools in Granada are in need of well-educated volunteers to teach subjects they most excel at, provide English lessons to students, introduce students to computers, and help other teachers plan their classes. Volunteers have the opportunity to work with children of all grade levels, up through the end of high school.

Granada has many daycare centers that are understaffed and are always looking for volunteers. If you like working with young children, this is the perfect opportunity for you. As a developing nation with high rates of poverty, daycares are often low-cost for marginalized families, so parents can work and not have to worry about watching their young children throughout the day. The volunteer work at childcare centers can include planning educational games for children, teaching basic subjects to children such as colors, shapes, and numbers, and helping daycare staff prepare meals for children.

Women's Empowerment organizations in Granada work to alleviate the inequality between men and women in Nicaragua. These programs offer leadership training, training on women's employment rights and how to advocate for themselves, and micro-credit programs to help women get small business loans.

Granada also has women's programs that work with young girls in providing psychological support and self-esteem strengthening. Volunteering with one of these programs is a way to help solve a long-standing societal inequity in Nicaragua.

For international travelers coming from developed nations, it may be a bit of a shock to see the levels of poverty and homelessness in Granada and elsewhere in Nicaragua. It is common to see people living in homes that are partially built and many beggars on the street. However, Granada has adapted to the tourist demand and thus there are many luxuries of a destination city as well. Granada has stores where you will be able to buy any necessities you need, although expect that you won't see the typical name brands you are used to.

Most volunteer programs in Granada place volunteers in home stays, which is a great way for foreigners to get immersed in local culture and practice their Spanish. Volunteer programs are sure to vet all host families, many of which are experienced in hosting internationals, and place volunteers in safe neighborhoods. Many homestays will include meals provided by the host family, which is a great time to experience the local cuisine and converse with your hosts. Some programs do offer the option of volunteer housing, in dorm-style private or double rooms.

Many volunteer programs in Granada require at least an intermediate level of Spanish, but programs are very willing to help foreigners improve their language skills while they are volunteering. Some schools that volunteers work in will even provide a one or two week intensive Spanish course so volunteers can gain some practice before working with students.

If you are living in a home stay, you will likely only speak Spanish with your hosts, but they will be very understanding if your language skills are limited and will help you improve. It is definitely possible to find volunteer programs only require a beginner-level ability, but be sure to look into that if you're Spanish is very limited.

Nicaragua is a tropical country with consistently hot weather, rarely dropping below 70 degrees Fahrenheit in Granada, so you will want to pack for the warm climate. It rains heavily during the wet season from May through November, so if you are traveling to Granada that time of year, waterproof gear is essential.

Although you can buy insect repellent in Granada, it is a good idea to pack some with you, as mosquitos are plentiful and can carry diseases. It is also crucial to bring shoes or sandals with strong soles, as there are many unpaved roads or roads with holes in the pavement, and a flashlight, as power cuts are common and often include streetlights.

Citizens of the US, Canada, and most European countries can obtain a tourist visa upon arrival in Nicaragua for $10 that is valid for up to 90 days. The visa can be renewed locally for an additional 90 days, after which you would need to leave the country and re-enter to start the visa process again. You can do this fairly easily by just going south to Costa Rica and then re-entering Nicaragua.

If you don't have an international cell phone plan, you can purchase a cell phone with a standard SIM card in Granada for around $25. Granada has a multitude of internet cafes from which you can make international calls at a low rate and use the wifi for only about $1 per hour. Overall, most volunteers from developed countries find Granada to be a very affordable city to live in.

Although Nicaragua is a developing nation, it is definitely possible to find sufficient health treatment and medications you may need in Granada or Managua, the nearby capital. The most important health precaution that foreign travelers to Nicaragua should be aware of is the presence of Zika virus. It is advised that all travelers become familiar with risks of Zika and how to protect against it (more information available though Centers for Disease Control and Prevention). In terms of safety, Granada is one of the safer areas in Nicaragua but travelers should take normal precautions to prevent petty theft.

Although there are no required vaccines for traveling to Nicaragua, it is recommended that travelers get Hepatitis A and Typhiod vaccines to protect themselves before going. You should check with your doctor to see if they recommend getting any additional vaccines.

Zika virus is a risk in Nicaragua, so it is recommended that pregnant women do not travel to Nicaragua right now. If you're not pregnant, it is still important to read up on how to protect yourself against Zika, as well as other diseases spread through mosquitos. It will be crucial to use an effective insect repellent and possibly sleep with a bed net.

There are good doctors, well-stocked pharmacies, and a public hospital in Granada. In the capital of Managua only 45 minutes away from Granada, there is a private hospital that will meet first-world health standards and accept most travel insurance plans.

While Granada is a relatively safe city, petty theft can be a problem, especially for tourists, as they are seen as easy targets. It's important to keep possessions close to your person when walking about the city and be sure to keep your front door locked. It's also common for women to get pestered on streets with whistles and cat calls, but rarely does this go further than being an irritation. It is recommended that foreigners not walk around alone after dark, but it very inexpensive to take a taxi in town. 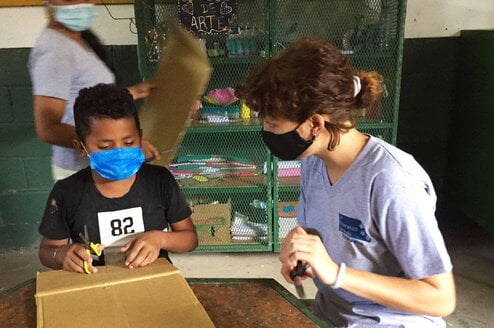 As a Learning Center Assistant, you will work with local volunteers to... 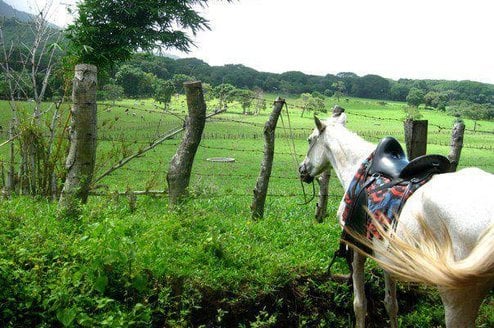 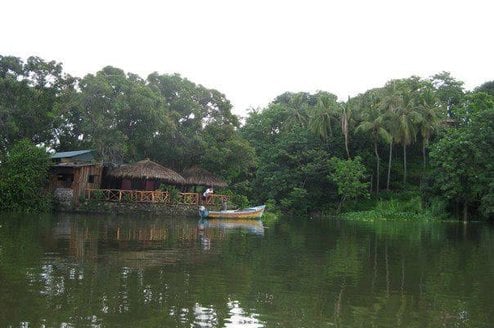 On the slopes of Volcán Mombacho there are several farming... 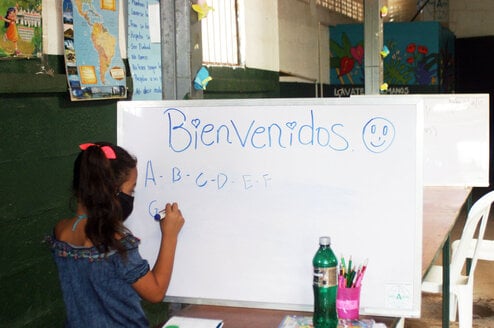 As a Communication and Promotion Assistant, your role is to help our... 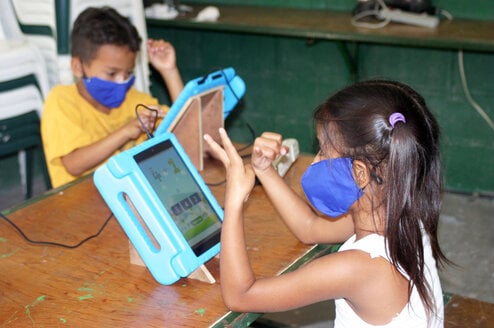 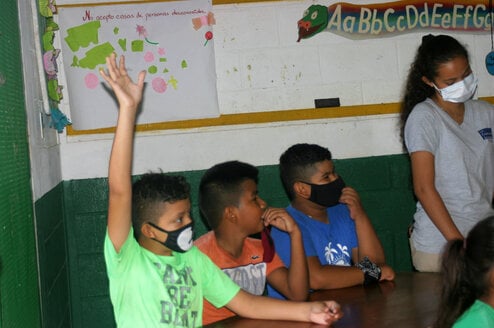 As a High School Assistant, you will provide additional support to...

Not enough options in Granada? Check out these programs in Managua!
Next  Prev 
Learning Center Assistant
10/10

I have just had an amazing month here in Nicaragua. I was volunteering with La Esperanza, Granada and it has been one of the best experiences of my life. I was teaching basic English to grades 4, 5...

"MUAHHHHHHH", screamed Kevin, a volunteer in our English team of four and suddenly, a non melodic, but extremely loud choir, consisting of our approximately 40 fourth class students, arose to scream...

When you begin this program, you start with a lot of hope. It is a really great idea after all. You will go and assist the teachers in some of the poorest schools in Granada. The only drawback is... 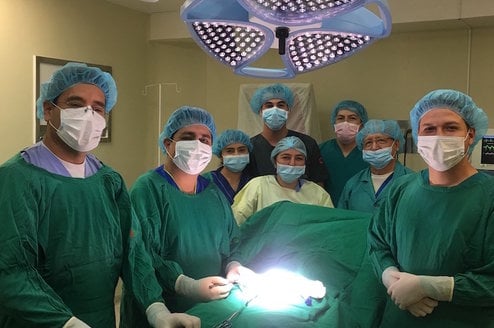 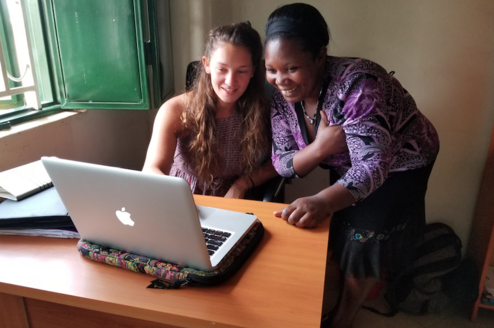 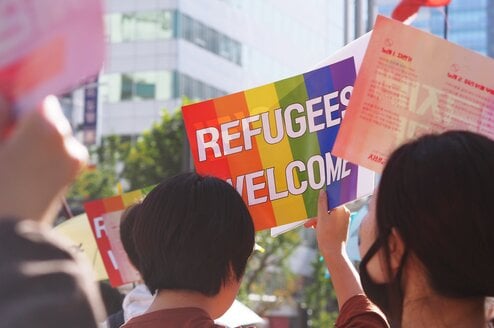