In order to provide chance, not charity, for the children and families that reside in the Meru District, we invite interested volunteers from all over the world to join our cause. TST works with the local community to create high impact and ethically responsible volunteer opportunities for those interested in affecting sustainable and long-lasting change. We are a completely humanitarian, non-denominational, registered nonprofit with one simple motive—to provide opportunity to the vulnerable children and families of Nkoaranga. Volunteering with TST will mean that you are part of a dedicated global network of people who truly want to make a difference! Childcare volunteers now have a minimum stay of four weeks, as it is too tough for the kids if there are many people in and out, building intense relations with them. Volunteers play an important role in education, playtime, and other caregiving situations with kids 3-6. 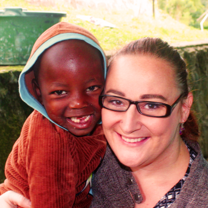 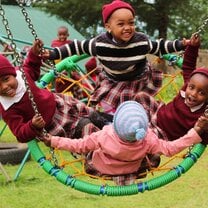 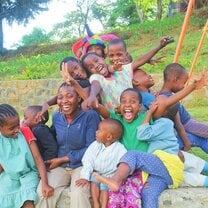 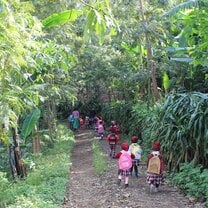 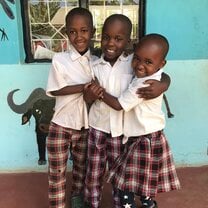 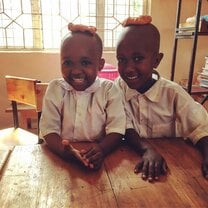 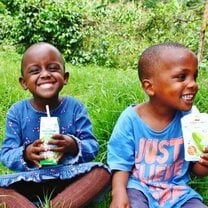 The daycare center is a preschool for the children of families in need, allowing parents to start and maintain businesses to get their families on a more stable financial footing without sacrificing their children's care. This high quality preschool will also give many of these children a head start in their education that they otherwise could never have received. The daycare helps to maintain and care for children's mental, emotional, and physical health as well. I'm so glad that I decided to work with TST for one month! The children were so greatful and loved the new songs we learned together. All of them have the trait to make one smile and they are so inquisitive! Everything new is great! They are all so happy and it was the best feeling to see, how TST gives them the opportunity to live on the best way they can do!
I had a great time and I really miss it!

This summer I volunteered at TST with my friend. We experienced so many aspects of the charity, and were able to spend a lot of time with the kids. The children were all delightful, and I already miss seeing them everyday. We really felt like valued members of the team, and that everything we were doing was worth while. I couldn’t think of a better way to spend my university holiday.
I couldn’t recommend it more highly 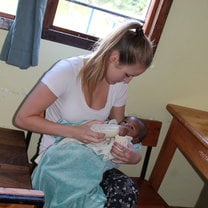 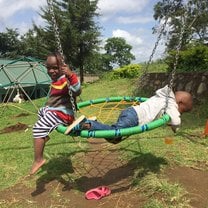 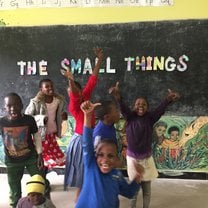 This summer I volunteered with TST for a month with my friend. Everyone at TST is so welcoming we were put straight at ease and fully immersed into everything the charity has to offer. The Happy Children's Village is full of laughter, joy and happiness and I will never forget all the amazing kids there.

It was such an amazing experience, and one that I will never forget. If you want to go volunteering, and go somewhere where you really will make a difference - choose TST!

Starting a day with melodious and wonderful voices of the children, smilefull faces of the mamas and all staff are the first things that pop into my mind when I remember my experience at TST. TST family is a loving, happy, caring and a great family to be a part of. It opened my eyes and my heart to reaching out and helping those in needs, showed me the importance of working as a team and the ripple effect of taking time out of our busy schedules to care for others.

What would you improve about this program?
Volunteers should get a sample itenary of different volunteering posts in a given period of time.
International Volunteers getting basic Swahili lessons no late than 3 days upon arrival at TST.
17 people found this review helpful.
Helpful  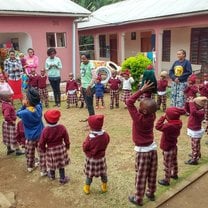 The day i arrived in Nkoaranga my grandad passed away. It was a very hard beginning for this kind of experience, that take you out of your comfort zone in every possible way, but this place it's just magic and those wordeful kids and people helped me so much to go on that i will be forever gratefull to them. The orphanage is a wordeful place to go volunteering, the kids will full your heart of pure love and joy, I promise! 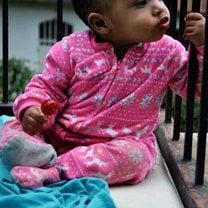 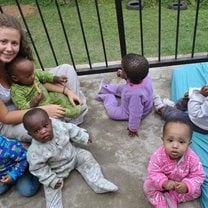 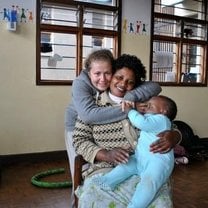 I absolutely loved my time volunteering for The Small Things! The children are beautiful, happy, and loving, and the staff is fantastic! The town of Nkoaranga is sweet and everyone is very friendly too. I would definitely recommend this trip. Tanzania is amazing! 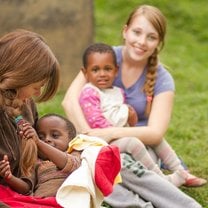 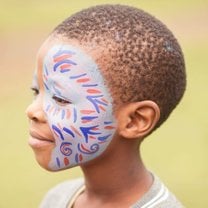 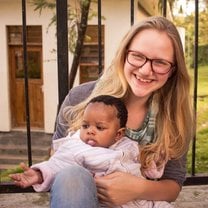 I think we all have personal reasons as to why why we embark on such journeys/adventures. For me it was about taking myself out of my comfort zone. And in the process i fell in love with a bunch of kids. I wouldn't say they were any difficulties as such, things can be a little frustrating but you learn a lot about your tolerance levels. The language barrier was an obvious one, but not insurmountable. One of my best experiences to date 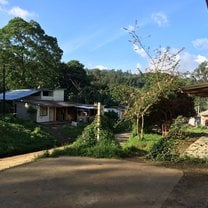 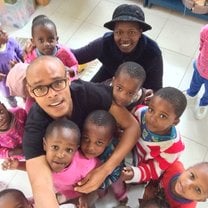 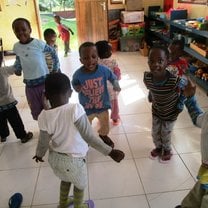 Changed my life. Beautiful people, beautiful village, beautiful compound, beautiful staff, beautiful Childeren. Your view on your first world life will change when working here. The small things will force an amazing experience. I highly recommend this orphange to anyone.

What would you improve about this program?
Nil
14 people found this review helpful.
Helpful  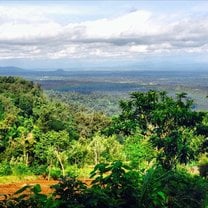 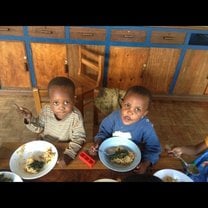 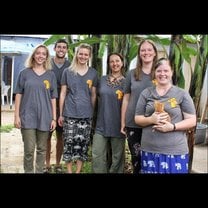 Program
Early Childhood Education Volunteer in Tanzania
Olivia Lessard is studying to be a Registered Nurse at Brigham Young University in Utah. She is from Northern California and loves camping, travelling, and summer. She volunteered with The Small Things in June-July 2013. Why did you decide to volunteer abroad with The Small Things in Tanzania?

I’ve wanted to volunteer in Africa since I can remember, and Tanzania is one of the most beautiful and stable countries there. I volunteered with The Small Things because I have a very close friend who is on the Board of Directors. When she said I could come, I felt like it was too good to be true!

Reaching my dream destination + getting to see my great friend + travelling with someone who knew the language and the culture + knowing I could trust the organization I’d volunteer with = how could I say no?!

Describe your day-to-day activities as a volunteer.

As a volunteer with The Small Things, you sign up once a week for the shifts you’ll work that week. (This can be changed if necessary and if coordinated with the other volunteers.) The shifts are either from 6-9, 9-12, 2-5, or 5-8. You usually sign up for about 9 shifts a week.

The first morning shift is early, but it’s fun to wake the kids up and help them bathe, dress their shivering bodies, and feed them breakfast. During the second morning shift, the “big kids” (4 and 5 year olds) go to “school” on the orphanage grounds Monday- Friday, where they learn little lessons and do little activities, so you get prime time with the babies and toddlers.

The afternoon shift is mostly just playing. We usually took the kids outside into the courtyard to get them some fresh air and fresh entertainment.

The night shift is my favorite;tucking those kids in tugs at your heartstrings and makes you forget any crimes they committed that day… Until you see the escaped toddlers come pouring out of their bedroom, little Houdini’s determined to test your patience and make you smile all at the same time. I miss that so much.

Arusha, a city in Tanzania, is nestled between Mount Kilimanjaro and Serengeti National Park among other reserves filled with wildlife.

The mission of The Small Things is to provide comprehensive assistance for orphaned or vulnerable children and their families in Nkoaranga, Tanzania, not only in moments of crisis, but with thoughtful and long term plans. Working with the local community, we aim to educate and assist our clients, primarily women and children, in becoming... END_OF_DOCUMENT_TOKEN_TO_BE_REPLACED 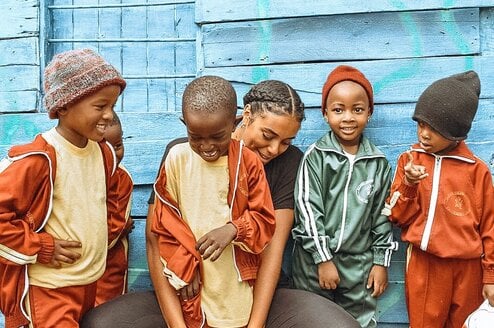 Most Affordable & Trusted Volunteer & Gap Year Programs in Tanzania from $270 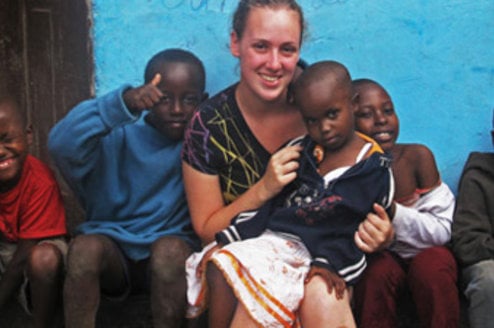 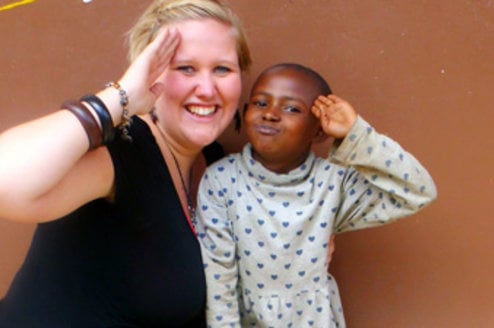 Volunteer in Tanzania | Most Affordable Projects Starting From $290

Tanzania
9.14 •14 reviews
Has Tanzania been there on your bucket list since forever? A...
View Program