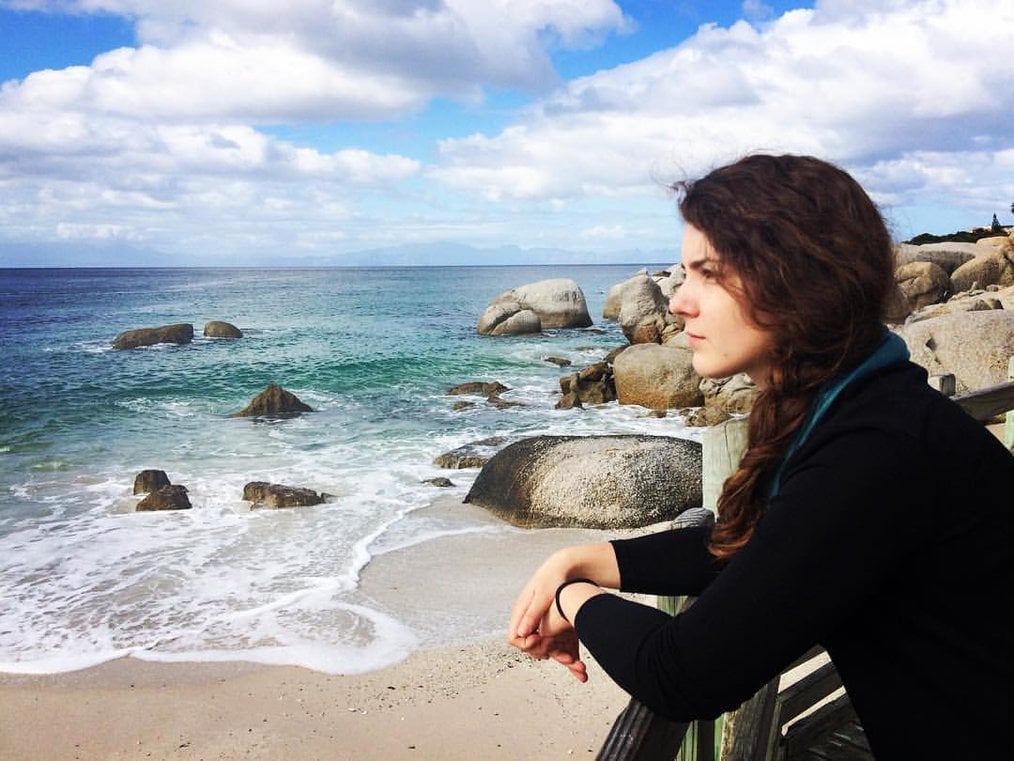 As a self-proclaimed independent adventure traveler with more than a decade of travel experience -- from first stepping outside the country at 18 to backpacking through Southeast Asia to traveling around while working in Africa -- I’ve done all kinds of trips: solo, with friends, on tours, with guides, and self-guided.

If you’re thinking about a big trip overseas and not sure about whether or not to do it as part of a group, on your own, or something in between, here’s the rundown on what the difference between guided, self-guided, and independent travel is and when to choose each type.

What is a "Guided Tour?" 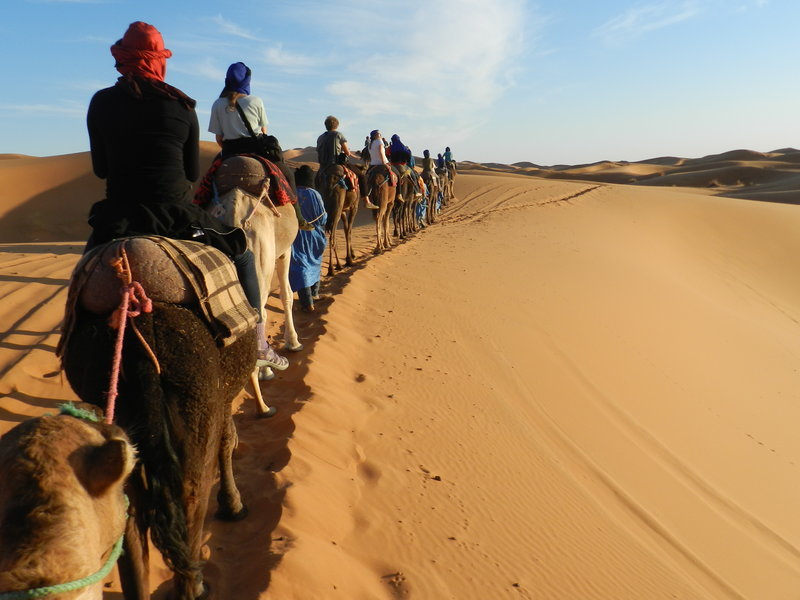 Guided tours are all generally all-inclusive group travel experiences led by a guide and following a specific itinerary. These types of tours are popular worldwide, and there are a wide variety of guided tours that cater to every age and budget. While many guided tours are geared at older travelers, there are also programs designed for young folks as well as family travel.

Guided group tours are convenient, include expert guides that provide interesting background information on every place you visit, and are generally an easy stress-free option. People who choose group tours enjoy the company of other travelers, as well as the local expertise of the guides.

Related: How to Decipher Tipping Etiquette on Tours Around the World

When to Choose a Guided Tour

Going on a guided tour is great if you are nervous about visiting somewhere for the first time. Having a guide is ideal for locations where you don’t speak the local language and especially for places well off the beaten path that may be difficult to access as an independent traveler, like Argentina or Zambia. If you want a deeper intellectual or historical understanding of a destination, a guided tour is definitely the way to go.

The convenience of these kinds of trips is a huge reason people choose guided tours. Coordinating all the logistics of your own trip from transportation to event tickets to finding good places to eat every day and finding the right places to stay and piecing together ferry schedules in other languages and carrying your luggage from the bus to taxi to hotel day after day -- it can be a hassle, especially if you’re not used to it. If you’re short on time, you may be able to fit more into your itinerary when it’s pre-arranged and handled by travel professionals.

Because the tour provider has negotiated a group rate for everything, you’re also (usually) getting access to better hotels and other activities than you would get for the same price as an individual.

One of the common downsides of a group tour is the feeling of being forced to do everything the group is doing. This is an aspect the independent traveler may find irritating after a few days of marching between hotels and museums. Good operators, however, are conscious of this and seek to balance group time with free time, snapshot moments, and organic experiences.

Related: What to Look for in an Ethical Tour Company

What is a "Self-Guided Tour?" A self-guided tour is one where the traveler has a route, information, and some amenities arranged by a company, but is responsible from getting between point A and B each day on their own. Self-guided tours do not include the support of a group or a hired guide, although sometimes self-guided tour operators organize accommodation, luggage transfers from starting point to final destination, or even basic maps and pointers for navigating the destination on one’s own.

Self-guided tours are best explained with examples. A popular example of a self-guided tour is the Annapurna Circuit trek in Nepal, done by thousands of travelers every year, most of whom are not professional trekkers. It’s a set trail through the Nepalese Himalayas, and all travelers seeking to do it must first apply for a permit. After that, each trekker receives official information about the trail, and recommendations on where to start and stop, where to sleep each night, where to acclimatize, etc. It’s hard to mess up -- there are even sherpas and guides along the way if a self-guided trekker changes his or her mind.

Another example is the difference between doing a one-day, self-drive safari in Kruger National Park and doing a guided, multi-day safari in Tanzania’s more remote Serengeti. Driving oneself along an explicit trail through a self-contained national park is different than signing up to be led across a vast plain of Africa according to a specific itinerary, which are both different from deciding to go bushwhacking by oneself through the grasslands of Kenya (uh, not advisable).

When to Choose a Self-Guided Tour

A self-guided tour is a good choice when there’s a popular established way of traveling through a specific region, like the Camino de Santiago in Spain. If you can follow a clear trail and there are other people doing the same thing, self-guiding is perfectly reasonable. It’s also going to be much more affordable than hiring a guide who, in these cases, will do nothing more than follow the signs you could have very well followed yourself.

Self-guided is an important distinction from independent travel. You wouldn’t want to just take a backpack and blaze your own trail through the Himalayas unless you were a very, very seasoned hiker. Most people aren’t, so opting for a self-guided tour experience is a safe way to have an adventure while not getting lost, stranded, or isolated.

What is Independent Travel? We all know the "independent traveler:" they're young, free, and wild -- traveling the world with nothing more than a backpack and the currency from their last destination.

When to Plan Independent Travel

Independent travel has distinct benefits: it’s cheaper, more flexible, and allows for a pace of travel that matches your travel preferences. If you're knowledgeable about the destination you want to visit (even if you've never traveled there), you may well be able to plan and execute the whole trip yourself. If you want flexibility to change your plans each day or have a lot of time in which to travel (weeks or months), independent travel may be the way to go.

Which Type of Travel is Right For You?

All in all, the type of trip you choose completely depends on your personality, budget, appetite for risk and adventure, and experience dealing with the travel grind. If you prefer to retain complete control of your trip, independent travel might be your style. If you want to visit a destination with a little help but still call most of the shots -- try a self-guided tour. If you decide that having a guide will make your experience better through convenience or helping you really immerse yourself in the culture, book a guided tour. In the end, the choice is entirely yours.

We are excited to announce that we've recently added guided and self-guided tours and trips to Go Overseas. If you're planning a trip and think self-guided or guided tours are right for you, head over to our new Tours & Trips page to start exploring the world.

This post was originally published in November 2017, and it was updated in June 2020.