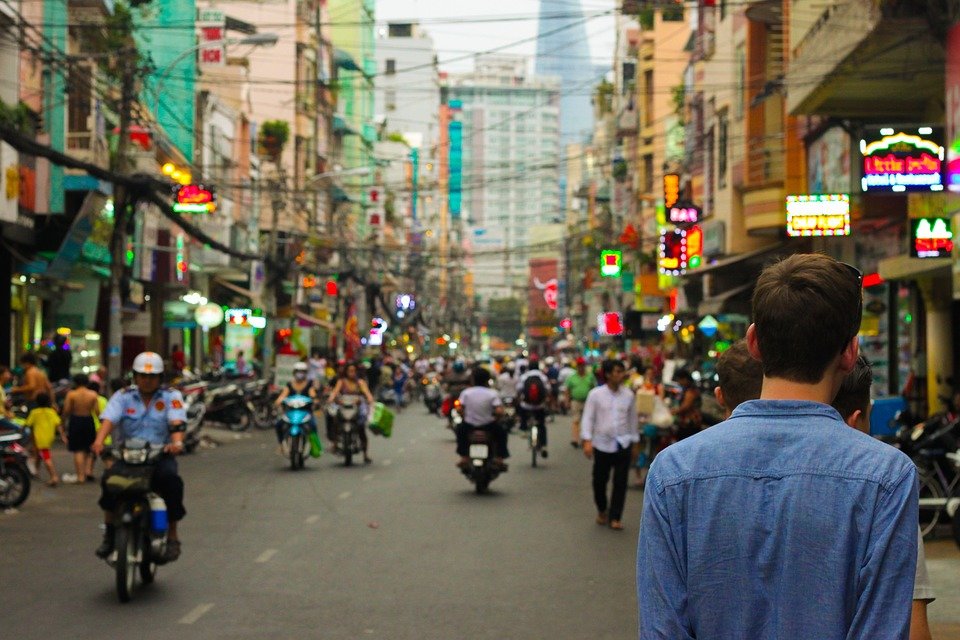 As an American, the idea of doing grad school abroad is a completely foreign notion. Why would I get my graduate degree abroad when there's so many amazing schools back home? While I've already talked at length about my reasons for getting my Master's abroad (financial and otherwise), with graduation rapidly approaching, I figured today I'll talk a bit about my personal experience getting my grad degree overseas, and what I've learned from the process.

Every overseas master's program is different. Some people choose to study in Europe or Australia (even in non-English speaking parts of Europe, upper level degrees are sometimes offered in English), others complete a degree in another language. For me, I decided on the University of Nottingham Ningbo China. This school is a British university with a campus in China. While the education system there is completely British, the campus itself is run in a very Chinese manner.

For me, attending a British university in China ended up being double the culture shock! I had to adapt to living in China, while also getting used to the British education system. At UNNC, 90% of the students are Chinese, but the professors all have an international background and conduct classes in accordance with the British education system. Because of this, many of my Chinese classmates had difficulty with the frequent in-class discussions and lengthy writing assignments while the international students were simultaneously struggling to order food in the cafeteria or obtain functioning internet in their dorms. It was a learning experience for everyone.

After twelve months of studying at a British university in China, I'm finally able to talk about what it's like doing a master's degree abroad and share with you what I wish I'd known before doing grad school in China.

I was NOT expecting the British education system to be so vastly different from that in America. Firstly, rather than letter grades, the British system grades students using the categories distinction, merit, pass, and fail. For UNNC Master's students, a distinction runs from 100-70, a merit is 70-60, a pass is 50-60 and a failing score falls below 50.

This may seem pretty straightforward, except for the fact that most arts degrees don't give out scores between 80-100. Many of my professors told me it was actually impossible to score above an 80. To wrap my head around this, I basically added +20 to all of my scores. A 75 was really a 95, and a distinction was really an A. I still can't think of any purpose behind this grading system aside from making everyone feel inadequate.

In my opinion, the American education system is also much more practical than the British system. I often felt like I was being prepared to go on for a PHD, when in reality I had no desire to further my studies beyond a Master's.

In my Digital and Creative Media class, we learned about the theories behind digital and creative media. Our "blog posts" were really academic forum posts, and my journalism class had me writing lengthy essays about journalistic theory. I often joked that the only thing I really learned was how to write long academic essays extremely quickly. I was a paper crankin' machine!

After studying in both the American and British education system, I learned that I am much more suited for the American education system. I was often disappointed in my classes, wishing for some real, hands-on experience. If I were to do it all over again, I might have chosen an American university abroad just because of this. However, I was a fan of the fact that British universities are much cheaper [ad] and I was able to get a master's in only one year!

UNNC is Run in a "Chinese" Manner 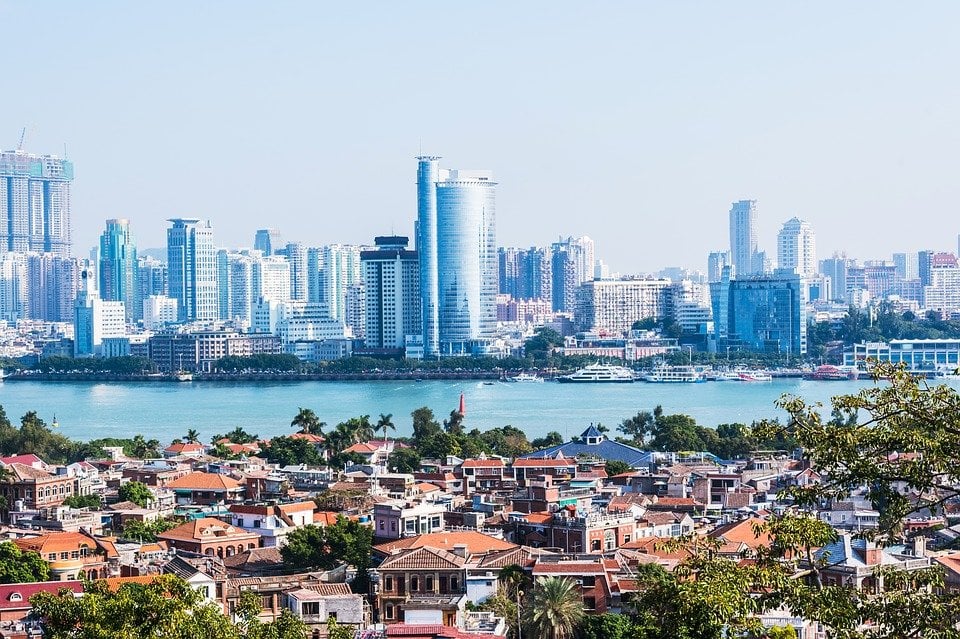 Coming to UNNC, I expected my university to be run in a very British style. I expected things to be efficient, logical, and well executed. However, when I arrived on campus, I immediately discovered my dorm, which I had already paid for, was occupied by a master's student from the previous year finishing up her dissertation. I was told that I needed to move into a different dorm for a month and wait for my room to open up. Wait.... What?!

The new dorm was exactly the same as the previous one I had requested except for the fact that this dorm didn't have a kitchen. I eventually decided to stay in the new dorm because I didn't want to go through the hassle of moving. Thankfully I was refunded some of the money since my new dorm was cheaper, but it was definitely a very shocking experience. Better yet, it happened to many other people in my dorm as well!

Eventually I learned that while the academic component of UNNC is run by the British university, the campus, dorms, and student centers are all exclusively managed by Chinese administration. While I was used to adapting to Chinese culture through my previous study abroad and work experiences in China, the fact that my supposedly "British" university was managed in a Chinese way was a big shocker for me.

None of the workers in any of the campus shops or restaurants spoke a word of English, the campus does not provide free internet for the student dorms, the gym was closed for half the year, and the library kicked us out at 10 pm. I often found myself getting annoyed at how "Chinese" the university was, since I had arrived under the expectation that my university would be British. It took me a while to adapt, but by the end of the year I learned to accept the Chinese nature of my university (except for the library hours, I'm still mad about that.)

The Best Conversations Happened Outside of Class

One similarity between the British and American education system is a strong emphasis on class participation, particularly in liberal arts classes. However, many of my fellow students coming from Chinese undergraduate programs had difficulty expressing themselves in class.

They were reluctant to talk about sensitive topics or voice their opinions in English. Since over 90% of my classmates were Chinese, this led to extremely awkward and forced class discussions. I often felt like I was the only one who was willing to say anything!

I eventually realized that the best class discussions happened outside of class. Many of my classmates who cowered in fear when called on in class were extremely vocal when the professor wasn't around. After class, I would frequently go to dinner with my Chinese classmates where we would discuss extremely sensitive topics like Tibet, the Dalai Lama, Tiananmen, the Hong Kong protests, marijuana, and sex outside of marriage.

I'd Make Friendships From All Over the Globe 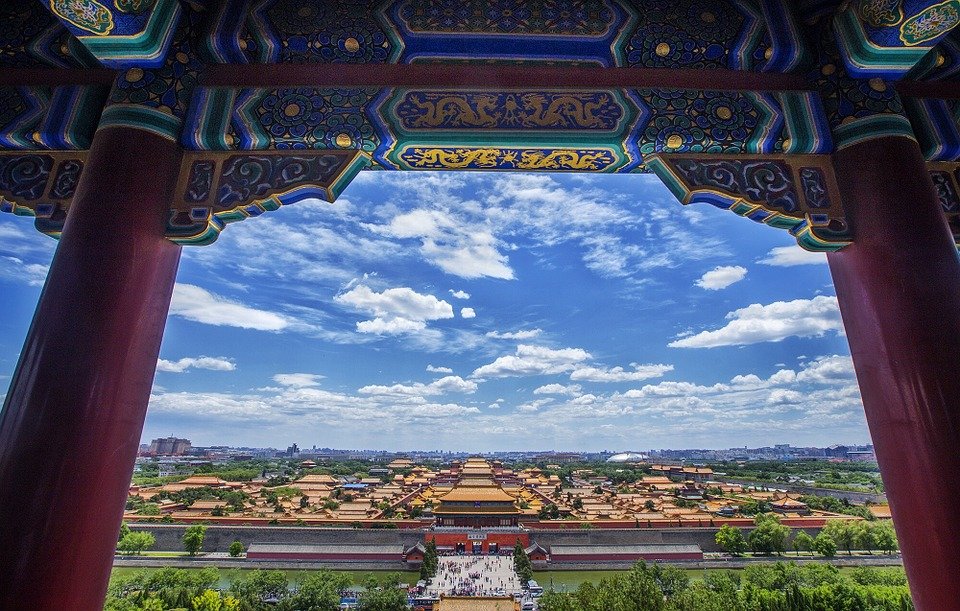 Studying in China gave me the opportunity not only to have Chinese friends, but also to make connections with people from all over the world. Studying at Nottingham gave me the opportunity to form friendships with people from Germany, Nigeria, Malaysia, Indonesia, Tanzania, Russia, Ukraine, UK, Pakistan and more! My year at UNNC was the first time in my life that the majority of my friends were not American.

Firstly, I had to make some basic adjustments. For example, I could no longer refer to the temperature in Fahrenheit, the distance in miles, or weight in pounds. While it might seem like a mild change, it was so difficult for me to start thinking of the temperature in Celsius that I had to change the weather app on my phone!

Having many international friends also allowed me to try different types of food from all over the world. I was shocked when my Nigerian friend told me that back home he eats soup with his hands. Soup with your hands?! After months of me teasing him, pretending to slurp soup from my fingers, he finally cooked me a homemade Nigerian meal. He taught me how to use bread to scoop up the soup, and inspired my newfound love for Nigerian food.

Having so many different nationalities altogether in one room was also an interesting experience for those of us who's political leaders never seem to agree. I often joked that only in China would you find Russians, Americans, and Ukrainians happily spending time together.

We usually didn't talk about the politics surrounding our three countries, but whenever I got a chance, I would talk to my Ukrainian friends about their feelings concerning Ukraine's political situation. One of my classmates was actually from Crimea, which now belongs to Russia! When I asked how she felt about becoming Russian, she said she didn't care as long as her family was safe.

Having friends who's home countries were torn apart by war or disease was a big wake up call for me. I couldn't imagine having my hometown literally switch countries while I spent a year abroad! I even met students who hadn't been home in four years because of the safety issues of their home countries.

These young students moved to China to create a better life for themselves and their families. I honestly can't imagine not being able to return home because my country is in turmoil, whether it's military action or the Ebola outbreak. My friends really helped me put my life in perspective, and I realized how privileged I truly am.

I Had to Actively Try to Make Local Friends

Before getting my master's abroad, I studied abroad and taught English in China. During those 1.5 years I spent in China, I consistently failed at creating deep friendships with local people. No matter how hard I tried, I couldn't get past the surface level. Even though I was conversationally fluent in Chinese, it wasn't good enough to create meaningful, lasting relationships.

Getting my grad degree abroad made it significantly easier for me to cultivate local friendships. I was surrounded by Chinese people who spoke English, and I had plenty of opportunities to meet Chinese people my age! However, it was still very difficult to develop friendships with Chinese students, mainly because UNNC segregates Chinese and international students by placing us in different dorms. Also, the Chinese students tended to stick together, preferring to speak Chinese outside of class.

After a few weeks of grad school I realized I needed to actively try to make local friends. I started asking my Chinese classmates to grab lunch with me after class. I joined student clubs and took salsa classes on Friday evenings. I was one of two international students in my school's audition-only hip-hop dance group, and I started going to salsa clubs on the weekends to meet Chinese people with similar hobbies and passions.

To form close bonds with local students, I really had to make an effort, especially since I was in a country where there was a large cultural gap. By the end of the year, about half my friends were Chinese, and I still keep in touch with many of them!

Overall, I think that attending grad school abroad was an invaluable experience for me. Not only was I able to obtain an affordable master's degree in one year, I learned so much about both British and Chinese culture. I challenged myself academically, pushed myself out of my comfort zone and made friendships that will last a lifetime!