Beach trip 45 minutes from my house - in November!

The view from my bedroom window

The shirt and a hat were a gift from my students...

Me on Chateau d'If near Marseille

Teach English in France! Are you ready to expand your cultural horizons and share your language and culture with French students? The Teaching Assistant Program in France offers you the opportunity to work in France for 7 months, teaching English to French students of all ages. Each year, nearly 1,200 American citizens and permanent residents teach in public schools across all regions of metropolitan France and in the overseas departments of French Guiana, Guadeloupe, Martinique and Reunion.

What Do Assistants Do?

Assistants are assigned a 12-hour per week teaching schedule that may be divided among up to three establishments. Classes are conducted in English. The teaching assistant may conduct all or part of a class, typically leading conversations in English. Duties may include serving as a resource person in conversation groups, providing small group tutorials, and giving talks related to American studies in English classes.

Can an non-American person apply?

To apply through TAPIF, you must be an American citizen or permanent resident. However, the program hires Assistants from 60 countries to teach 15 languages every year. See if your country is eligible here: http://www.ciep.fr/assistants-etrangers-france/pays-concern…

By Teaching Assistant Program in France on November 14, 2017

Can a non french speaker apply? And I'd it also applicable for a non-American, someone from other country?

By Teaching Assistant Program in France on November 14, 2017

Did anyone also nanny while they taught? Would that go against the visa rules?

I disagree with Justine. Many of the teaching assistants nanny, babysit, or tutor to supplement their income. As long as it does not prevent you from doing your job—ie. teaching as an English language assistant in a French school—you can certainly do so. Au pair jobs are not permitted, as this would interfere.

Where do you live, and about how much is it?

Hi Alannah-Lingo, I was just accepted into the program for the upcoming school year, so I hoped you could answer a housing-related question for me. I see that you mentioned that you lived in housing that was offered through your school. I'm fortunate enough that I have been offered the same housing arrangement through mine. Since I'll be away from home for quite a while, my sister and a couple of...

There are not enough words in the english dictionary to describe what a fantastic experience this was.

I was very nervous moving to a foreign country where I wasn't completely fluent in the language and where I didn't have any friends or family. After the initial nerves and making friends with another assistant on my flight, France was everything I had hoped it would be and more.

The very first night there, I managed to lock myself out of my temporary apartment building - in my pajamas! I was looking for my landlord's postbox so I could knock on his door and tell him the internet was down. Thankfully I remembered the passcode after a few tries and managed to get back to my room before anyone saw me and my blue bombers t-shirt.

Teaching was a completely new experience to me and while it's not something I see as a career for myself, it definitely scratched off one of the things on my 'things to try' list.

Plus the travel opportunities are extensive! You can take the OUIbus from Paris to Cologne one-way for less than 20 euros. I had a fantastic Christmas holiday in Germany and the Czech Republic for under 300 euros.

While I miss the travel opportunities and the baguettes, what I miss most of all is the friends I made while there. The assistant that I roomed with initially and met at the airport prior to leaving for France, has become a life-long friend. I couldn't have gotten through the first month without her.

What would you improve about this program?
The support system could be better and the forms we had to fill out and send in were hard to understand. If they could go over each form, how to fill it out and what to expect from the OFII appointment, it would save a lot of people from confusion. frustration and embarrassment.

The reason I gained 10lbs in France. So worth it.

Soaking your feet, with a view.

Galleries Lafayette, when they do Christmas - they DO Christmas.

When one thinks of France, the first thing that comes to mind isn't usually palm trees, beaches, the Amazon rainforest or volcanoes. And yet, through the program TAPIF, I have been able to encounter all of these things, while living in France. How can that be? Thanks to France's DOM-TOMs (départements et territoires d'autres mer), I have been able to explore different aspects of the French culture which are often overlooked and, in my opinion, highly underappreciated - not to mention the absolutely breathtaking scenery and nature.

Currently in my second round of the program, I am living in the city of Maripasoula in French Guiana, where my school is located one street over from the entrance to the Parc Amazonien de Guyane. I also live along the Maroni River, which serves as the border with Suriname. My first TAPIF experience was in 2013-2014 on the island of Réunion, in the Indian Ocean east of Madagascar. Unique in their own ways, each experience has allowed me to view a different permutation of French culture that is so often viewed as the ubiquitious image of a caricatured Paris (baguettes, cafés, cobblestone streets, la Tour Eiffel, etc.) . It has been fascinating to see how certain elements of French culture mix and morph to form identities that are so drastically different from metropolitan France, and yet, still 100% authentically French.

What would you improve about this program?
The majority of the difficulties I have faced as a language assistant have occurred after my contact with TAPIF. Meaning that after you receive your Arret de Nomination, you are essentially in the hands of le Rectorat/French government and have little contact with TAPIF from that point forward.

Nonetheless, one of the biggest and most recurring problems I have noticed among the language assistants has been with the "professeur référent", the person who serves as your first form of contact once you find out what school(s) you will be working at. Some are very responsive and very helpful at finding housing and helping you feel welcome, while others can be unresponsive and provide little assistance. I think that selecting an appropriate "professeur référent" is one of the most important elements of the placement process.

I was first introduced to the Teaching Assistant Program in Lyon, France when I was studying at the Political Science Institute in Lyon and wanted to make some money and gain a bit of teaching experience. I applied through the French Ministry of Education and was sent to a High School in rough banlieu (suburb) community. There was no training whatsoever, however, I quickly formed relationships with French teachers and designed lesson plans based on observing students interests and educative levels. The classrooms could be loud and unruly but I loved the challenge and gained great leadership skills.

The year after, I was sent to teach in two welfare Elementary schools in Ales, France. Again, the assistants received little training and were thrown into classrooms of all different shapes and sizes, but I quickly adapted and connected with the kids. I preferred working in Elementary schools because the younger generation had more enthusiasm and seemed to pick up English really quickly. I came back to the States with my bags full of kids drawings and letters and am still in contact with many of the French teachers. It's definitely not for everyone because of the little structure and low pay, but I found it to be a truly enriching experience.

What would you improve about this program?
Although the teaching English program is only 12 hours a week, I wish this job had more hours and better pay. It can be hard to find a job on the side and many people found it hard to earn enough money for room and board.
Read my full story

I had studied abroad in Grenoble during college and when I left, I knew I had to go back after graduation no matter what. I fortunately found out about being an English Teaching Assistant just weeks before graduation, applied and was accepted about a month later to teach elementary school students in a small town outside of Lyon called Vienne. It was AMAZING!! I had no idea what I was doing at first as I had no teaching experience but I love kids. I was amazed how much I learned about myself and what I could do when I put my mind to it. I even created small quizzes for my students so they could see how much they'd learned as well. In addition to the challenges and benefits of teaching, I made life-long friends. The woman who was assigned to be my contact person in town is now my "French Mom" who I keep in touch with still, 10 years later, and who I know will be in my life forever. There were other assistants in the same town who I still talk to as well. One other American and I made a pact while there to only speak French together so that we could immerse ourselves as best as possible. We still only speak French together! While we didn't get paid all that much to teach there, the experience I had and the relationships I made are things I would never take back. It truly shaped me and made me into the person I am today!

Program
Teach English with TAPIF in France
Justine D'Souza credits an interest in foreign language and culture to growing up with immigrant parents in a homogeneous Jersey suburb. After graduating from college, she interned in Washington DC, went to France to teach English, came back to America to teach French, and currently works for a New York city not for profit. 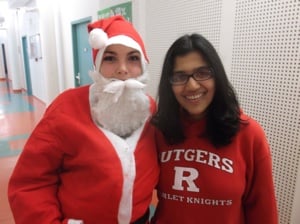 I chose TAPIF because it would enhance my French fluency while giving me the opportunity to teach English to a population whose native language I'd understand.

I tell them that it is an excellent but challenging endeavor. (And perhaps it is excellent because it is challenging!) Living abroad is irreplaceable among all other experiences.

Meet as many natives as possible, and always be willing to learn from them.

What should prospective travelers know about going to France?

1. It's good to know some conversational French beforehand. 2. The sights and foods are incredible. 3. It is a myth that all French people hate America.

Teach English in France! Are you ready to expand your cultural horizons and share your language and culture with French students? The Teaching Assistant Program in France offers you the opportunity to work in France for 7 to 9 months, teaching English to French students of all ages. Each year, nearly 1,500 American citizens and permanent residents... 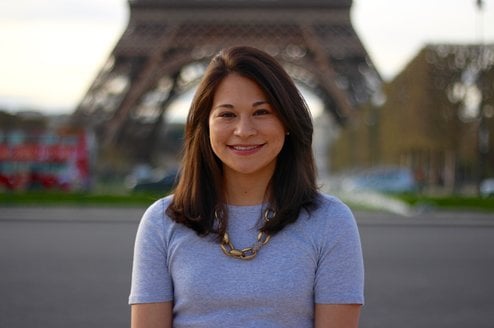 Save to Wishlist
2
InterExchange

Tutor for a host family in France

A great way to immerse yourself into French culture with the comfort... 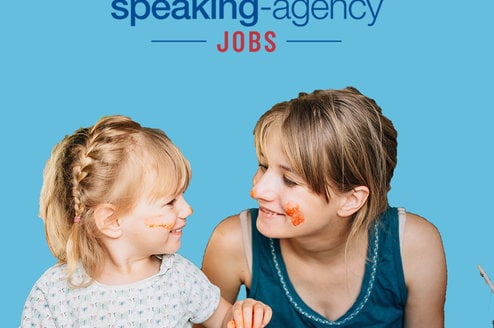 Find an English speaking Babysitting Job in France! Share your... 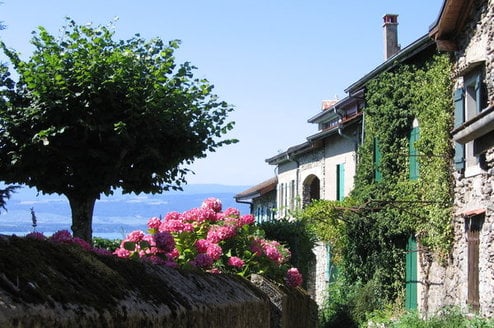 Save to Wishlist
Culture Lingua

Please get in touch through our website if you have any questions or...