Teaching Program
Without a basic education, children have few or no prospects are many drawn to life on the streets in local towns. Some of these children find work on farms or as casual laborers, but this is invariably very low paid and unreliable work. Others resort to petty theft in order to survive. To have good prospects in life, children need good education from an early age and continuing through secondary school or vocational training.

Our program combines teaching small kids in pre-school level and also with other children/youth in secondary level vocational training.

1) Pre-School: The school is providing free care and education for disadvantaged children between the ages of 3 and 6 years. Most of the children come from one parent homes, are orphans, or are from child-headed households. There are about 50 children being provided education and also food each day.

This program has been paused and is currently not being offered. View more programs from A Broader View Volunteers Corp. 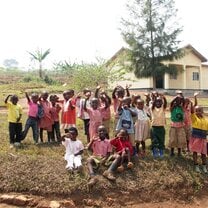 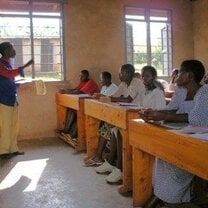 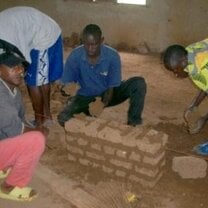 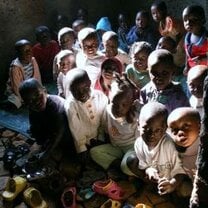 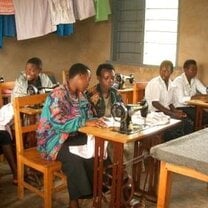 2) Vocational / Secondary: The center offers schooling and boarding facilities for poor and disadvantaged teens and youth in the community. There are dormitories for boys and girls, and typically 80 full time students at any time. Subject focus: Tailoring, mechanics, welding and construction. As well as vocational training, subjects taught include English and French lessons, and social education (HIV/AIDS and other health issues, hygiene and nutrition) Volunteers would focus on improving English of the students (16-21yrs old) through assisting with or teaching the English syllabus.

Volunteers are needed to lead classes, or assist the teachers in the class room. Volunteers can focus on individual children, or small groups to provide special attention and added support particularly in English lessons. Volunteers may also help develop skills of teaching staff in English language and computing.

I highly recommend this program to everyone. Rwanda in itself is the most beautiful country I can imagine, both in terms of landscaping and most of all, the people. Innocent, the on-site coordinator for this project, met me at the airport and immediately made me feel extremely welcomed. All of the leaders of this program are caring, respectful, fun, and kind. I still keep in touch with everyone I met in Rwanda, and consider them dear friends for life. I am even currently looking into returning after I graduate in May so that I may help run the school. Whether or not this happens, it is a testimony to how much this experience impacted my life.

On an average day I would wake up to the sound of children laughing and sun streaming through my window. After some morning porridge and listening to the Rwandan national anthem at morning assemble, my teaching day would begin. The school day was very long, from about 7:30 am to 5 pm, but there was a break for morning tea and a two hour lunch break so this helped greatly. I taught English, Reading and Writing, and Mathematics to some beautiful (and sometimes naughty!) first and second graders. The children are eager to learn and value education greatly, and this made every moment rewarding. During my lunch break I would catch up on grading or lesson planning, enjoy the company of the other teachers, or play with the children outdoors. Then back to teaching until evening assemble when the majority of the children go home, except for about a dozen boarding students. At this point, it was time for fetching some water, my favorite part of the day. I would grab my jerry cans and make the breath taking walk down to the watering hole, the social gathering place, as the sun was setting golden in the sky. Then I took a little personal time before supper, which was eaten around 7 or 8 pm. After supper pretty much everyone goes to bed because it is dark outside and we must wake up early the next day. On weekends, I usually went into Rwamagana, the nearest town, and went to some internet cafes to email friends or go to the market to buy food and socialize. Within two weeks of being in Rwanda, I couldn't go anywhere without running into someone I knew. Even the language barrier didn't prevent friendships, partly because many people know a little English, and partly because I knew a little Kinyarwanda.

As a side note for people worried about safety, I never felt even a little unsafe in this country. I walked around by myself and talked to total strangers all the time and didn't bother taking my malaria pills after the first week seeing like one mosquito the whole time I was there. Not everyone will feel exactly like I do, and I am not suggesting that anyone not take health or safety precautions, but I would say just don't let any kind of safety factor deter you from visiting Rwanda.

What would you improve about this program?
It was sometimes difficult to teach with so few resources. I did not realize at the time that I went that this elementary school did not even have something like crayons. I'm saying this because I wish I would have known so that I could have brought more resources with me. I also found it frustrating to just jump into teaching students without knowing what they had previously studied. Overall, I felt unprepared and that I could have been more effective in my time there had I been more briefed about the situation I was going into.

Program
Volunteer Rwanda Teaching and Vocational Training Programs
Melissa is a criminal defense attorney from New York City who loves to travel. She was in Rwamagana, Rwanda for 3 weeks.

Highlights: One Saturday, Innocent took me to Jambo beach, about an hour away and we sat by the water and enjoyed beers and lunch next to a beautiful lake.

I was in Rwanda for the International Woman's Day and Innocent brought me to a small community in the east where the women had gotten together and built a home for an older woman in the community and we were there for the celebration, which was pretty fantastic. 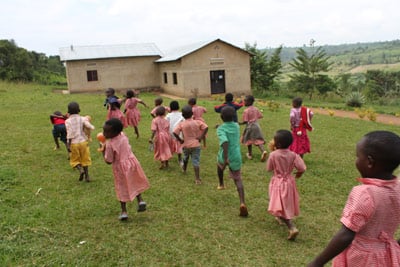 Morning: I lived with a family in a small farm compound, within an umudugdu just outside of town. There was no electricity or running water. I woke every morning around 5 and washed in a small room, using a bucket and a jerry can. Afterwards, I would join David, my host, for some African tea and bread for breakfast and the we would set out to the school where he was head master and I was volunteering. We walked through the fields to the main road and hopped on a "taxi" which was actually a crowded dalla dalla, then walked a kilometer through the fields to the school.

Afternoon: I mostly played with the 3, 4 and 5 year olds - I taught them follow the leader and duck duck goose and we spent some time inside, practicing writing numbers and letters. The kids were young and most of them were poor and I just really enjoyed giving them lots of attention. There was also a trade school for teens on the premises, and I talked with them a bit - they were very curious about me and the United States and my hair!

Everywhere I went, people wanted to touch my hair and would stare and point and say mzungu (which is a Swahili word for white person) and the giggle when I would wave or come over and say hi.

After school, we walked back to the road to catch a taxi and often, I stopped at the Dereva hotel, which was the only hotel in town that had cold drinks and wifi, so I cold relax and catch up with friends. Sometimes, I would go with the project director, Innocent, to the headquarters or drive around the eastern province.

Evening: Dinner with David and his family, usually cabbage, beans and ugali by lamplight. Then I would play with some of the kids who lived on the farm - taking photos, playing videos and amazing them with my iPhone!
David and I played checkers by torchlight some nights and we would listen to the radio and talk.

I made friends with a volunteer from Germany who was in Rwamagana for a couple of years, so he and I went out for dinner once or twice and that was fun, too.

A Broader View Volunteers is a registered 501c(3) nonprofit charity located in the USA. Our organization was founded in 2007 and is based in Pennsylvania. Our charity # is 26-0594308, you can fundraise for the cost of the trip in our website and all your donors can get a tax deduction. Our 245 social & conservation projects are arranged for... END_OF_DOCUMENT_TOKEN_TO_BE_REPLACED 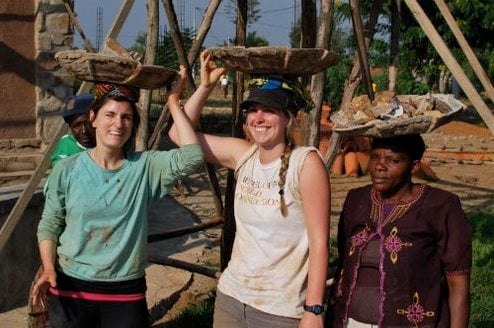 Rwanda
8.14 •7 reviews
Volunteer with DWC in Rwanda to make a difference in the lives of...
View Program 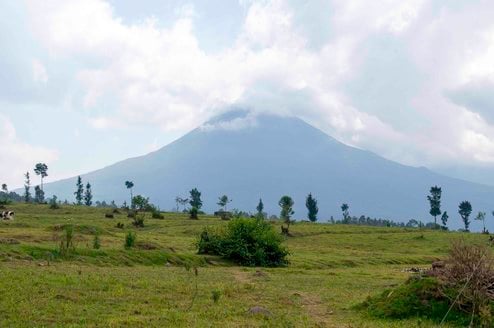 Rwanda
8.33 •3 reviews
Volunteers will be working for SACOLA on a number of different tasks...
View Program 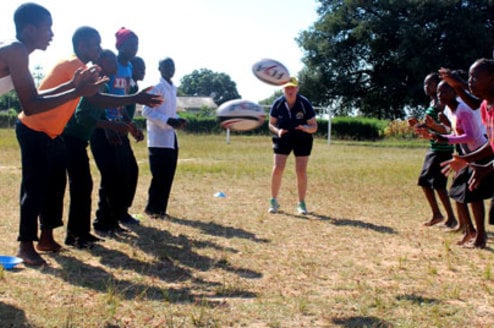 Multiple Countries
9.00 •6 reviews
After a hugely successful 2014 project in which we worked with 46...
View Program