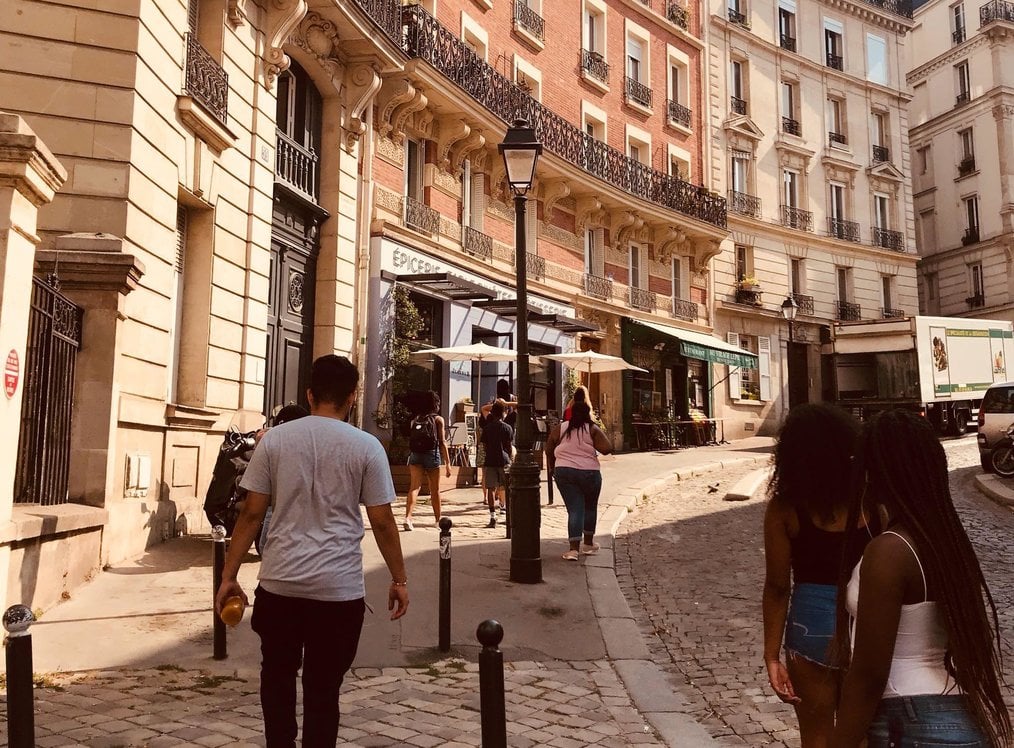 Photo by Wildine, The International Experiment in Living France Alum

Whether at home or studying abroad, our phones are in our daily lives -- we're constantly on them checking social media, taking selfies, or actually communicating through phone calls and text messages (that’s what they’re really for, right?).

How will you ever be able to Snapchat from the top of the Eiffel Tower?!

Of course, things get complicated when you head to Europe to study abroad and suddenly that Verizon signal doesn’t have bars anymore. How will you ever be able to Snapchat from the top of the Eiffel Tower?!

Not to fear -- this guide to cell phone plans for study abroad students in Europe will help you get back on track to your world of telephone technology (but we’re hoping you’ll use it more to call your new international friends instead!). Here’s a step-by-step Q&A to help you find the best cell phone plan for study abroad students in Europe and get you chatting ASAP:

Q: What cell phone plans are the best for study abroad students in Europe?

Essentially, there are two main types of cell phone plans you can get while studying in Europe:

These SIMs are pay-by-use, meaning you can put on as much money as you’d like, and each time a text or phone call is made, the rate per minute will be deducted from that amount. Usually, these services will send you a text message after you have made a call or text telling you how much your balance is after the deduction.

There are different ways to recharge your phone when you run out of credit. The English Vodafone site (which is one of the more popular carriers in Europe, the UK in particular) has a good explanation of how you can top up your credit, but generally it's done in a store, on the web, at an ATM, or through text.

These plans are more similar to the ones you're used to having at home. Instead of paying as you go, each month, you have a certain fee that will need to be paid to get a package of a certain amount of internet, minutes, and text messages.

If you have a smartphone and need a plan that includes data, this plan will probably be more appealing and have better rates. For example: In Italy, TIM has a package for those under thirty called TIM Young, which is 9 Euros a month and includes unlimited internet and 1,000 text messages a month. When the month is up, all you have to do is go recharge it with 9 Euros, and you will be set.

In fact, with these plans, you can also allow it to charge your credit card monthly -- and it will be almost exactly like at home with no worries at all! I would recommend this if you’re traveling a lot, because nothing is worse than being out of reach and unable to recharge your phone when needed.

Q: Why can't I use my own phone abroad? Don’t they have international plans?

This is one of the most popular questions about international phone plans. Unfortunately, the answer is pretty glum: yes, there are international plans, but they're unreasonably expensive -- especially for long term travel. In the States, large companies drive costs up with unnecessary carrier fees and other additional charges, making this a terrible option for study abroad students on a budget.

Though most of the world has agreed on the first method of service called GSM (Global System for Mobiles) which relies on a certain frequency to operate, the US and Canada are a bit more confined by mostly using CDMA (or Code Division Multiple Access) on another frequency. This means if your phone doesn’t have a little slot on the side where you can put a microchip, you more than likely have a CDMA phone which cannot be used abroad.

Yes, most phones do have plans for abroad, but the roaming fees are ludicrous and you or your parents will not be happy. There are other better and less expensive options.

Yes, or you can unlock your current phone or buy an already unlocked phone. Do note, if you have an iPhone, unlocking it will void the warranty -- so this isn't our most suggested option (especially if you're only studying abroad for a summer or semester).

Amazon sells a huge variety of affordable, unlocked smartphones, like the Android 4.2 ($78 USD) or the Samsung Galaxy S Duos ($130 USD). Unlocked cell phones are also hugely helpful for post-study abroad travel, since you can use them anywhere you can get a SIM card.

Alternatively, you can buy a cheap, basic model once you're in Europe for around $40. If you’re looking for a smartphone that’s as fast as your normal phone at home, just be willing to pay a bit more. For example, I bought my Sony Xperia from a friend for 100 Euros. But as long as it is able to hold a SIM Card, you'll be all set. 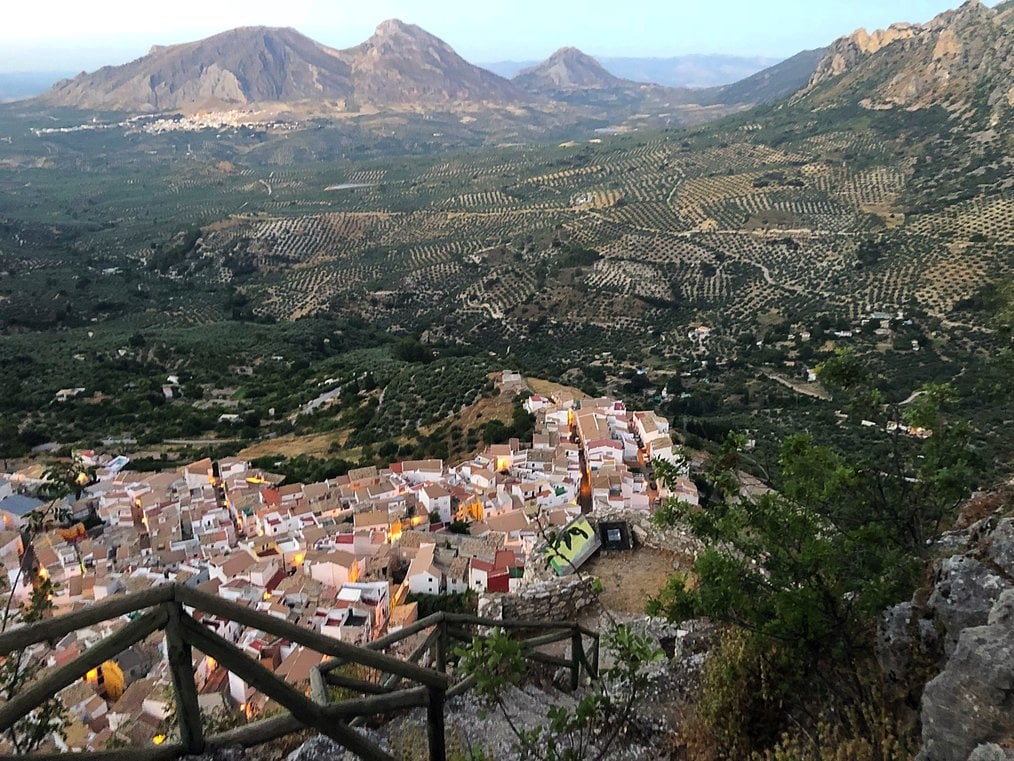 A SIM card (Subscriber Identity Module) is the microchip I mentioned earlier that slides into the slot on the side (or sometimes under the battery) of your phone.

It contains the phone number you will use, and, essentially, is the thing that will connect your phone to the network of your choice. This little chip is responsible for your phone service and can be purchased once you’re in Europe from any mobile phone store.

All international airports will have a kiosk at the arrivals gate -- meaning, you can pick one up as soon as you land, or purchase SIM cards for use while traveling if you go to another country during your study abroad.

When you sign up for a cell phone plan in Europe (usually a pay-as-you-go plan), you'll have the option to just buy a SIM card, or to purchase a SIM card and a phone. If you already have an unlocked phone, getting that SIM card should only cost you a few Euros.

Q: I saw American companies selling SIM cards from Europe. Is it a good idea to buy one?

The simple answer is no. Though many companies have popped up claiming to be able to take care of your SIM card for you (and have their websites conveniently in English), most are simply middle-men that can get in the way if you’re having issues with your phone while abroad.

You don’t have to be nervous about doing this process abroad! In main city centers, most phone companies are used to working with foreigners and many speak English. Then, you will be able to deal directly with the company if there is a problem. No third party problems needed.

Q: What kind of SIM do I need?

This is where the questions start getting tricky. Unlike the US, Europe has more than just a few carriers -- and some are specifically for particular countries.

There are two main types of cell phone plans you can get while studying in Europe.

Of course, you can simply go with the most popular and what is recommended, but we have found a new-fangled website that may help you out. Sensorly.com is an app designed to showcase what carriers are best in a certain area and where signals are strongest throughout the city or country. With the help of individuals downloading the app onto their phone, this is an interactive and community project that helps get everyone the best service.

Before your departure, check your destination through this app to see what carrier has the best signals in where you’re going.

You see?! You were nervous but you didn’t have to be! Though this is new territory for most going overseas, it is actually preferable once you get the hang of it (and your parents will be perfectly happy with a much smaller phone bill).

Regardless if you have a pre-touch-screen blackberry, a T-9 dinosaur (I swear they aren’t that bad), or another iPhone with a Euro SIM card, you’ll feel much more comfortable being connected while abroad. And you'll feel great when you can give out those Euro digits to newfound friends – no US country code attached (which, by the way, is +1).