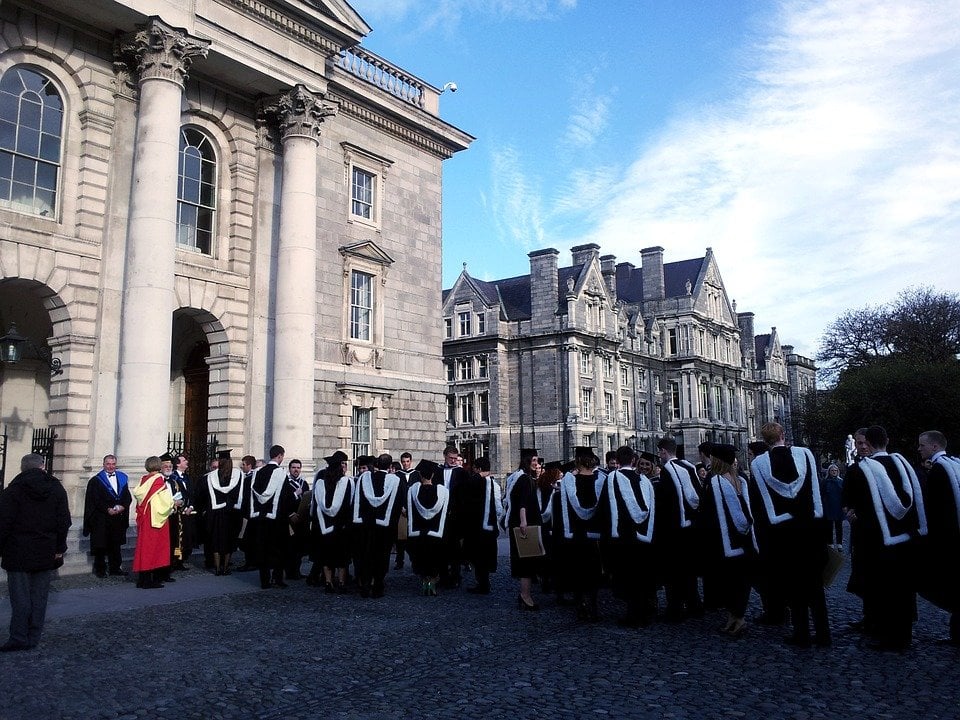 Graduate school is an important step in your education and there are many options to consider. Do you pick a school close to home or go out-of-state? What about a graduate degree abroad? As someone who has earned Masters degrees in the US and Ireland, I can confidently say there are both pros and cons to earning a Masters or PhD abroad.

Thousands of US students go overseas to earn their graduate degrees every year. For these individuals, the pros of studying abroad far outweigh any potential cons. But what are the benefits of studying at a foreign university? Below I'll walk you through some of things you have to gain as well as the realities and points to take into consideration when deciding if going abroad for a Masters or PhD is right for you.

Pro: Your Degree will be at Lower Cost

Graduate school in the U.S. can cost you a pretty penny. While you can save money attending an in-state university, the fact of the matter is that you will likely rack up debt in the process.

According to the Pew Research Center, in 2019, U.S. students collectively held around 1.5 trillion dollars in loans. Roughly one-fifth of college graduates with student loan debt work more than one job and report higher levels of financial insecurity. If these statistics have you reconsidering graduate study, thankfully, there is an alternative.

Before deciding to pursue a graduate degree abroad, I looked at Masters of Public Health degrees within close proximity of my then home in Baltimore, MD. The price tags were shocking. Johns Hopkins University, a private university, would run me just over $67,000 for an 11-month program, while University of Maryland, Baltimore, a public university where I would receive in-state tuition, cost around $34,500 for 18 months. Even with the conversion rate, University College Dublin's Master of Public Health was around $20,800.

After being accepted, I received an unexpected scholarship of €3,000 for having attended a University of Maryland system school for my first Masters, which is part of the Universitas 21 Alumni Scholarship program. This brought my total tuition cost down to around $17,300. Attending graduate school overseas saved me roughly $17,200 vs. University of Maryland, Baltimore and a staggering $49,700 when compared with the cost of Johns Hopkins.

There are many low-cost, high quality graduate programs overseas. In some countries like Norway, you can study anything from Biology to Dance Studies for free (no, that's not a typo!). Other countries with free or low tuition programs in English include: 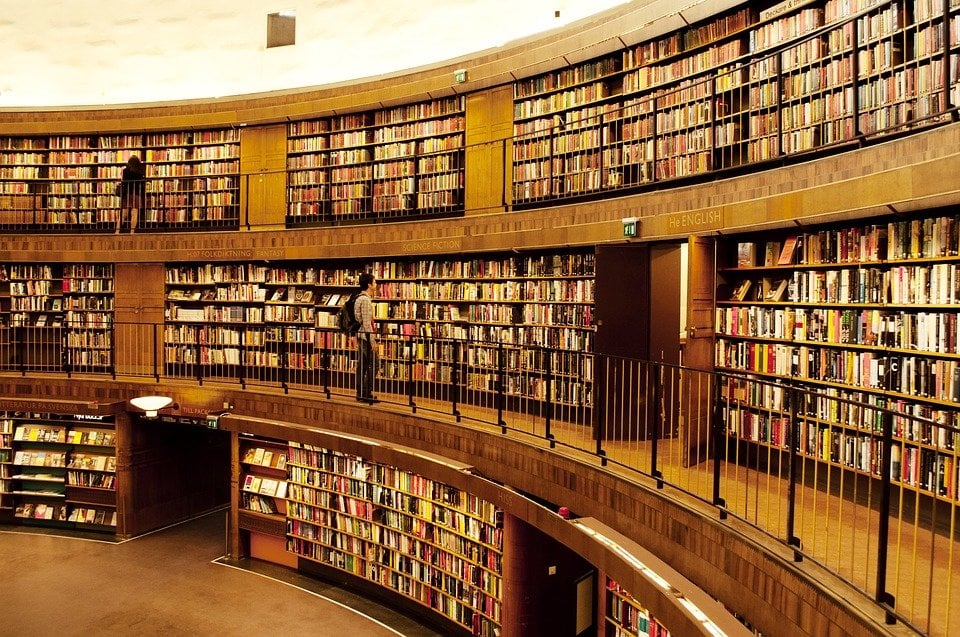 You may find yourself paying nearly the same amount in a country with free tuition as a university in the U.S. when factoring in cost of living.

Although consumer prices in Uppsala, a popular Swedish university town, are on average 29% lower than New York City, you'll still find yourself paying over $800 for a one bedroom apartment in the city center. Comparatively, while tuition is free in Iceland, students are advised to budget at least $1,700 per month for housing, food, and fun money (a beer can cost you $10!) if attending university in Reykjavik. Considering the rigorousness of graduate study and the language barrier that may exist, working during your studies could prove difficult, if not impossible.

While attending grad school in Dublin, I experienced Ireland's rising cost of living firsthand. My Masters program was overall cheaper than an in-state university in the U.S. and shorter in duration, but I was paying €550 for a room in a house shared with three other people outside of the city center -- in addition to other living expenses. I had a job at the university for 10 hours a week but at €11 an hour, I could not support myself without borrowing extra student loan money.

Pro: You'll Have a Perfect Opportunity for Language Learning

Likely you're attending graduate school to improve your job prospects. You may also want to work in the country where you attend grad school, or elsewhere abroad, after graduation.

Living in a non-English speaking country presents unique opportunities to learn the local language. Aside from personal enrichment, a second or third language is an invaluable addition to your CV. Universities tend to offer free or reduced language courses for international students even if they are studying a graduate degree in English.

My university in Ireland offered free Irish language courses to all students. While Irish doesn't prove very useful outside of the country, it is an interesting way to learn about Irish history and culture, and could be vitally important for graduates in certain professional fields. Check with your university to explore the available opportunities. 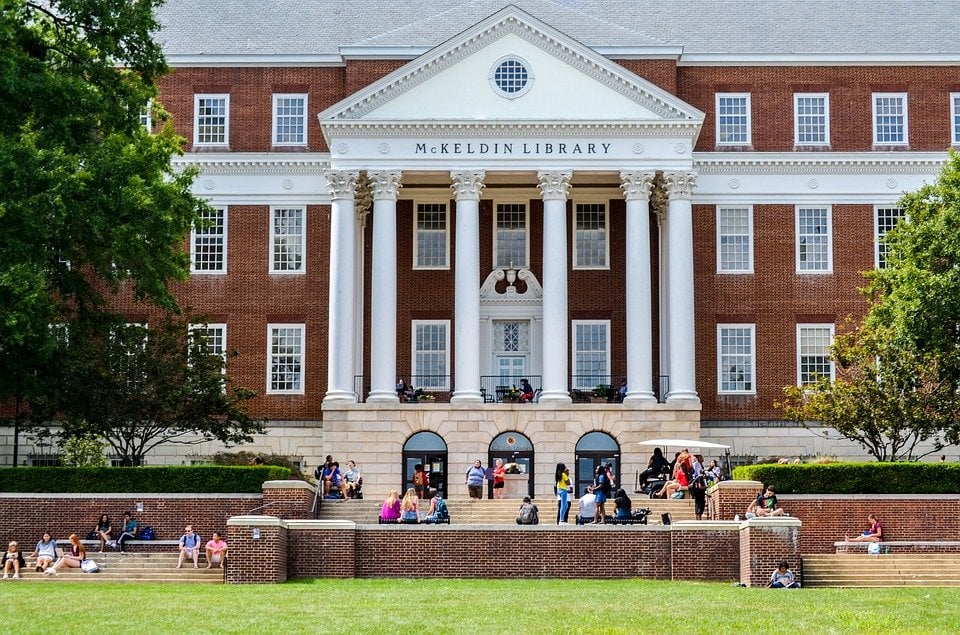 A language barrier can be a hindrance when searching for jobs abroad while in grad school or after graduation.

Most student jobs lie within the hospitality and retail fields. If studying overseas, you may face difficulties securing part-time work if you don't have basic proficiency in the language. English is certainly an international tongue but will not help you when you must interact with the locals. Studying your future home's language before moving there can help you navigate everyday pleasantries and may be sufficient for certain jobs. However, you might be out of luck when pursuing employment that requires a more specialized vocabulary.

Check with your campus' career development center to find out about any on-campus opportunities for English speakers. They might also have leads for outside gigs as well. If all else fails, consider advertising yourself as a tutor for basic or academic English both at the university and in your city/town.

Networking proves to be both a con and a pro depending on your end goal. If studying subjects such as international business, international health, or tourism, getting a graduate degree abroad lets you live the international part of your credentials. During my studies at University College Dublin, both faculty and visiting lecturers brought experience and ties to the Health Service Executive (essentially the Irish Centers for Disease Control), the UK's National Health Service, Doctors Without Borders, and other international non-governmental organizations (NGOs).

Aside from making connections with local experts and faculty, your classmates are invaluable when it comes to networking. My Masters class in Ireland was leaps and bounds more diverse than my program in the US. My fellow students came from India, Tanzania, Mexico, the U.K., the U.S., Uganda, and of course Ireland. They held advanced degrees in Dentistry, Medicine, Nursing, Nutrition, and Social Sciences. Making friends with these talented individuals opened many doors across the globe for me.

Furthermore, depending on the country, visas exist to allow you to stay and work legally following the completion of your studies. In Ireland, a stamp 1G visa, specifically for non-E.U. graduates, allows you to stay two years after receipt of your graduate degree to seek work. International work experience is sure to set you apart from the pack.

Con: You'll Miss Out on Networking in Home Country 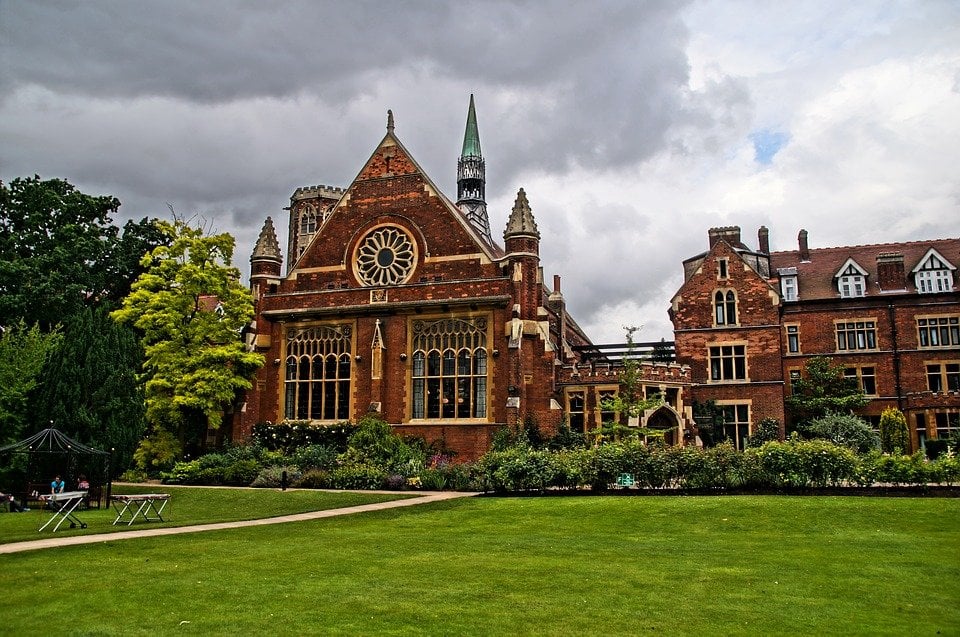 If planning to return to your home country to work, studying abroad could mean missing out on local networking. In a competitive job market, 'who you know' is often as important as 'what you know.'

Attending grad school abroad allowed me to connect with numerous professionals in the public health field, although those contacts were mostly limited to Ireland. If I had planned to return to the U.S. for employment, I would have missed out on easy access to local professionals who could have acted as references or even given me insider info about job opportunities.

If your interests or career goals are hyper-local (i.e. development projects in Baltimore or Detroit), it may be more beneficial to study at a university in or near that specific city in order to engage with community leaders and local stakeholders. Overseas programs can certainly offer alternative ways of looking at problems within a field, however, for certain areas of studies, networking is the most important part of getting ahead.

Grad school is challenging in itself but when undertaken overseas, you'll find yourself constantly testing your limits. Not only will you face a different style of teaching than you're used to, but living in another country with another culture will take some getting used to. If this sounds scary, consider how much you will grow after these experiences.

During my Masters program at University College Dublin, I found that students were expected to have a much greater sense of autonomy and ownership of their studies. In some classes, we didn't receive a syllabus. Study guides were unheard of. At times I felt like I was floating by with no direction. But rather than being defeated by this perceived lack of guidance, I learned to be more organized and engaged in my own learning.

This lesson did not just benefit me in the classroom. Outside of the university I became more proactive as well. Doing a Masters in Ireland taught me firsthand that studying abroad will show you how resilient and resourceful you can be in the face of uncharted waters. 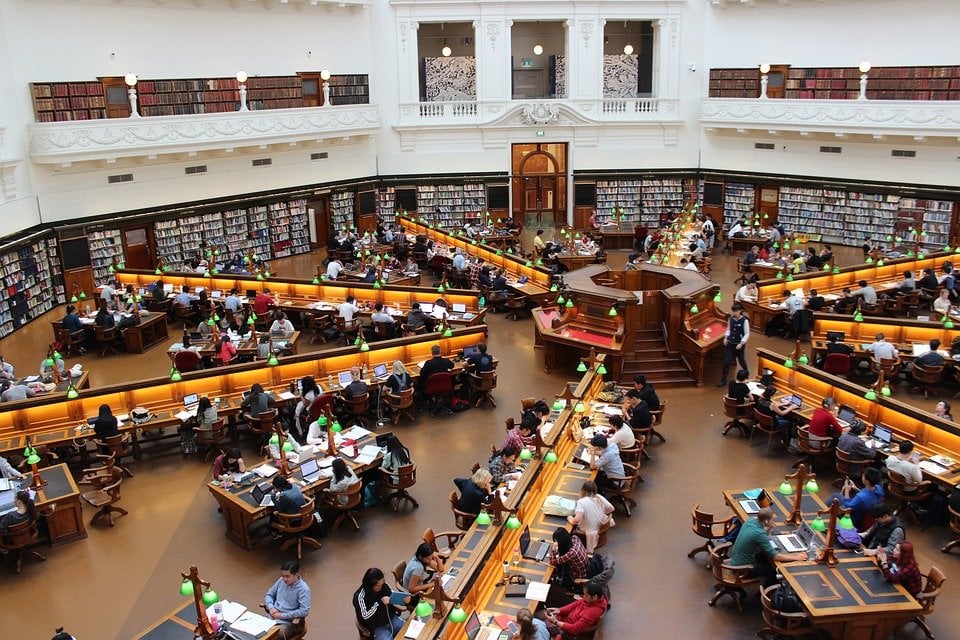 A day after landing in Dublin, faced with a horrendous housing market and feeling alone, I found myself curled up in the fetal position on my hostel bed questioning my decision to attend grad school in a foreign country. Now I consider myself very adaptable; I had traveled before, lived in Madrid for nearly a year where I knew no one initially, but in that moment, I felt overwhelmingly homesick.

This dreaded condition can strike the unassuming at any time and can hit hard. Attending grad school abroad and setting up a new life from scratch is as stressful as it is exciting. Being away from familiar surroundings can be difficult but the good thing about homesickness is that it's temporary. By pushing through those initial unpleasant feelings, you are sure to reap the rewards.

If returning to the U.S. after earning your grad degree overseas, your credentials may not be immediately recognized. Overseas degrees in fields such as nursing, medicine, and education require lengthy verification in the U.S. by individual accrediting bodies. For example, social work degrees earned abroad are subject to internal review by the Council of Social Work Education.

Private employers may also require credential verification which essentially validates your foreign degree. There is no one official organization to perform this service. World Education Services is widely used and can provide degree verification, course equivalency, and authentication for fees ranging from $100-$145. Evaluation of professional licensing or certification can cost you up to $205.

If pursuing a highly specialized degree program abroad, make sure that your degree will be recognized in the US should you plan on returning to work. Some degrees, such as the Master of Laws (LLM), are not accredited at all and require additional schooling at a US institution to be eligible for licensure.

Earning a graduate degree abroad is an exciting journey but requires proper planning. If you determine that this route is right for you after weighing the pros and cons, make sure to do your research before selecting the perfect course of study. Once the wheels of your graduate education are in motion, you are guaranteed a wild and seriously fulfilling ride!

This post was originally published in February 2012, and was updated in September 2018 and June 2020.