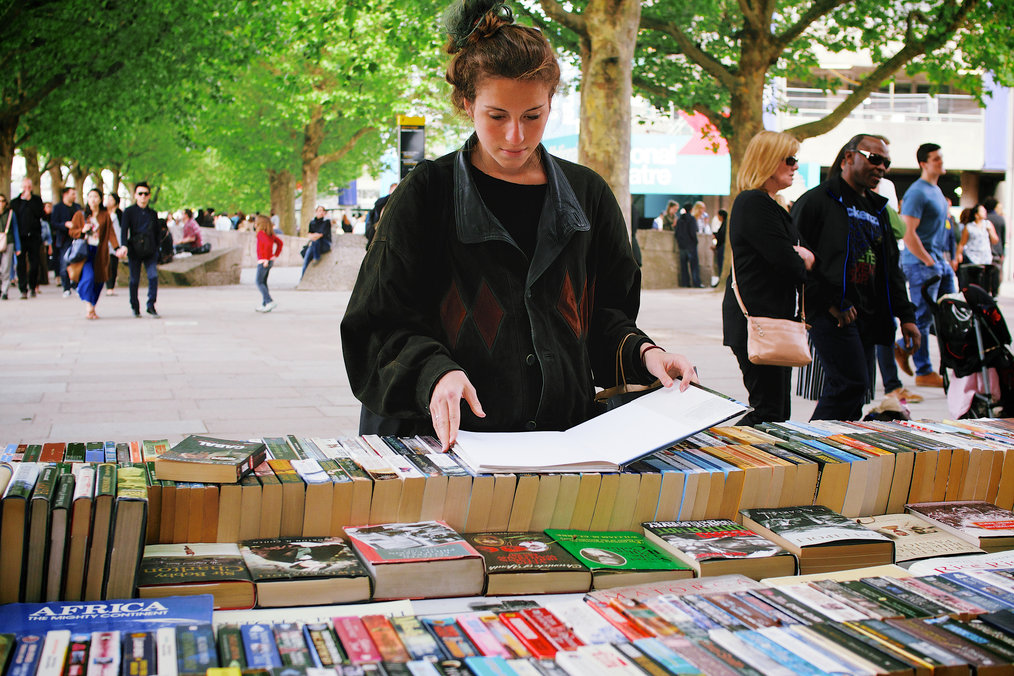 For US students seeking a study abroad experience without having to face a language barrier, both England and Ireland may seem like ideal locations. Both countries have plenty of world-renowned universities and are known for their quality of education.

So how do you choose between Ireland and England? Despite their geographic proximity, England and Ireland have some distinct differences in culture, lifestyle, and university options that you will want to take into consideration when deciding which country to study in. Read on to learn about the important differences between each country to determine which one is your perfect study abroad destination.

Your Choice: England or Ireland?

As one of the most global and accessible countries, plenty of students flock to England each semester to study abroad. England presents some of the most diverse and wide-spread academic options, so it is a perfect location for someone with unique interests who may not be able to find their area of study elsewhere. Studying in London will provide you with a worldly experience, not just one of a single particular culture, so it's a great place for someone who really wants to expand their horizons. That being said, you will absolutely become accustomed to England's own unique culture, especially if you want to study in a college town or a city other than London.

Ireland is known as one of the most beautiful countries in the world with some of the friendliest people. With its breathtaking natural landscapes and vibrant history, this small European county has become a popular study abroad destination, and similarly to England, you will absolutely find many other students studying there. Because of Ireland's natural beauty, it's an ideal location for students who want to spend time in the outdoors and countryside. The major cities in Ireland tend to be smaller and more manageable than those in England. It's also an ideal location for students who really want to get to know the locals, as the friendliness of the Irish will no doubt wear off on you. 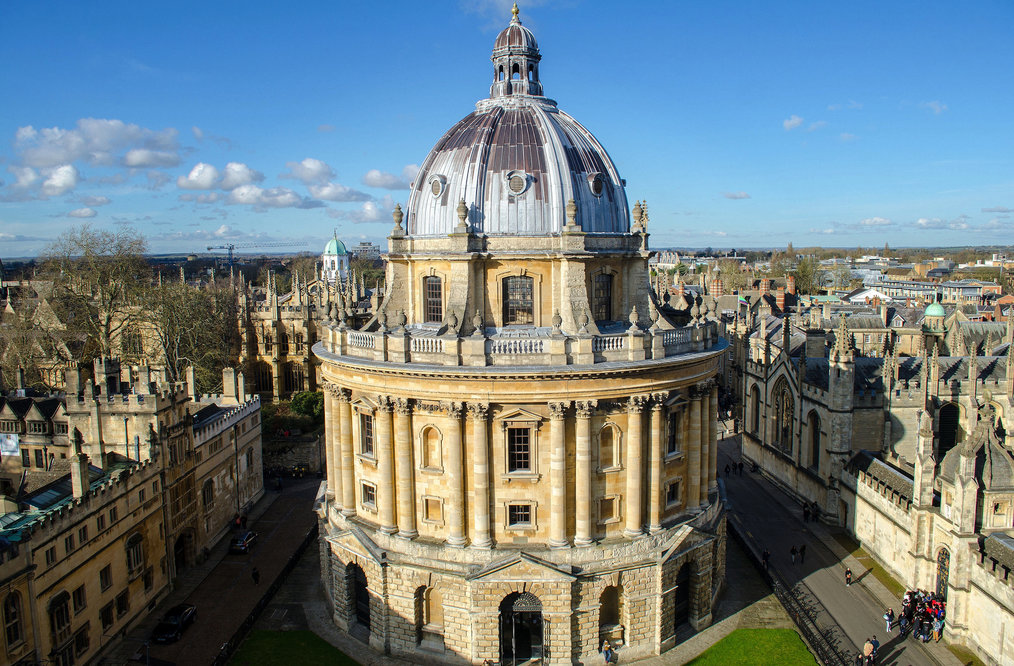 London has 43 universities within its city limits, the most of any European city, covering all subject areas, from math and sciences, humanities, business, and arts and fashion, so no matter what you're interested in studying, you'll find an academic program that suits you.

If you are interested in interning or conducting research while studying abroad, London is an ideal destination as students can easily find these types of opportunities more so than in other cities. As an extremely international city, you will not feel like an outsider being an international student in London.

These towns located outside of London are home to two of the most prestigious schools in the world. Enrolling in Oxford or Cambridge are both excellent options for students interested in studying in a small university town, rather than a big city like London, and are looking for a top-notch education and up for the academic challenge that these schools will present.

Nearly a quarter of the University of Oxford's student population is international students, so you will fit right in as a foreigner. At Oxford, every student is accepted into a specific community or college, with its own dorms, campus, traditions, and a student union that hosts social activities, so this will be a great place for you to meet new people. Cambridge is known for its beautiful campus and architecture.

Manchester is often perceived as the “capital” of the north of England, and often deemed the “best student city”. This young and vibrant city is also known for its influence on the histories of industry and music, and for its love of soccer (known as football across the pond).

The University of Manchester is a great school for students interested in studying arts and history, not just because of its academic programs, but also because the city is full of historical and cultural sites for an immersive and hands-on learning experience.

Dublin is a great study abroad destination for someone who wants to experience the lifestyle, diversity, and culture of a city, but prefers a more manageable city that's not as large as London or other major European cities.

A common study abroad destination, thousands of students come to study in Dublin every year because of the history, the music, and the architecture. A benefit of studying in Dublin is that students are unlikely to experience culture shock here as the language, culture, and habits are not too far off from American ones and there are tons of expats living there. Additionally, most study abroad programs and universities have fantastic support networks for international students.

Ireland’s second most populous city, Cork, is located in the country’s southwest region situated on the River Lee. A busy seaport, this city has no shortage of international arts, cafes, restaurants, markets, and boutiques.

At the University in Cork, many Irish students and professors have also studied/taught abroad, so most are more than willing to help international students adjust. There are also plenty of opportunities to get involved in social life in Cork. The Cork City Pub Crawl is a very popular student event and students at Cork also love watching sports and going to various types of sporting events.

Located on the west coast of Ireland, Galway is the third largest city in the country. Though it has a busy downtown, Galway still retains its medieval charm and is very pedestrian friendly. Dubbed the "festival capital of Ireland," Galway is home to many cultural events and festivals that take place at all different times of the year.

A popular study abroad destination, The National University of Ireland, Galway showcases modern and historic architecture, houses 50 sports clubs and 110 active societies, and international students make up about 13% of the population. 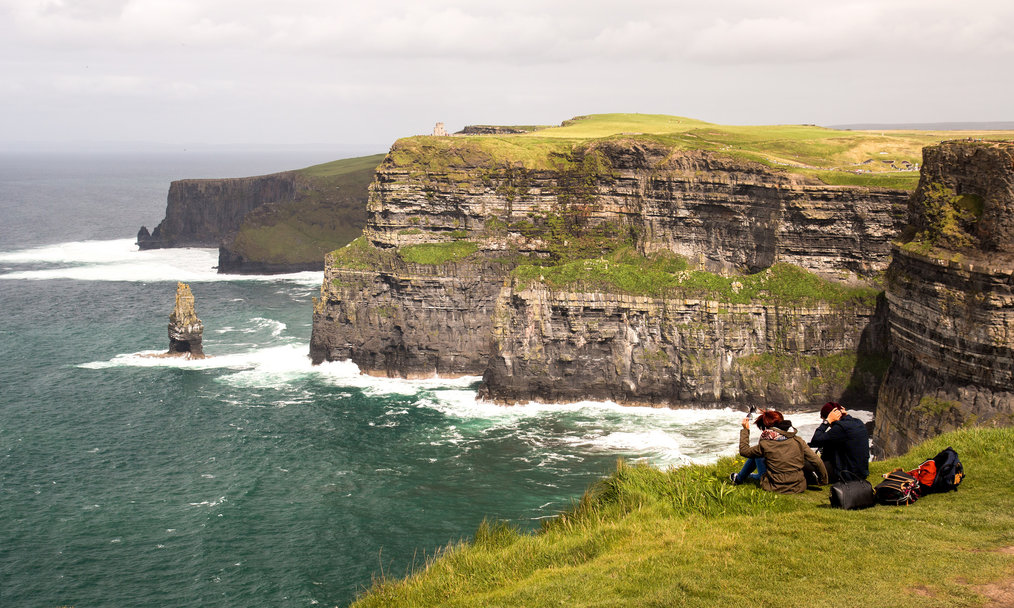 Even though studying abroad in England won't present a language barrier like studying in other European countries would, international students are often surprised to find how different British culture is than American culture. For starters, the classes in England can sometimes feel more challenging to American students as students in England are expected to demonstrate their knowledge in just one paper or exam at the end of the semester. That being said, the depth of academic options in England, particularly in London, really doesn't compare to anywhere else in the world.

If you study abroad in England, you'll find that football (American soccer) is the British way of life. England is home to over 40,000 football clubs, and the sport is worshiped throughout the county, so you should expect to find yourself watching matches in pubs and even some in person. Another way of life in England: curry. Although England is not particularly known for their cuisine, it is known for its variety of curry dishes, which you'll find served in restaurants and homes throughout the country.

England is also known for its contributions to literature (Shakespeare, Dickens, JK Rowling), cinema (James Bond, Harry Potter), and music (The Beatles, Rolling Stones), so if any of these topics interest you, you will be in the perfect place to learn some history and find out the latest hits.

The Brits tend to be an overly polite people, but, at the same time, they are infamous for their dry and sarcastic humor. These dispositions may take a bit of getting used to for foreigners, but you'll learn to not be offended by their biting humor and join in on their comedic sense.

Similarly to England, American students who study abroad in Ireland often don't expect to find too many cultural differences because of the similarity in languages. However, the Emerald Isle has its own distinct culture and history, which makes it a popular study abroad destination, even though it has only 20 universities in the whole country, spread out across ten different cities. While Ireland may not present quite the diversity of academic options that England does, academics and student life are a huge part of the Irish culture, and the country is home to world-renowned schools with excellent academic programs, particularly in English, Literature, Technology, and History.

Ireland is known for its warmth and hospitality, as well as the friendliness of its people, which makes studying here a truly delightful experience. You will want to get to know your Irish classmates and professors, and other locals, as they will always be interested in conversing and lending a hand.

Because of Ireland's magnificent landscapes, this is a country in which you will want to spend some time exploring the outdoors, even if you are studying in a bigger city like Dublin. There will likely be opportunities through your study abroad program or university to take excursions into Ireland's small, quaint towns, and green, lush countrysides.

Speaking of green, Ireland is of course known for its huge celebration of St. Patrick's Day, which you can't miss if you are studying there during the Springtime. However, St. Patty's Day is not the only time of the year you'll find yourself indulging in a pint, as pub culture and Ireland's own Guinness beer are huge parts of the Irish lifestyle. 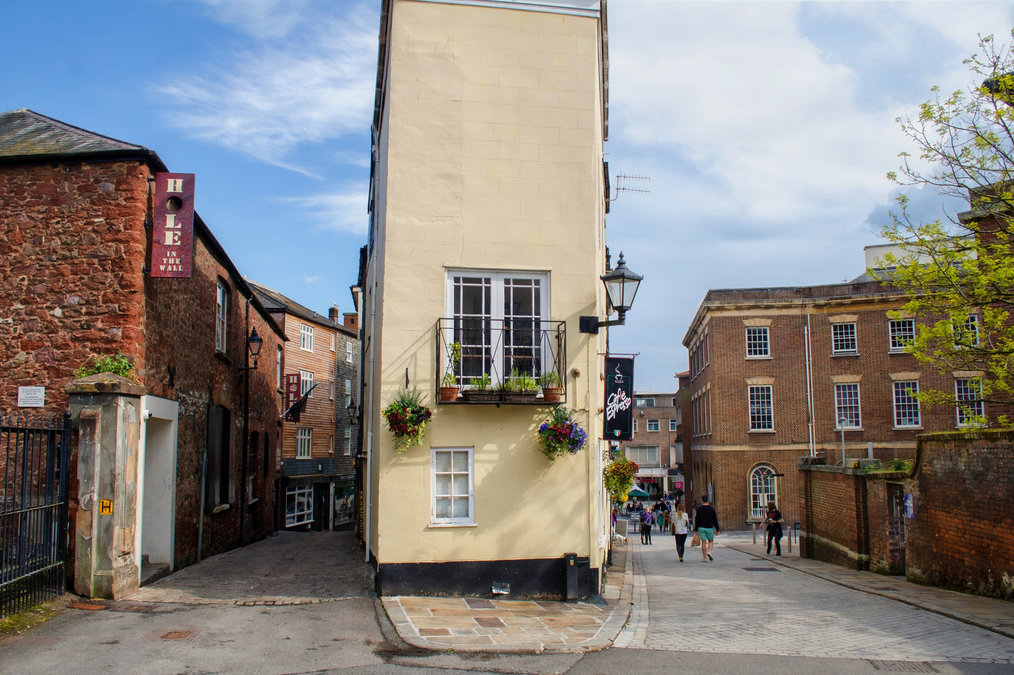 Both England and Ireland are pretty expensive study abroad destinations, especially compared to the rest of Europe.

Studying in Ireland is considered to be slightly more reasonably priced than studying abroad at comparable schools in England, but your study abroad costs will depend on a number of factors, mainly the university or third-party program you choose, and if your home university has a direct exchange relationship with your abroad university.

Pssst! Interested in studying abroad in Ireland? Check out these scholarships that are available now through December 6th, 2020!

Aside from your program/university costs, your daily living expenses in either England or Ireland will be a bit steep. However, it's definitely possible to stay on a budget by being smart and taking advantage of discounts and free opportunities. By shopping locally and at discounted grocers, and cooking meals for yourself, you can save a significant amount of food. Also take advantage of student discounts on transportation costs, as well as student discounts or sometimes free entry into music and theater venues, museums, and other entertainment activities.

Overall, you shouldn't base your decision of whether to study in England or Ireland too much on cost, as the countries are similar in terms of cost of living. Rather, when comparing costs, you should compare specific programs you are interested in, in each country. Be sure to take into account other important factors that distinguish these countries from one another, such as universities, specific areas of study, culture, and lifestyle, when making your decision of where to study.

Related: How to Study Abroad in England -- on a Budget

England vs. Ireland: Programs to Inspire

To help you start narrowing down between whether you want to study in Ireland or England, take a look at some of these popular programs that Go Overseas community members rate highly:

In the end, both England and Ireland are great study abroad destinations -- that's why they are so popular! Whether you opt for a semester exploring Ireland or city-hopping on your weekends in England, both will be an opportunity for unforgettable experiences. In case you're unable to decide, don't forget that there are several low-cost airlines that can allow you to take weekend flights between Ireland and England at affordable prices -- you can truly experience the best of both during your time studying abroad.