Remember that feeling the first time you watched Indiana Jones and the Temple of Doom? That sense of the exotic as he walked through the lush jungle of India. The awe inspiring temples. You probably cringed at the thought of eating monkey brain, but couldn’t decide if you would be actually willing to try it. That wonder and excitement still exists, and it’s in Asia. And it’s even better than you imagined. The entire continent is the closest a Westerner can get to another planet, with landscapes that simply don’t exist anywhere else in the world, cultures and languages so different that it takes months to grow accustomed to them.

And luckily, it’s one of the most popular places on Earth to spend a gap year. Young people from all over the world flock to this corner of the globe to learn, travel, party, and grow, creating the most intricate culture of backpacking and hostel life on the planet. This culture interweaves perfectly with the local. One minute, you can be hopelessly lost in a Hanoi street corner as motorcycles zip past in traffic patterns more appropriate during a mass evacuation than every day life. The next, you can be back at the hostel, enjoying a beer with a few expats and talking about baseball. It may seem like another planet sometimes, but it’s the kind of other planet that makes you wish you could travel the stars.

They used to say America was the land of opportunity, but that title really belongs to Asia. As the largest continent, with the most people, with every climate from snow tipped mountain to white-sand beach, Asia has an opportunity to do just about everything.

The most popular way to see Asia for a year is, surprisingly, to simply backpack. The gorgeous jungles and relaxing beaches are huge draws. Currency exchange rates are so favorable to Western nations that it’s possible to save up enough money very quickly, even with the kind of entry-level jobs young people might be taking. Because of this, as mentioned, there’s a very well established backpacking and hostel culture extending through Southeast Asia from Vietnam to Indonesia, which is the most popular route to take, jumping from country to country by night bus and picking up stories along the way.

The next best way to see Asia is through teaching English as a foreign language. As Korea and China become global powerhouses of international business, they require more and more teachers to educate their youth in the ways of the West. And call it the culture, but they want westerners to do it. There are dozens of programs (check out reviews on this website) that place native English speakers throughout Asia. This kind of gap year can be limiting, as it’s difficult to travel extensively with a full time job, but it’s fulfilling and offers time at the end to see the rest of the region.

Voluntourism is another big draw. Though it’s relatively stable now, Asia has a rather sordid history of war and economic disparity that affects everything from children to animals. The rainforest and the Ganges need to be saved, endangered animals like elephants and certain primates need protection and care, and children all over need education and a home. There are projects literally saturating the continent. Finding the right one is simply a matter of planning.

Asia is an incredibly accessible continent with a lot of like-minded foreigners, so don’t worry about planning too extensively. As long as you have the money, the visas, and the programs picked out, the rest will fall into place. In fact – and this is especially true for those doing a backpacking tour – it’s better to minimize planning to a few ideas of places to visit rather than an actual itinerary. This way, it’s easy to change plans on a moment’s notice. It’s so easy to make friends in the area. You won’t want to miss out on a life-long relationship because you didn’t want to lose $15 on that train ticket.

As said, the exchange rate in Asia is extremely favorable to western currencies. Hostels can go for as low as $2 a night, beers as low as $0.20. Popular attractions are rarely more than $3 to visit, while cross-country bus tickets are often less than $20. A westerner can survive on less than $750 a month, and that’s with relatively expensive habits. These standards are relatively firm throughout the area. Bigger cities like Mumbai, Bangkok, Hanoi, and Shanghai may reach higher prices, while a developed country like Korea will be more expensive in general. Regardless, it’s a much more affordable lifestyle than any in the western countries.

Because much of Asia is less developed, there are several health risks to take into account. Much of the areas outside of large cities are infested with Malaria mosquitos, requiring a prescription in advance of arriving. The plumbing isn’t great and in places, dangerous amoeba live in the water. Bottled water should be the go-to source, though be careful, as there have been reports of bottles being filled form the tap and resold. India in particular is terrible with this – the Ganges is one of the most polluted rivers in the world despite still being used as the primary water source for most of the country. Some regions come with their own risks as well – Japanese Encephalitis vaccinations are recommended for certain countries.

Because the cultures are so different, westerners are often targeted by scams. These usually involve the simple overcharging for services, so simply be aware of exchange rates and standard costs. Otherwise, staying safe is a matter of common sense.

Want to take a gap year in Asia? Check out these programs!
Next Prev
View More

The program itself was super fun, I learned how to weld, hiked the Eilat mountains, sorted goldfish (which makes for an excellent conversation starter), and got to sing in a showcase for the entire...

I participated in the 2018 summer program at Free Spirit, where I was a young adult mentor (I was 19 at the time). While there, I had the opportunity and the challenge to navigate the difficult status...

I am so grateful for this program. It helped me find the ability within myself to deal with and manage conflict, anxiety, and what is important to have healthy relationship. It also gave me the... 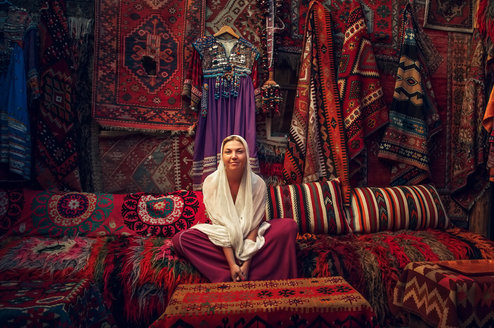 How to Plan Your Gap Year in Turkey 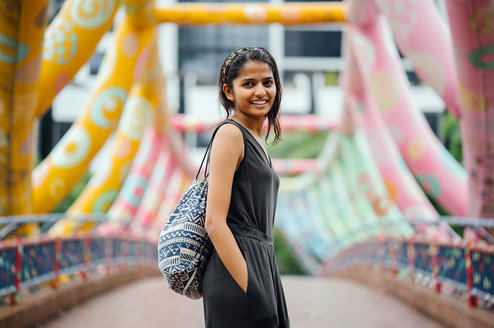 How to Plan Your Gap Year in Singapore