Madagascar is an island far off the coast of Eastern Africa and home to some of the most unique species in the world -- lemurs, baobabs, and micro-chameleons, anyone?

From the gregarious desert tribes in the south, to the reserved, asiatic Merina ethnic group in the cool, central highlands, each corner of this island nation has a distinct personality and feel.

If you want to join a high school abroad program in Madagascar, you'll most likely be involved in a service learning project or a travel tour. Either way, spending part of high school in Madagascar will be an experience unlike any other.

Madagascar is great for students who are interested in anthropology, ecology, biology, environmental studies, and conservational studies.

There are a few options available for high school students to get involved in. Madagascar is home to over 600 species; however, in recent years, over 90% has been lost to environmental and human factors. Students can volunteer to help conserve these plant and animal species.

Additionally, students can help teach English to schools in impoverished areas to help them improve their English. As French is widely spoken in Madagascar, be prepared to brush up on your French skills, too.

There are also opportunities to volunteer in child care centers or in the local comunity. Students can teach the children songs, language speaking skills, or just play and have fun with them!

Summer programs are a wonderful way for students to continue learning in between school terms. These programs typically revolve around a common academic or service learning theme and take students on excursions throughout Madagascar.

Students wishing to join programs over the summer in Madagascar may want to look into programs dealing with medical and healthcare, social work, biodiversity, or environmental studies.

Antananarivo (Tana for short) is the capital city of Madagascar and students will at the very least pass through -- but possibly spend longer here. The city itself is chaotic and bustling, but has some good cultural sites and Western restaurants if you're missing home.

Just south of Tana is the cool highland town of Antsirabe, which is a smaller getaway town famous for its thermal springs.

Further south, in the arid, desert region of the country is Fort Dauphin. It's a hugely popular hub for volunteer projects, study abroad programs, and NGOs. If you're volunteering in Madagascar, there's a good chance you'll be here.

Morondava is the largest city in the west and home to the famous avenue of baobabs.

Travelers must apply for a 30-day visa, which can be extended once they arrive in Madagascar. A visa stay of less than 3 months can be purchased on arrival at the airport, which requires 2 recent passport photos and a return ticket, among other documents you need to present. For anything longer, consult your program provider. More information can be found on the Consulate General of Madagascar website.

Students will typically stay in home stays with host families. Keep in mind that housing in Madagascar tends to be very basic -- homes without electricity and running water are pretty common outside of Tana. Prepare to adjust to less modern standards, such as using an outhouse instead of a flushing toilet.

Although airfare and program fees may be high, the cost of living in Madagascar is extremely affordable. 1 liter of water will be around 44 cents, a dinner of rice and meat (called vary sy loaka) at a local restaurant (called hotelys) is about $1-2. A meal at a nicer, Western restaurant / pizza at a tourist spot will cost about $5-6.

A taxi ride in Tana will be around $2-6. depending on how far you're going. but a taxi or pousse-pousse (rickshaw) ride should be around $1-2 anywhere outside the capital.

Bargaining is very common in Madagascar. If you're buying something in a market or getting a taxi / pousse-pousse, you should absolutely negotiate down the price.

Also note that the currency is Ariary but many Malagasy, particularly in the north and south, will still quote prices in the old Franc. The Franc is about 5:1 with the Ariary (5,000 Franc = 1,000 Ariary = $0.50), so if a price seems high, it's always good to ask "Ariary or Franc?" to confirm.

French is an official language of Madagascar and if you speak it, you'll be able to get by. English is much less widely spoken, but most national parks will at least have one or two English speaking guides.

Malagasy is the main language of Madagascar, and it's worth learning a few words while you're there -- but keep in mind that there are 19 different dialects and variations between each location in Madagascar.

During the rainy season, it's recommended that you pack rain jackets, rain shoes, and waterproof bags in preparation. During the dry season, it's recommended that you pack loose fitting, cotton clothing for warmer weathern. Year-round, the temperature around Antananarivo and Antsirabe (the center of the country) is quite cool, so bring a jacket. A few other things you should pack include:

Keep in mind as well that Madagascar is a fairly conservative country, especially in the highlands. Leave your shorts/miniskirts and shoulder-baring shirts at home.

No vaccinations are required for Madagascar for those arriving from the US, but if you're passing through South Africa, you'll need proof of a yellow fever vaccine to enter and exit.

It's also recommended that you have Hepatitis A / B, rabies, typhoid, and tetanus vaccines before going.

Malaria is a problem throughout Madagascar (though quite low in Tana and Antsirabe), so consult your travel doctor about taking prophylaxis before going. Also be sure to keep covered and use bug spray starting at sunset, as mosquitos that carry malaria are active at night, not during the day. Use a bug net while sleeping if you're able.

You'll also want to make sure that you only drink clean bottled water, wash your fruits and veggies before eating them, and pack medication in case of diarrhea.

If you’re staying in a rural area, there may not be immediate access to a medical center, as most of these are situated in the major cities. The medical care quality in Madagascar is quite low compared to Western standards. Purchasing travel insurance and receiving all of the necessary vaccinations are highly recommended before coming to Madagascar.

While Madagascar is considered to be relatively safe, especially outside of Tana, travelers should still take all of the standard precautionary measures while traveling.

While in the city, watch out for pickpockets. One common scam to watch out for (particularly on the Avenue d'Independence) are small children who will approach you with a hat or small basket begging for money. Using the hat/basket as cover, they will reach into unsuspecting tourists' pockets and take whatever is in there.

In general, things are less safe after dark. Most Malagasy believe in something called "Mpamsavy" (loosely translated to "witch") that come out at night, and will avoid going out too late after dark.

In the southern region, between Fianaratsoa and Tulear / Fort Dauphin and between Antsirabe and Morandava, "dahalo" (cow bandits) are a problem. Although they mostly just steal cows, they have been known to stop and rob buses as well. For that reason, you should avoid traveling on these roads overland. If you're going to Fort Dauphin, fly from Tana instead. 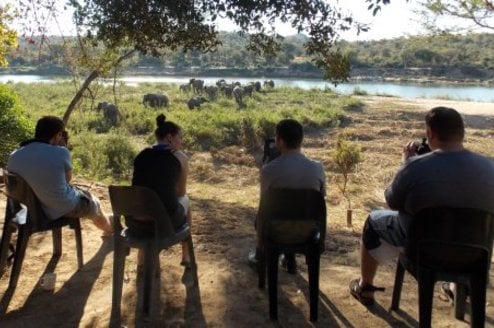 Not enough options in Madagascar? Check out these other High School Abroad programs in East Africa! 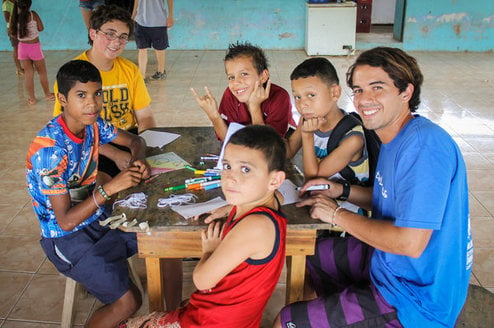 Multiple Countries
5.00 •17 reviews
Meaningful Community Service is an important component to many of our...
View Program 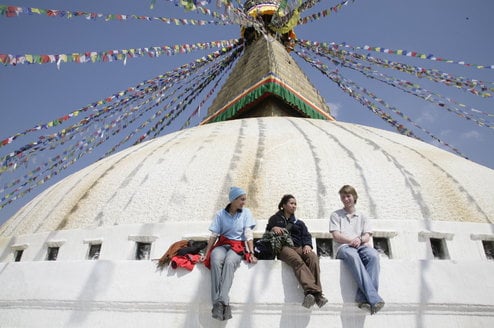 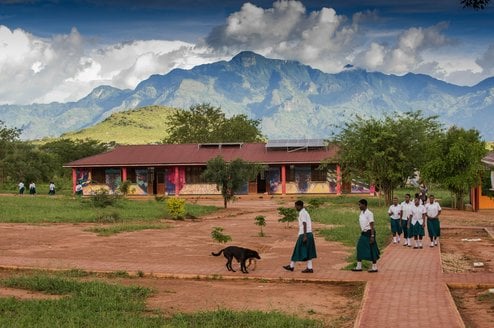 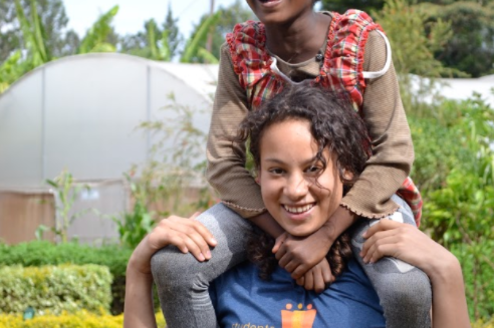 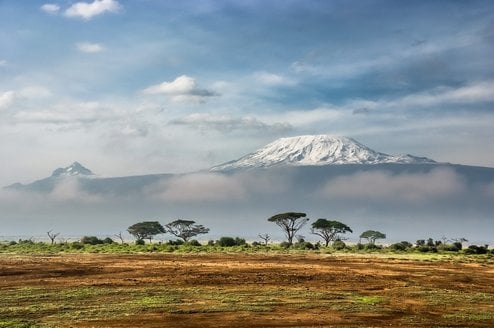 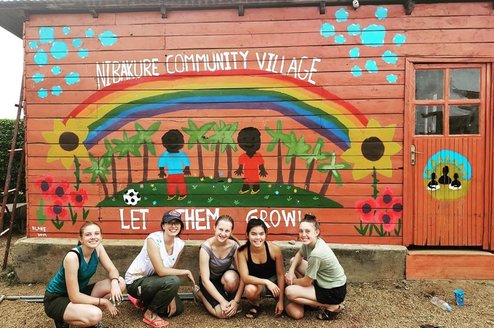