Spreading from the slopes of Mount Carmel to the Mediterranean Sea in northwestern Israel, Haifa is the country's third largest city, known for it's ethnic and religious diversity, fast-growing tech industry, close proximity to beaches with excellent surfing and sailing conditions, and the nature-haven of Carmel National Park.

With two sizable, well-regarded universities, Haifa is city that draws in students from all over the world. Most students who study abroad in Haifa study at the University of Haifa, a world-renowned institution with a large international student population, beautifully situated at the top of Mount Carmel on the southeast side of the city, bordering Carmel National Park. For students particularly interested in science and technology, studying at Technion-Israel Institute of Technology, is another common option for study abroad.

No matter which you choose, spending a semester or year in Haifa is a great opportunity to experience all that Israel has to offer, both academically and culturally.

Haifa, a bustling international port city, is known for its fast-growing tech industry and ethnic and religious diversity. Haifa’s religious and cultural mix includes Bahá'í, Jewish, Christian, Muslim, and Druze communities. The city’s historical and cultural attractions include museums, film and music festivals, an internationally acclaimed symphony orchestra, theatre, and numerous cinemas, night clubs, restaurants, and pubs. From Haifa, is it easy to access other parts of Israel, with Tel Aviv, Jerusalem, and Ben-Gurion Airport all less than two hours away.

As an international student, there will be plenty of opportunities to immerse yourself in the culture and explore the diverse ethnic makeup of Haifa. Some opportunities for cultural immerse offered through your program provider or university include lectures on Israel’s role in the Middle East and the complexity of Israeli society.

Outdoor adventures are steps away from the University's campus in Carmel National Forest; explorations of urban neighborhoods where Jews, Christians, Muslims, Druze, and Baha’is are committed to living peacefully; and involvement in campus life by joining student clubs and sports teams. International students will also have opportunities to find internships or volunteer work at places such as social work agencies, public and special education facilities, health services, museums, and community center throughout the city.

While some culture shock is natural when studying in a new country, there are plenty of support systems that can help you adjust while studying in Haifa.

If you are studying through a third-party program, you will have plenty of support on the ground, as these programs have on-site staff who are dedicated to providing you with the best study abroad experience, from securing appropriate student housing to organizing exciting field trip and overseeing your general well-being. They will arrange your housing, assist you with registration, and provide a mandatory on-site orientation to help familiarize you with the city and university.

If you are enrolling directly in the University, you will have study abroad university staff on-site to support and assist you, as well as Madrichim (social activities coordinators) who build and implement the social activities program with a particular emphasis on helping international students immerse themselves in campus life.

Since you will most likely be living right on campus in student dormitories, most of your lifestyle will revolve around campus and university life, from courses to extracurriculars and campus events. Even though you'll be busy with student clubs, teams, concerts, lectures, holiday celebrations, and other activities on campus, it is common for students to get off campus and explore other areas of Haifa for internships or volunteer work. Additionally, you will have the chance to take day and overnight trips to other destinations in Israel through your program or university.

Due to Israel’s large Jewish population, you might assume that people from other religions have a harder time in the country. However, churches or mosques are available in nearly every city and Christians and Muslims practice their religion and traditions freely.

Despite this religious mix, a majority of the country recognizes the Jewish holiday of Shabbat, beginning a few minutes before sundown on Friday and ending approximately 40 minutes after sundown on Saturday. On Shabbat, many businesses and services are closed throughout the country. This is a very big change for Americans in particular because Saturdays are typically the busiest days for many services.

When planning your study abroad experience in Haifa, one of the most important considerations is whether you want to enroll through a third-party or directly in the University. This will largely depend on what you want to study, as enrolling directly to the University of Haifa will provide you with more options of courses you can take. If you are interested in studying at Technion, you can do so by enrolling directly in that university, or by enrolling at the University of Haifa and taking classes at both schools.

When planning your study abroad semester or year in Haifa, third-party enrollment, direct enrollment, and direct exchange are all viable options that students choose to take. A few well-known study abroad providers, such as CIEE and USAC, offer programs in Haifa. These types of programs are common options because they offer a bit more support and some extra programming that you wouldn't get through enrolling directly into the University. Third-party programs will also provide you with a cohort of other international students who are studying at the university through your same program. However, enrolling directly into the university is also an option many students take, as this option will provide you with the most options of courses you can enroll in at the University. The last option, direct exchange, is only allowed through certain schools which the University of Haifa has an agreement with, so you will have to be sure your school is one of them.

No matter how you choose to enroll, you'll have a plethora of course options at the University of Haifa. Some popular areas of study include International Relations, Psychology, Middle Eastern Studies, and Peace and Conflict Studies. Most students choose to take all their courses in English, but most take Hebrew and/or Arabic language courses as well. Students with advanced Hebrew skills can enroll in regular University of Haifa courses with special permission. For students interested in science, technology, and applied research, Technion is a highly ranked university in Haifa that also takes international students for a semester or year of study abroad. Students can either enroll directly to Technion, or they can enroll in the University of Haifa and take up to two courses at Technion.

Students that study abroad in Haifa will live in university residence halls right on campus. Each student has a single room and private bathroom in a suite of six students with a shared kitchen and living room. Suitemates are a mix of Israeli and international students. Each dormitory offers 24-hour security, kitchens, laundry facilities, TV, and wireless internet. The dorm buildings are conveniently located across the street from a supermarket, fitness center, and community area. Various dining options are available throughout campus, including cafés on campus, and it is also common for students to cook in their dorm kitchens.

There are several means of public transportation which make it easier to move about the city, including many bus lines, special ‘neighborhood lines’ in several neighborhoods, and taxi service. In addition, Haifa has also the only underground transit system in all of Israel. The underground funicular, called the Carmelit, reaches every neighborhood in Haifa, enabling easy access to dozens of sites in the city including museums, shopping centers, gardens, promenades, and restaurants.

Israel is a developed country with a fast-growing economy, and cost of living in Haifa is similar to living in a metropolitan area of the US or Europe. However, there are many ways to budget or supplement your expenses by applying for grants and scholarships. It's also good to keep in mind that your campus housing will be included in your program or university costs, so you won't have to budget any extra for monthly rent.

The cost of living in Haifa is pretty similar to that of a popular metropolitan area in the US. In general, Israel is not the cheapest country to live in, but Haifa is more affordable than other cities like Tel Aviv. You can get a monthly public transportation pass for around $60-$65 and a decent meal out for $15-$25. There are definitely ways to help stay on a budget, such as making use of your dormitory kitchen rather than always eating out and taking advantage of all the free campus events and activities, rather than paying for ones throughout Haifa. While the costs of food in supermarkets and restaurants will be comparable in price to what you would pay on average across Europe or the US, every major city in Israel boasts a big market (or shuk) where you can buy popular local dishes for ridiculously low prices.

All US passport holders are required to obtain a student visa prior to departure for Haifa. However, you will not be able to apply for your student visa until you have received your official acceptance from the University of Haifa. The process of getting your visa can take 4 weeks or longer to complete. During this time, the consulate will have your actual passport while your visa is processed. Non-US citizens should check with their home country consulate, as well as the Israeli embassy, regarding visa requirements.

Can You Work While Studying in Haifa?

It is possible to find work while studying abroad in Haifa, especially on the University of Haifa campus. There are often open positions on campus in a variety of areas that are suited for students who are balancing work and studies. It will be more difficult to find work off campus, but if you are not as concerned with making money but still trying to gain work experience, your program or the university can definitely connect you to an internship or volunteer opportunity in your area of interest. 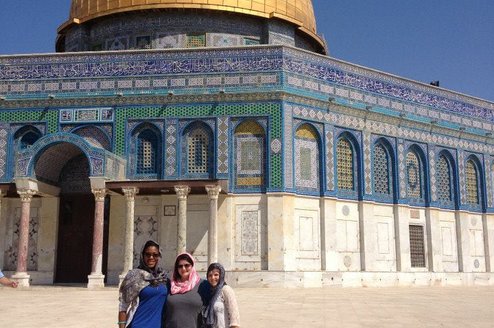 5 reviews
Save to Wishlist
USAC

USAC has teamed up with the University of Haifa in Israel to offer a... 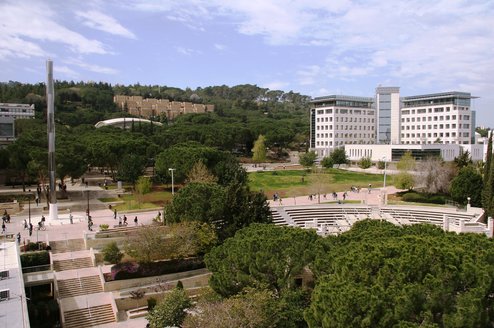 Save to Wishlist
Technion - Israel Institute of Technology

The Summer School in Engineering & Science is an opportunity for... 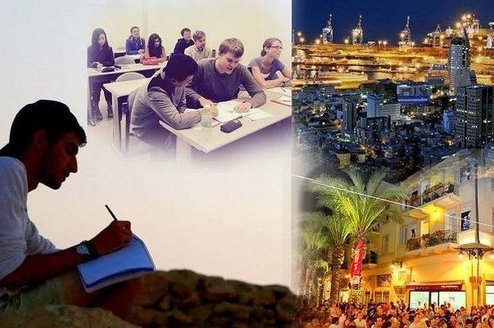 1 review
Save to Wishlist
University of Haifa International School

Study Abroad at University of Haifa International School in Isreal

Students who come to the University of Haifa International School for...

Other Study Abroad Programs in Israel

Not enough options in Haifa? Check out these other Study Abroad programs in Israel!
Next Prev

Looking for something to do during your time in Israel? Check out some of these tours and trips!
Next Prev 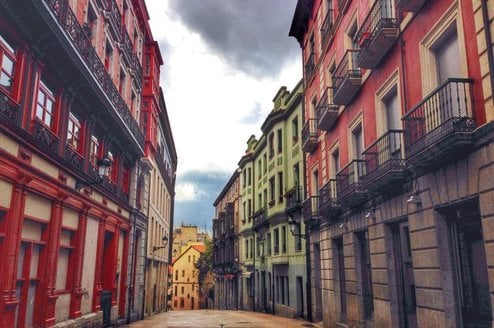